The “High Sparrow” of SJW Marvel

Who is this anonymous person bullying other comic creators? What is the evidence of “harassment” that they claim to have but won’t show anyone else? Drama, drama, drama… check out the latest video from “ya boy Zach”!

The High Sparrow of SJW Marvel 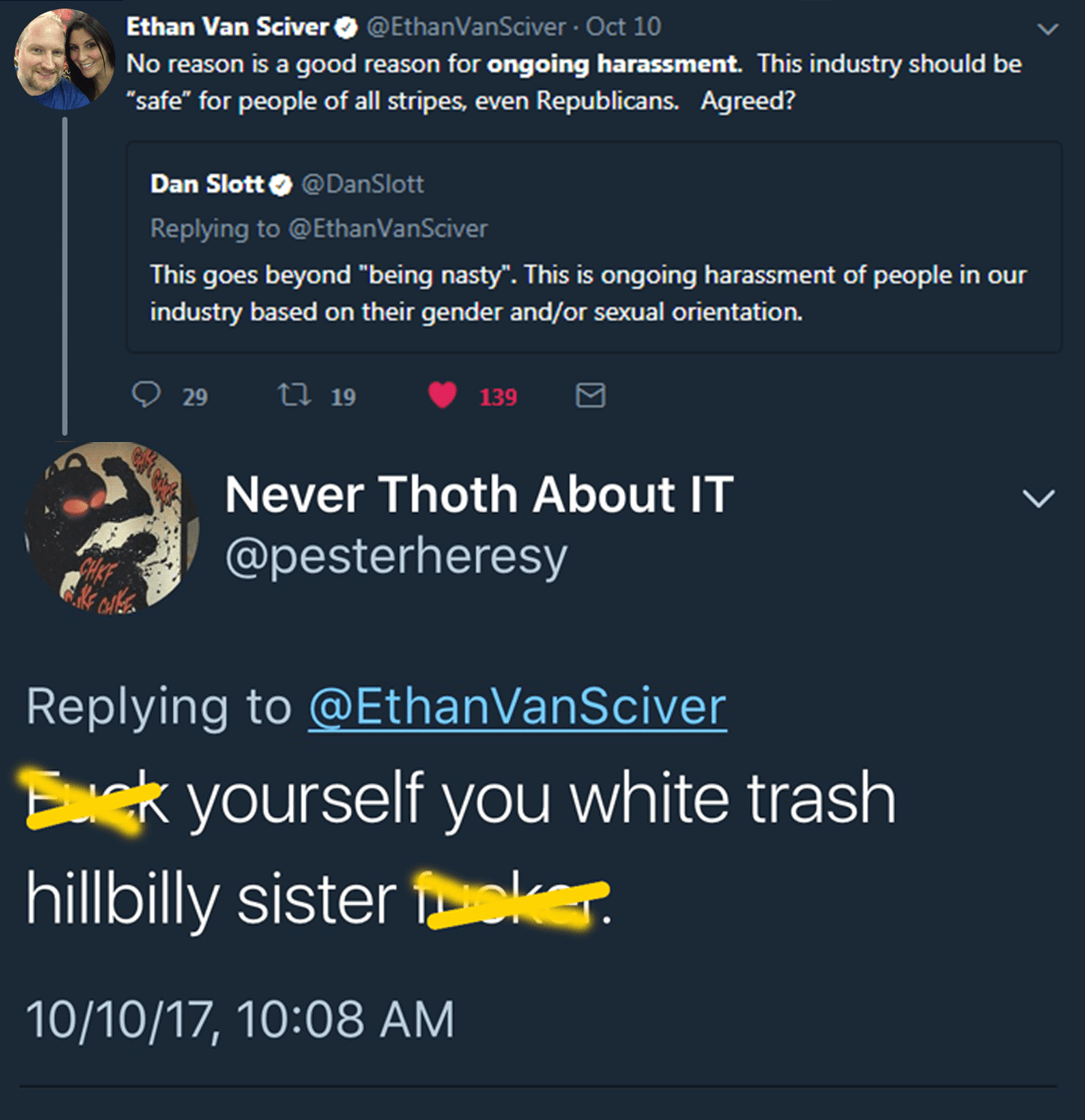 Does this exchange on October 10 via Twitter qualify as online harassment of comic creators?

Many people may be aware that because of Ethan Van Sciver’s political leanings he’s been smeared by some fans as a “NAZI!”. Ethan admits that he usually votes a republican.

Eating Their Own: Megan Fox Shocked ‘Cancel Culture’ Turned On Her