Is Batwoman Being Attacked by Trolls?!?

Last week, CW released the first trailer for Bawoman. It was welcomed by mixed reactions, but the overwhelming majority were negative. I was concerned about this series back in January when we first saw Batwoman on CW. Most people, myself included, were not impressed with the hints of feminist ideologies that we saw in the trailer. A lot of it seemed to scream “I am woman, hear me roar” type of nonsense. Within a week, the trailer had collected 250,000 dislikes, and over 66,000 comments on Youtube, and it should be obvious that most of those were not very positive. The first full-length trailer for Batwoman was not well-received.

Immediately, the press started doing damage control, and just like we’ve seen before with Captain Marvel, they trope of blaming trolls and defenders claiming the trailer was being “troll bombed”. Since when did having an opinion mean you were bombing something? Can you not express that you don’t like something as freely as you can say you DO like something? Sheesh! 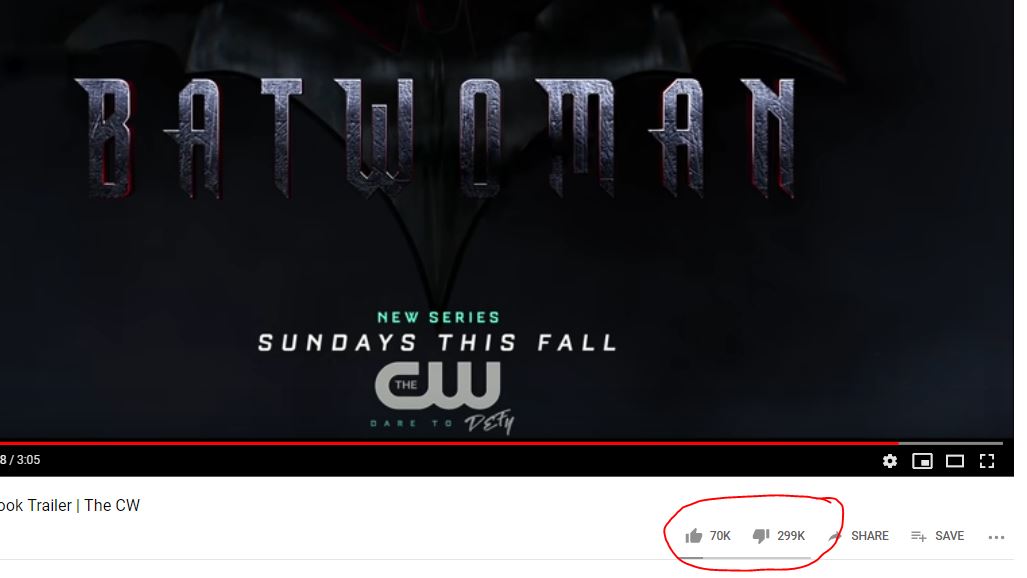 In my video below I go over an article I just read claiming that trolls are attacking Batwoman, and no this isn’t the plot to one of her adventures…!

CW | Batwomen is Getting Bombed by TROLLS | Captain Marvel 2.0