Gratz Jason Yungbluth! You Made Anti-CG Look Even More Foolish

In what was thought to be a very great opportunity to clear some air, mend some fences, exchange ideas and perhaps, just maybe some understanding;  #ANTI-ComicsGate talking head –  Jason Yungbluth  – was given an opportunity to  converse on a truly moderated platform in a live debate with Ethan van Sciver. 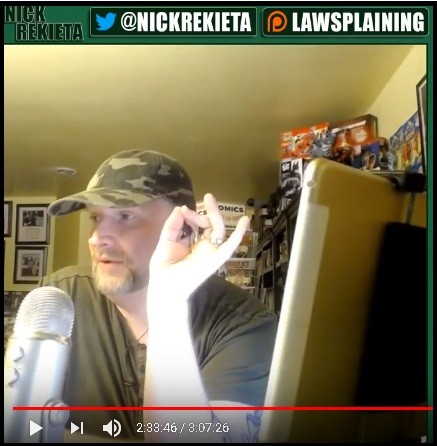 The discussion was slated to a YouTube channel hosted by Rekieta Law. 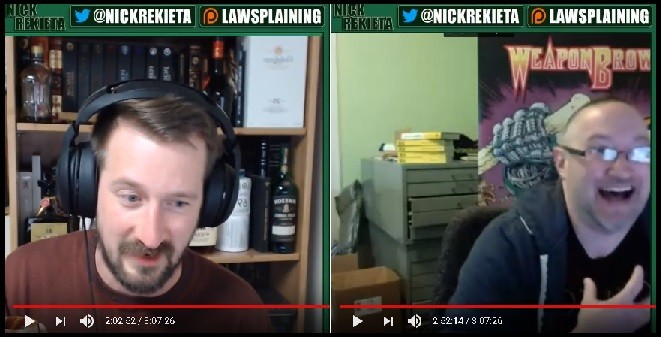 Nick Rekieta is a licensed attorney, an advocate of free speech and frequent commentator on subjects of law and sometimes pop culture. He offered to act as moderator.

During the course of the predictable – literally unfolding before our very eyes – for a time, Jason was presenting himself as an articulate and rather thoughtful and moderate person to engage with for this sort of thing. Lots of #ComicsGate folks were hopeful.

What transpired as the three hour “chat” unfolded however was regrettably, what we all should have seen coming – a debauchery.

A slaying, no – A seppuku, a harikiri of imaginable proportions

Truly, a magnificent sight to behold

Jason was presented with legitimate answers to his questions and issues by his adversary.

Jason chose  instead to highlight for nearly 50 minutes the odd behaviors of others.

Blocked on that avenue, he tried assigning guilt by association.

As he stumbled and faltered, he groped around sprinkling his mutterings with the protestations and anecdotal imaginings of third parties who strangely were not present for the actual discussion.

( I smelled me some filibuster samiches)

The whole fiasco record scratched into history when warrior and “diversity advocate” Jason Yungbluth used the word “FAGGOT” three times in order to spice up his locution. 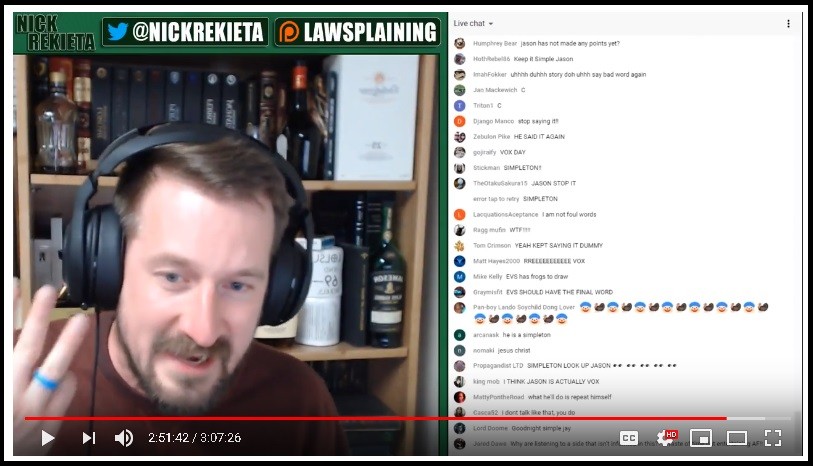 His attempt at this type of verbal shorthand did not produce the intended effect.

His remarks served only to infuriate the moderator. 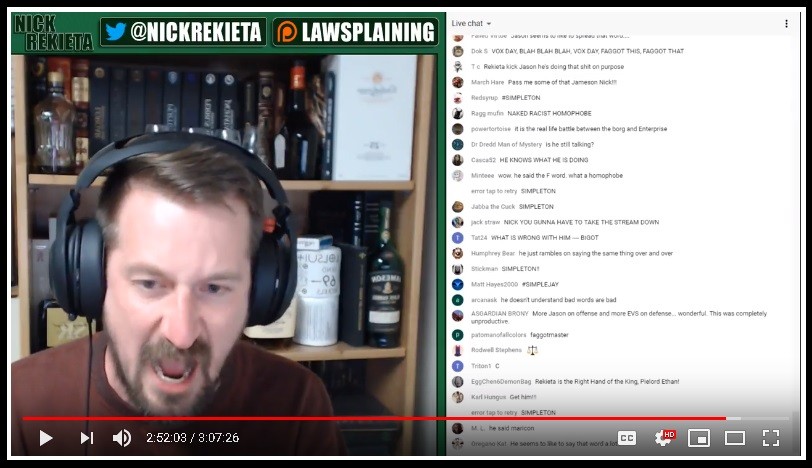 With the apparent sabotaging of his channel happening in real time and his guilty guest offering nothing but nervous laughter followed by meek silence,  Nick had some very choice words –

“…I think you should be able to say whatever you want…” 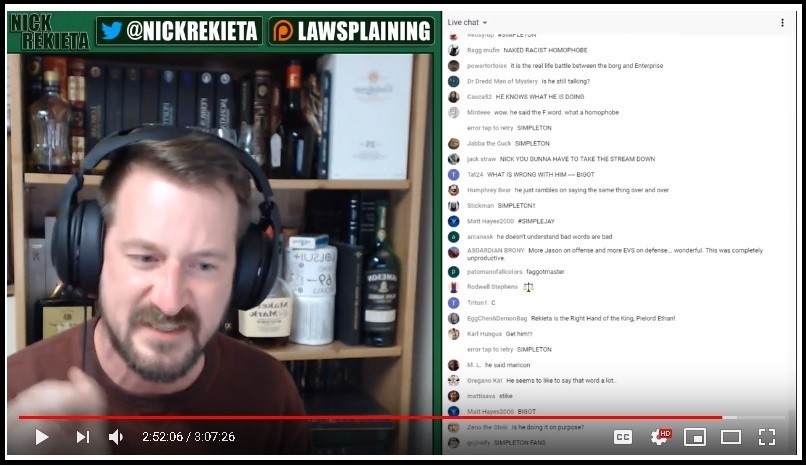 “…YOU are dropping words that will get ME kicked off the internet !!!!”

I would like everyone to ponder this morning when they are getting up and may be reading here with coffee, one of the few genuinely effective points that was made during the course of this…derailment.

During the course of what will go down in comic history as a painfully exquisite and delightfully ironic moment, one very good question was put to Ethan van Sciver in regards to the role that #ComicsGate should or would play in comic history.

What do those in the #ComicsGate movement propose in order to fix the mainstream comics industry?

I and countless others think that this is the question that really is at the core of everything that this consumer revolt is all about.

The answer provided was one of the most astute proclamations that could ever be offered on the subject.

I will paraphrase here for those that don’t have three hours to spend watching an incredibly fascinating conversation followed by a car crash.

#ComicsGate stands apart from the mainstream.

Why do these crazy people think that #ComicsGate is here to fix their problems?

For those servile subversives who have been given the chance to have meaningful dialog it’s always the same shit show.

They fail to provide any convincing or thought provoking exchange let alone evidence.

When they are faced with defeat in the dialog they opt predictably to delegitimize and sabotage a platform rather than actually provide anything of substance let alone articulate anything that might resemble a solution.

Great news though gang, this is serving the point very well here as sad and pathetic as the display itself may be.

For me, this was a pleasant treat to have to wait until 2am and witness this live I can assure you. My wife was awoken to my howls of laughter I’m not ashamed to admit. She came out to see what was going on and she stayed up and had some laughs too. We had a great time in the wee hours of the morning. Our many thanks to Uncle Ethan and Nick. To Jason we can only say you’ve got some spirit and you were very brave. For the rest, if you weren’t up all night long to see it for yourself, you can check out the entire video right here –

And if you want to see Ethan’s post-mortem discussion on the chat, check out this video here.