Bounding Into Comics Deplatformed: How to Combat this Censorship? 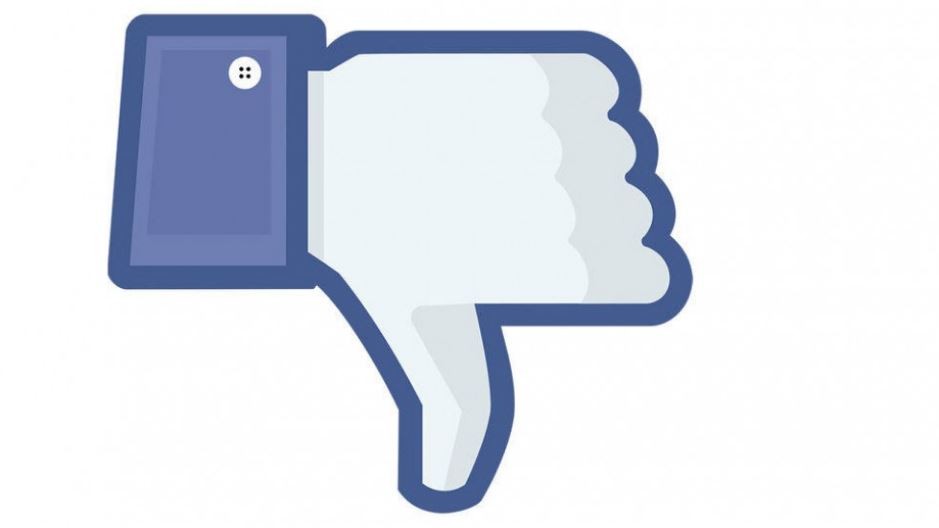 In case you need a debriefing, Facebook censored our friends at Bounding Into Comics from their platform. No explanation was given.

John Trent of Bounding into Comics has been a friend and an ally to the head staff at Bleeding Fool for quite some time now, so the big question is, where do we go from here? Therein lies the problem, not that there aren’t alternatives, but that as a whole Americans (and maybe the world) are so used to the big names – Facebook, YouTube, Twitter, Instagram, etc, that we’ve forgotten there ARE alternatives to these big tech giants. We have to remind ourselves that at one time AOL, MySpace, and Yahoo-groups were the big names (at the turn of the millennium,) yet we thought them too big to fail. And yet quietly, overnight they fell and fell hard.

There are a plethora of sites that do not subscribe to the left wing partisan politics of the big names. Rather than try to figure out how to fix the situation with Facebook and its partners, it is in the best interest of freedom-loving, pro-arts citizens to seek out alternatives and to patronize them. It has been said, money talks. This is indeed true as Lucasfilm, for example, does not care that fans hated The Last Jedi. Instead, they only care it made over a billion dollars, and this is why Episode 9 MUST fail if Lucasfilm and Disney are ever going to get the point. However, that is a separate article altogether and one I may write as we draw nearer to that film’s opening.

James S. Robbins, writing for USA Today had this to say about social media censorship of conservative voices last August:

…President Trump took aim at the rising trend of censorship on social media platforms. “Social Media is totally discriminating against Republican/Conservative voices,” the president Tweeted on Saturday. “Speaking loudly and clearly for the Trump administration, we won’t let that happen.” He said that “[c]ensorship is a very dangerous thing,” and urged social media companies to “let everybody participate, good & bad, and we will all just have to figure it out!” Ironically this used to be the position of the ACLU, before it decided to start balancing speech against its possible impact on the progressive agenda.

Most reporting on this topic has focused on the banning of conspiracy-monger Alex Jones from many social media platforms. But the censorship drive goes well beyond Infowars. Conservative author Doug Wead published a detailed analysis showing how Google systematically stifled his content from being available on Youtube and in Google search results. John Hinderaker writes how Google did the same to Dennis Prager and his Prager University videos, and when Prager went to court over it, Facebook piled on and reduced the reach among his 3 million followers to zero. And a confidential memo by Media Matters from 2017 detailing how major social media platforms can collude to eliminate “right-wing propaganda” and “fake news” was recently exposed.

…It is becoming clearer that these social media platforms are having a corrosive effect on public debate and expression generally. Paradoxically, greater access to information has not led to more informed public discourse. Even with all the world’s information at our fingertips, discussion has gotten coarser, more superficial, more vulgar, and more prone to threats, insults and violence. Social media also pull together and empower radicals of all stripes by making it easier for them to collaborate and pass on their toxic brews.

Chilling. So let us take a look at some alternatives.

With Facebook removing Laura Loomer, Alex Jones, Paul Joseph Watson, and now Bounding Into Comics just in time for the 2020 primaries and elections, they will ensure that there will be plenty of one-sided media coverage of said elections. I imagine that voices opposed to their approved “state narrative” will be silenced at all costs. I think it is time we stop patronizing Facebook for our businesses and trades. One such alternative that is starting to take steam is MeWe. The front page states, “Your private life is #Not4Sale. No Ads. No Spyware. No BS” Please check out this review of MeWe so you can form your own educated opinion. Bottom line is, with MeWe, there is no privacy issues, your personal data isn’t for sale and you are in total control of your content. I may even create my own MeWe account after this. I own two business pages on Facebook: Alazmat Films and Alazmat Comics. I have been considering shutting those two pages down, especially since I, a comicsgater, would fall into the category of someone Facebook could easily censor. I’d rather go out on my own terms.

As far as YouTube alternatives, there is obviously Daily Motion and Vimeo, though the former, not as prominent as YouTube, does have its share of copyright restrictions, and the latter seems limited in terms of live streaming, but so far I haven’t heard of any political meandering from their site. YouTube’s popularity stems from its alleged easy to monetize options which, in the recent years, has become increasingly difficult to do. If you don’t have enough subscribers, or enough views, or hours viewed, you won’t get monetized, and when you do get monetized, YouTube will very easily find reasons to demonetize you (and if not YouTube, then a company like Warner Brothers will monetize your content if you “borrow” theirs for, say, reviews or critiques.) Youtubers frustrated with these strict monetization policies flocked over to Patreon, and for a while Patreon seemed to be the way to go, until they kicked off Sargon of Akkad for something he allegedly said years ago. Patreon’s political leanings came into question and now it seems no one is safe even on Patreon. Myself, personally, I offer as a viable alternative Tellyvizion.

For me, Tellyvizion is where I host all of my feature films now. I also have a weekly radio on Tellyvizion show called Filmtastic Fanatic where I discuss films and comics to an audience unaware of what is happening in entertainment culture: 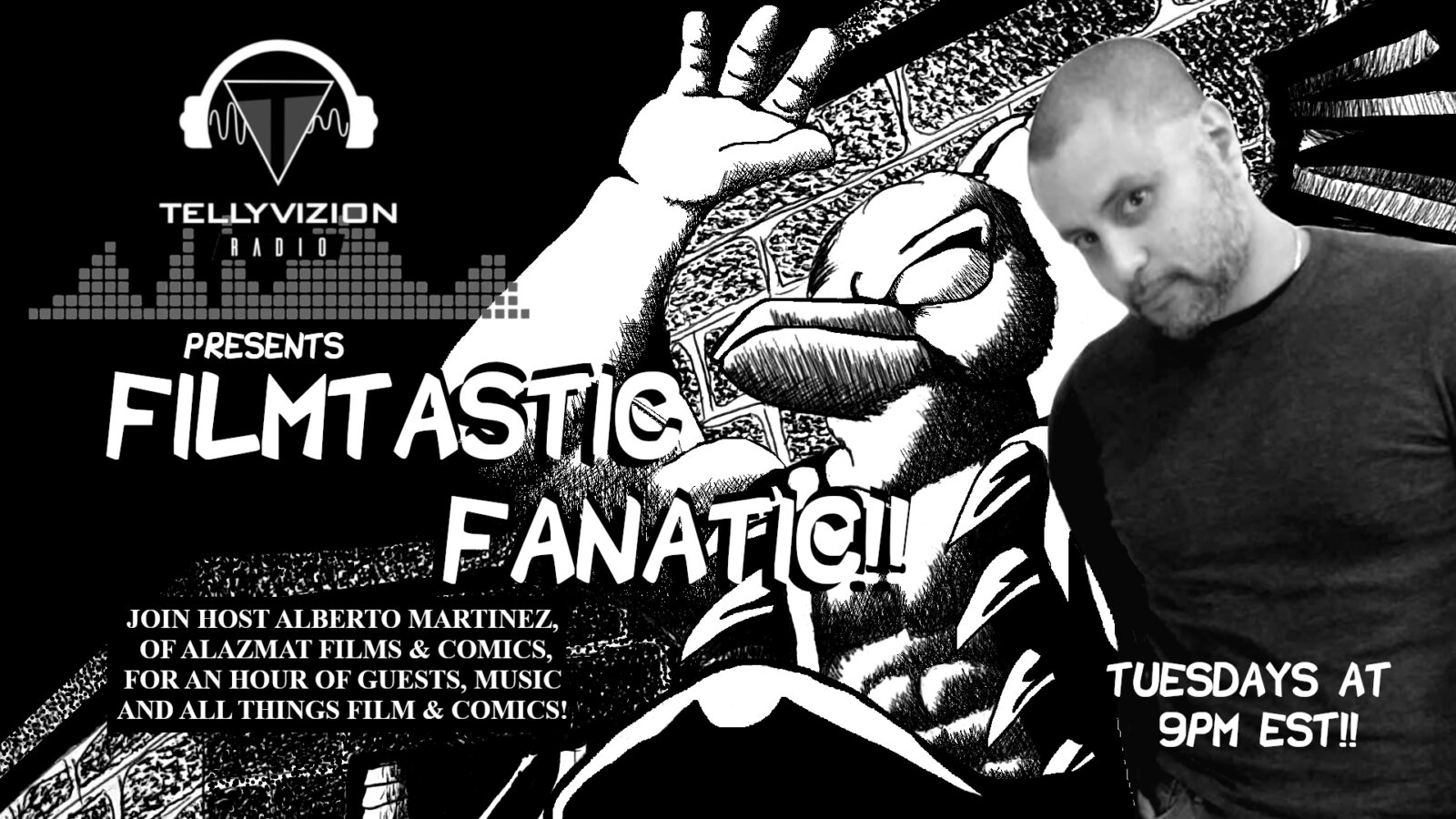 These are platforms YouTube does not offer. Each video has a money bag icon that allows the viewers to make a donation to your page. You can also upload content for purchase if you feel your channel is big enough to get those clicks. And even if you don’t think so, nothing would be stopping you from getting paid for your work. The CEO of Tellyvizion, Sam Golden, stresses the importance of artists getting paid. As an artist himself, he knows it is vital that content creators make money off their content, and stresses that politcal leanings do NOT affect your standing on Tellyvizion. Tellyvizion has hosted some of my Comicsgate stuff in addition to my feature films. I definitely recommend opening up your own Tellyvizion page and start getting monetized. Competition and patronizing is the only way to preserve our rights to express our voices through creative content.

Ultimately the point of this article is not to spoonfeed you alternatives, but to challenge you to find them and make them the standard for which we as artists will express ourselves to an eager audience. Bounding Into Comics will ultimately find a social networking home somewhere and resume its enterprises, and when they do we must continue to patronize and support them and let the big tech giants know that they need us, not the other way around. Perhaps it’s time we get out of our boxes and seek a bigger world out there. There is definitely a world left to explore and it won’t be limited by Facebook’s close-minded visage.