Last night I discovered that a print book of Atari’s Centipede property referenced me in multiple places by name in an effort to defame and diminish me as a comic creator and a human being. The most egregious of these statements was “Jon Del Arroz is a never was fat piece of shit who blames everyone but himself for his ineptness.”  Bounding Into Comics posted the relevant panels in the comic here.

From Bounding Into Comics

In Centipede #4, which was published on October 25, 2017, Bemis writes, “Jon Del Arroz is a never was fat piece of sh**who blames everyone but himself for his ineptness.”

We’ve inverted the image so you can read it better.

But this wouldn’t be the only instance Bemis and letterer Taylor Esposito attacked Del Arroz in the comic. They would do it again saying, “JDA (Jon Del Arroz) can’t get it up.” 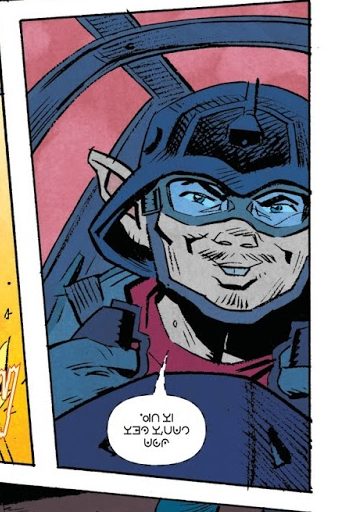 Here is the inverted image. 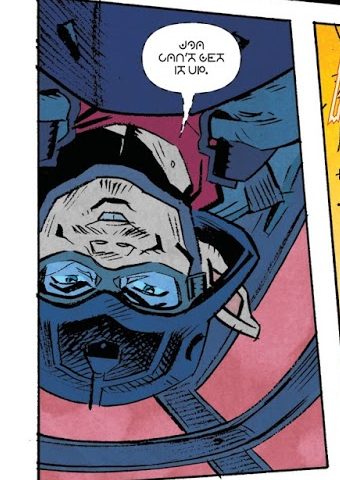 They would do it once again in the same issue writing, “JDA can’t get hard unless he complains that SFWA him down.”

Once again here is the inverted image.

For context, SFWA stands for Science Fiction & Fantasy Writers of America. Del Arroz has been highly critical of SFWA. He even released a press release this past April calling out the SFWA President Cat Rambo for “contempt for the independent author community.”

“What letterer Taylor Esposito was hurtful, wrong, and about the most unprofessional thing I’ve ever seen come out of the industry. This book went out to hundreds of shops, and my name is now circulated in thousands of print books without my permission, and in a demeaning fashion. This sort of thing has no place in fandom, and is especially shocking to be done to a minority creator like myself. It is bullying, pure and simple.”

“Esposito owes me an apology.”

“However, I have been in contact with Dynamite Entertainment, who apologized themselves and said they were unaware of the situation and that it slipped past editorial by mistake. They also say it’s been corrected for the trade paperback edition. They also very cordially said they would support my Flying Sparks indiegogo effort as I’m trying to launch my own comic career.”

“It would have been very easy for Dynamite to ignore me and to let this go, but they in their quick response and quick taking action to remedy this are doing the right thing. The company was hoodwinked by a rogue contractor who has lost the trust of the entire industry by inserting personal animus into a book, and saying the most horrific things about a fellow creator. They understand this, they are doing what they can to make it right even though the hurtful damage has been done.”

“I do not want my fans and followers to boycott Dynamite or take any action to try to harm them. As I said, the company has been consummate professionals to me and I appreciate their efforts they’re going to to make this right. We do not want to be like our political opponents and go down the line of “an apology is not enough!” That sort of thing is what dehumanizes and hurts people for doing the right thing, and Dynamite is doing the right thing here.”

“Personally, I am supporting two Dynamite books monthly: Dejah Thoris and Swashbucklers. As you are aware if you read this blog, I always put my money where my mouth is. I will continue to buy these books and thank Dynamite again for their quick action they took in this matter.”

“If you want to support me, again, don’t hurt this company, but do support Flying Sparks, my IndieGoGo comic. It features art from a long time Dynamite artist, Jethro Morales, who worked on Dejah Thoris and Green Hornet. Despite the mistake in Centipede, this company is an ally.”

For Mr. Esposito’s part, he has not apologized and is blaming it on an unnamed intern. In a series of tweets, he failed to apologize to Del Arroz and refused to take responsibility for the insults.

Unfortunately, it was realized after the issue went to print and it was corrected immediately for the collected edition because that needed to be taken care of. After it was found out, that intern was dealt with and had the incident noted to their school. 2/

They were a young kid, they thought it was being cute.

For their part, Dynamite Entertainment was surprised and apologized to Jon, even retweeted his Indiegogo campaign. 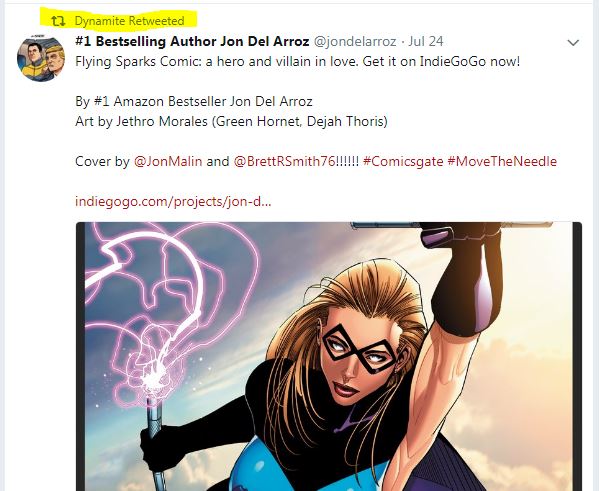 But no apology from the actual letterer on the book. Until Mr. Esposito disavows that hidden text and apologizes directly to Jon Del Arroz publicly, then he shall be considered as culpable as we suspect he is. We also expect Dynamite Entertainment will publicly disavow these actions and either name the intern or stop working with Esposito.

After all, he has a history of attacking comic creators he disagrees with. Sadly, this latest attack is not shocking.

Anybody actually believe there’s a mystery intern who snuck in clever secret lettering on Esposito’s assignment?

We expect @TaylorEspo will be issuing a sincere and public apology to @jondelarroz for this unfortunate blunder. When will you be making your apology for this, sir? https://t.co/OauGTrJJOF