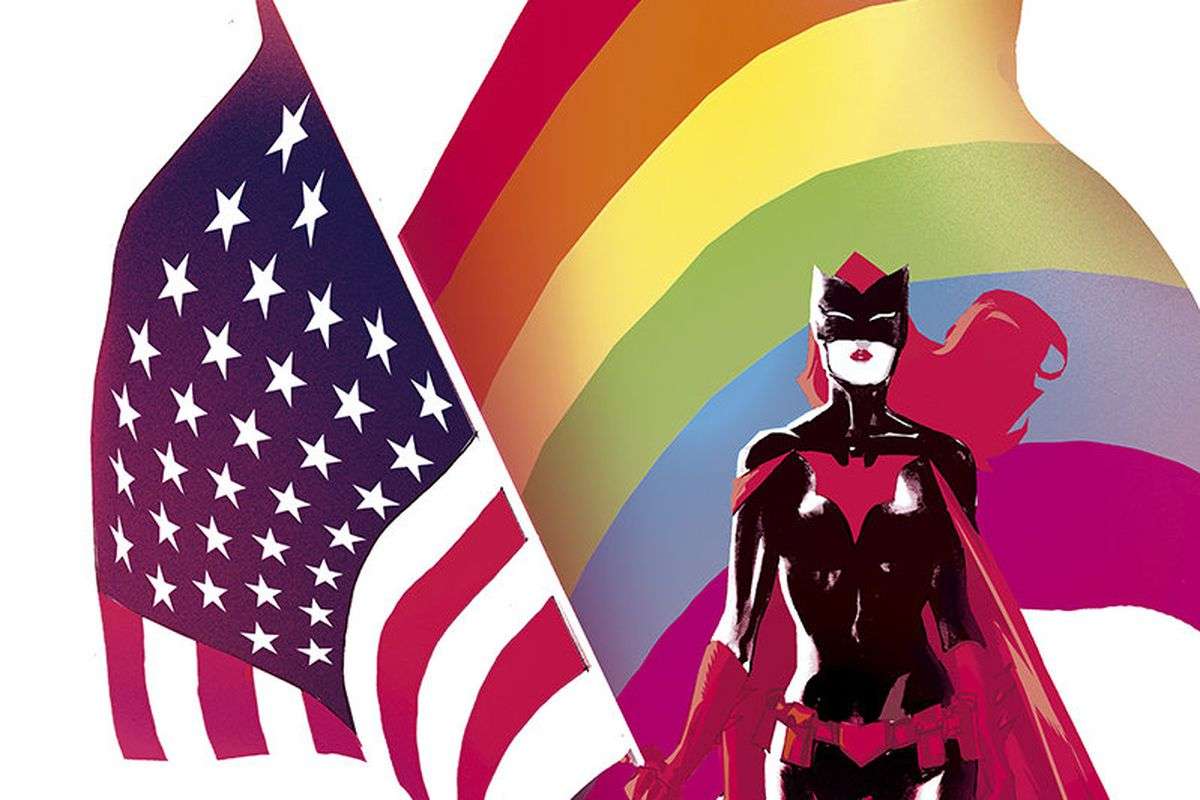 The phrase ‘Diversity and Comics’ has been kicked around generously in and out of Comics Gate circles for close to 5 years now. Originating with Richard C Meyer, (‘Ya Boi Zack’ on Youtube), the phrase (and name of Richard’s Youtube Channel before it was shifted to ‘Comics Matter w/Ya Boi Zack’) has become a type of shorthand, all inclusive term, when referring to the menagerie of issues plaguing not just the comicbook industry, but superhero geekdom as a whole.

Jumping to today, the term is about to get an entirely new and fresh meaning, as ‘Diversity and Comics’ will now be the go-to mantra for Marvel and DC Comics’ all new inclusive rating system launching in a few short months. Designed specifically to keep readers aware of the content inside their monthly floppies, this shift means choosing your comics is about to get a whole lot easier, and more inclusive.

Currently 5 new rating badges will be printed on upcoming issues of all Marvel and DC Comics that will help identify the characters and themes within their books. Starting in June of 2022 The following diversity ratings for all books will be: ‘B’ for Black, ‘W’ for White, ‘G’ for Gay, ‘H’ for Hispanic, and ‘?’ for Trans. The hope is that by labeling the books, it’ll minimize any possible confusion by the reader at the time of purchase. The plan is to reassure readers as to what to expect when turning the pages.

“No one wants to buy a book where the story or characters might surprise you. We’re optimistic that this new system will help curb any possible negative  reaction ahead of time. Comic Book stories shouldn’t be about teams of different people coming together to overcome adversity. Comic book stories should be about one minority’s quest for recognition, all while keeping their identity a secret to the world,” AT&T’s Acquisition and Mergers Junior Strategists, Glen Heisenstein said.

More ratings are set to release should under-represented minorities request it. The new rating system will help readers not only identify the interior content, but hopefully publicly identify themselves as well.

“Each issue will have a large badge proudly printed directly under the header that will display its diversity rating and remind the world that we’re not messing around. What’s the point of being on the right side of history if you can’t tell people about it? Also, we don’t want people reading these books if they’re not for you, yknow? Comics are for everyone; specifically the ones we say they’re for,” Marvel’s Chief Fulfillment Officer of Marketing and Interactivity, Jenna Levine, said yesterday. But there’s an added effect, and that’s the one of signaling. “You have to understand, if you’re black or gay, or Mexican, can I say that? I mean Hispanic… If you’re any of these things, we want you to read your comics and let everyone know who you are. It’s not a virtue signal, it’s a decency signal. It’s going to be considered the decent thing to do to help categorize yourself in large groups, whether in a public setting like ComicCon or even the grocery store. In a perfect world, these badges could even be used for lifestyle branding.  It would be great if we could sell T-shirts with a huge ‘G’ or ‘B’ on it, so fans can display that fandom,” Jenna continued.

When asked to comment about the new brave and bold direction, DC Comics Senior VP of Cross Promotion Accounts and Logistics, Dan Debry had this to say: “It’s not just about identity. It’s also about a new way of doing business that will benefit the entire community.”

He continued: “Moving forward, all books Rated ‘B’ will be in the back of the store. We think this will significantly help with foot traffic and allow African American readers more time to peruse each book without fear of being watched by the clerks in the front. Books Rated ‘W’ will be in the front of the store and will cater to the faster, on-the-go clientele that prefer to get in and get out because they’re on their way to work. Books with a ‘G’ and ‘?’ will be next to the bathrooms, and customers who prefer ‘H’ Rated books will have their very own entrance on the side of the store next to the dumpster. It’s all very innovative and we know it’ll truly revolutionize the buyer’s experience for the better,” Dan said gleefully.

But it doesn’t stop with ratings. An entirely new set of terms will be ushered in that will help signify the much needed change being recognized by the Big Two. What else is in store? Beginning in June, all gay or gayish superheroes will now be referred to as “super-querros.” This won’t just be a marketing term, but also a common vernacular used as a canonical term in the comicbook universes themselves. 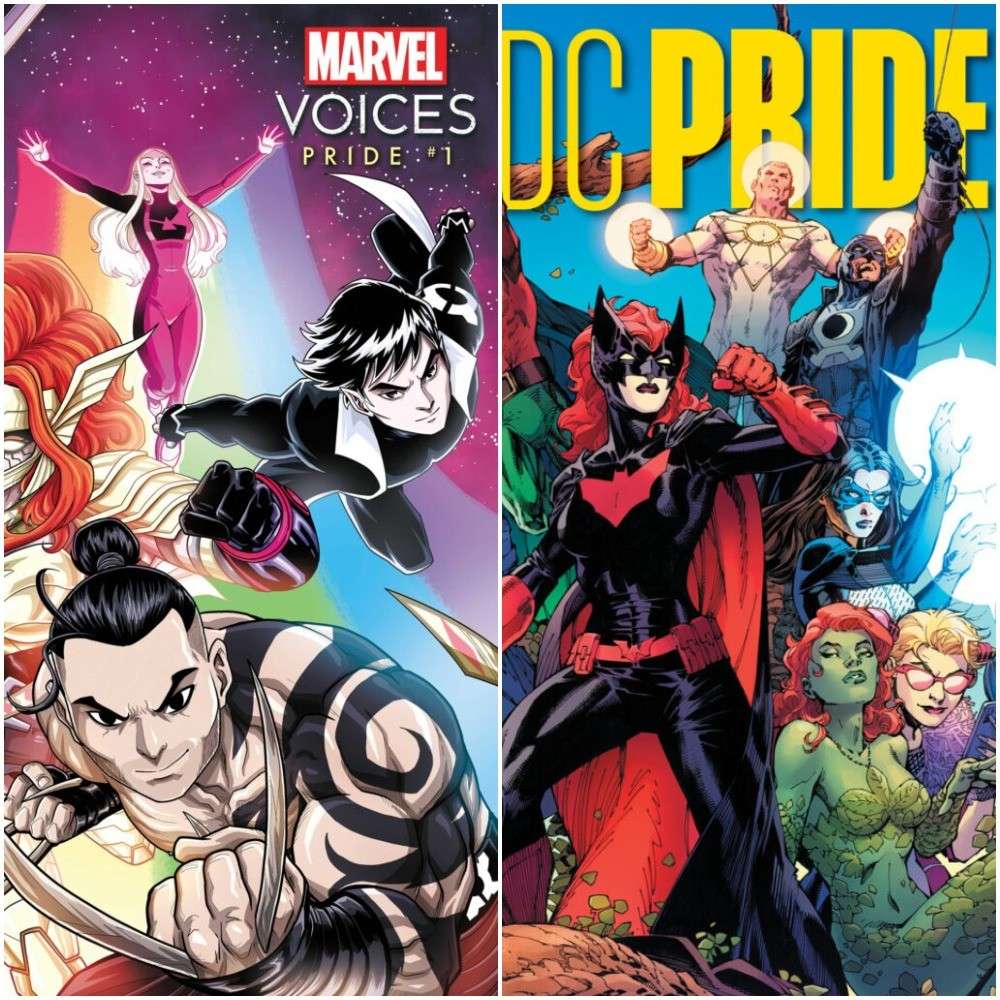 “We really want to empower homosexual people. The best thing about being gay, is telling people that you’re gay. Just do it upfront and get it over with already! Why confuse people, yknow? Why should this be any different for gay superheroes? Saving the day is nice and all, but if you can do it while reminding people that you prefer same sex relationships, shouldn’t you take that opportunity? I know in real life, I always prefer to know when someone’s gay. It just saves me the trouble of offering my number to someone while I’m in line at the PetSmart,” DC Comics Assistant Editor and Hufffpost Culture Contributor, Amanda Faddler, remarked.

And finally due to the possible negative connotation with the word ‘colorist’, all colorists will now be known as ‘White Washers’. It’ll be their job to go in and enhance the white areas and really drown out and minimize the effect of the black areas. “The problem is, is colorist is a conflated word, conjoining both ‘coloreds’ and ‘racists’, so it’s our responsibility to rectify that before it’s widely discoverer or worse, we’re sued,” Dan Debry said in a lunch meeting at Carnegie Deli in NYC.

And finally, the last change starts as soon as this April, reminding all current readers of the big two, that they are in fact, fools… –Camel Moon