Racist internet trolls, by definition, hate diversity. They hate minority women in good movies like Alita: Battle Angel. They hate non-white people in the MCU and defend white, privileged actresses like Brie Larson, and, boy-oh-boy do, they hate PoC female superheroes getting leading roles, like the case of Monica Rambeau in Captain Marvel.

Your friends at Bleeding Fool are, unfortunately, experts on this subject because every time we publish an article on these topics, we are inundated with angry comments, tweets, and hatemail from a host of angry racists who are furious because they fear actual merit, diversity and equality! 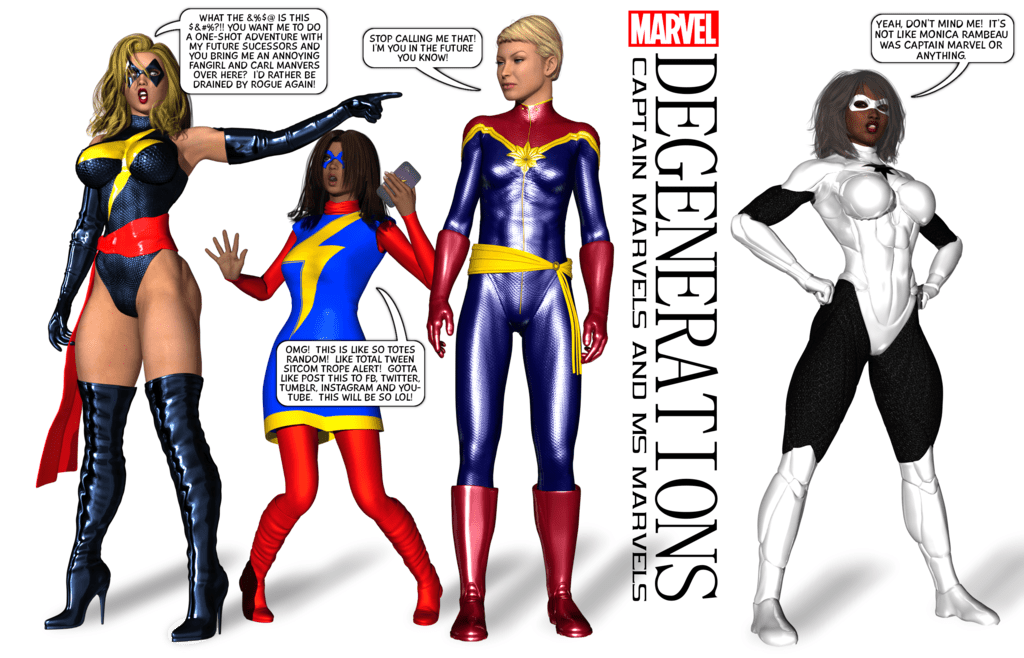 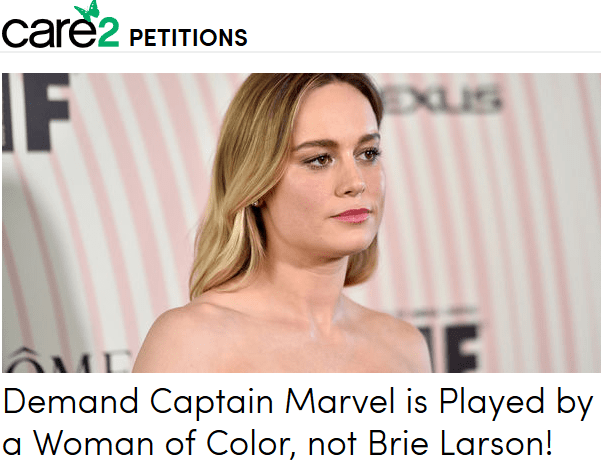 Crybullies were outraged over several things, including stopping Brie Larson from being the overpowered, privileged supreme being and stopping her grand-standing and virtue-signals via film journalism as rhetoric to advance her career while taking PoC jobs away.

If you are a diverse person of any skin tone on social media who shared excitement over Monica Rambeau, the actual first female PoC to carry the “Captain Marvel” name, then chances are you were flooded with wave after wave of racist crybullies with barely 11 followers, calling you names like: “incel,” “sexist,” “misogynist,” “alt. right,” or my favorite, “Trump supporter.”

But something else strange was happening. Along with the usual dyed-hair insults, there was a call to action to support what these racists thought was a “true” depiction of a female superhero: Carol Danvers. Racist pundit trolls all across the popular internet websites called on their brethren to write hit-pieces about Alita: Battle Angel —which stars a Latin female— and spend their greasy dollars on white-lead Captain Marvel instead. Alleged alt. right YouTube troll Robert Storms posted a video asking fans to not sign the petition and support a white, privileged Captain Marvel instead.

So ,the dogwhistle has been heard loud and clear even in the most hidden parts of the internet, like 4chan, where Aryan white supremacists have expressed their love for Brie Larson and how her role in Captain Marvel mirrors alt-right rhetoric like this post: 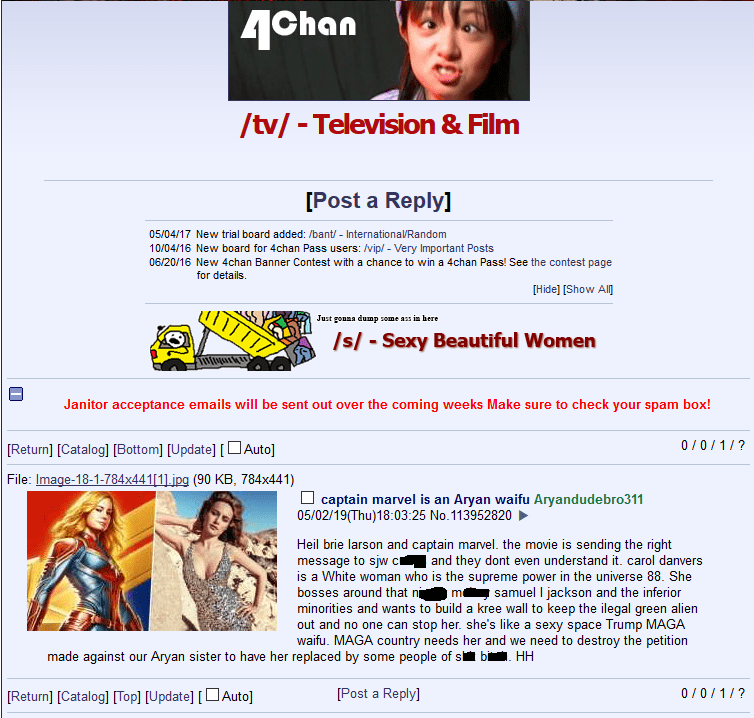 This narrative has even echoed across gab.ai, where the user base tends to be more openly conservative, supporting the fact that Brie Larson is the new “waifu” of ethnonationalists, traditionalists…:

The challenge failed because of course it did. People on “the right side of history” are still supporting the petition but Captain Marvel just sailed past $1 billion at the box office, proving the support of the entire Nazis population and then some is supporting the film at full-force. 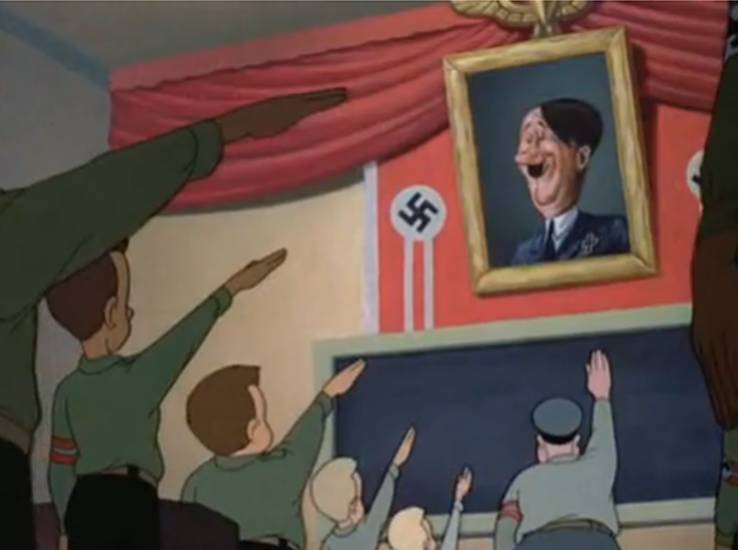 As someone who reviewed Alita: Battle Angel and enjoyed its wild special effects and world building, I found Alita, as a character, to be the strongest part of the film. A robot girl warrior who taps into several dramatic conflicts portraying a strong female lead.

Sadly, we’ve seen the Nazi female sex symbol character many times in media: from Dr. Elsa Schneider (Allison Doody) in Indiana Jones and the Last Crusade, to Malèna (Monica Bellucci) from the Tornatore movie of the same name, to Werewolf Women of the S.S. by Rob Zombie starring Sheri Moon Zombie and Sybil Danning as Eva & Gretchen Krupp. 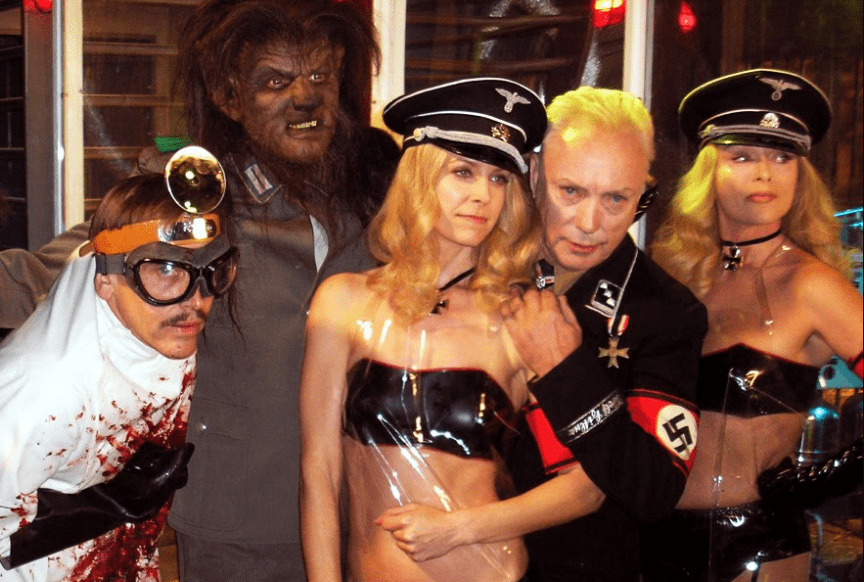 Carol Danvers is not a declared Nazi, but perhaps she is something even worse. She is an overpowered white person with an unshakable and unearned devotion to the power and racialism.

What Carol Danvers offers isn’t sex. In fact, despite her story taking place in the sexually-liberated ’90s. The tamped-down sexuality combined with her fighting skills makes Danvers a chaste  and extremely pure version of the classic “Aryan messiah goddess” narrative, a superficial read on racialism that equates chastity with virtue.

And it’s exactly this kind of “supremacist empowerment” that entitled racists and sexists crave: a white woman warrior who fights, not for herself, but for an ethnic agenda, while remaining utterly devoted to power. No wonder she appeals to 4chan internet trolls. For them, she’s a female Nazi-fantasy come to life and that’s why they defend her and will not tolerate a woman of color playing Monica Rambeau as Captain Marvel.

An awful example of this sort of hateful, bigoted rhetoric can also be found here.