War of the Realms #1 Review (Spoilers) 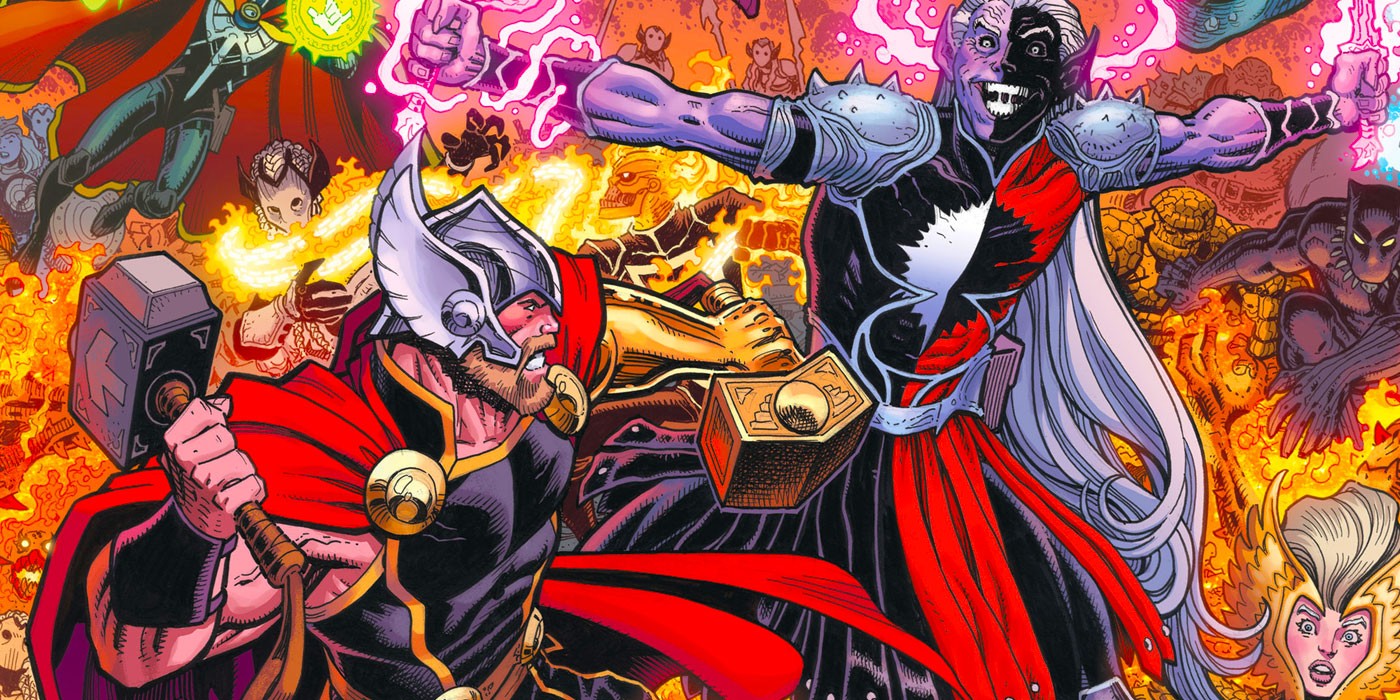 I have not hidden the fact that I’m not a fan of Jason Aaron’s run on Thor. I firmly believe him to be one of the worst writers the character has had in recent memory and has done irreparable damage. However when I saw that War of the Realms #1 was released I decided to give it a read partly out of morbid curiosity and partly to see if he could salvage the character of Thor. The book was an illogical mess with bad dialog and spelling errors, so I pretty much got what I was expecting.

It opens with Odin the All-Father of Asgard sitting in a ruined throne room. He is soon accosted by several dark elf assassins sent by Malekith. He blasts a hole through one but it isn’t long before he goes down like a chump. The man is a nigh omnipotent god but Aaron expects me to believe that some dark elf mooks are going to take him out? We then switch to New Jersey where the pitiable excuse for a man that was once Thor mopes about on his house boat before Loki teleports in and  he too is beset by assassins. Unlike his father however Thor manages to dispose of them before he forces Loki who looks to be terribly wounded to take him to where Malekith is. They teleport to the land of the frost giants where they are immediately surrounded. In a twist that could have been spotted from orbit it turns out to not be Loki but Malekith himself who sicks a pack of frost giants on our pathetic excuse for a hero. 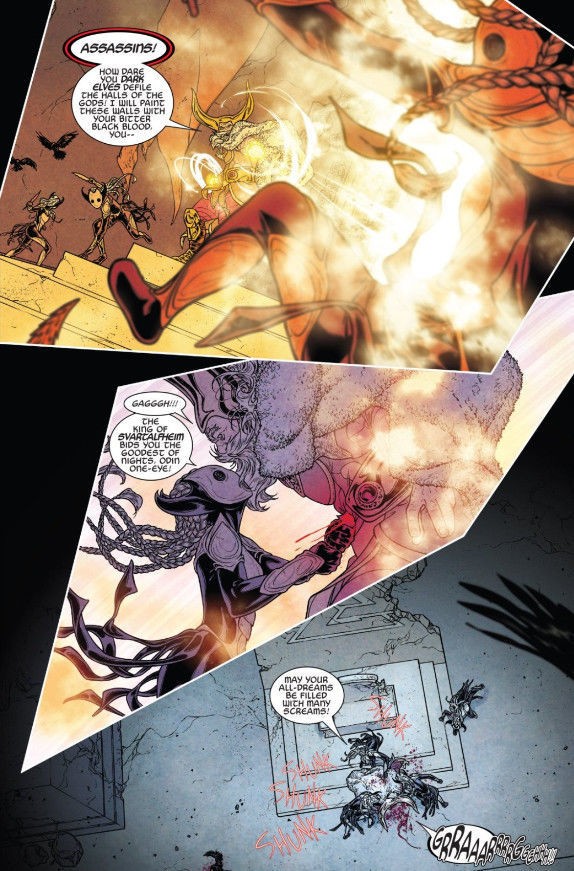 In New York we see Spider-Man web slinging across the city when he encounters Freya being attacked by you guessed it more dark elves. They easily defeat the elves before being joined by Lady Sif, Hildegard and Jane Foster who even though she should still be recovering from beating cancer apparently has enough strength to swing around a long sword. We then get shots of other heroes sensing danger coming before various monsters teleport into the heart of the city and all hel breaks loose. The heroes are seen taking on fire demons, frost giants, angels, and trolls before Malekith comes in with his heavy hitters. The Avengers get ready to take them on but in all of 5 seconds they’re knocked out by Laufey King of the Frost Giants. 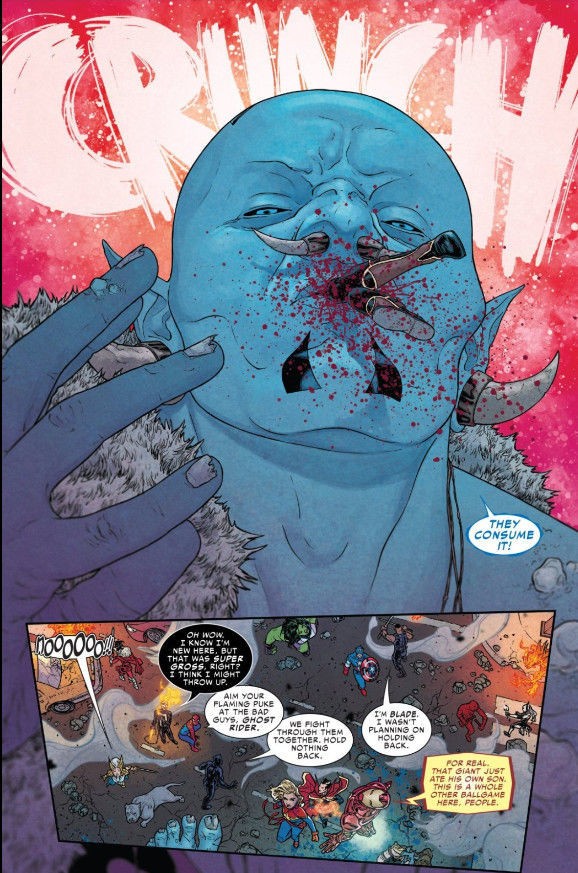 Laufey has Freya in hand and just as he’s about to crush her Loki comes in with some of the worst dialog I’ve ever heard and chops his hand off. Loki and Laufey go back and forth with some meaningless banter before Loki allows his father to eat him! The book ends with Thor taking on a horde of frost giants in a scene that could have been removed from the book entirely with zero consequence. This book was a waste of time, resources, and human energy, and I only hope that the conclusion will be as pointless as I imagine it to be so that we can forget this event ever took place and move on.