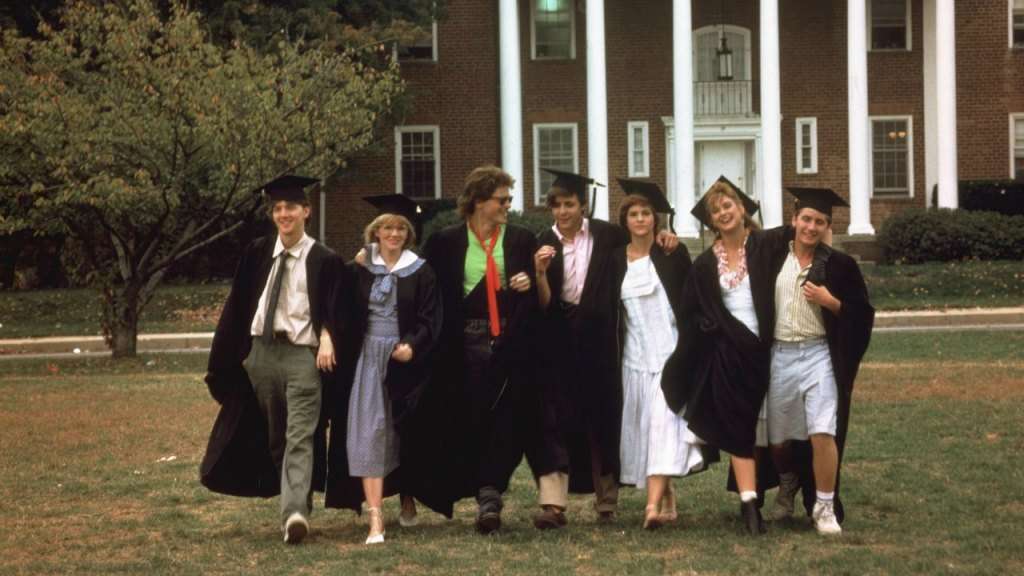 I’ve been on a bit of an 80s binge of late, catching up on films I missed out on but whose presence was very much a part of my environment.  Like everyone of a certain age, I watched (and re-watched) The Breakfast Club, but I never quite got around to seeing its semi-sequel, St. Elmo’s Fire.

Having done so, I have found yet another type of film that is well-made, interesting and also completely beyond the ability of modern Hollywood to poduce.

With Valentine’s Day upon us, let’s kick back with some wine coolers and watch a couple-friendly semi-rom-com that features an actual love theme.

I’ve been talking about “small stories” for a while, and St. Elmo’s Fire is arguably a great example of the genre and how it can be made to work.   Most of today’s films try to achieve seriousness by having an epic scope, typically saving the world from something, either super-villains or racism or sexism.

Small stories are the opposite – they are often morally ambiguous and deal with flawed characters trying to make their way through life.  Unlike period pieces or costume dramas, they are set in the current age and often speak to the problems and challenges of otherwise unremarkable normal people. 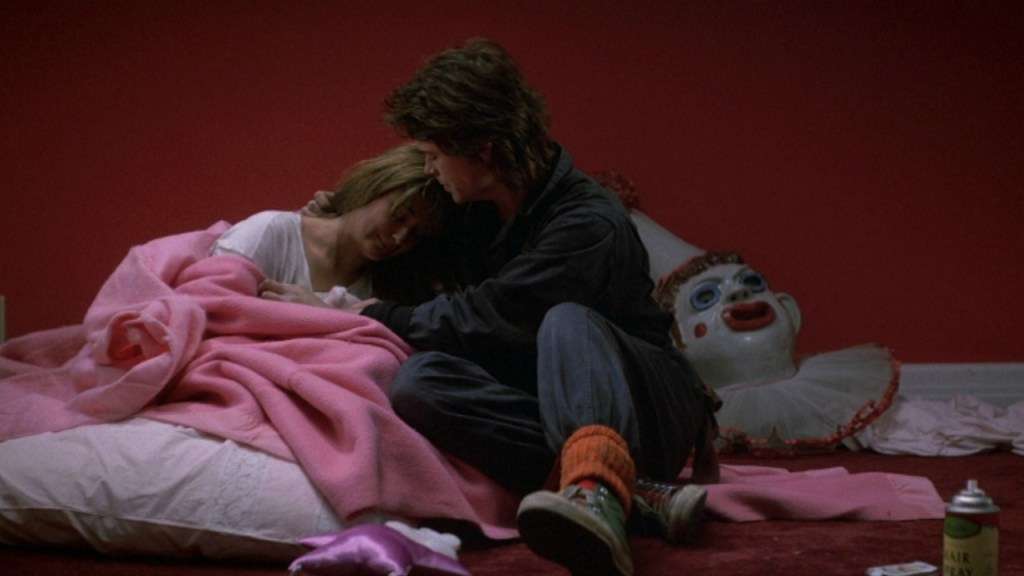 Hollywood can’t make these films because their creative talent doesn’t actually know any normal people.  The normals were canceled or got the hell out.  All that is left are pedophiles and woke obsessives (but I repeat myself) who want to hector the audience.

Small films often don’t have a standard plot, but rather meander through a series of events which – like life – can seem unscripted and random but which ultimately bring resolution and understanding. 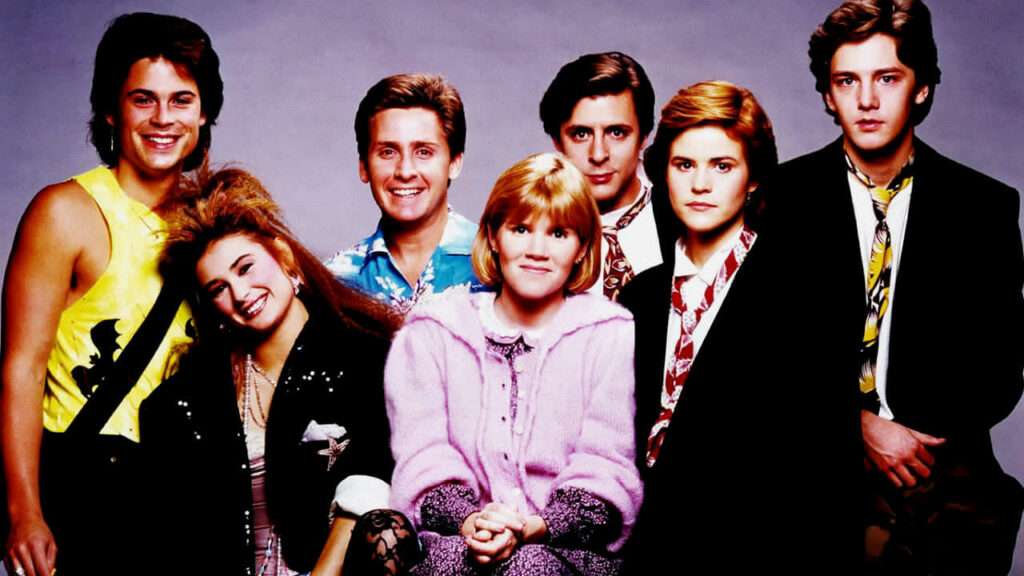 The Brat Pack at its Zenith

St. Elmo’s Fire has an ensemble cast, and while these types of movies still exist, they mostly serve diversity compliance vehicles for comic book movies.

Again, this tells you more about Hollywood’s divisive and dysfunctional culture than actual human relations. 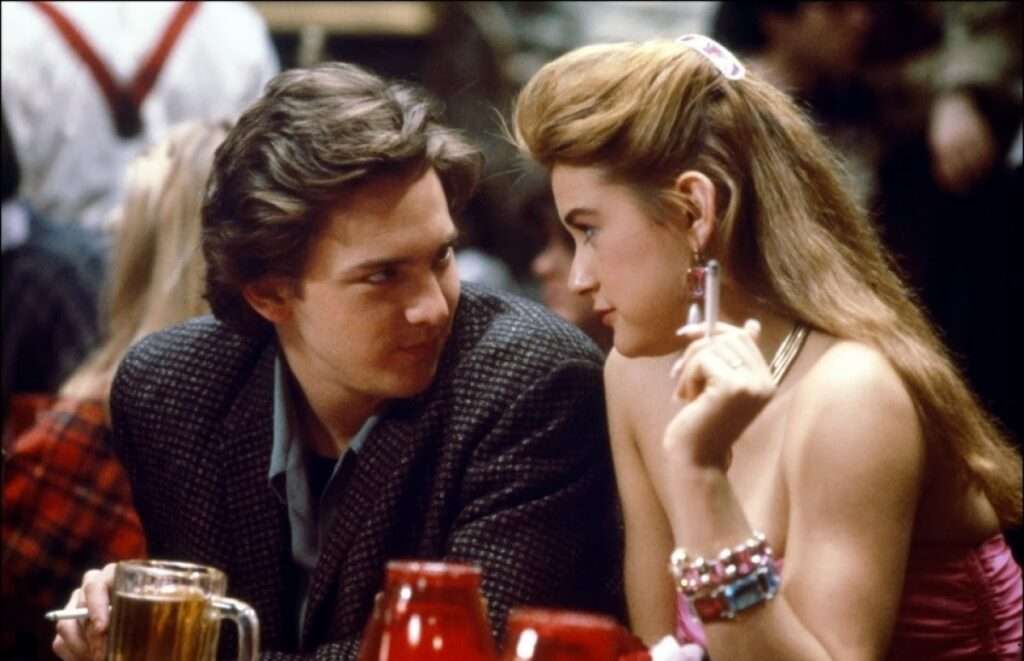 The characters in St. Elmo’s Fire are college friends who continue to live and work together in Georgetown after graduation.  Their paths are starting to diverge, which provides a natural dramatic tension as they struggle to find themselves.

Three members of The Breakfast Club are present, all of them playing against type but also within the realm of possibility for their earlier role.

Judd Nelson is a hyper-ambitious political staffer who has decided to abandon the Democrat congressman he works for in favor of a job with a Republican senator.  He rarely appears without a coat and tie – quite the contrast from the high-school burnout in the earlier film.  Likewise, Ally Sheedy is his equally-career driven girlfriend, a far cry from the high-school introvert. 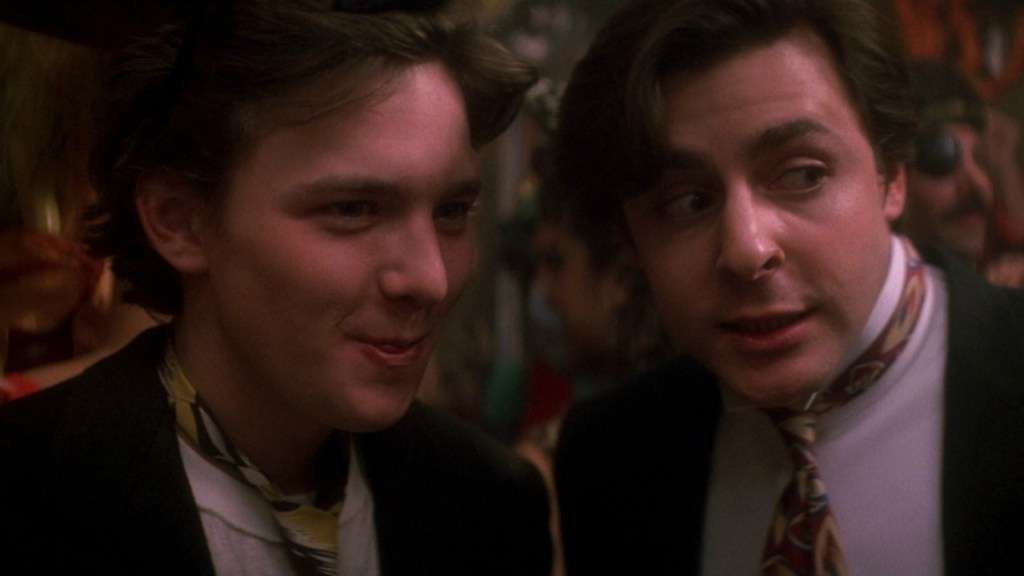 Rounding out the veterans there is Emilio Estevez, who has gone from jock to perpetual try-hard who changes jobs and career paths with dizzying rapidity.

The new arrivals feature Rob Lowe as the immature musician in a failing marriage, Andy McCarthy as a struggling writer, Mare Winningham as an earnest social worker, and Demi Moore as a self-destructive debutante.

Much of the entertainment value of the film comes simply from watching the cast interact with one another in a casual and friendly way.  The late film critic Gene Siskel once observed that the true test of a film was whether you’d rather be watching it or documentary footage of the cast eating lunch together.

Stars that have actual presence can make that second option interesting, and this is part of why the film works. 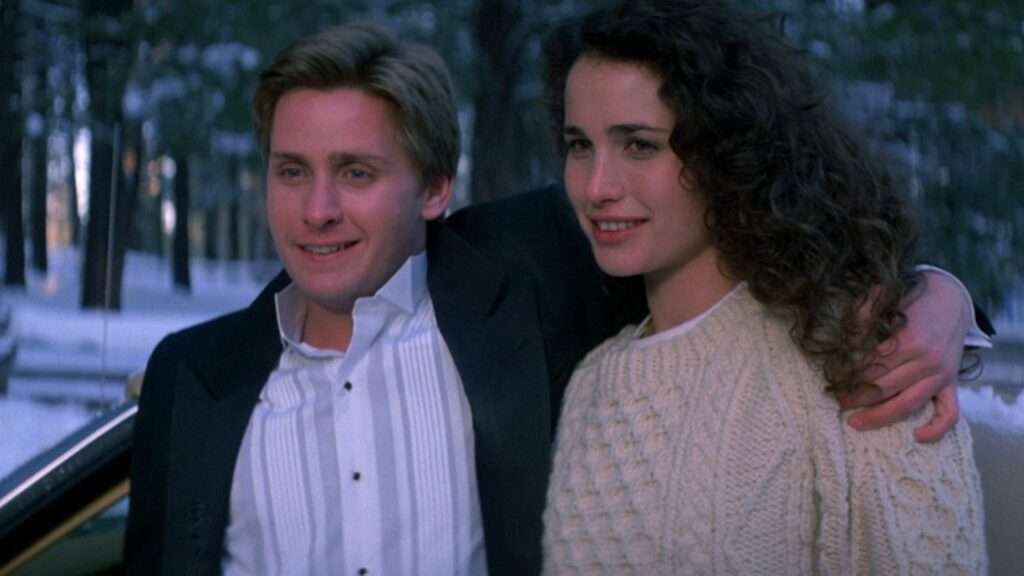 While I never saw the film in the theater, I knew its soundtrack quite well.  St. Elmo’s Fire (Man in Motion) topped the charts with the Love Theme reaching peaking at #15.  (Say, didn’t someone around here remark on the absence of love themes lately?)

This is yet another area where modern films don’t really create anything but instead recycle older products.  Why bother making new music when you can just throw in some nostalgia pieces to fill out your superhero movie?

That’s a shame because a unique soundtrack – even one built on popular music – helps to deepen the viewer’s participation in the story.  White Nights did a brilliant job of integrating music into its story.  St. Elmo’s Fire does the same, often sourcing music to the bar where the cast congregates so they can react to it.

When Progress is Merely Standing Still

I don’t mean to oversell this movie.  It’s good, but not great.  However, compared to the hot garbage being dumped on us today, it feels like watching an epic work of peerless artistry.

I won’t watch it often, but because I invested in physical media, I don’t have to worry about it getting canceled because someone finds fault with it amusing subplot involving homosexuality, insufficiently diverse cast, or some other offense that has yet to be invented.

If you want to make an interesting 80s double feature, check out The Big Chill, which is also a small story ensemble movie, but instead revolves are the struggles of Boomers to deal with the impending onset of middle age.  Though made only two years before St. Elmo’s Fire, the film has a very different (and arguably much more bleak) feel.

Either way, you’ll be enjoying something a cut above whatever is out there today. 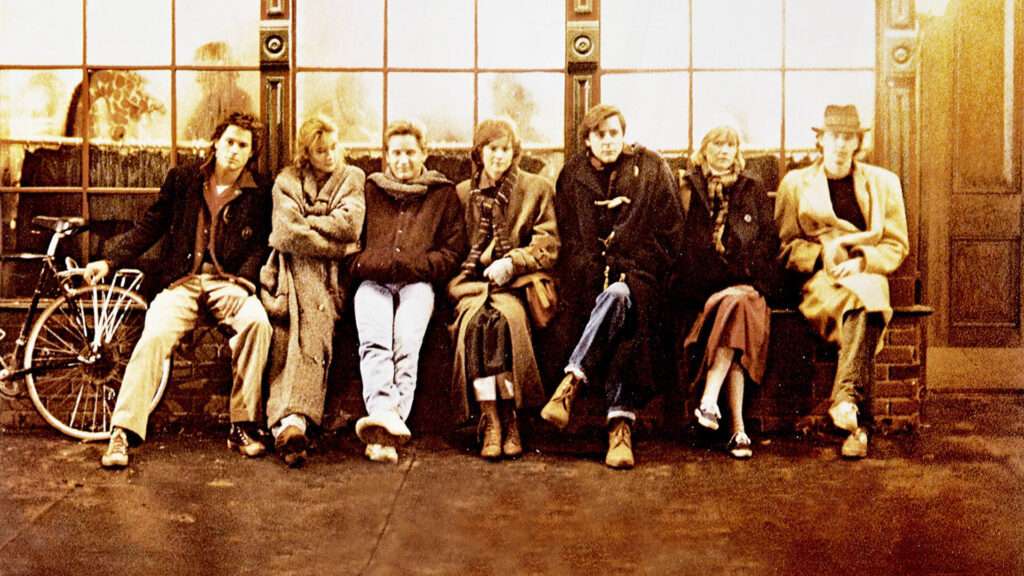