#2 in my ranking of the X-Men franchise

Finally, an X-Men movie with a hint of narrative focus. An offshoot film placed in the hands of the strong directorial hands of James Mangold, this individualized tale of Wolverine facing his immortality is surprisingly a heartfelt affair that may or may not give into ludicrous CGI by the end. However, pretty much everything up to that point is very good, solid storytelling with a surprising focus on character while putting a well-worn character in a new setting like Japan.

Taking place after the events of The Last Stand where he stabbed his love, Jean Grey, in order to save the world, Wolverine has become secluded from civilization, living in the Pacific Northwest as an animal, only occasionally coming into the nearby small town for supplies like batteries for his radio. On one trip in, he sees some reckless bow hunters getting ready to go into the woods, and when he discovers the dying bear, wounded by a poisoned arrowhead, he knows exactly who to go after. However, before he can exact revenge for the poor bear’s painful death, a young Japanese woman with red hair stops him and whisks him away to Japan. Logan was captured during the Second World War and held in a special hole in a POW camp just outside of Nagasaki. When the Bockscar drops the second nuclear bomb of the war onto the city, Logan protects a young Japanese officer, Ichiro Yashida, using his healing body to absorb the fire, radiation, and heat to protect the young man. Now, the young man has become one of the most powerful old men in modern Japan, and he has sent for Logan to say goodbye before he dies. Logan walks into a new world, not just the contrasting visions of the dark, rainy woods of the Pacific Northwest versus the bright and colorful buildings of modern Tokyo but the contrast between his simple life of just existing to the complex political situation of a powerful family in turmoil as it awaits the death of its patriarch. 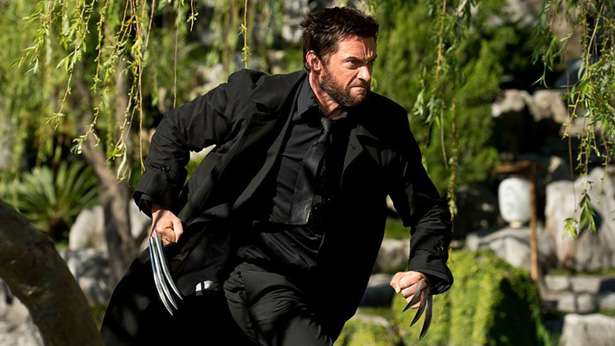 What Logan means to be a short visit extends when Yashida dies and Logan attends the funeral. Something happened to him, though, and when the Yakuza attack, Logan gets repeatedly shot but can’t recover. He’s bleeding and won’t heal. This extended action scene gets kind of crazy with Logan fighting Yakuza with knives on top of a bullet train, flying around to avoid signs, move down the train to attack other opponents, and just general insanity. In a more grounded, character-focused take on a super hero movie, it’s nice to see Mangold still embracing ridiculousness in action sequences. It’s smaller scaled, for sure, than what we’ve seen before within this franchise, but it is no less ridiculous. And it’s fun to watch.

Logan ends up running away with Yashida’s granddaughter, Mariko, who has been told will be the sole heir of the Yashida empire, bypassing her father. The two run off to the southern tip of the island where they convalesce together and Logan slowly heals. Now, my main gripe through the first bulk of the film is the politics of the Yashida family are unclear, muddy, and not all that necessary to Logan’s emotional journey. I think it’s the addition of the ninja warrior that Mariko was childhood friends with that mucks it up the most. It’s unclear what he’s doing or why until the very end of the movie (designed that way, surely, to hide the big twist at the end), he’s supposed to have some kind of emotional relationship with Mariko, and he’s a driver behind a lot of the action against Logan. It’s muddled at best, and I’m unclear what his presence is supposed to add. Finding a way to cut him completely would have improved the film. 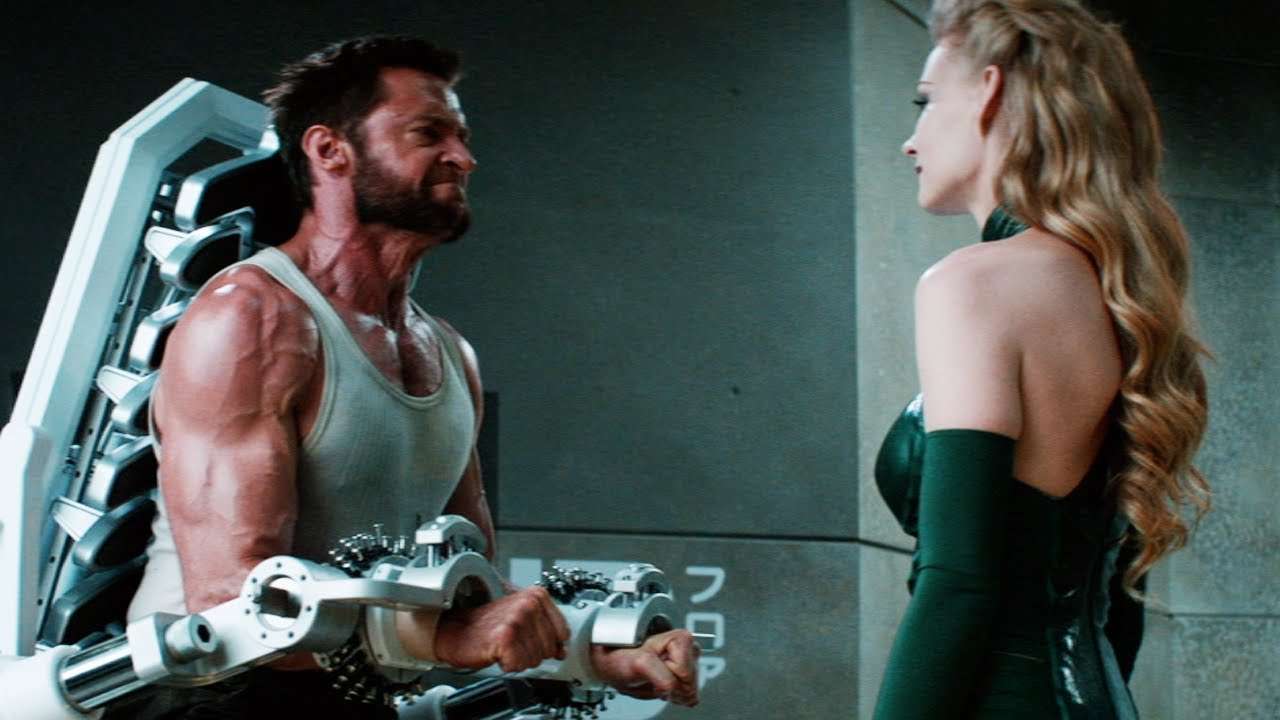 The real antagonistic focus, though, is on Dr. Green, a mutant who is immune from any poison and spits her own brand while having certain reptilian traits like a forked tongue and the ability to shed her skin. She was in Logan’s vision the night before he lost his healing power. She has mysterious conversations with the ninja. She’s generally just all kinds of suspicious, is what I’m saying, and when it’s revealed that she’s actually still working for the patriarchal Ichiro Yashida, who faked his death long enough to weaken Logan so that Ichiro could jump into a giant suit made of adamantium in order to cut off Logan’s claws and extract necessary life force stuff from his bone marrow in the exposed claws (it sounds really stupid when I type it out), she gets her moment to shine. She’s a thin antagonist overall, but the moment she pulls her skin off late in the film (including the hair on top of her head but not her eyebrows for reasons) is great. The problem is that she’s not actually the bad guy, that’s Ichiro, and the movie hides this for most of its runtime to get the twist ending it wants.

And the twist ending works against the film, Ichiro spends most of his reappearance explaining things. Granted, it’s in another ridiculous CGI fight with its stylistic and spectacular charms, but the lack of focus around the antagonist blunts a lot of the emotional impact of the final confrontation. 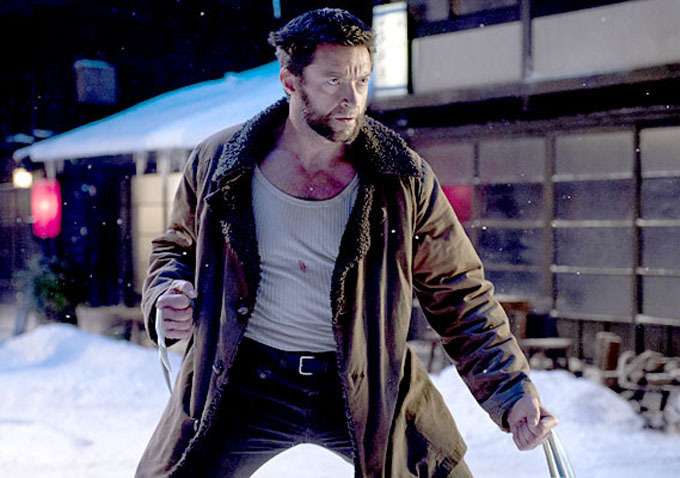 However, for all my gripes, Logan is really the focus here. Most everything else is a sideshow as he learns to find purpose in his life again, starting the movie as a pariah, self-exiled from the world through his pain, to deciding to step back into the world as a soldier. He is considering giving everything up with nothing to fight for anymore, but the fight to protect Mariko from her father and the machinations of the competing Yashida interests (not all of this is unnecessary, but it’s just overcomplex for how it all relates to Logan) helps focus him back to a more humanist look on life. The relationship he develops with Mariko may end up feeling a little pedestrian (I would have preferred a noble warrior protecting a princess take rather than a romantic one), but it ends up working by giving him purpose again. That basic change of character is what underlies everything in the film’s ridiculous action scenes, especially the third act against the Silver Samurai, giving it more emotional effect than one might expect.

Hugh Jackman made Wolverine his own in his extended take on the character, and this is where he first made Wolverine interesting beyond just the plot mechanics of having no memory of his past. He’s a wounded animal at the beginning, just having enough control over himself to extract some vengeance on the hunter before he tries to murder them (stopped by the young woman), and Mariko softens him, bringing him back to civilization. However, he’s still an animal to a certain degree, and it comes out when threatened. It’s a strong performance, and it’s actually backed up by a script that deserves it.

Sure, the film isn’t perfect. The CGI stuff probably goes too far in the ridiculous direction for the more grounded emotional take on the character while the political stuff around the Yashida family is too opaque for what the movie needs in service of a twist the movie doesn’t do enough with. However, the core is there. It’s really well made, well performed, and well written where it really needs to be. This is the best X-Men movie up to this point.