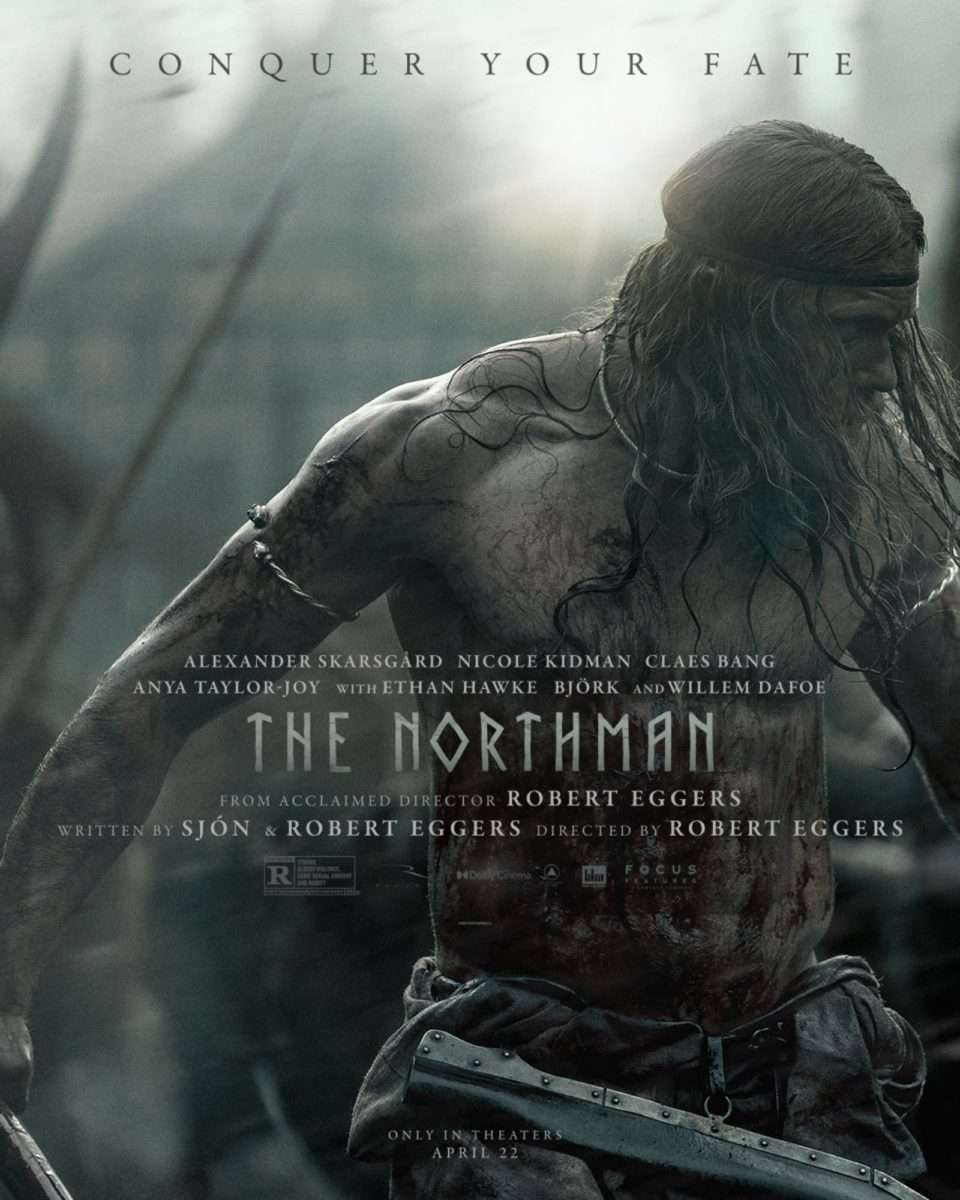 A defining feature of movies in general since Cultural Ground Zero movies isn’t so much a lack of quality as a lack of humanity. As visual effects have advanced and budgets ballooned, vision and authenticity have vanished from the silver screen.

One current film maker whose works have bucked that trend is Gen Y auteur Robert Eggers. If you’re not familiar with him, he emerged on the scene in the last decade and soon made a name for himself with the art house crowd. Against all odds, he broke from the pack of standard-issue hipster nihilists with a couple of poignant and genuinely deep films.

Sometimes graphic and often disturbing, Eggers’ work has an appeal that almost all of his competition lacks: It’s honest. Watching his movies might make you flinch from time to time, but it won’t make you feel lied to or propagandized. That honesty holds true for Eggers’ grandest project yet, a brutal Viking odyssey called The Northman.

There’s no need to waste too many words over the movie’s plot. An adaptation of the Scandinavian oral traditions that inspired Shakespeare’s Hamlet, The Northman presents a classic revenge quest spiced with grim magic and otherworldly – yet natural – visuals. It’s a fine exemplar of the “Does exactly what it says on the tin” trope.

But in another striking departure from the cape shit-dominated Current Year box office, the appeal of The Northman doesn’t rely solely on its plot. It’s a testament to Eggers’ skill as a visual storyteller that he can take a rather simple tale often told and convey it in a compelling manner using mostly visuals. And despite the often fantastic subject matter, the movie remains grounded in the realities of human nature.

One area where this fantastic-yet-grounded quality shines through is in the movie’s handling of magic. Eggers strikes the same balance between realism and nightmare he used to such devastating effect in The Witch. But with fifteen times the budget. Unlike his less disciplined colleagues, Eggers spends the additional resources less on spectacle and more on believability.

The bulk of the director’s craft is devoted to reinforcing the movie’s themes. Fate looms large over the story and every character. That is a central aspect of pagan beliefs that lesser period pieces gloss over. The pagan’s relationship with his gods is not based on love. It is a transactional exchange wherein the petitioner offers sacrifices in return for the gods’ intervention in his fate. The Northman stands as the best film depiction of that dynamic.

Including the caveat that the gods, for all their power, are subject to fate as well. 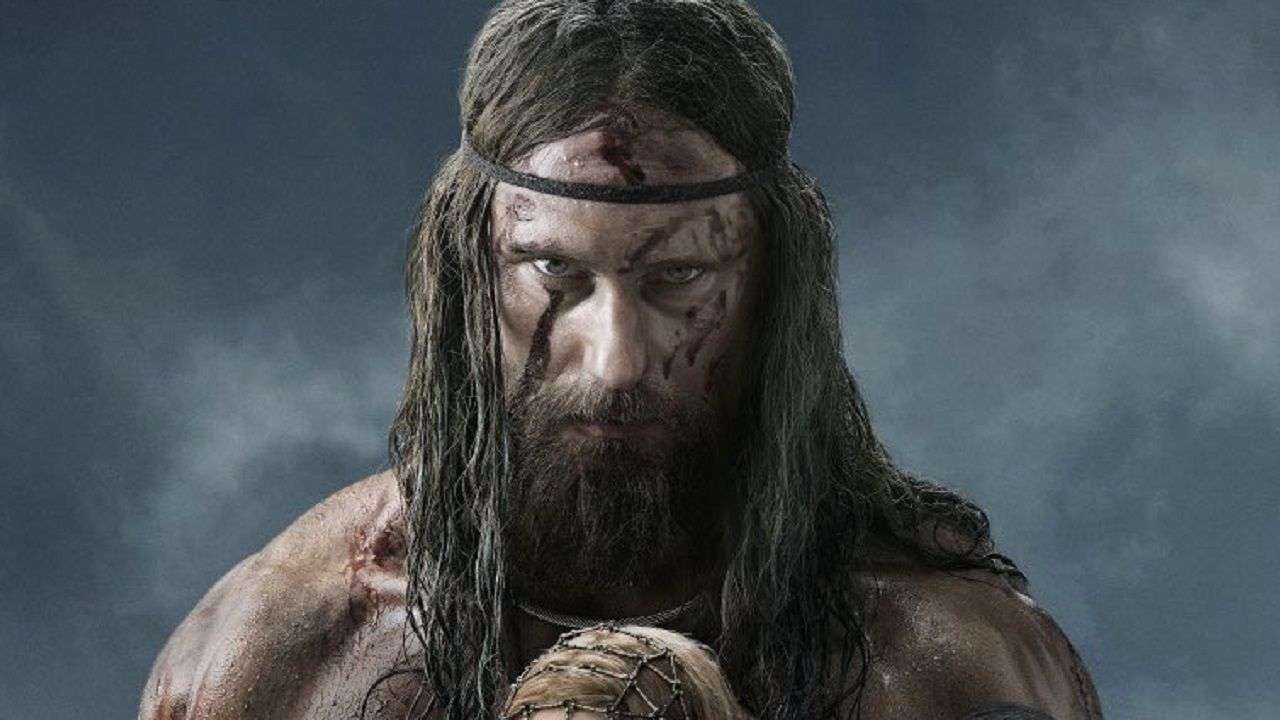 The Northman has plenty to say about the human condition, too. Multiple characters share evergreen wisdom about the value of loyalty, the price of hatred, the witchery of women, and the necessity of hierarchy. Most refreshing of all, one never gets the sense that the director is lecturing him on any of these subjects. He only presents people acting in character and groups operating according to natural power dynamics while letting viewers make their own interpretations.

If I have to find fault with any aspects of The Northman, I can name only two.

First, on a technical level, the audio is rather murky. There seems to be a school of movie sound editing that tries to make the dialogue unintelligible on purpose. Those people should be arrested. By the sound of it, Eggers succumbed to that vice this time. Luckily, most of the story can be inferred from the visuals, but it would be nice to catch all the nuance of the spoken word.

Second, despite an early line that comes off as red pilled on women, the eponymous Northman is forced into the same mold as too many modern protagonists. To wit, the measure of his value in the end comes down to his usefulness to women. But considering the total triumph of feminism in the West, I chalk this sour note up to osmosis, not malice.

In conclusion, The Northman is a refreshingly honest, human, and yes, visionary, film. I’ve found no evidence that Robert Eggers hates his audience, but if you’d rather not give money to the studio, buy a ticket to Father Stu and sneak into The Northman instead.

THE NORTHMAN - Official Trailer - Only In Theaters April 22

And for another epic voyage of revenge, dark magic, and grim fate, read my award-worthy adventure novel. 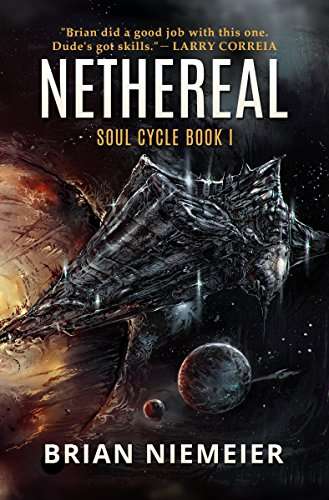 Comparing the Future Portrayed in 'Demolition Man' to Modern Day America
Oscar Isaac & Moon Knight Cast Dash Any Hopes for a Season 2
Nickelodeon Syndrome: Why So Many Millennials are Neurotic
Watch: Doc Ock Gets His Own Featurette for 'No Way Home' Release
Generation Why?
What More Do You Need to Finally Boycott Disney?
Here's What the 'Plus' in Disney+ Actually Stands For...