Following the TV mini-series version of The Name of the Rose, which concluded in the UK just before the holiday season, I wanted to take a look at the series while considering a few other notable “medieval whodunnits” on TV and film.

THE NAME OF THE ROSE: 'John Turturro on Umberto Eco' Exclusive Featurette | SundanceTV

IMO the series was a wasted opportunity, failing to come close in either quality and atmosphere to the Jean-Jacques Annaud’s 1986 movie, which starred Sean Connery, Christian Slater, and F. Murray Abraham.  Despite the dedication of John Turturro, who starred as sleuthing Franciscan Friar William of Baskerville (hoho) who also co-wrote and executive-produced the series, The Name of the Rose was beset by a slow pace and (for me) too many memories of the superior film.

The mini-series was suspiciously close to the Euro-puddings of yore… with familiar faces Sebastian Koch, Tcheky Kayro, James Cosmo (GoT/His Dark Materials) in the cast, and John Turturro and Rupert Everett taking the Connery and F Murray Abraham (bad guy inquisitor Bernardo Gui) roles respectively.
Fun Fact: Fifth Doctor Who Peter Davison narrates as the older Adso of Melk (Christian Slater was young Adso in the movie, German actor Damien Hardung in the new version).
So what other little-seen medieval whodunnits would I recommend? On TV I would forget the 90’s ITV series Cadfael (starring Derek Jacobi), also the Ken Follett adaptations The Pillars of the Earth (2010) and its 2012 sequel World Without End. On the film front the execrable Anazapta (2002) is a dud, despite a cast that includes Lena Headey, Jason Flymng, and the late Jon Finch. 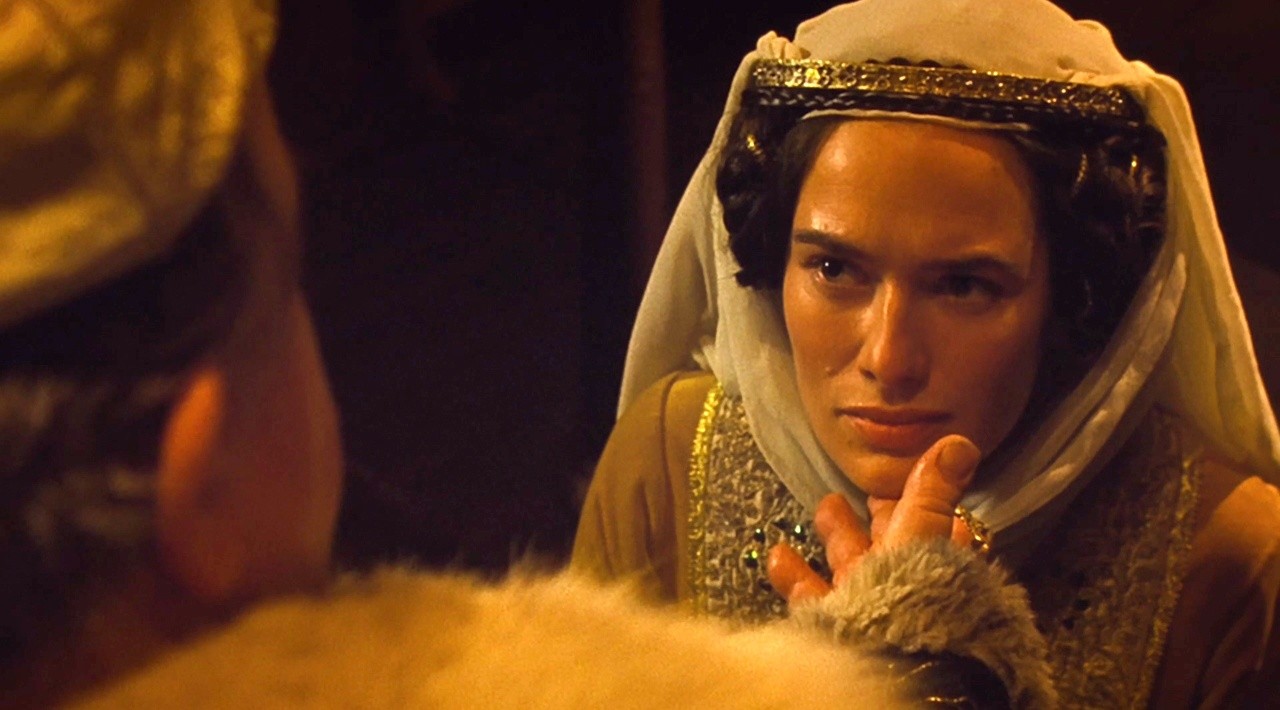 2010’s Black Death is more of a horror movie than whodunnit, but has a mystery element and boasts a very strong cast with no less than four GoT almuni, namely Sean Bean, Carice van Houten, Tim McInnery and Emun Elliot, with also Eddie Redmayne in an early role.
The following year’s Season of the Witch, barely scrapes in, but again a element of murder mystery gives it some agency. It boasted a fairly lame Nic Cage attempt at a Hammer Horror/Roger Corman flick, that again compensates it’s many failings with a decent cast, with Ron Perlman, Claire Foy, Stephen Graham, Rory McCann, Ulrich Thomsen and the late Sir Christopher Lee all making appearances. Cage reins his performance in more than usual, which unfortunately in this case is to the detriment of the picture. 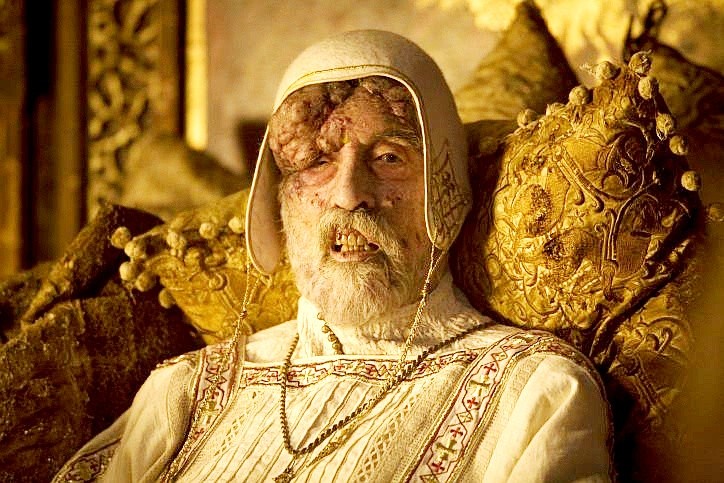 So, where does that leave us? My two recommendations would be 1993’s Hour of the Pig (aka The Advocate) and 2003’s The Reckoning.
Something about these type of movies attracts acting talent, as both movies are laden with great names, with Colin Firth, Donald Pleasance, Nicol Williamson and Ian Holm amongst the cast in Leslie Magahey*’s HOTP and Paul Bettany, Willem Dafoe (lumbering himself with an appalling Northern accent), a young Tom Hardy, Gina McKee, Brian Cox, Matthew Macfayden (two Succession cast members) and Vincent Cassel all appearing in Paul McGuigan’s The Reckoning.
I won’t spoil the plots of either, but the plague, murder and ‘unnatural’ sexual practices feature in both – and a pig is actually put on trial in HOTP, which apparently was not unknown in them olde worlde medieval times – animals were in fact subject to the same civil laws and penalties as humans under French Law from 1403–1596.
Bloody French.
Without further ado, submitted for your viewing pleasure, trailers for the Hour of the Pig and The Reckoning:
Hour of the Pig
The Reckoning - Trailer
Schalcken, the Painter (1979)