#12 in my ranking of the theatrically released Superman films.

The Salkinds sold their ownership of the film rights to the Superman character to Cannon after the dual financial failures of Superman III and Supergirl, and Cannon pushed out a rushed, incomplete, overlong mess of a vanity project for Christopher Reeve to keep him in the title role that got cut down to a brisk 90-minutes, probably sacrificing any semblance of narrative cohesion in the process of trying to save the disaster of a film. The effort to placate Reeve’s anti-nuclear views ends up clashing horribly with the actual thematic point of the film (what little there is, to be honest), and you’ve just got a dying whimper of a franchise that was pretty much derailed from the get go.

Clark Kent (Reeve) returns to Metropolis after trying to sell his parents farm in Smallville (something that never comes up again) to discover that the Daily Planet has been purchased by David Warfield (Sam Wanamaker) who has made his daughter Lacy (Mariel Hemingway) publisher. This is angering everyone because the Warfield plan is to turn, essentially, The New York Times into The New York Post. This is of a view of journalism brought up on All the President’s Men, essentially (though that was The Washington Post), but whatever. It’s bad, and Lois Lane (Margot Kidder) is not happy about it. They are going to run sensationalist material, up to and including a campaign to get Superman to rid the world of nuclear weapons, which is a bad thing but also a good thing? This movie has no idea what it’s trying to say. 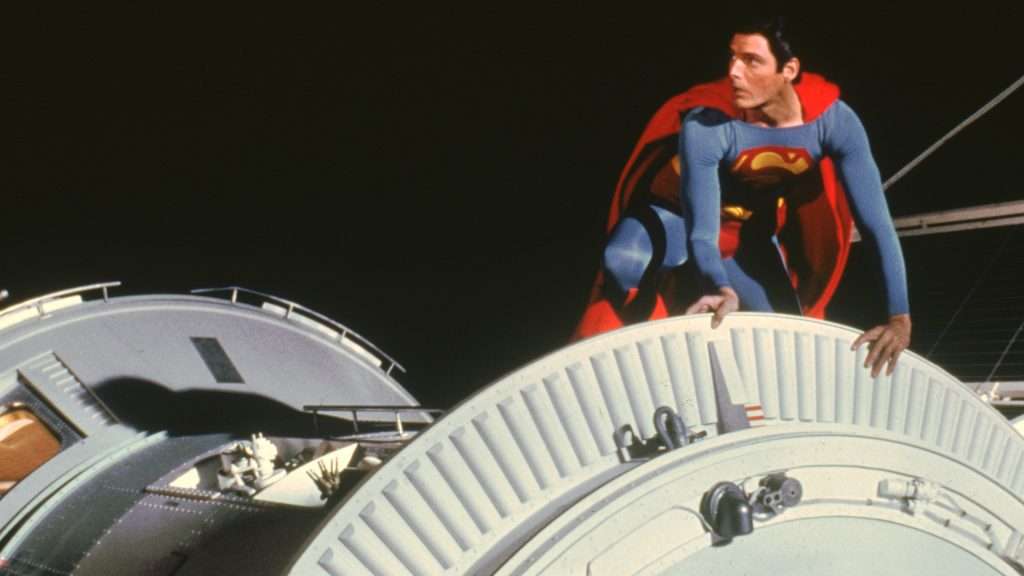 Anyway, Superman eventually gives into the pressure and starts throwing all of the nuclear missiles that nations are just launching all of the time (um…really?), packing them into a comically giant net, and throwing them into the sun. Sure. Whatever. Into this comes Lex Luthor (Gene Hackman). Serving his prison sentence on a chain gang (what is this? The 30s?), he’s freed when his uber-90s nephew Lenny (Jon Cryer) tricks the two guards into his car and remote controls it over a cliff. Luthor has a plan to steal a thread of Superman’s hair that’s on display in a museum, mix it with some dirt, and attach it to the top of a nuclear warhead that Superman will then throw into the sun to create Nuclear Man (Mark Pillow), because this is nonsense and nobody cares. 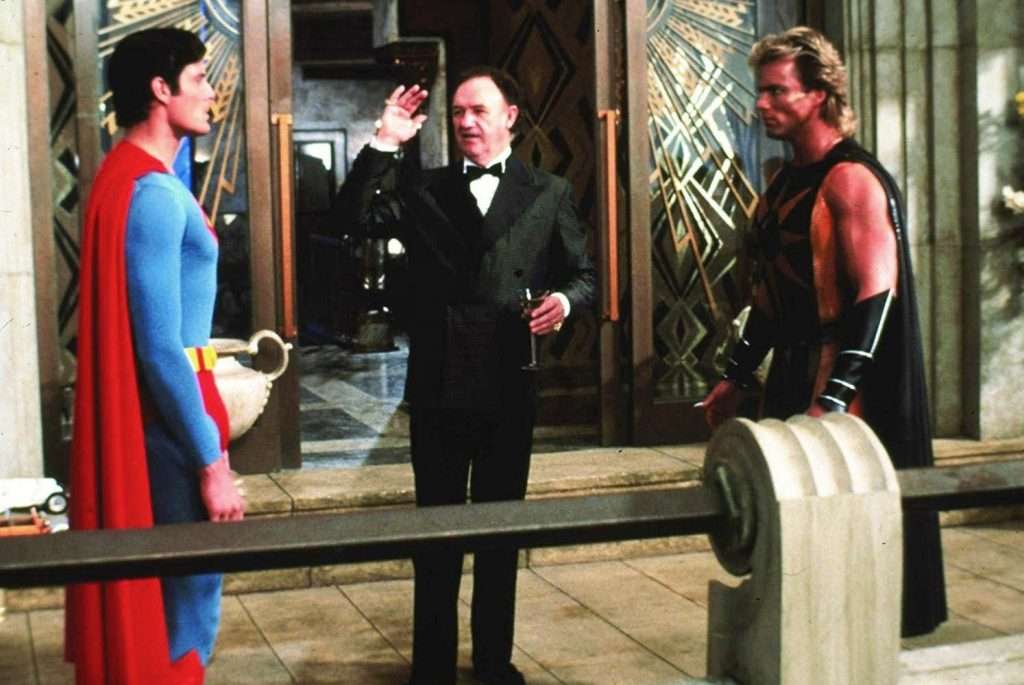 It works, obviously, and we’ve got our potential for a showdown. Now, let me talk about this for a second. The point of the film seems to be anti-nuclear proliferation. Superman throws everything into the sun, but it doesn’t work. Luthor gets filthy rich as part of the nuclear arms black market selling new weapons to countries to replace the ones that Superman threw into the sun (why the US government would need to buy from black marketers to build their own nuclear weapons is never made clear), but it effectively just creates a void in which Luthor is able to come up with his own nuclear weapon in the form of Nuclear Man, giving him an effective monopoly on nuclear power. 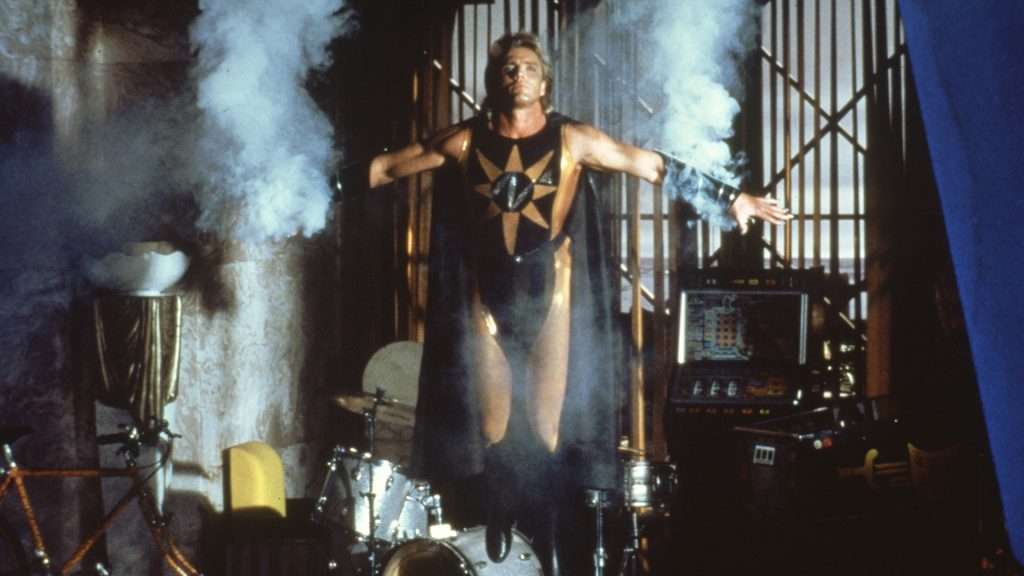 Getting rid of the nuclear weapons didn’t work because there will always be someone around trying to make a bigger bomb. Plus, Superman is effectively a nuclear weapon himself. He can’t explode, but if he wanted to level cities, he could do it. Did I expect thematic cohesion from Superman IV? No, but I think it’s healthy to point out how it doesn’t make a lick of sense anyway. 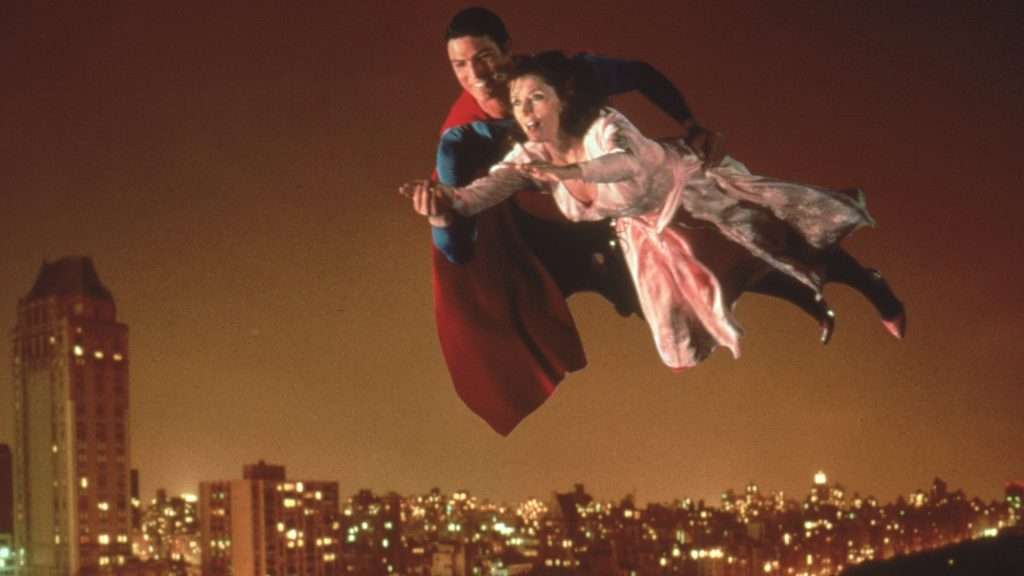 So, meanwhile, Superman ends up in a Cheers episode where he has a double date with Lois and Lacy as both Superman and Clark Kent, even though Lois apparently never forgot that Clark was Superman and Superman reveals himself as Clark to her anyway? The scene could be cute if it weren’t so obviously laborious, and completely ungermane to the actual story of the film. It’s filler. 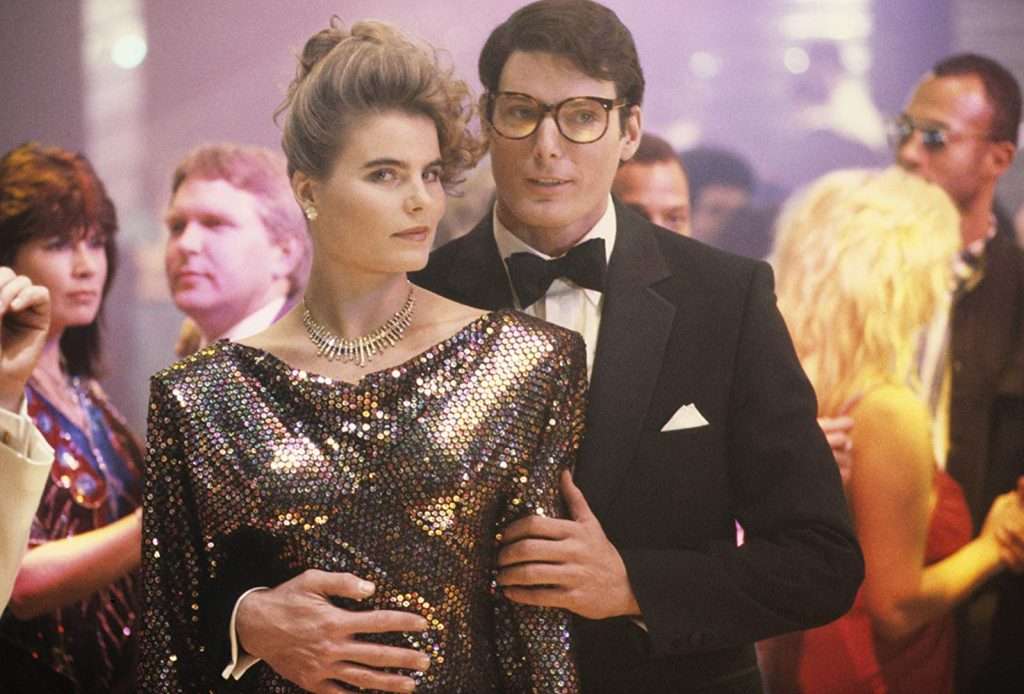 The whole thing ends in a big fight between Superman and Nuclear Man whose weakness is…*checks notes*…the shade. Also, it’s wildly inconsistent, of course. It gets to the moon where Superman has Nuclear Man shut up in an elevator, losing power, and instead of, you know, burying the guy under the soil of the moon, he just walks away, allowing a sliver of sunlight to peek through, giving Nuclear Man power again. Even the action in this movie is incompetent. 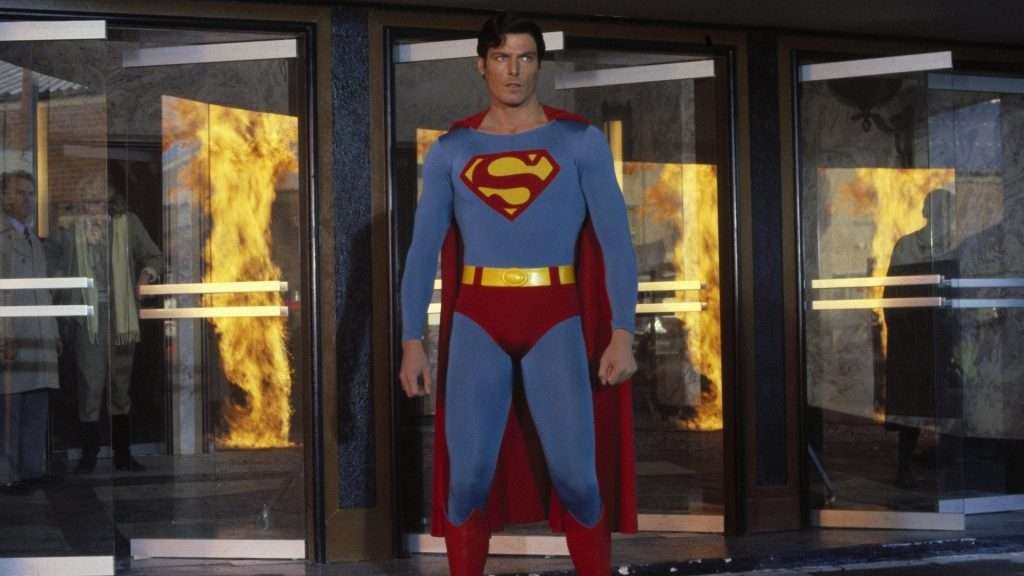 Nothing matters. It’s a cheap exercise in exercising the rights by Cannon to try and squeeze some quick dollars from the name before the franchise fell into cinematic dormancy for two decades. It’s not even really worth making fun of. It’s kind of just sad.