#10 in my ranking of the theatrically released Superman films.

What is this? With Richard Donner definitely not coming back, the directing job went back to Richard Lester who played nice with the Salkinds and did what they wanted on Superman II. Given complete control (or, as complete control as the Salkinds would allow), Lester created a Saturday morning cartoon of a live-action Superman film. I wouldn’t really mind, much like the Schumacher Batman films aren’t bad because they take lighter tones, but Lester doesn’t seem to know how to build a story across two hours of film to save his life. The only reason his version of II was a success was because he was building off of Donner’s work (and I’m not a huge fan of Donner). Left to his own devices, Lester had no idea what to do. The movie opens and it’s obvious that things are going to be very wrong. After a weird little sequence introducing Gus (Richard Pryor), a guy who can’t hold a job who gets the idea to learn the computers, we get our title sequence. Remember the title sequences of the first two? Epic lettering across cosmic scenery with grand John Williams music? How about smudgy lettering over unrelated pratfalls on the streets of Metropolis set to a John Williams cover band? The epic feel of the first two has been replaced by largely unfunny comedic skits that don’t involve our main character except in passing. This is depressing out of the gate.

Clark Kent (Christopher Reeve) has the great idea for a newspaper article. He’s going to his…high school reunion. Let’s be honest. This is an idea for a television episode, not a superhero film. Lois Lane (Margot Kidder) skips out of the movie, going to Bermuda (and ends up in what sounds like a far more interesting movie) while Kent takes Jimmy Olsen (Marc McClure), who’s out of the movie soon enough on his own. On their way to Smallville, they come across a chemical plant fire that Superman puts out, learning about an acid that becomes…I don’t know…super dangerous when it gets too hot, and Jimmy breaks his leg to disappear from the movie forever. 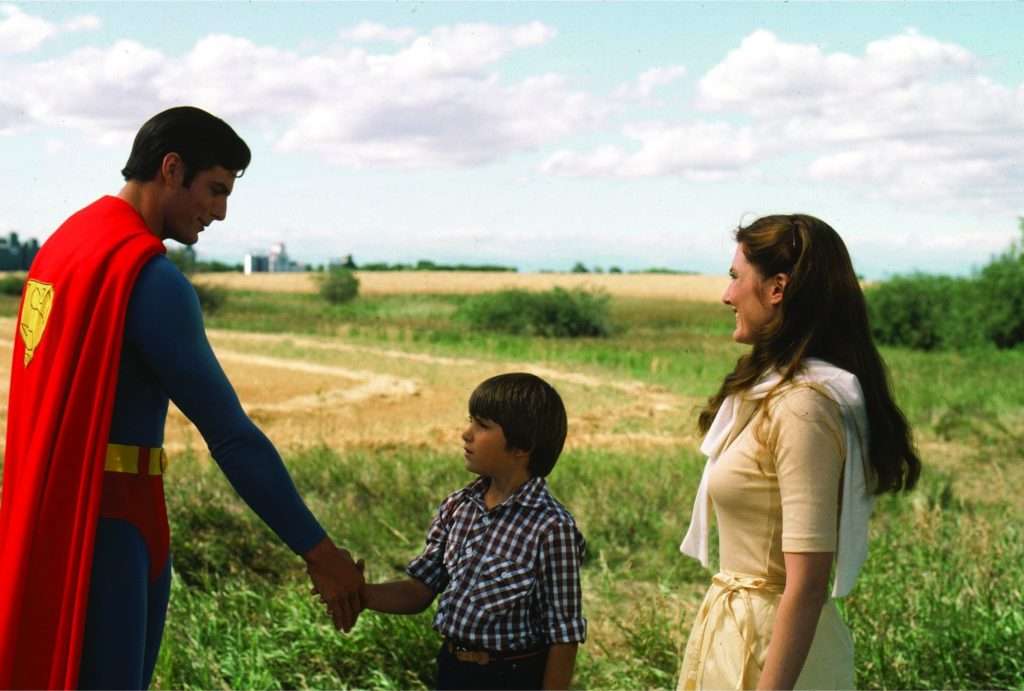 Back at Smallville, Clark meets up with Lana Lang (Annette O’Toole), a high school crush who has a kid and is stuck in Smallville with no prospects. Without Lois around, the woman that Clark reversed time to save, he’s free to try to hit that. A romance buds, and it’s cute at best.

Meanwhile, Gus goes to work for Webster Company where he executes salami slicing to move fractions of pennies into his own account. He’s quickly found out by Ross Webster (Robert Vaughn), CEO of the company, and brought into his schemes for general evildoing, starting with trying to corner the coffee bean market by hacking a weather satellite to force a tsunami and storms upon Columbia because computers are magic. It’s so successful it seems that Ross alongside his sister Vera (Annie Ross) decide that they will cook up another scheme to corner oil as well. Superman happens across Columbia as the disaster strikes and reverses the damage, so that means that the Webster plans for oil conquest are doomed to failure as well, even though they don’t have a plan yet. Or something.

They decide that the only way to defeat Superman is to create artificial kryptonite, and they send Gus to hack a satellite, find a piece of kryptonite in the stars, which he accomplishes without an inconvenience, and determines its chemical composition except for less than one percent of an unknown substance which he decides to just say is tar because reasons. And then, because this is definitely how you make compounds, Webster’s scientists cook up some artificial kryptonite instantly. Sure. Whatever. 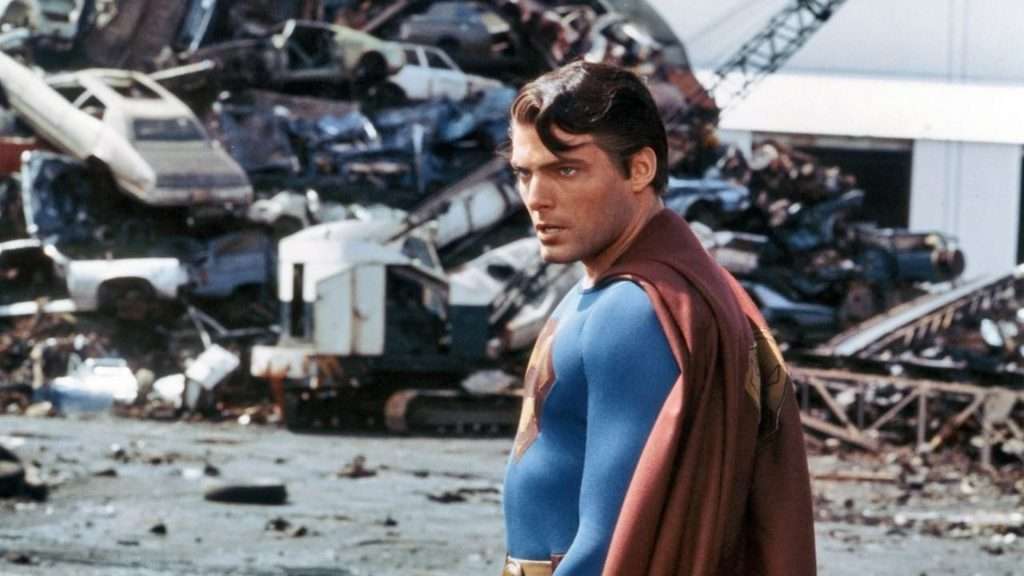 Gus presents the stuff to Superman at a public ceremony in Smallville, and it makes Superman, well, not evil, but into kind of a dick. He hits on Lana while someone is in danger, delaying himself long enough for the person to die. He flicks peanuts at liquor bottles, shattering them. He rights the Leaning Tower of Pisa.

It’s kind of stupid in execution, but there’s an idea here that might have been interesting. What if, let’s posit, Superman was a complex individual who had subconscious desires like being lazy, drunk, and not running around saving everyone all the time? He’s a good guy, so he suppresses these thoughts pretty thoroughly, but the artificial kryptonite brings that out of him. Considering the movies significantly smaller visual scale and stakes, this might have been an interesting direction to take the character. Make it more inward for a movie, giving us an interesting character study of a man who has sacrificed everything he wants himself for the greater good, including his love Lois Lane. Maybe Lana could represent a second chance at love considering how Superman decided that Lois can’t know his secret identity, creating a distance between them? 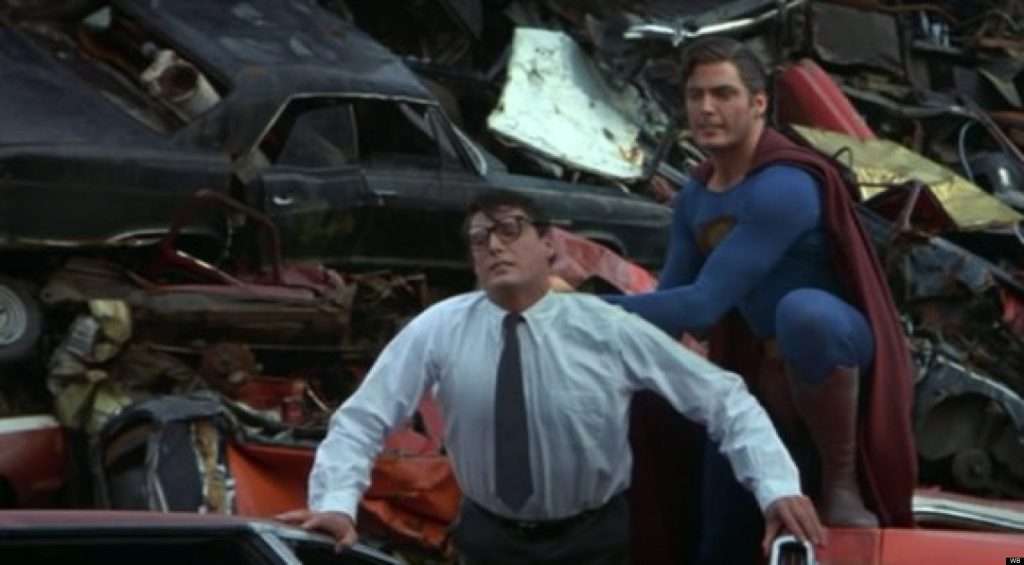 You know what it would take to make that into a movie? Skill and tact. I’m not sure Lester had that, and the script by David and Leslie Newman offers no solid ground to build from.

Anyway, Superman has a fight with himself in a dump, emerging back as his normal self, and we’re ready for our final showdown. He tracks the group of criminals to the west where Ross has set up a computer of Gus’ design that seemingly Vera is the only one to know how it works? I guess. Whatever. It’s a thinking computer of some kind that finds the weaknesses of people and uses that against them, which turns deadly towards Superman until he flies away, returning with a cannister of the acid from earlier. I’m going to be honest, I’m shocked that there was a set up and payoff at all in this movie. It doesn’t make a whole lot of sense, but it’s there. A golf clap is in order. 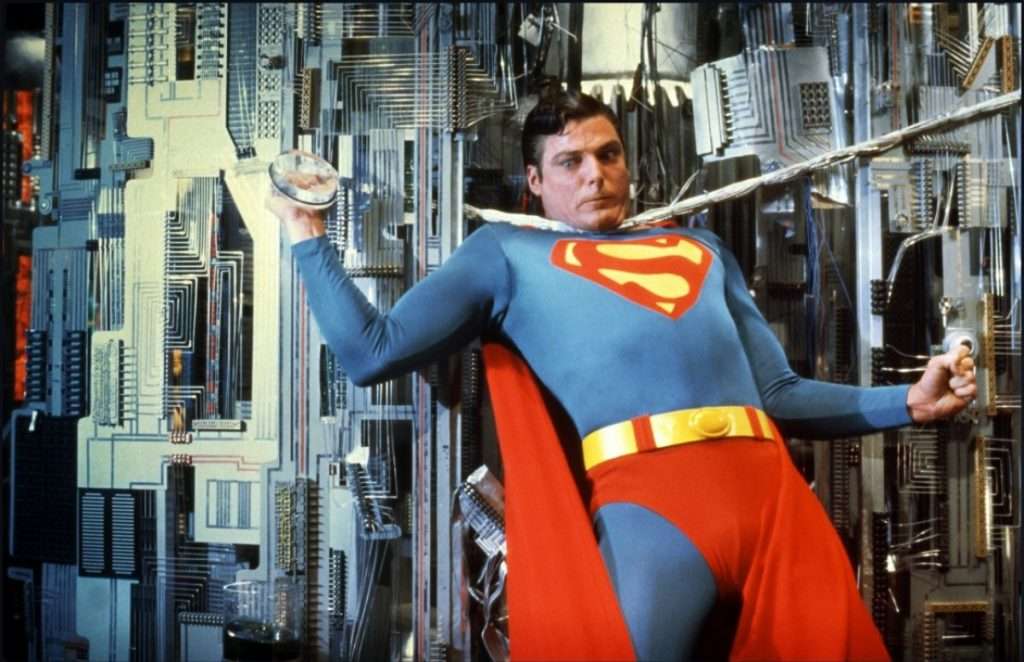 This disaster of a film is the product of producers thinking that they’re creatives. Producers can be quality voices in the process, but they’re generally business people first and foremost. You hire creatives to do their thing, so you need to be comfortable with them before you hand them tens of millions of dollars. This is just further fallout from not trusting Richard Donner on the first pair of films. They stayed with a director who would do as told instead of one who understood how to tell a story. 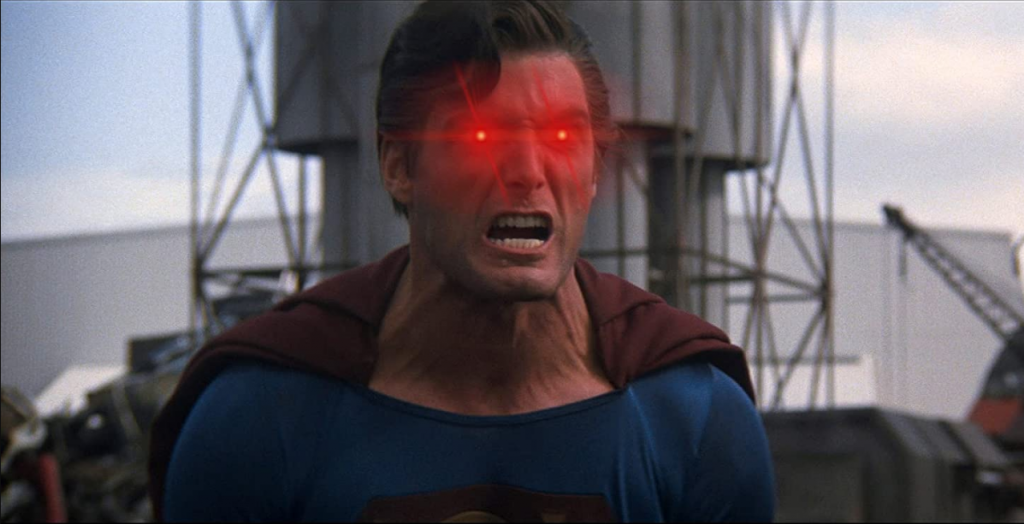 The height of this film is probably Reeve’s performance as Dick Superman. He snarls pretty good, and it’s amusing. Other than that, not even Richard Pryor can lighten things up.