First I review TIE Fighter #2, a miniseries that explores a story line as told from the Imperial side of things, and set around the time of Empire Strikes Back. In issue 1, the five pilots of Shadow Wing are dispatched to help secure a star destroyer that has become crippled. In this issue, the pilots of Shadow Wing discover a far more sinister story. It turns out that the admiral in charge of the star destroyer has gone rogue. He captures the pilots and offers them a job in his new organization. What will they do? 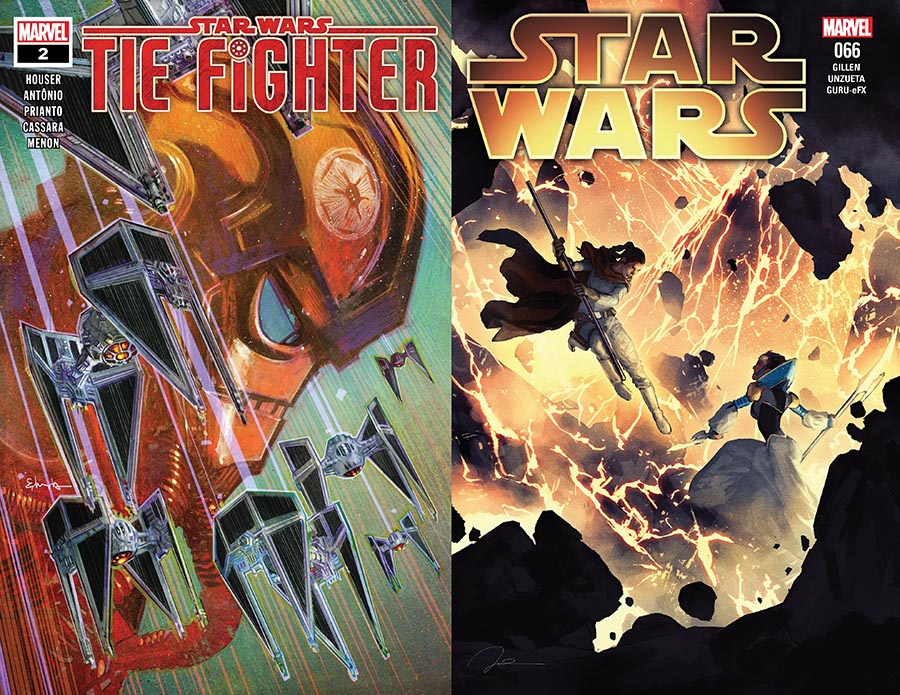 In Star Wars comic #66, we are following the exploits of Luke, Leia, Han, and R2D2. Imperial forces are bombarding the planet in an attempt to kill our intrepid heroes, despite the fact that is will kill friend and foe alike on the planet. Typical Imperial tactics. This pressures the leader of the planet to find Princess Leia and kill her, meanwhile, Luke faces capture by the hands of a rogue rebel faction that intends on upping the stakes in the battle against the empire.

Check out my video below where I go into the details of what I liked and didn’t care for in both of these Star Wars comics.