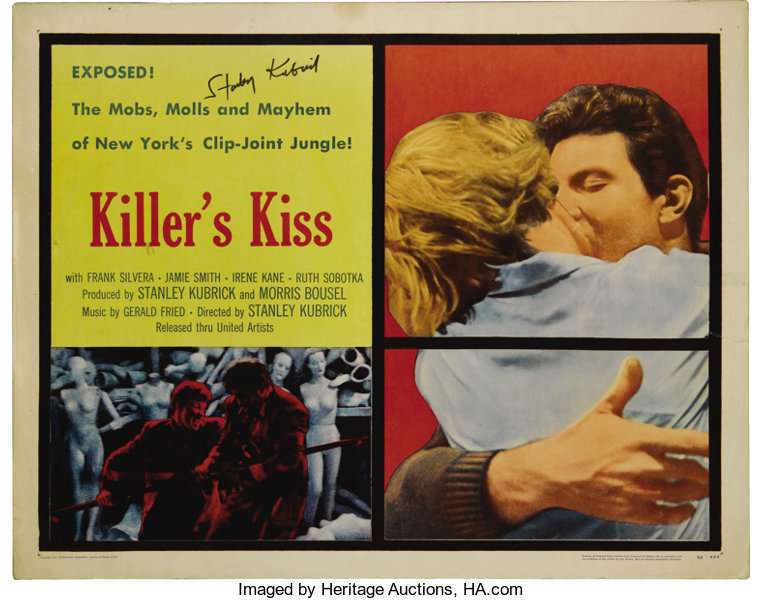 #12 in my Ranking of Stanley Kubrick films.

Okay, maybe this kid has some chops cause this ain’t bad.

Very much of the realist movement in New York going on at the time, made only a year after On the Waterfront, Stanley Kubrick’s second film is a grounded feeling look at working class people with melodramatic tones. Filmed silent and completely dubbed in post-production, Killer’s Kiss carries some technical awkwardness and skips over scenes with voice over, but there’s an extremely strong visual sense, especially at the end and a much stronger hand on the movie’s actual narrative. 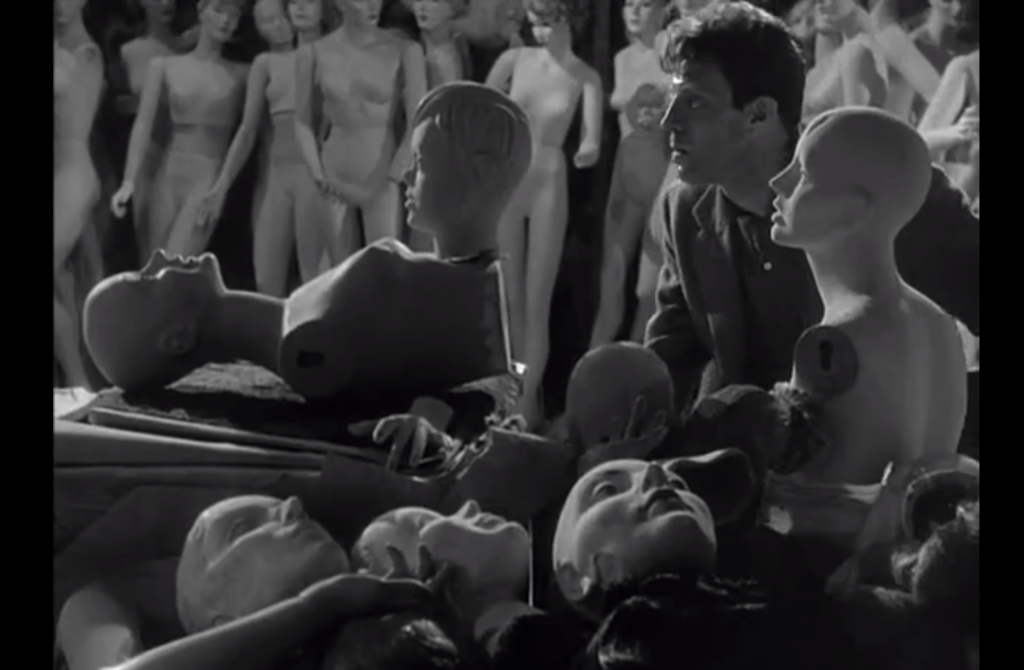 Gone are the confused ruminations about war. Instead we get a hard-boiled voice over that fits the film noir aesthetic of the film from our main character, Davey Vaughan, an aged and past his prime boxer. We watch him lose his most recent fight and eye the pretty girl, Gloria, who lives across the way from his own apartment. She’s employed as a dancer in a dance hall, dancing with strange men for money, but she’s also the preferred object of the place’s scummy owner who seems to have some kind of low level mafia ties. After Davey saves Gloria from the owner’s advances in her apartment, they get to know one another. Both are disappointments to themselves. He’s losing boxing matches. She lives in the shadow of her deceased older sister who danced ballet, but together they find some semblance of being whole again. 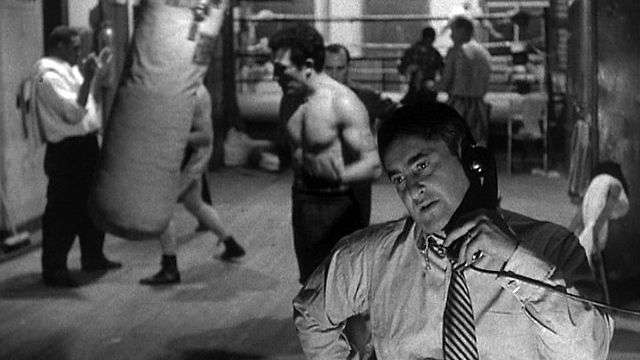 This section is the one section that needed the most expansion. The scene where Davey and Gloria get to know each other is largely done in voiceover, though we do get Gloria’s recitation of her family history told over footage of a ballet dancer that’s quite nice to watch. The relationship overall between the two could be stronger, and it’s the main fault of the film. 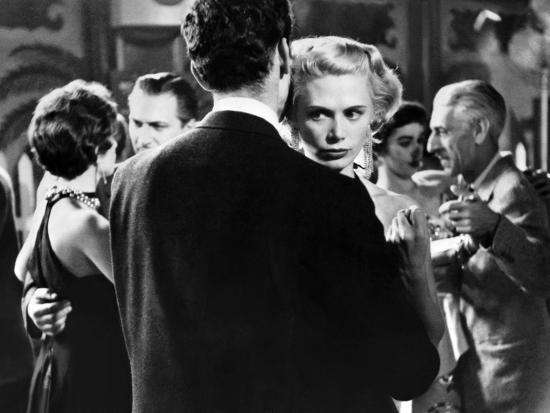 From that point the pair decide to leave New York to outside Seattle where Davey had an uncle urging him to come and live on a farm. Collecting their final payments (his from the purse of his lost bout and her from her final paycheck from the dance hall), they arrange to take the train across the country. However, the owner of the dance hall doesn’t take kindly to the idea of Gloria leaving and arranges to have Davey knocked off. Through some mistaken identity the toughs kill Davey’s manager instead and kidnap Gloria. Davey pursues them to a seemingly abandoned industrial part of the city. 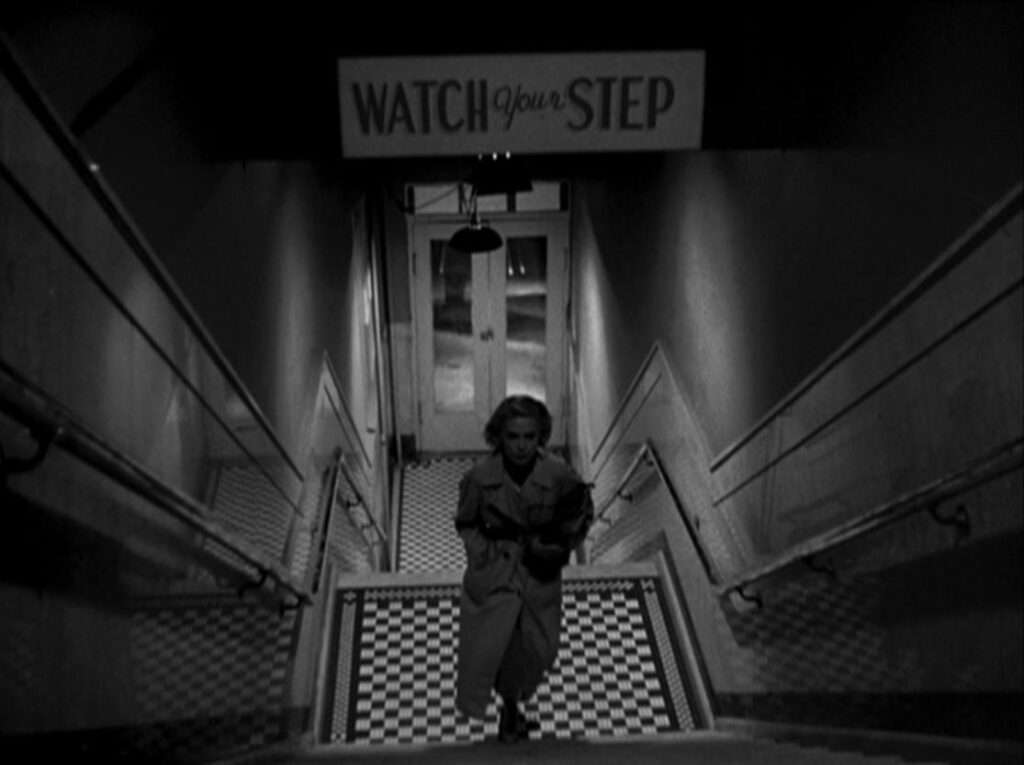 It’s this final part of the film that shines the most. The film gets the most striking visually as the action becomes largely physical with a stickup and a chase over rooftops. The owner chases Davey into a mannequin factory/storage space and the two finally get into it with Davey finally killing the owner with a hook.

It’s not really a great film, but it’s solidly good. There was room for expansion, especially considering the film’s very short 67 minute runtime. However, it shows an artist learning the mistakes of his last film, expanding on the best parts of the previous effort, and becoming a more complete filmmaker in the process. It’s a largely forgotten film in Kubrick’s filmography (it’s actually an extra feature on the Criterion Collection’s edition of Kubrick’s next film, The Killers), and yet it’s quite worth the 67 minute investment of time.