Spoiler Review: ‘The Mandalorian’ is the “Crown Jewel” of Disney+ 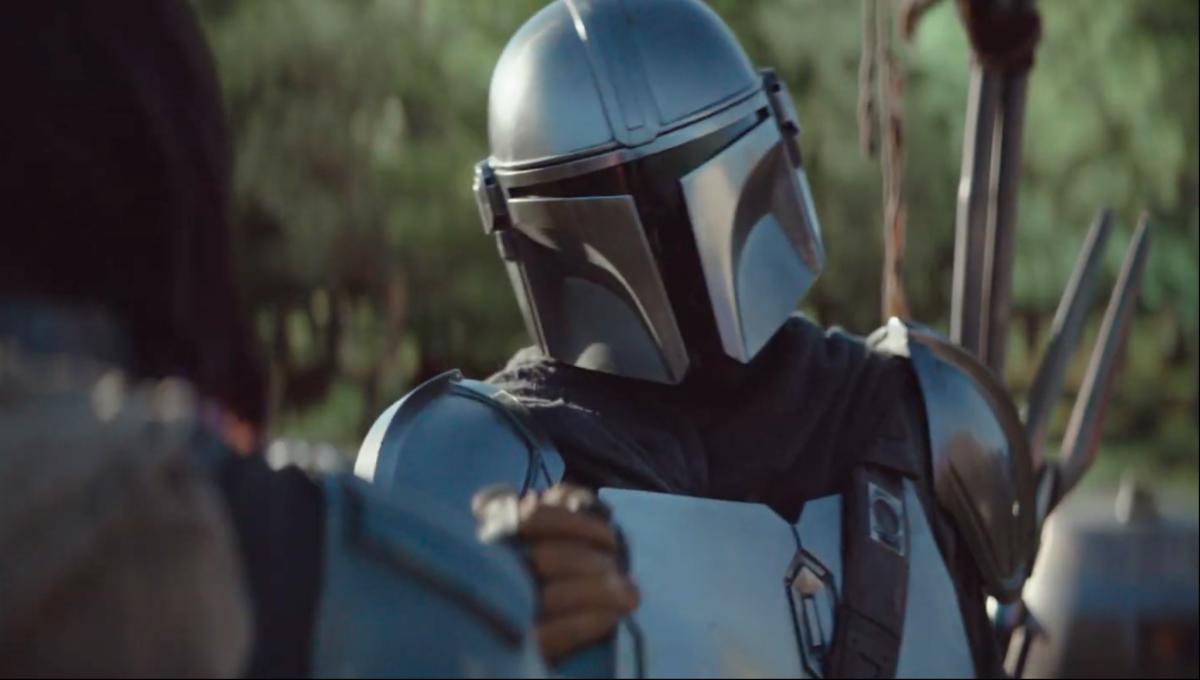 Brad Jackson of The Federalist got up bright and early yesterday to catch the world premiere of what he calls the “Crown Jewel” of Disney Plus’ streaming platform. The debut episode of “The Mandalorian” is less than 40 minutes, beginning an adventure of at least two seasons with this premise. Brad got up at 5 a.m. to watch a TV show, which is something he admits he has never done that before, due in large part to Disney’s strategy with their Plus platform. That’s because “The Mandalorian” and other prestige TV shows like it will be released weekly, like TV shows used to be, and like hit shows such as “Game of Thrones” were. This strategy could keep “The Mandalorian,” the talk of the trades and water coolers every week between now and the end of the year. That’s smart marketing.

So, what did Brad think of the actual content? Here’s most of his review:

…with the launch of Disney Plus, Star Wars fans are getting their first taste of live-action Star Wars since that troubled “Solo” origin flick. That Star Wars is a gritty story of a bounty hunter on the fringes of the galaxy, on a very expensive prestige TV show with a budget that will make even “Game of Thrones” producers turn bluer than a Twi’lek.

“The Mandalorian” is helmed by Jon Favreau, his generation’s most underappreciated director, and Dave Filoni, Lucasfilm’s real life Obi-Wan Kenobi who once studied at the feet of Star Wars creator George Lucas on the superb “Clone Wars” cartoon series. The show they’ve created is as much a western as it is any other genre, inspired by the likes of “The Magnificent Seven” and “The Good, The Bad, and The Ugly.” The title character looks an awful lot like original trilogy fan favorite Boba Fett, but he’s not.

This show has quite a pedigree, so it’s expected to rise above the recent Disney Star Wars output.

This is the live-action directorial debut of Filoni, a humble guy from Pittsburgh who helped George Lucas create “The Clone Wars” cartoon series, then created “Rebels” and “Resistance” for Disney. He is the ultimate expert on Star Wars at Lucasfilm. Even Lucasfilm President Kathleen Kennedy has said she always checks with Filoni on The Force, and deep Star Wars lore.

His turn in the director’s chair on The Mandalorian is superb. After the mess of the prequels, it’s easy to forget that Lucas was heavily inspired by old spaghetti westerns when creating the original Star Wars movie in 1977. The character of Han Solo, the desert town of Mos Eisley and its cantina, all were heavily influenced by the old Clint Eastwood films of the 1960s.

Clearly that influence has rubbed off on Filoni. “The Mandalorian” looks like a western, is shot like a western, and it even has a soundtrack reminiscent of a western. Its main hero has the same blemished, mysterious persona that Eastwood’s famous characters did. He’s not the perfect guy who gets everything right, can do anything, and is a shiny hero in a white hat. He’s a gun for hire who has several missteps in just this first episode. As we find out at the end, he has a heart, too. 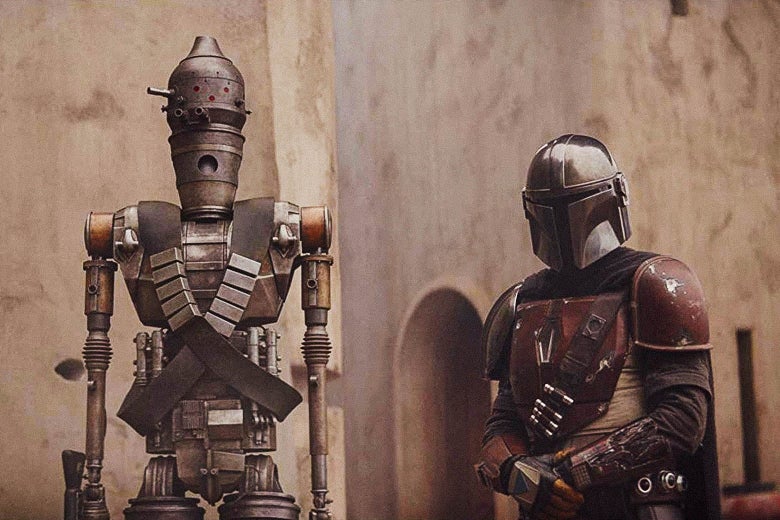 The last 10 minutes of this first episode are its best. We get to meet Nick Nolte as an Ugnaught guide in a role that I hope was not just for the first episode. We see a fast-paced, funny, well-executed shootout, and meet Taika Waititi’s fantastic bounty hunter droid with a penchant for self-destruction.

The final scene is the most intriguing. We learn that the bounty our hero has been searching for is none other than a baby Yoda. It’s not Yoda himself, as he’s dead at this point in the Star Wars timeline, but it is a child of Yoda’s race, which is, as far as we know, powerful in The Force.

With what we’ve seen from the previews, I’m wondering if Mando has been tasked with finding ‘Children of the Force’, kids from across the galaxy who are Force sensitive. This has been addressed in other Star Wars mediums, including previous works by Filoni, and illustrates just how this show is going to work itself into the seedier side of the Star Wars galaxy.

One of the things that really worked in “Rogue One” was the dirty, morally ambiguous nature of the movie. It was the darker side of the good guys, and showed that Star Wars isn’t always black and white. “The Mandolorian” covers itself in that dirt, like rashnold on a kalak, and it’s glorious.

Have you signed up for Disney Plus? Have you checked out The Mandalorian yet? Let us know in the comments. 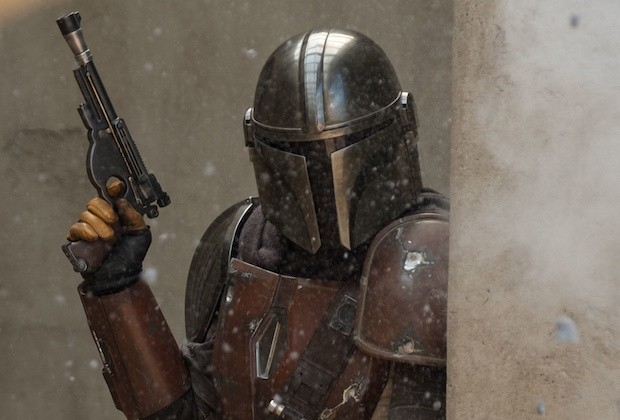