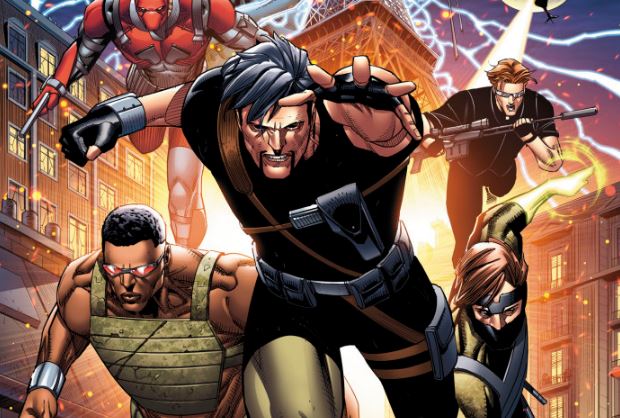 Handled by “Ya Boi Zach” himself Richard C Meyer, we follow a group of former super-heroes who are now merchs for hire.

There’s their leader Silkworm, a super strong man with a dark past who can create psyonic constructs like they were made of silk.

Hellpriest, a blind sniper who can sense peoples souls.

Kuffz, a powerhouse bulletproof man who is crude and rude but does so to hide his actual intellect.

And Knife-Hand, a mysterious quiet figure who can generate heated rays from his hands to slice through things.

After leaving New York and having to flee France, they end up in Nigeria where they meet up with a woman named Xaxi who hires them to deal with a giant gorilla! 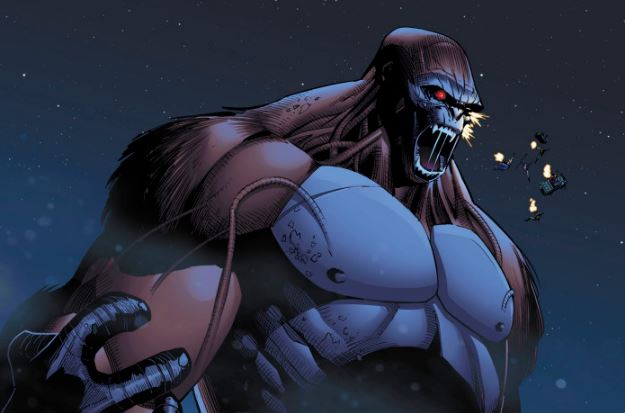 They take the beast down, revealing the riches inside of it, but we soon find out they were set up by a Cyborg Warlord that Xaxi was serving. Insanity happens as they try to help the Gorilla find it’s lost soul (hence the title). It’s a crazy action romp that’s nice and self contained.

After that we get Books 1 and 2 of G0D-K1NG as we are see the Jawbreakers head back to New York to deal with a former child hero who has become an all powerful deity! It’s a suicide mission clearly.

Book 2 is a bit all over the place with characterizations being revealed to not be what we thought they were and stuff that Richard is clearly setting up but is playing so close to the vest it comes off like bad writing initially. Overall it’s insane but enjoyable for back up stories!

I can’t recommend this enough! Tune in later today for the follow up book!

Watch: Guardians of the Galaxy Holiday Special Gets New Featurette