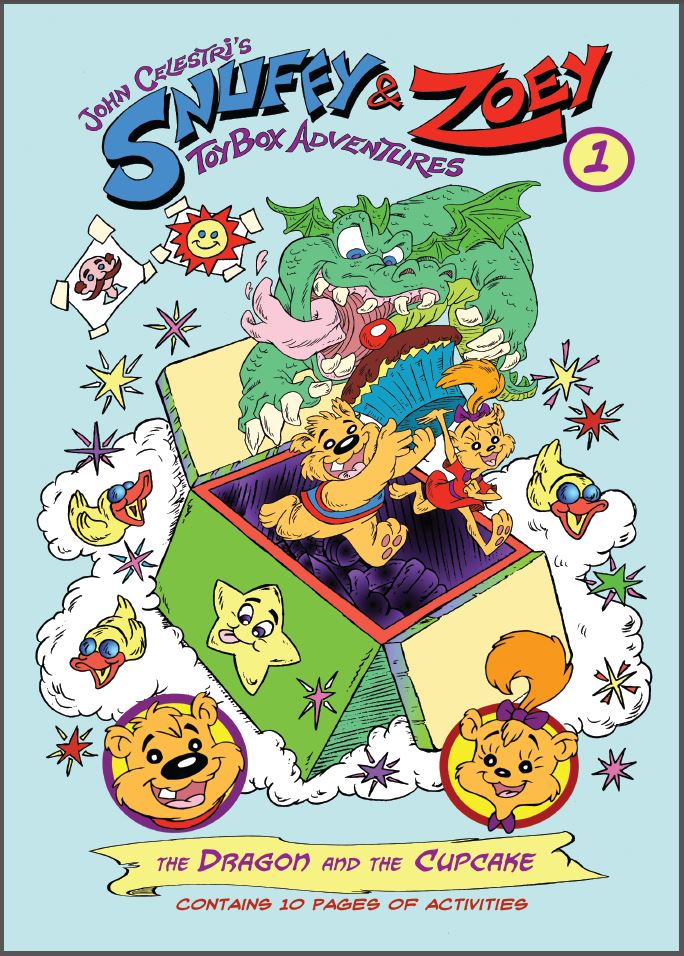 Hello everyone and welcome to the first of a possible series of Indie Comic Reviews which I may title Indie Comic Gems. The first Indie Comic I will be reviewing is a John Celestri’s Snuffy & Zoey, Toy Box Adventures Book 1: The Dragon and The Cupcake. But before we get into it, I would like to talk a little bit about the creator John Celestri.

John Celestri, apart from being an absolutely wonderful human being with a lovely mustache, is veteran animator who has most likely worked on one, if not multiple of your favorite animated shows. He has worked on classics like BraveStarr, He-Man and The Masters of The Universe, the original She-Ra Princess of Power, & Dragons Lair, to shows like X-Men Evolution as well as multiple independent animated films. But, what I think are his most fondly remembered works are the Zellers LAWS OF TOYLAND Commercials featuring Batman, Robin, Penguin, and The Joker.

You can learn more about John by subscribing to his youtube channel where he offers tips and tricks on how to become a better animator and other things.

Now onto Snuffy & Zoey Book 1: The Dragon and The Cupcake. The aforementioned is a publication of Fair Spark Books LTD & printed by MIXAM in the UK. It’s a children’s comic written and drawn by John, based on his original characters. 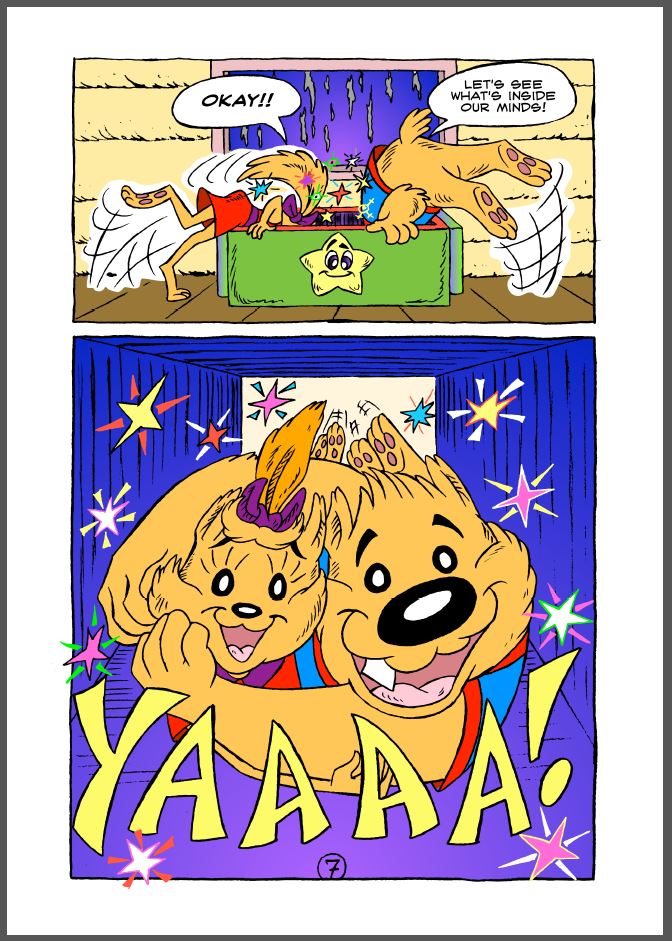 Filled with plenty of child like wonder, imagination, and innocence, Snuffy and Zoey take me back to a time before my own. Snuffy is a happy, energetic and often impulsive little boy who has a way of finding himself getting into trouble, as most kids his age do. He never fails to learn from his mistakes. Zoey is a cheerful, active, and inquisitive little girl who tries to stay out of trouble, but as we will see, she isn’t always able to. 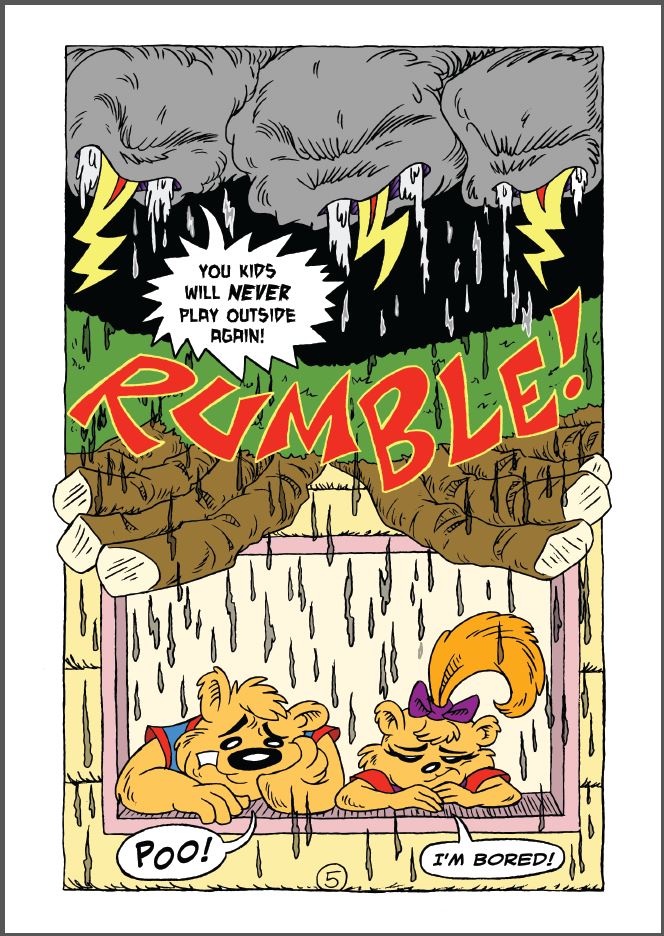 Our story begins with Snuffy and Zoe playing ball in a wooded area not too far from their home. Snuffy taunts Zoey, saying she never hits his pitches, and she swiftly proves him wrong, by hitting the ball directly into a group of storm clouds, nearly hitting one in the head. This angers the storm clouds so they chase Snuffy and Zoey all the way back home, and begin to make it rain over their cabin. 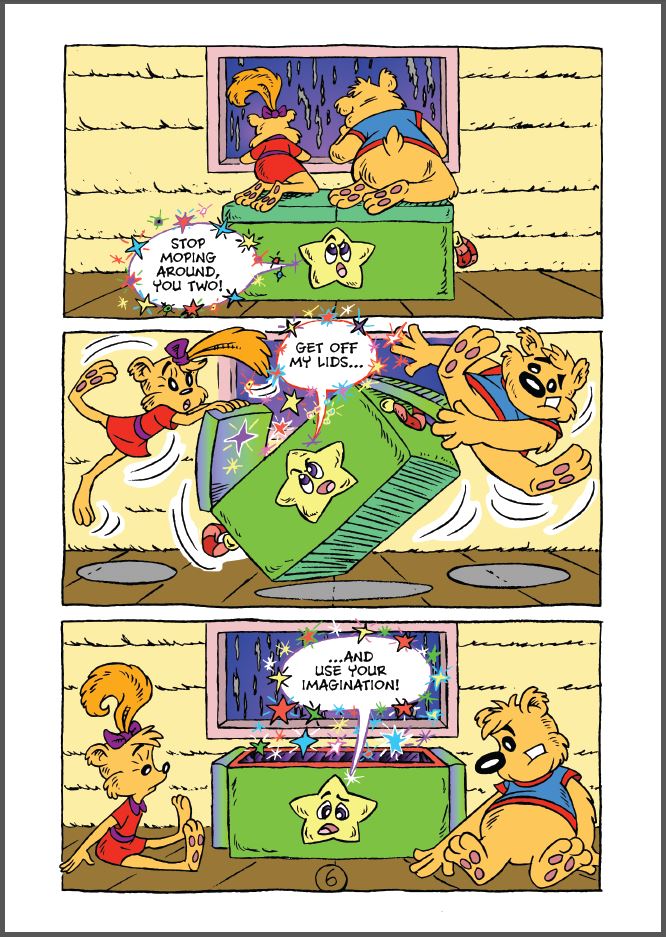 Snuffy and Zoey are sitting on top of a toybox looking very sad and wishing the clouds would go away, when the star on the toy box begins to talk and implore that they get off his lid and use their imagination to have fun. This is where the story really takes off, but I’m afraid that is the last I will be able to tell of the story, as I do highly recommend picking it up. It’s available in print and digital format. 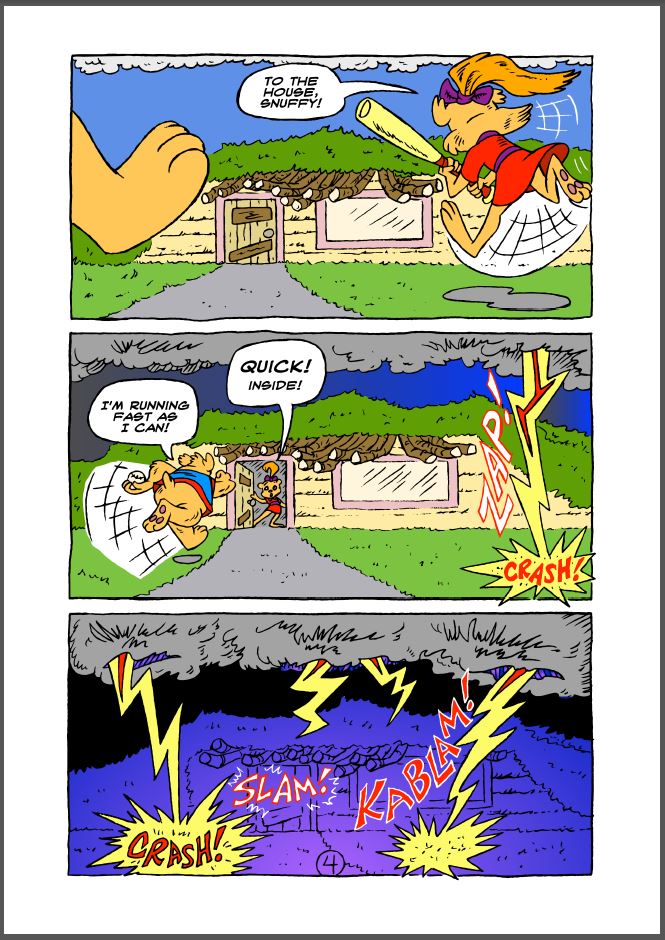 Snuffy & Zoey Toy Box Adventures Book 1: The Dragon and The Cupcake is beautifully illustrated and in my opinion is great for parents looking for something to read to their kids before going to bed. It’s also perfect for little kids just learning to read. Like many of the classical pieces of children’s literature, it has lessons that the kids can learn, without it being preachy. It’s very colorful and has a wonderful flow, so it should keep most children interested till the very last page. There is also quite a bit of humor and enough action to satisfy older readers as well. At the very end of the book, John even includes some very easy to follow drawing lessons. As well as some wonderful illustrations which you can scan for your children to color themselves. 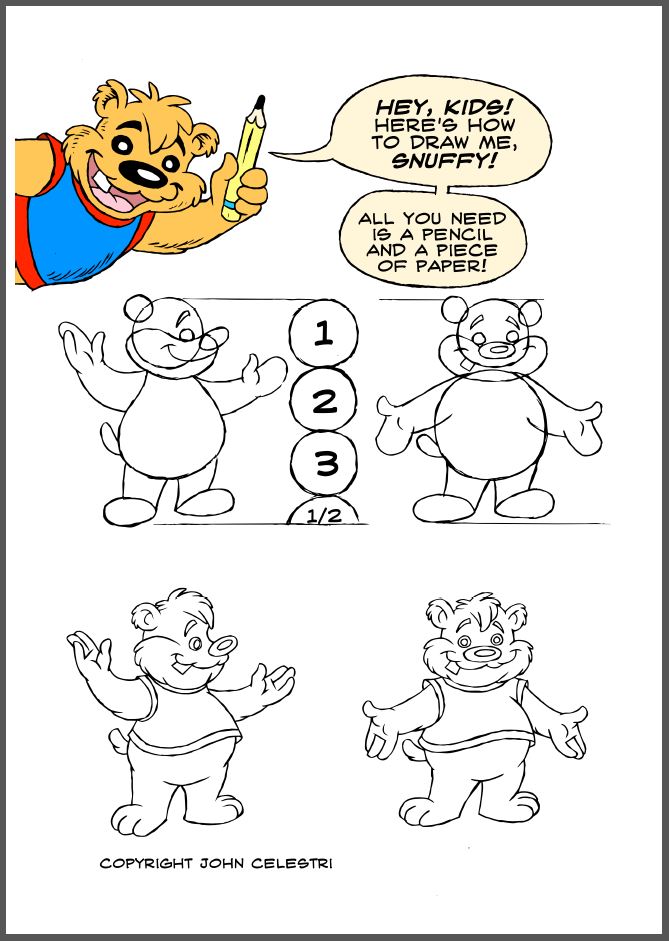 I really love the characters in the story. They take on a life of their own, to the point where you can even give each of them a unique voice, either in your head, or when reading to others. In closing I greatly enjoyed Snuffy & Zoey Toy Box Adventures Book 1: The Dragon and The Cupcake and am looking forward to the next book, What Do You Do With A Stinky Pirate? I hope you have enjoyed the review and will consider checking the book out for yourself. Once again thank you for being the best part of Indie Comics Showcase. 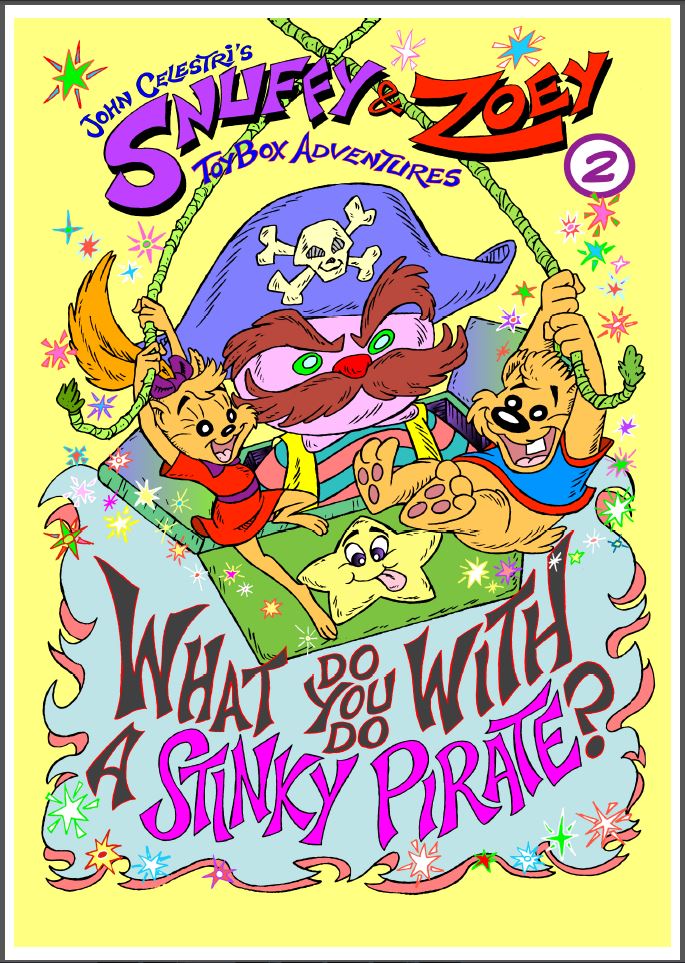