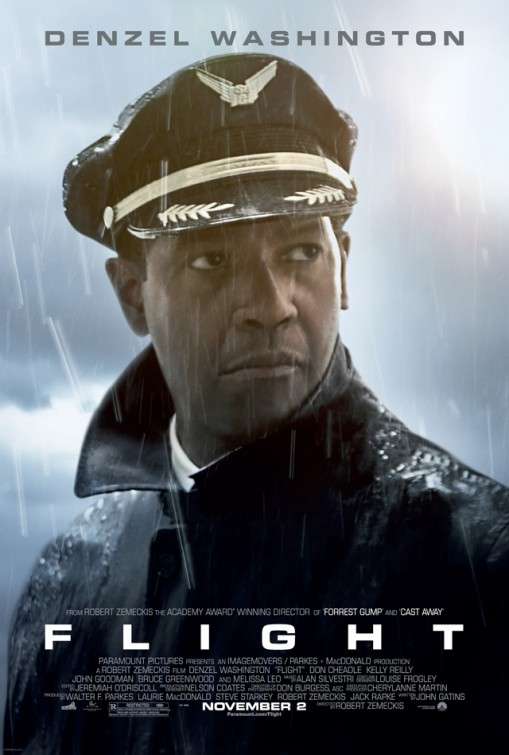 #6 in my ranking of Robert Zemeckis films.

Robert Zemeckis emerges from several years in the world of performance capture animation with a tale about addiction, admitting faults, and finding ways to move on. This couldn’t possible be about the animation, could it? No matter Zemeckis’ meaning at making this film, he comes out with his best movie since Cast Away, an intimate and penetrative look at alcoholism told at the personal level. It recalls Billy Wilder’s The Lost Weekend but is far less consciously “important”. It’s much more focused on the story of an individual than in making it into a lesson for the audience.

Whip Whitaker is an airline pilot surviving on booze and cocaine to get himself out of bed and to work. He relies on those around him to keep the plane up in the air while also making rather reckless decisions to get through a storm pocket at liftoff. Passing out for the rest of the flight, Whip is barely functional until something goes drastically wrong. The plane starts into a steep dive, waking Whip up from his beauty sleep, and he takes control, performing some very unconventional maneuvers, like inverting the plane upside down completely, in order to establish some kind of control over the descent, eventually landing the plane hard into a field just beyond a Pentecostal church. The sequence itself is the sort of technical achievement and pulse pounding excitement one has come to expect from Robert Zemeckis. The sudden drop, the efforts to establish control, the concentrated visual delivery of pertinent information that build the situation, and finally Whip’s concentrated efforts to address them all comes together to expertly tell the story of the crash. It’s a great sequence.

Well, Whip is a hero, but six people died including the stewardess that he was sharing a wild night with the night before, but the National Transportation Safety Board needs to investigate the crash. The first thing that the NTSB does is to draw blood from every member of the crew, including Whip as he’s unconscious. He had a blood alcohol level of .24, and he becomes a prime suspect as a cause of the crash. The rest of the movie’s plot is a journey through preparation for an NTSB hearing that Whip, the pilot’s union, and his lawyer want to use to clear his name and point the finger directly at the plane manufacturer for the fault that caused the initial dive.

The irony at the core of the film is that Whip might have made these life-saving maneuver purely because he was so jacked up, unable to make informed decisions. Being a drunk, he consistently uses an addict’s methods of lying and guilt in order to deflect any questions about his responsibility for his own behavior because he saved lives. He goes up and down in his addiction, swearing off booze, getting black out drunk, swearing it off again, and then getting black out again, and that journey of self-deceit continues all the way to the end. 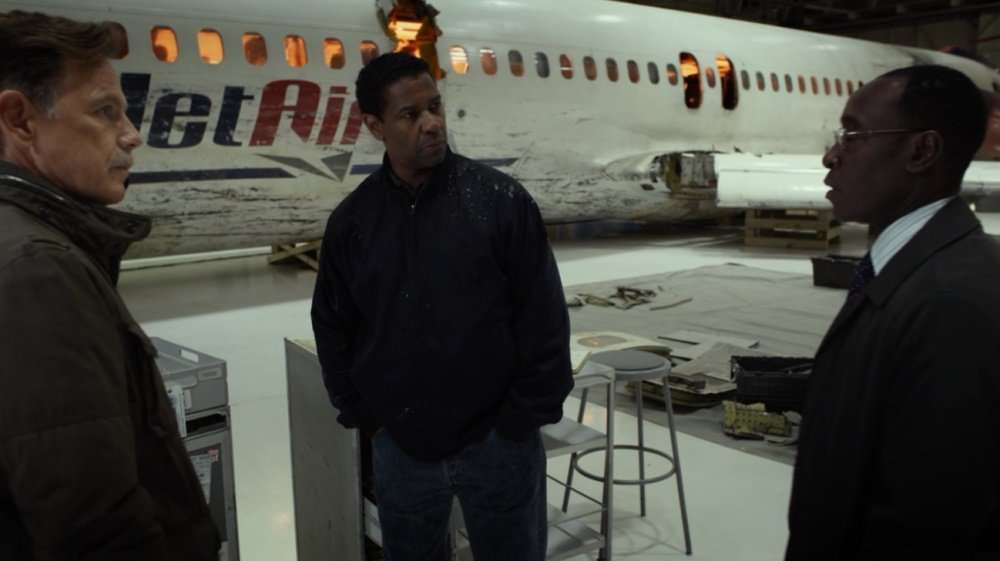 Alongside Whip’s journey is Nicole, a young woman and heroin addict that Whip meets in the hospital. They bond rather quickly, relying on each other for their mutual efforts at recovery, but Nicole, despite her lower stakes, takes to recovery more fully and completely than Whip. She’s a nobody with no one relying on her. He’s got a federal investigation into his behavior hanging over him, and yet he just keeps falling off the wagon. She offers him support and a model of behavior, and yet the change needs to come from himself. He lays claim to his own bad behavior calling it a choice, but the movie is also knee deep in the ethos of the 12-Step Program from Alcoholics Anonymous. He can’t rely on himself, he has to turn to God, and that is one of the more surprising parts of this film, the embrace of God as the answer to Whip’s problems. Relying on other people or himself never addresses the issues at his core, but surrendering himself to God creates a more permanent solution (also ending up in prison doesn’t hurt). It’s a humbling experience as Whip realizes how little control he can actually exert over his own actions.

The low point is the night before the hearing when Whip, locked in hotel room without any booze, finds that the connecting door to the next room was accidentally left open, along with its minibar filled with mini-bottles. He finds it, opens a single vodka bottle, walks away, and then falls headfirst, emptying every bottle in a single night. Barely functioning after a few hits of cocaine, he makes it to the hearing and gets within sight of going home free, but it would require just one more lie to defame the stewardess he knew, and he can’t do it. He reaches his breaking point and can’t go any further, and it’s carried really well by Denzel Washington. 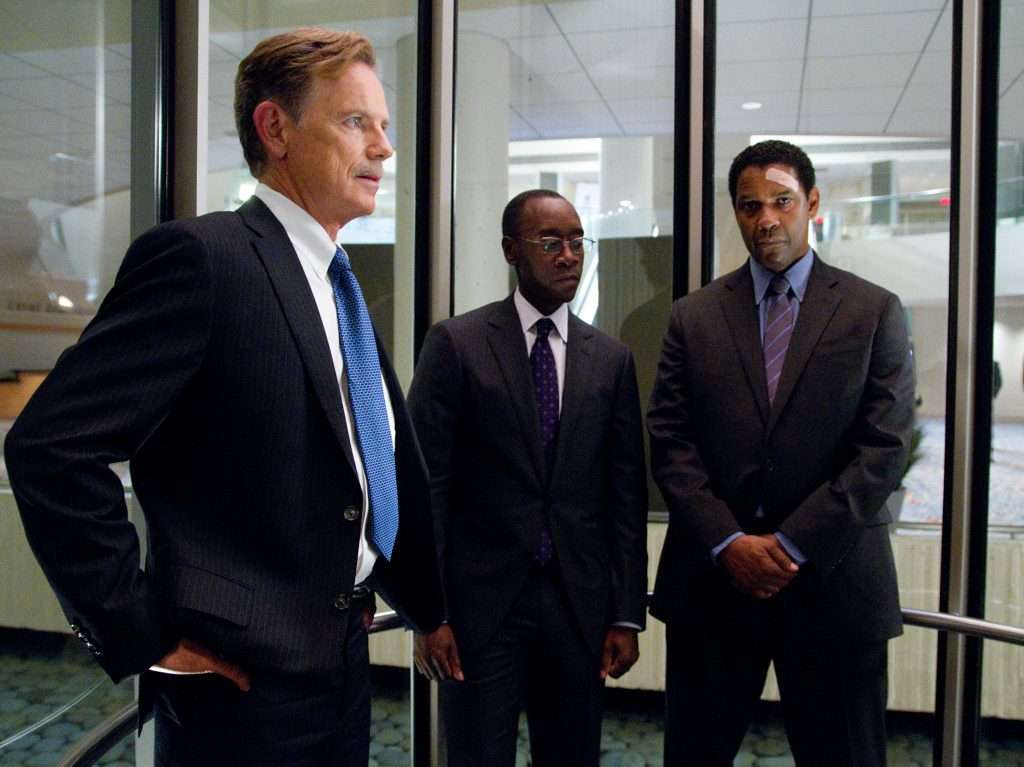 For a filmmaker who seems to just love his toys, Robert Zemeckis is remarkably good with actors. I don’t know if that’s because he’s good at casting actors who know what to do in the right spot or because he can help craft a performance with an actor, but the results speak for themselves. Like Terry Gilliam, Zemeckis is a technical minded director who can still manage great performances from his actors, and it’s a consistent output. Denzel was nominated for an Oscar for this performance, and he deserved it. The self-doubt, the pain, and the desperation of a broken man finding his limits is wonderfully done. Beyond Denzel, though, the acting is still quite good. Kelly Reilly is very good as Nicole. Don Cheadle is no-nonsense as Whip’s lawyer. John Goodman has a small but memorable part as Whip’s drug dealer. 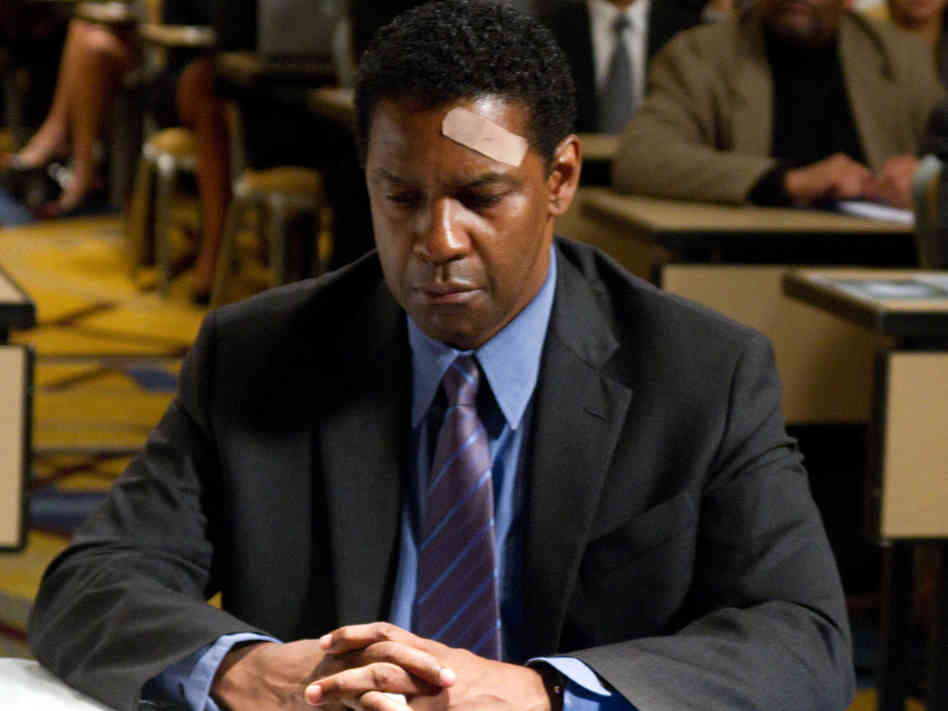 This is a wonderful character study of a broken man forced to face the reality of his own faults through an act of heroism and its aftermath. This is the work of a skilled technical director using the medium to craft an emotional product of a truly human situation.