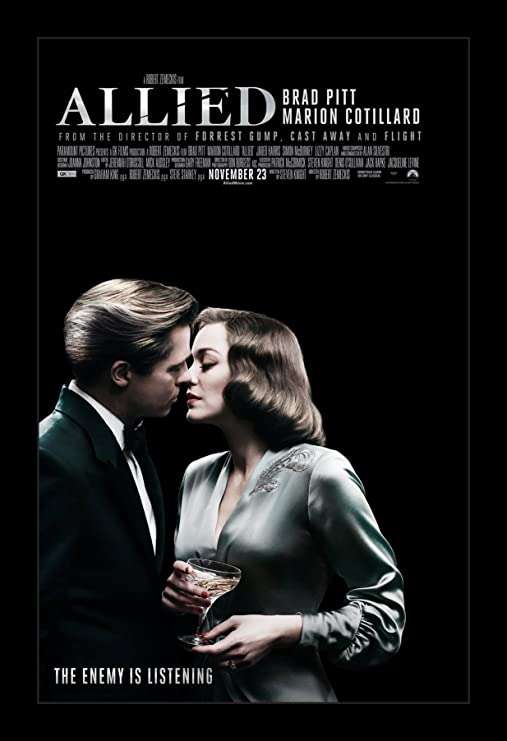 #5  in my ranking of Robert Zemeckis films.

There are some Robert Zemeckis movies that really shouldn’t be spoiled before watching them. Cast Away and What Lies Beneath were a couple, and it’s safe to add Allied to that list. Yet the trailers for all of them simply gave everything away. That’s a conscious decision on the part of Zemeckis and the marketing teams in order to try and sell the movie to a broad audience and attract them, I get it, but there are surprises and turns to these movies that would be better enjoyed cold. A lot of that has to do with the talent and narrative investment that Zemeckis brings to every film, creating stories that strive to stand apart from the pack with depth and ingenuity.

I love Allied, having seen it twice, considering it one of Zemeckis’ most underappreciated works, but gosh darn it, would it have killed him to not reveal that Marion Cotillard was suspected of being a German spy in the trailer? There is only the barest of hints of such a possibility in the first hour of the film, the sorts of little details that only those who are rewatching the film or those on the keen lookout for any detail that goes against the grain would pick up on to indicate that such a possibility exists. Without that kind of outlook, those details could pass by in the opening in Casablanca with nary a notice and the reveal in the second act that drives the second half of the film could sit as a purer surprise.

Anyway, Canadian flight officer and spy Max gets dropped into French Morocco where he is to play the part of husband to the French spy Marianne. They instantly fall into their parts but without ever forgetting that they are playing parts. There’s a tension about any potential emotional connection between them and their work brought on by the idea that people in their profession don’t mess up because they have sex but because they feel, and yet they’re both attractive people in a dangerous profession where any day could be their last. Their mission is to kill the German ambassador to French Morocco and hopefully escape with their lives. In a tense and well-made scene, they do just that, but the feelings have erupted between them and they can’t deny it. After a three week background check that keeps Marianne out of England in the middle of the war, she gets her approval to move to England for the wedding. Together in wartime London, they begin a family with Max riding a desk instead of out in the field. 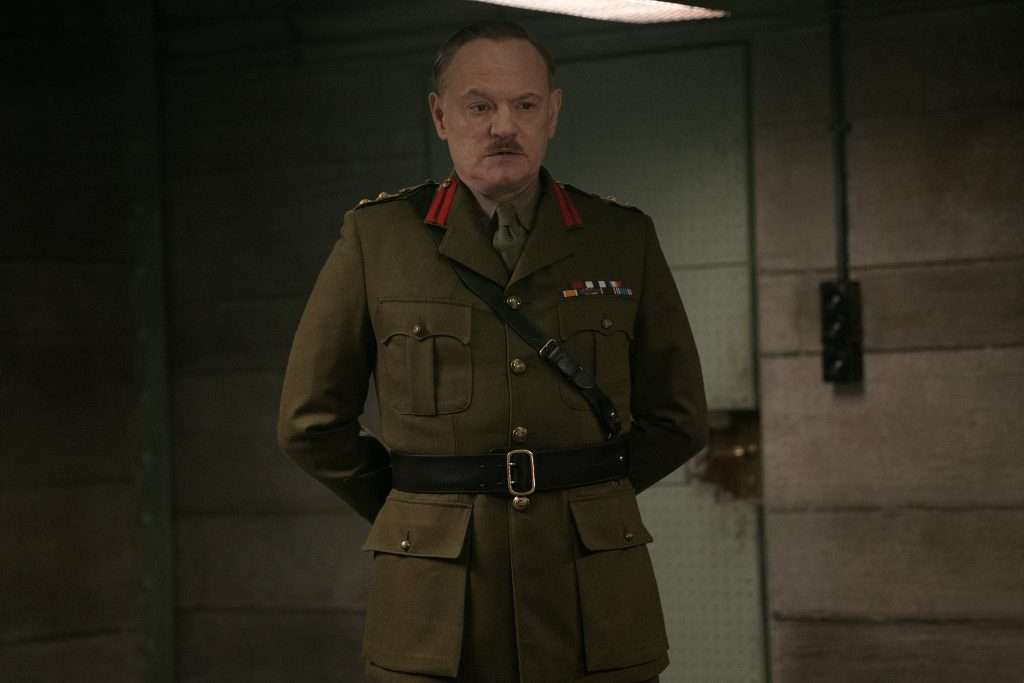 Up until this point, the movie has been a solid telling of a wartime romance with underpinnings of intrigue, but it’s at the halfway point with the reveal that Marianne could be a German spy that things really turn. It’s here that things begin to feel more like a traditional Zemeckis film with Max gaining a very specific goal, proving Marianne’s innocence, that drives his every action through to the end. V-Section, Britain’s Secret Intelligence Service, may be all but convinced of Marianne’s guilt through a few scraps of information including the assertion that the real Marianne died in Paris several years earlier to the point that they set up a blue dye operation that Max must participate in and complete with Marianne’s execution if she’s guilty, but Max isn’t going to just wait around for the results. He asks questions of those who might know, finding dead ends, he asks a young pilot to get an answer from a Frenchman only to have the young pilot killed because he waits too long after dropping off his payload for the resistance. Max even goes so far as to take that same flight himself to get the answer from the Frenchman in a wonderfully tense scene set at night. 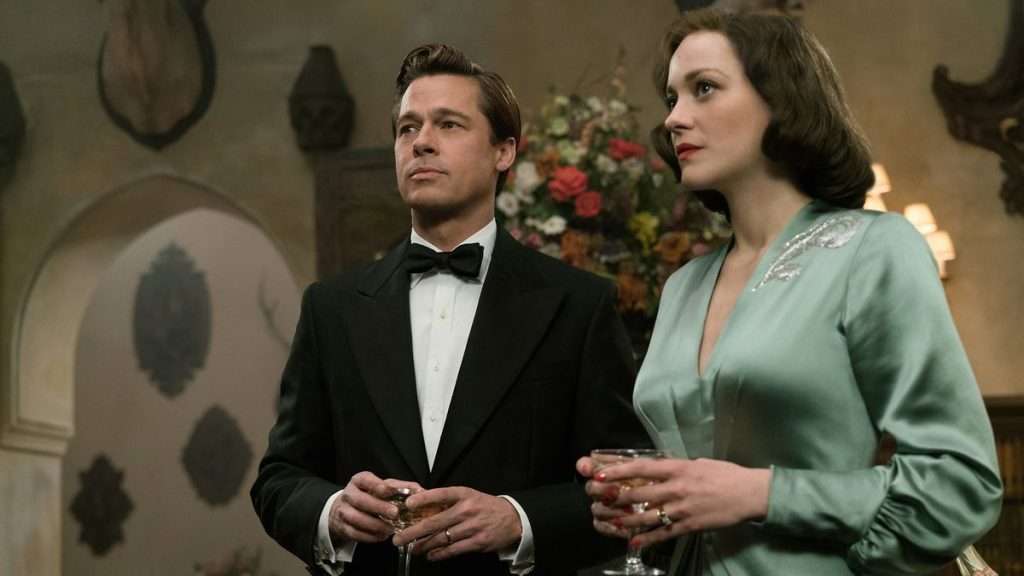 What ends up making this movie work so well is that second half. There’s enough doubt about Marianne’s loyalties considering things she had said to Max in the past and the pieces of information dolled out by V-Section and the Frenchman as well as some small things that Max sees himself that a tension brews about whether Max will be right or not in his assertion that Marianne is free from guilt. I think this may point to some of the critical complaints about the movie. Going in with the trailers in one’s mind, you know that Marianne is going to be suspected, so you spend the first half waiting for it to get revealed and the second half finally feeling like the movie is catching up with the audience. This mindset seems to undermine the efficacy of everything that happens in the film for some, but I’ve never felt like marketing should affect my opinion of a film itself. I try to treat the opening frames of the movie like the first thing I’ve seen of the film. 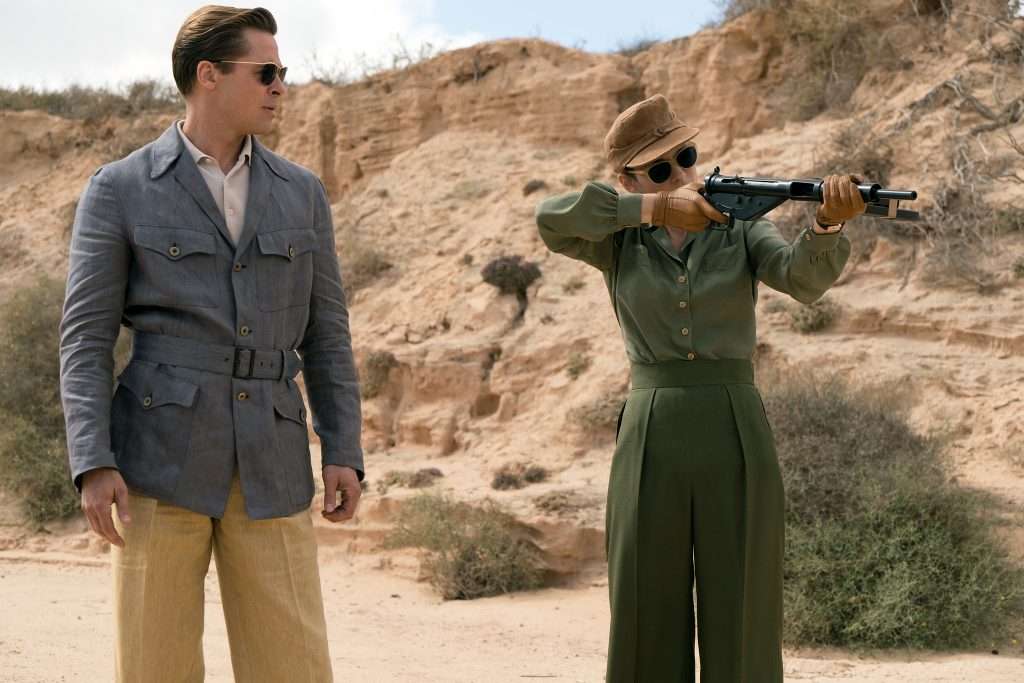 Allied is the work of a very skilled technical director working from an intelligent and tense script by Steven Knight. Paced steadily with an eye towards character and intrigue, the film is a quality addition to a strong filmography.