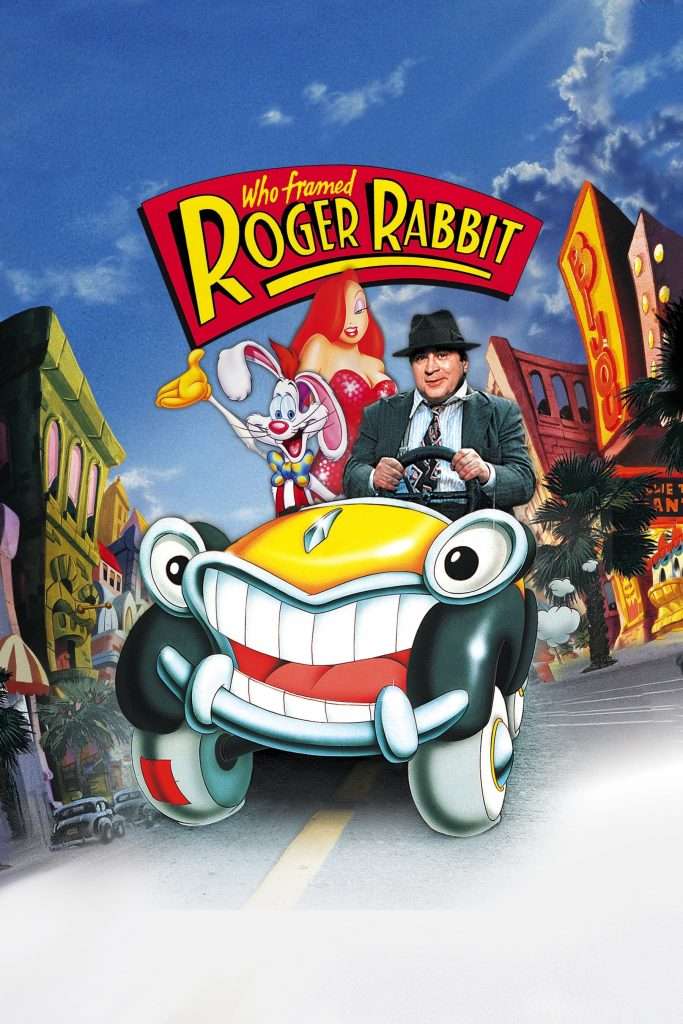 #3 in my ranking of Robert Zemeckis films.

This movie is a joy. It’s a technical achievement, a wonderful callback to a lost era in Hollywood, and a great example of a genre that had fallen out of favor all while being thoroughly entertaining with enough broad appeal to be a big box office hit. This is Robert Zemeckis using his accumulated craft and knowledge of the medium and applying it to someone else’s work with energy and intelligence without ever losing a sense of fun. A movie about humans and cartoons feels like it should be fluff, but the sheer entertainment value makes it something truly special.

In a world where cartoons walk amongst us, it is post-war Los Angeles and private detective Eddie Valiant has been called into R.K. Maroon’s office in Hollywood to take a job. Their star, Roger Rabbit, is having trouble with his performance, and the problem may be his wife, Jessica, cheating on him. Eddie is sent to take whatever pictures he can to prove the charge. As with most of Zemeckis’ early work, one of the joys is the little details that get peppered throughout the beginning of the film that end up paying off later. Eddie’s brother and their shared background as clowns and circus performers, conveyed through a single tracking shot that evokes not only Zemeckis’ own Back to the Future but also Hitchcock’s Rear Window and contains an imperceptible time jump, all comes back later, especially in the final moments of the movie. As Eddie takes the job, finds a camera to use, and goes to the exclusive nightclub, we get all of these little details, and they provide depth to the world and to Eddie’s character at the same time. Well, Eddie finds Jessica in a compromising situation (literally playing patty-cake with Mr. Acme, the owner of the gag company just this side of Toon Town), and Roger goes missing. Acme ends up dead, and the mystery begins to unfold. Another great thing about this film is how the mystery evokes some of the great noir mysteries, especially Chinatown. It’s a plot to eventually tear down Toon Town and replace it with a freeway. The clues are dropped throughout (pulled from real life in a certain way), and it ends up working as a noir mystery on its own. Replace Toon Town with the slums of LA or a section of town for a minority like blacks, and you could move the story wholesale into a more realistic setting without cartoon characters. 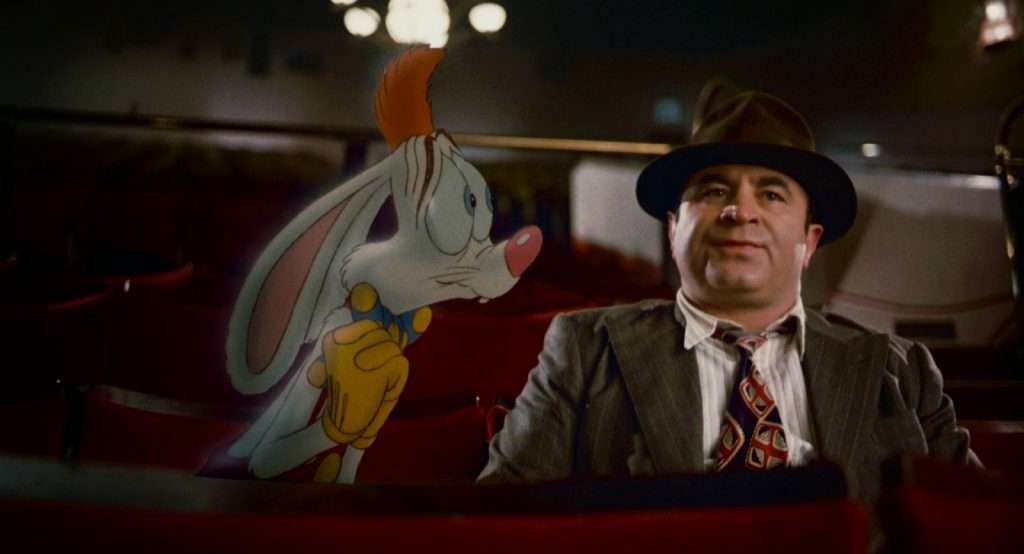 The thing about the cartoon characters is that they work really well both as characters and as feeling like they exist in the same physical space as the human actors. They are largely defined by easily identifiable traits, like Roger being zany with little thought and Jessica being sexy but devoted to her husband, but they are not really the center of the film. That’s Bob Hoskin’s Eddie Valiant. Broken after the death of his brother at the hands of a toon as they chased down a lead on a bank robbery, he refuses to work for toons and has grown into a fair bit of a bigot against them. He has an arc that keeps him a hard-boiled detective but allows him the ability to empathize with these cartoon characters. Up against him is Judge Doom, played wonderfully by Christopher Lloyd, who is all menace and turns into quite the unique monster by the end. 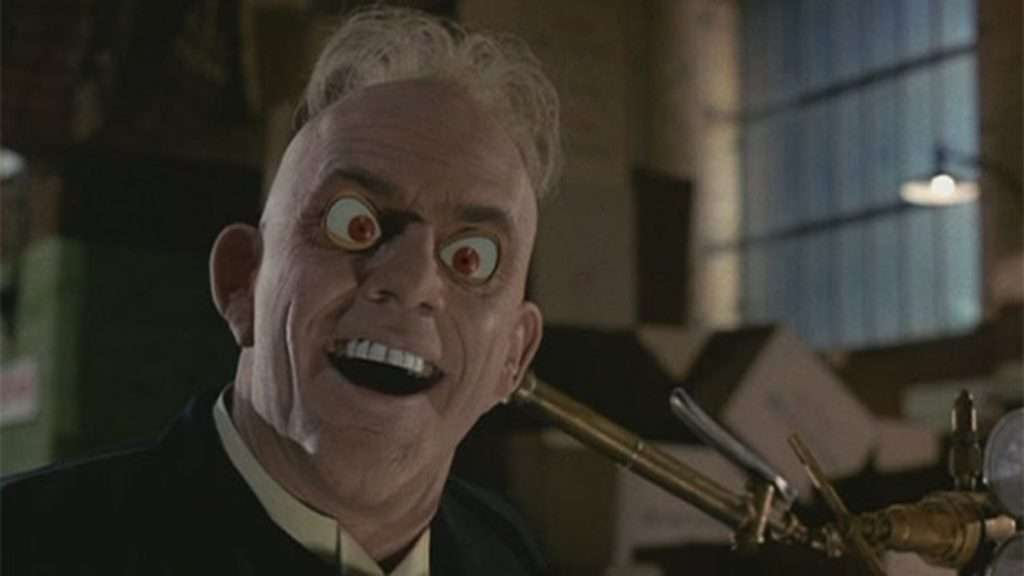 The success of the physicalness of the cartoon characters is mainly due to two people. The first is Zemeckis himself who brought all the technical innovations together in front of the camera to begin with. The second is Richard Williams, the director of the animation. Williams was an animator based in England who had mainly worked on commercials, but he got the job on Roger Rabbit because of his unfinished feature film The Thief and the Cobbler. 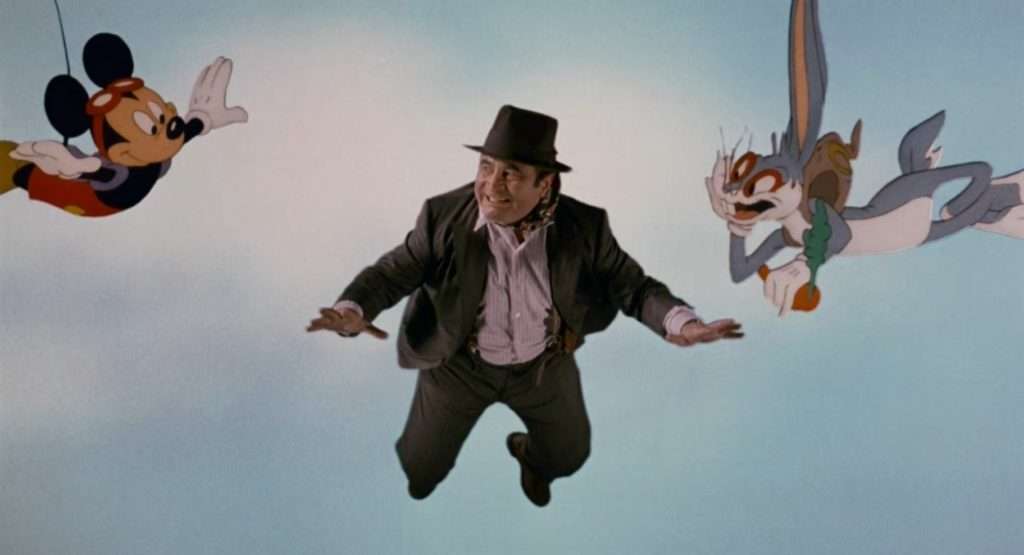 Now, a quick second to talk about The Thief and the Cobbler. It has one of the longest production schedules in film history. Williams tried for literally decades to get it done, eventually getting $25 million to make it in the early 90s based on his work on Roger Rabbit. It was never completed by him, the bond company eventually taking away from him and finishing it with the title Arabian Knights. A fan put together the Re-Cobbled edition a few years ago, and while unfinished it’s the work of a master who is in complete love of his art. The visuals are so beautiful that its simplistic story can get overlooked. His is a sad story because he never really recovered from the collapse of his production of his masterwork. 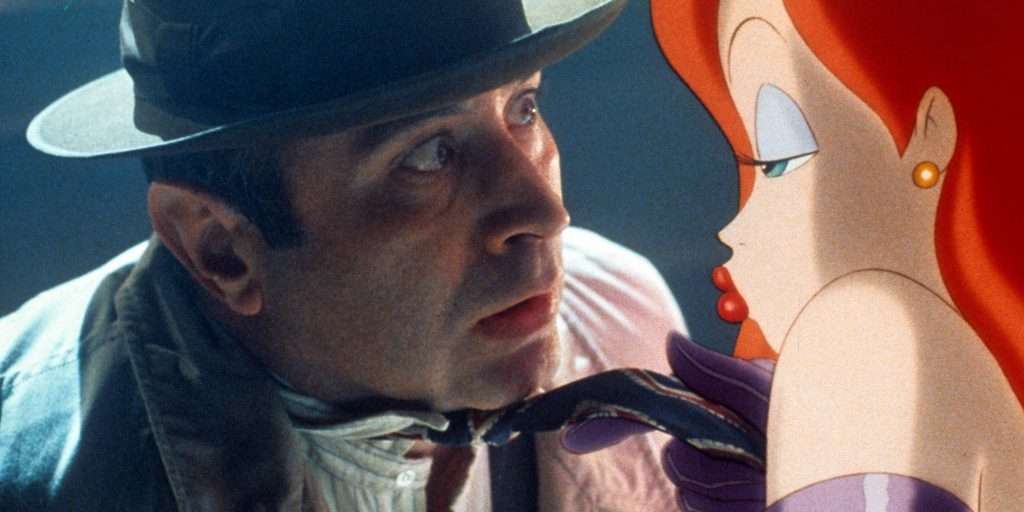 Anyway, what Williams brought to Roger Rabbit was amazing ability from him and his team, but also an incredible ability to adapt to a new way of making animation. You see, Zemeckis didn’t leave his camera stationary all that much. He loved to pan around in a space, and he wasn’t going to stop just because it was going to be easier for the animators. So, using motion controlled cameras, he was able to film everything he wanted and Williams was able to find a way to keep the animated characters seemed fixed in a stationary location while the camera moved. On top of that, characters interact with the environment around them through animatronics that the animations hid, and it all looks so incredibly seamless. 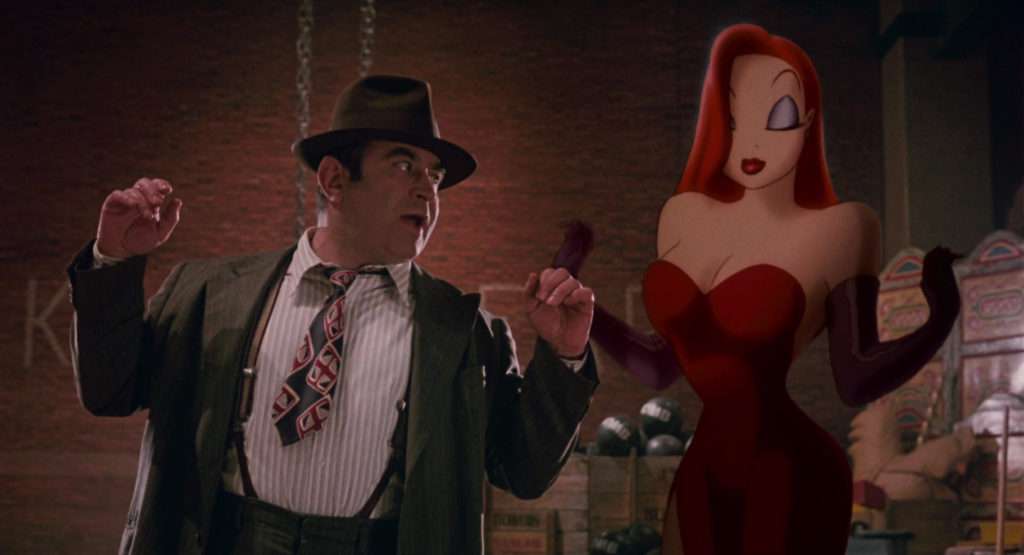 There’s such multi-faceted fun to be had with Who Framed Roger Rabbit. From the technical performances to the narrative, this film is a joy to watch. Zemeckis took on a difficult job and made it seem almost effortless. Terry Gilliam actually turned down the offer to direct this simply because if felt like too much work. I’d be curious to see what Gilliam would have made of it, but what Zemeckis made was wonderful.