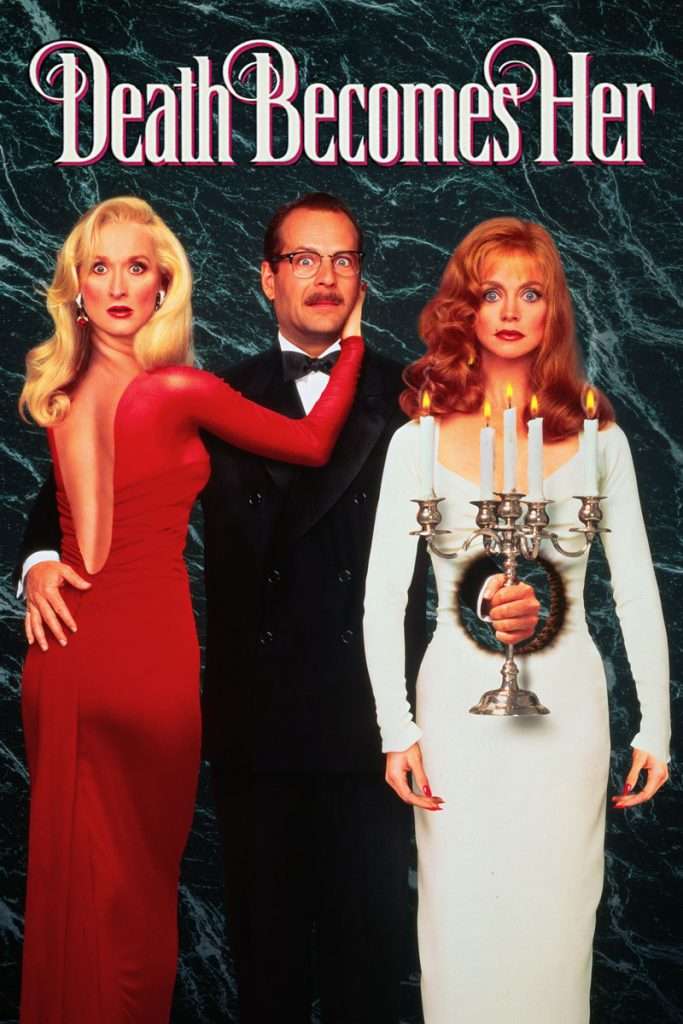 Robert Zemeckis is a great filmmaker who understands character, story structure, and basic narrative as much as he enjoys working with the newest technical toys the film world has to offer, but, like most artists, not every film is at the same level as his best work. What Death Becomes Her offers is a funny expanded episode of Tales from the Crypt with some very good special effects (especially for the time), but there are a couple of things about it that holds it back narratively.

#17 in my ranking of Robert Zemeckis films.

As amusing as it is, the movie’s opening is a really long introduction that has to do everything twice. It skips forward seven years twice, and at the end of it, we get reintroduced to two of the three main characters who have changed a good bit from their original introduction a few minutes before. That’s particularly true for Bruce Willis’ character, Dr. Ernest Menville, who went from a world-renowned plastic surgeon to a depressive alcoholic embalmer of famous cadavers. It’s not he changed jobs, but that he went from a perpetually happy man in love with one woman and then another to a man who falls asleep on the floor of his office and wakes up to a Bloody Mary, demanding more vodka in the drink. Ten minutes in and he’s already a completely different character. It makes you wonder why the movie spent time building him as a character before that change. I mean, the opening is amusing as we watch Dr. Ernest go from engaged to the comely Helen Sharp (Goldie Hawn) to married to her childhood friend and actress Madeline Ashton. Helen goes from comely to a fat cat lady who revels in a movie scene where Madeline gets choked to death. Through it all, Madeline is obsessed with her looks, epitomizing vanity. It’s all amusing but frustrating at the same time. 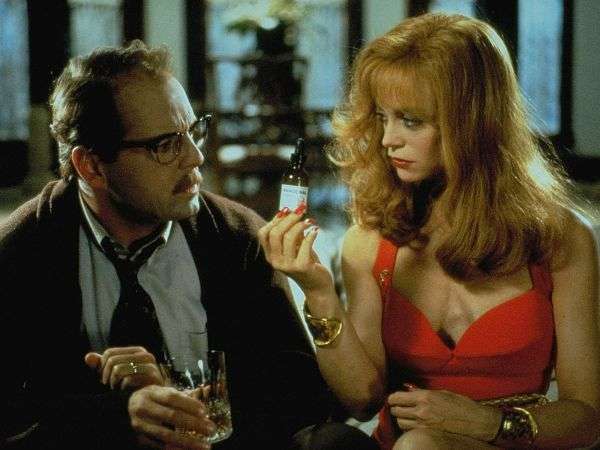 When we finally get to the time of the bulk of the movie (14 years after the first scene), Ernest is waking up from his drunken night and Madeline is doing everything she can to keep herself looking young at fifty. They go to Helen’s newest book release party (7 years after Helen, as a fat cat lady, was pulled from her apartment and shoved in a mental hospital) where she reveals herself to be more attractive than she’s ever been with a blood red dress and red hair. Struck by the image of youth from her friend of the same age, Madeline ends up running to a mysterious woman in a cavernous house who offers her a magic potion to keep her young. Unfortunately for Madeline, Ernest and Helen are plotting to kill Madeline so that they can run away and marry like they should have before Madeline broke up their marriage. 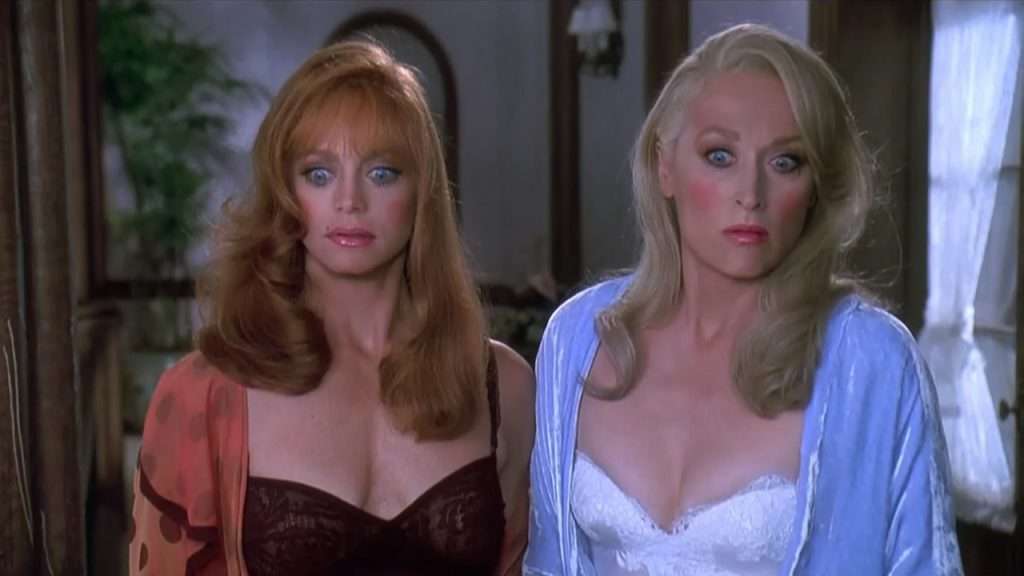 Of course, given the movie’s title, death comes for her, in this case being both Madeline and Helen. The potion that they both took (Helen years before) keeps them youthful forever whether alive or dead, and they both end up dead. The rest of the movie is their fight to stay together, using the aid of Ernest and his deep knowledge of plastic surgery and embalming to keep them looking alive. Bruce Willis gets rather manic in entertaining fashion, and the movie climaxes at a party of people who have taken the potion where Ernest decides that eternal youth is nothing he wants, choosing to run away and turn old naturally. 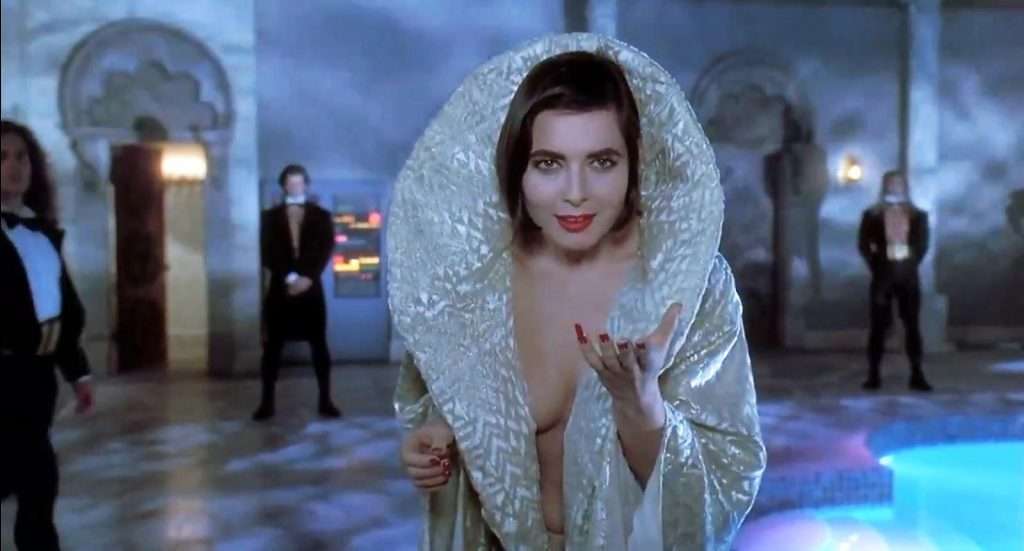 My other major problem happens at the turn just after Helen dies. She’s been on a quest for seven years, harboring hatred of Madeline for 14 years, and the moment they realize that they can’t kill each other because they’re already dead, she simply gives up the quest for vengeance. It’s a rather large turn for a character who was driven by a single motive for the first half of the film. Yes, she can no longer kill Madeline, but she can still exact vengeance in different ways. Instead, they become best buddies for the rest of the film, connected for their mutual need of Ernest’s skills in order to keep up their bodies. They do both need him, but they don’t need each other at first. After the jump, the relationship feels like its from a different story, however, accepting it after that part, it has a twisted logic that I like. They’re co-dependent on each other, and the look at them thirty seven years later, their bodies having continued to deteriorate, arguing about how they need to get to the hardware store for new supplies to keep up their bodies, is, again, amusing. 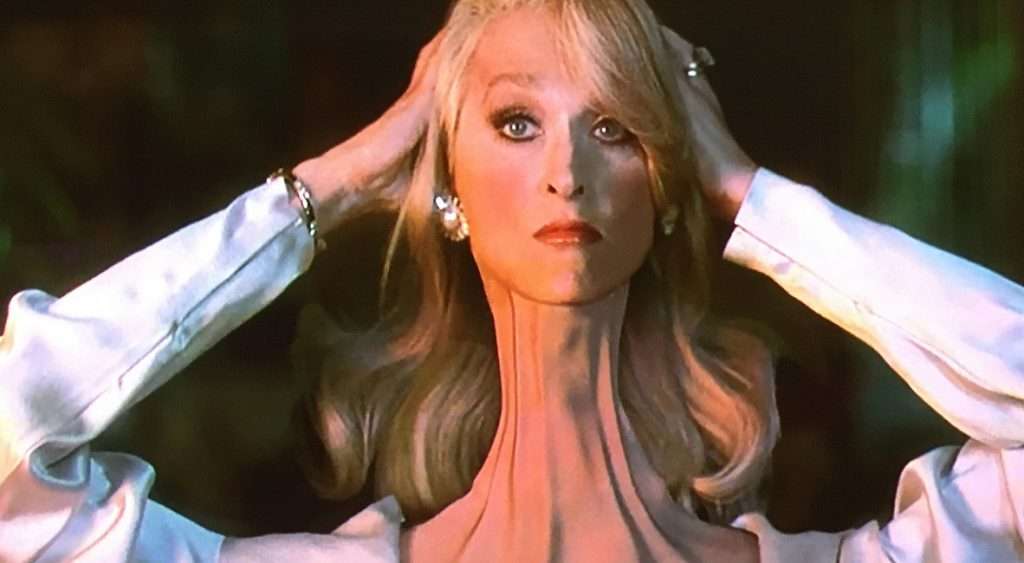 The special effects, especially considering the time the movie was made, are actually quite impression. Mostly, they center around Madeline’s head, which turns backwards, gets shoved into her chest, and pushed all the way to touch her back, and the hole in Helen’s abdomen from a shotgun blast. The weakest part is Madeline’s head when it’s backwards. There’s a floatiness to the CGI head replacement that doesn’t quite fit, but considering its age, again, it’s actually quite impressive. I mean, the movie was made in 1992 and has a CGI head replacement where my only complaint is that it feels a little floaty. 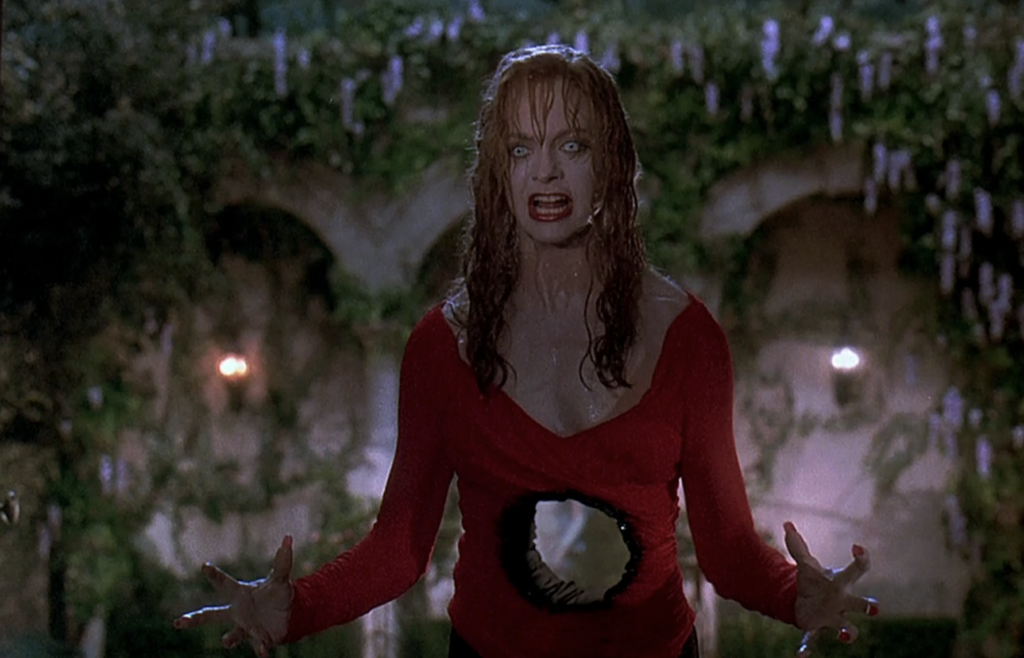 So, it’s pretty consistently amusing and often quite funny, but the story takes forever to get going and the biggest character turn doesn’t feel right. I’m kind of mixed on the film, but I enjoyed it while I watched it.