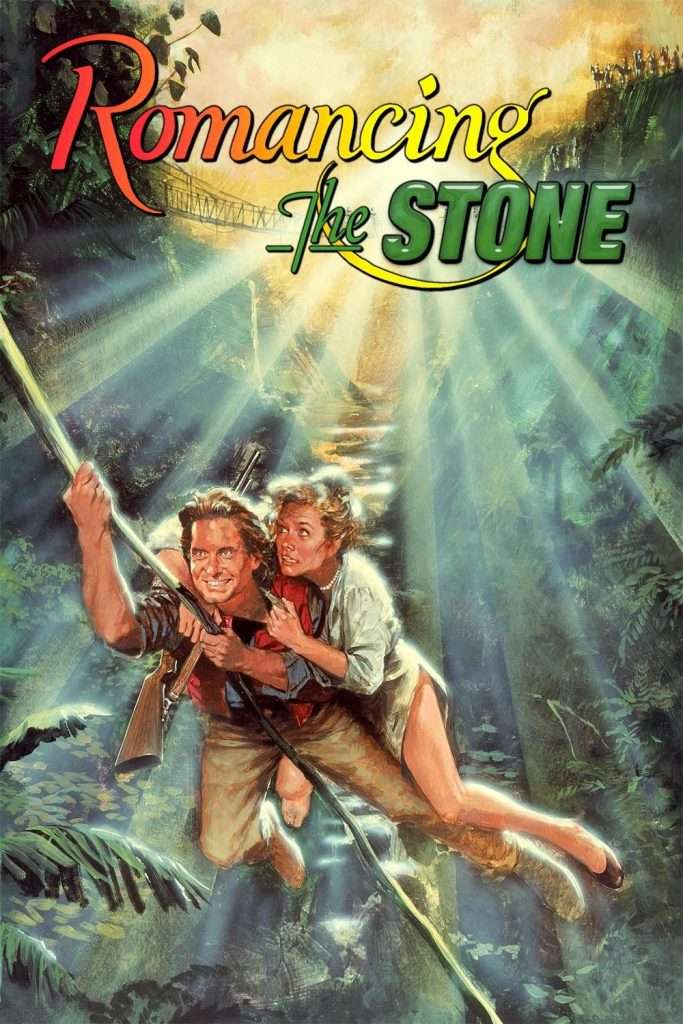 #14 in my ranking of Robert Zemeckis films.

This is the movie that saved Robert Zemeckis’ career. His first two films I Wanna Hold Your Hand and Used Cars are fun little movies, but they were not exactly the financial successes that the studios were hoping from the new whiz kid they wanted to be another Steven Spielberg. It almost looked like Zemeckis’ directing days were done until Michael Douglas picked him out to direct his next producing and starring film, an original screenplay of a romance novelist finding herself in the kind of adventure she wrote about despite having live a life enclosed inside her small New York apartment. This feels the least like a Zemeckis film out of anything he made in his first twenty years or so, and that’s because he really was just a director for hire. The studio wasn’t terribly pleased with his work before the film’s release, firing him from Cocoon as director before this even opened. Well, it went on to do well and allowed him the clout to make a little movie about a teenager who goes back in time to the 50s. Before that, though, Kathleen Turner went to Columbia to find her sister.

Joan is a romance novelist who lives an incredibly sheltered life. When word reaches her that she must return a map sent to her by her sister’s husband right before he died to her sister’s kidnappers in Columbia, she does what she must as a good sibling and leaps out of her comfort zone to help her family. On her trail, though, is Zolo, a Columbian bureaucrat and big honcho in their secret police who wants the map for himself. He follows her, misdirecting her from Cartagena to the middle of nowhere where he tries to kill her. Just as he is about to do the deed walks in Jack T. Colton, an American staying in Columbia until he can save up enough money selling exotic birds. The accident that stranded Joan and Zolo destroyed Jack’s bird collection, and when he gets Joan away form Zolo he agrees to lead her to Cartagena for three hundred seventy-five dollars. 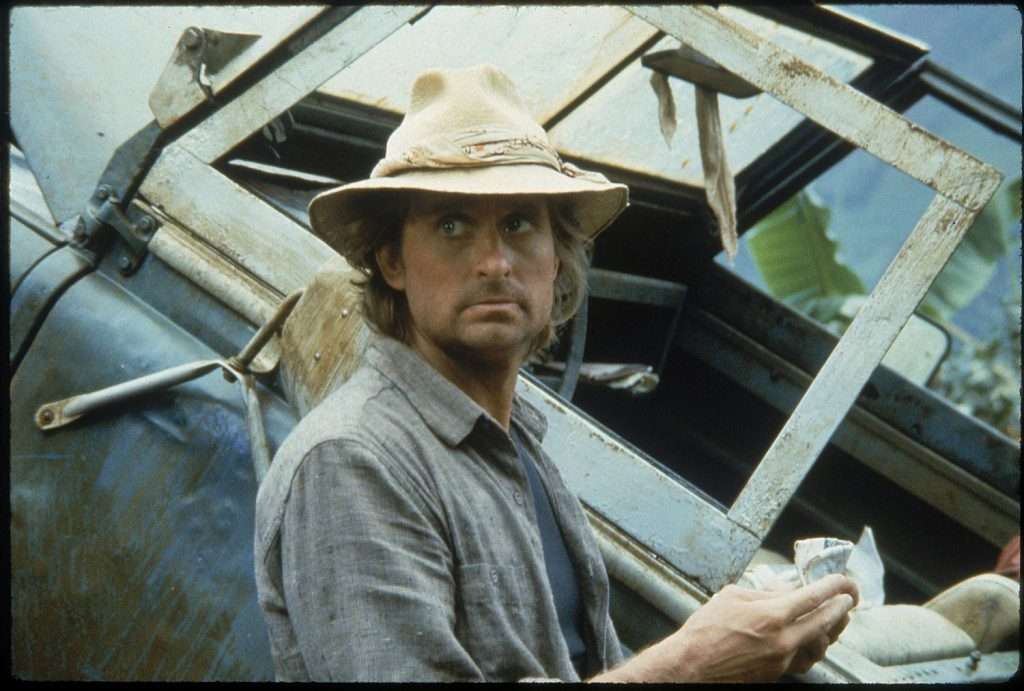 Hence begins the meet cute adventure that sends Joan into the heart of an adventure that she could have written alongside the personification of her idealized man (named Jesse in her novels) but not quite as she expected. Jack is rougher and less suave than Joan might have wanted, and their initial relationship is not one of love, but as this is a romantic adventure, they do fall in love by the end. And therein lies the movie. It’s a cheerfully predictable adventure movie greenlit to give Michael Douglas a starring vehicle in the then-popular genre of Raiders of the Lost Ark rip-offs. 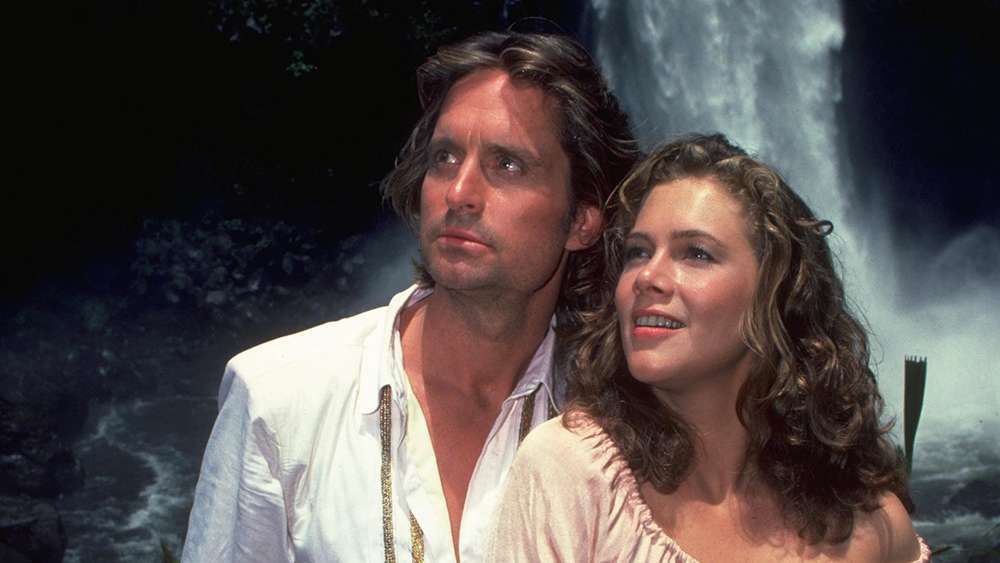 It feels distinctly different from most of Zemeckis’ work of the period because he had nothing to do with the movie’s script, and neither did Bob Gale. It’s a much more traditional narrative with a cleaner three act structure and a pair of characters that grow in predictable ways. It’s almost a proving ground for Zemeckis to show that he could make movies other than high energy madcap adventures. Not to say that this doesn’t have some of those qualities, but as a much more traditional Hollywood adventure, Romancing the Stone is Zemeckis saying, “Of course I can make this kind of movie.” 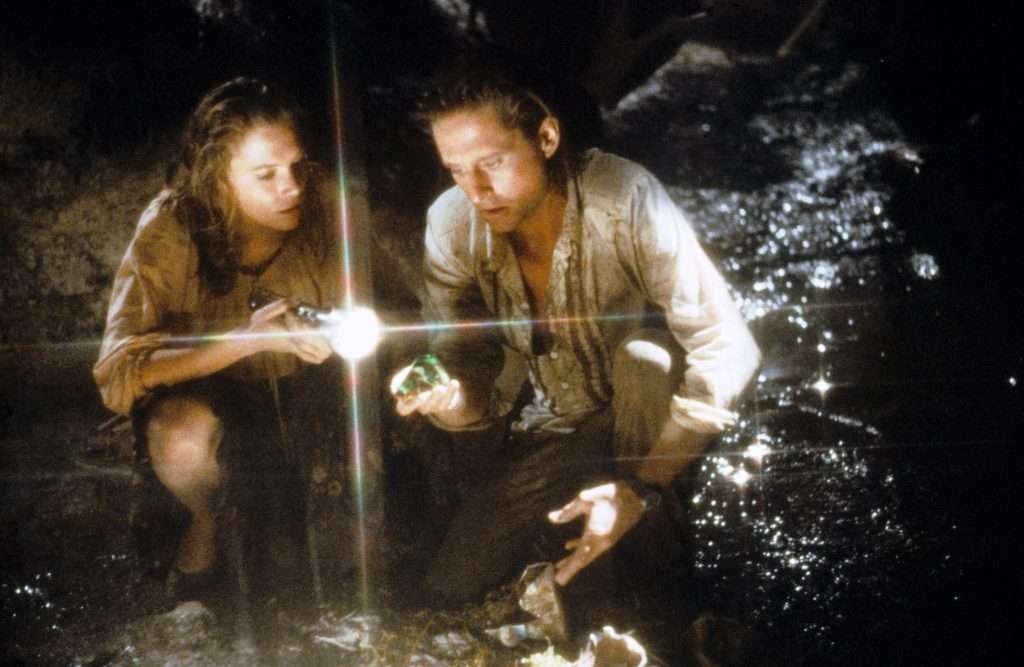 What he brings to the adventure really is the sense of energy. Action sequences are lively filmed, for instance. The sequence that takes them through a small hamlet in the four by four of the local drug kingpin who happily takes them around to show them the sights (such as where he was born) while Zolo is in hot pursuit behind them is delightful. The final sequence that pits Joan and Jack against the American kidnappers and Zolo in a Cartegena fort is alternatively funny and exciting. In the middle of it all are Kathleen Turner and Michael Douglas as the central pair. Their banter is solid, their chemistry strong, and delivery never less than amusing, especially from Turner who never quite stops being terrified of the strange surroundings and events she finds herself in. Romancing the Stone is far from a challenging work, but it’s both of its time and works as a fun little adventure movie outside of it. It’s a good thing that audiences appreciated it in enough numbers, because if they hadn’t the rest of Zemeckis’ career might have never happened.