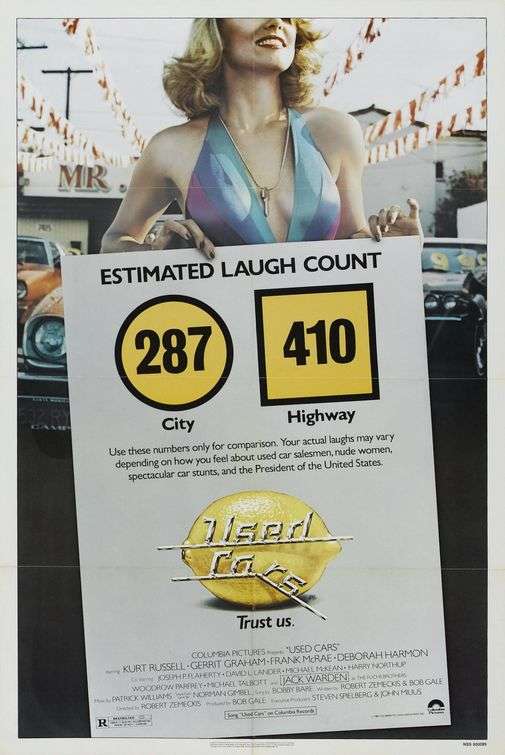 #11 in my ranking of Robert Zemeckis films.

Early Robert Zemeckis movies tell me that Robert Zemeckis should never have worked from a large budget. His small movies have all of his charms and none of his major issues. He builds clockwork like plots, fills them with fun characters, and tells the stories with an infectious energy. He’s like Nolan with less pretention and a greater sense of fun. Used Cars is a very fun early example of how Bob Zemeckis and Bob Gale could put their heads together to put on this kind of show.

The movie begins with one of Zemeckis’s wonderful long tracking shot, starting from a car suspended in the air over a dusty road, panning down to another car on the ground with someone tinkering under the dashboard on his back, and finally to the odometer that suddenly jumps back several hundred thousand miles. Out pops Rudolph Russo, played by a young Kurt Russell. He’s a used car salesman with big dreams of buying his way into the local political machine. He’s sold everything he has, but he just needs another $10,000 to get to the required $60,000 donation that will get him in. The problem is that the car lot he works on is the run down sibling of the successful used car lot across the street. The two lots are owned by brothers as well. Luke is the kindly owner the lot where Rudolph works, and Roy is the owner of the lot across the street. Both are played wonderfully differently by Jack Warden. Roy wants Luke’s lot, and has been willing to use underhanded means to get his hands on it, unsuccessfully so far. 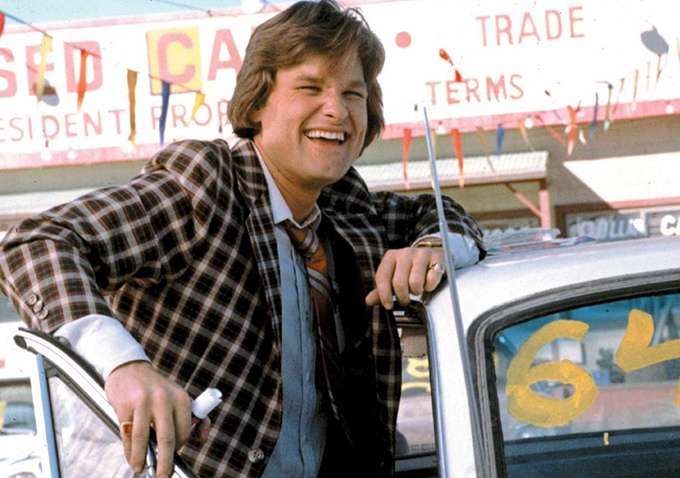 Luke, though, suddenly dies of a heart attack, and Rudolph is suddenly faced with an out of reach goal. He’ll never get that $10,000 if Roy inherits the lot and demolishes it, so Rudolph hides Luke’s body and starts running the lot the way he wants. His methods tend to involve ethically risky things, and this is where the movie gets a lot of its humor. It’s all outrageous stuff, starting with hijacking the television feed of a local football game where they interject an ad hoc commercial that accidentally results in female nudity. It boosts sales. He hires strippers to dance on top of the cars the same night that Roy puts on a family friendly carnival as a promotion across the street. It boosts sales. 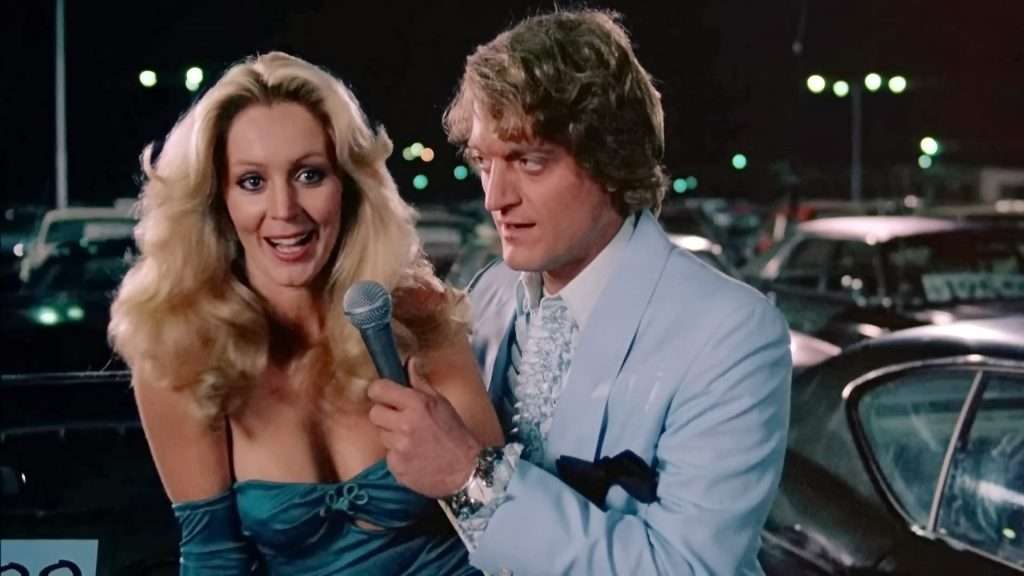 In the midst of this appears Luke’s long-lost daughter, Barbara. She wants to finally reconnect with her father, but Rudolph has buried her father in a hole in the lot in order to earn $10,000 for his nascent political career. It doesn’t help that he ends up falling for her. When she figures it out, despite the rather outrageous ploy to dig up Luke, pretend he’s coming back from vacation in Miami, and get his corpse to drive, covered in gasoline, into a power line so that his car explodes. She kicks him off the lot, tries to take over, and films a commercial that Roy is able to use his connections to manipulate into her making a false statement. Roy uses that to get her shut down, but Rudolph comes to the rescue. The assertion inserted into her commercial was that she had miles of cars, but she only had a couple dozen on her lot. Roy has used his connections to the governmental power centers to go after her far more than the law would require with the prospect of shutting the lot down completely. 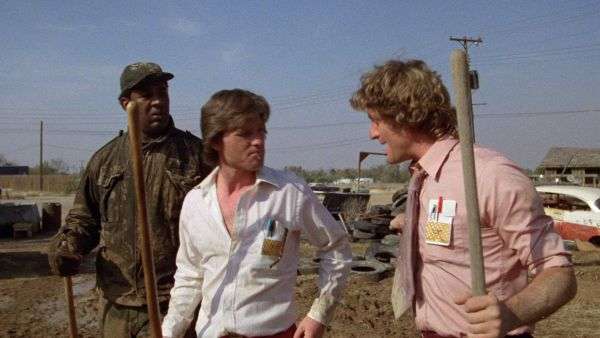 Well, Rudolph tells Barbara to simply say that she has miles of cars. How will Rudolph bridge the gap between the reality and the assertion? Well, this is where the Bobs’ clockwork like plotting comes into play. Several little things were established very early in the film, in particular that there’s a car lot a ways away that has a couple hundred junkers that Rudolph could have bought but decided not to. There’s also a driving education teacher from the local high school with a couple hundred students in need of practice. All of this comes together in a madcap chase as Rudolph and Barbara get the gaggle of students to the cars and then back to the lot. It’s high energy and really fun and funny along the way. 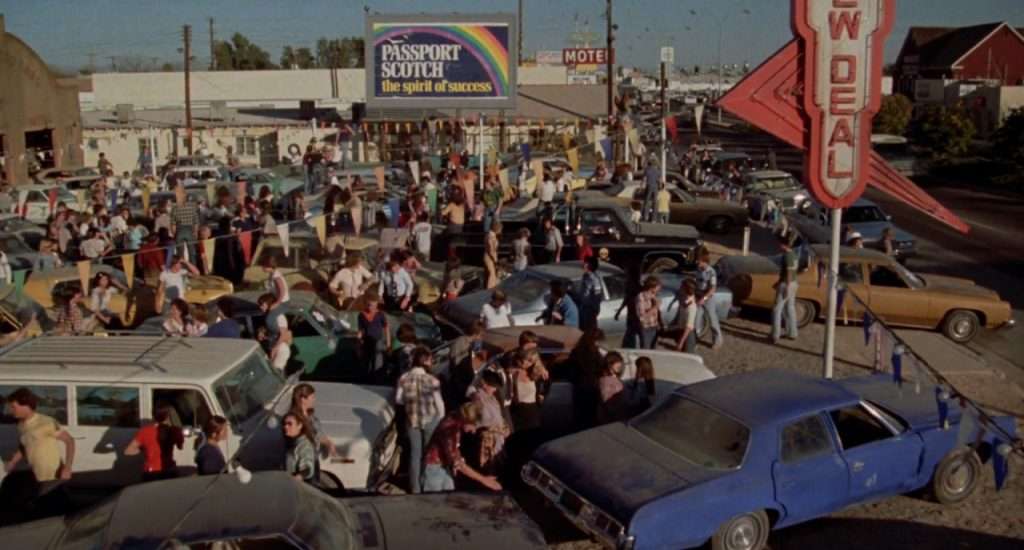 Of course it all comes down to the wire, and everything gets resolves satisfactorily. There’s nothing particularly challenging about the film, but that helps it along with its light touch. Rudolph’s move away from his dreams of politics could have been sorted out better. It makes sense as he watches the machine grind his newfound love down into dust, but it seems mostly forgotten by that point. The opening act is also kind of slow and drags a bit, but everything ends up paying off anyway. Still, I really did enjoy this early Zemeckis film.