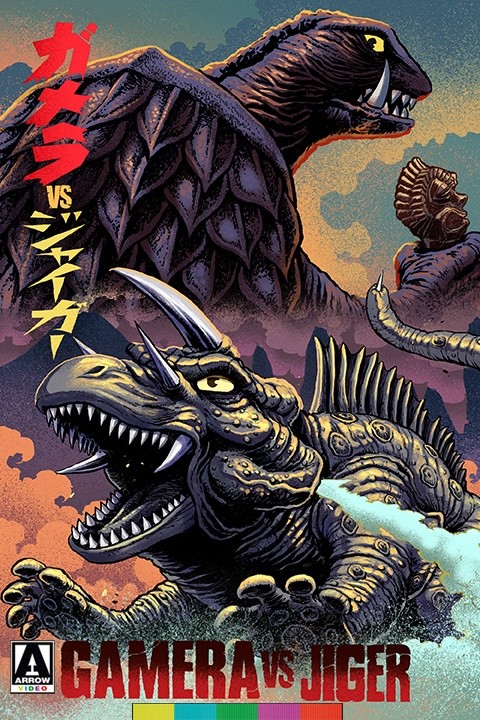 Ingrid and I are back again with the next installment of our Gamera Movie Marathon as we do some retro reviews of the original 8 movies of what is known as the Showa Era. We’re going over its highs… and it’s incredibly painful lows. Now for the record, we will be going with the AiP dubs/re-edits of the movies when applicable. The Sandy Frank dubs were just too corny (but we know at least one movie we’ll have no choice but to use that one). 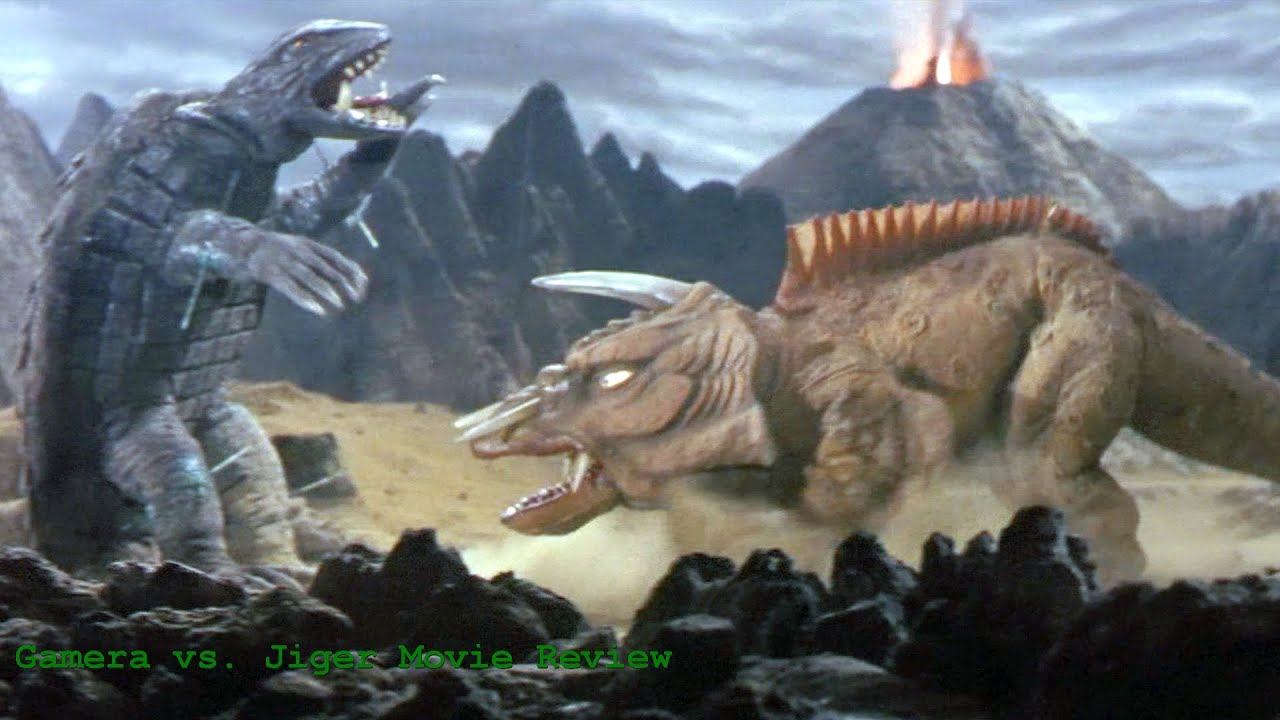 Continuing onto the sixth movie in our marathon, we get into what was surprisingly one of the better movies in this era! Basically this movie feels like what if director Noriaki Yuasa directed Barugon (the only showa film he didn’t do) and what we get is a return to the darker type of stories, with an emphasis on the kids (possibly one of the better ones after Eiichi from Gyaos and Tora from The Brave), but not over doing it like what was done in Viras!

So what monster do we get now? We are introduced to Jiger, an ancient monster kept asleep by a statue called the Devil’s Whistle from a place called Wester Island (Get it…like Easter Island) but when the statue is removed to use for an upcoming International Expo in Japan, the creature is awakened and goes on a rampage.

This movie is tied with Gyaos for most monster battles in the showa era (four total) as Gamera and Jiger put up a great fight. Jiger’s attacks are deadly and do kill people (turning them into Skeletons) but to make things worse, at one point Jiger impregnates Gamera with an Offspring that’s also a parasite! It takes the kids to kill it and save the giant turtle! 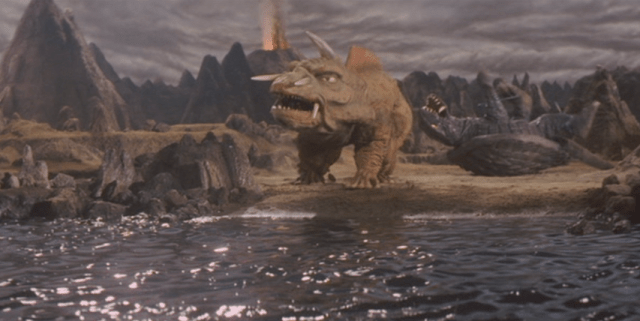 This movie was surprisingly well done! Ingrid and I did not expect the level of quality and level of darkness it reached (not that it was bleak but it was still darker than some of the prior films) and the monster action was very well done. It also gave us the most satisfying monster death in the entire showa era!

This is a highly recommended part of the series! Check it out if you ever get the chance.

Robert & Ingrid at the Movies: Gamera vs Jiger