After the outrage I had last night from reading Bendis’s ongoing Superman series, I’m going back to something I enjoy so I can calm down… DC Comics He-Man & The Masters of the Universe comics!

DC Comics have published He-Man comics before in the eighties, including a crossover with Superman. Marvel also published a run in their Star Comics kids line. And in 2011, Dark Horse produced a series of mini-comics to be packaged with figures, written by Tim Seeley.

Masters of the Universe was relaunched by DC Comics in 2012, first appearing as a series of digital comics. This was quickly followed by a six issue mini-series and all new revised origin issues for He-Man, Skeletor and Hordak. Before I dive into doing reviews of the main series, I would like to first begin with the three origin Issues focusing on Hordak, Skeletor, and He-Man by Joshua Hale Fialkov, Frazer Irving, Ben Oliver, and Keith Giffen.

All three set up this universe and how different they are from the animated versions of old! How good are they? Well see for yourself!

Reviews from the Multiverse: Masters of the Universe Origin Issues 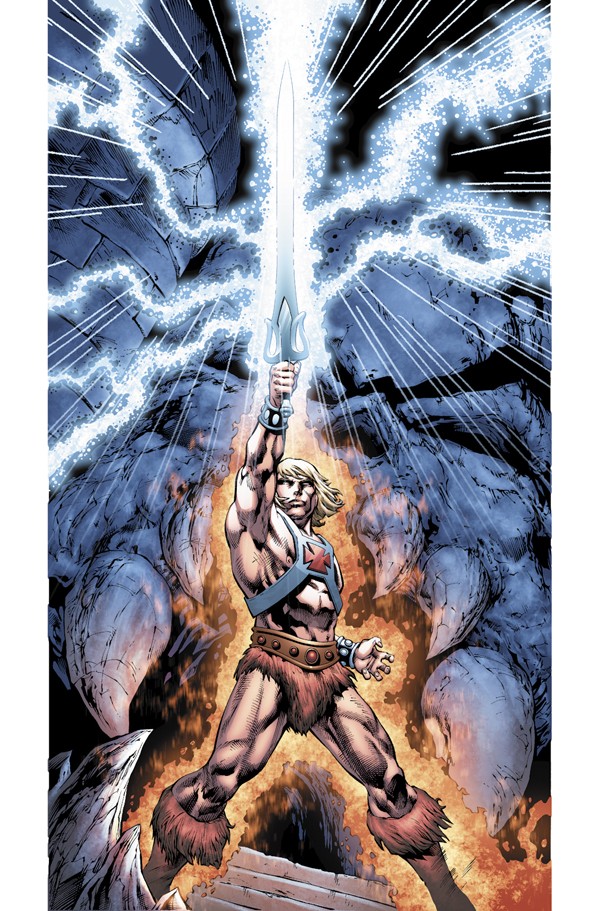 Now onto the six-issue miniseries from 2012. This series is a bit of a mess. One writer (James Robinson) came on, set things up, then left and another writer (Keith Giffen) came in, and tried to continue the threads, but it went off the rails. Does that make it a BAD series?

Well… come in and see how James Robinson & Philip Tan started and Keith Giffen & Pop Mhan what I consider to be a mixed bag of a story.

Reviews from the Multiverse: He-Man and the Masters of the Universe Mini-series