Review: Riding Out The Quarantine With Cowboy Bebop 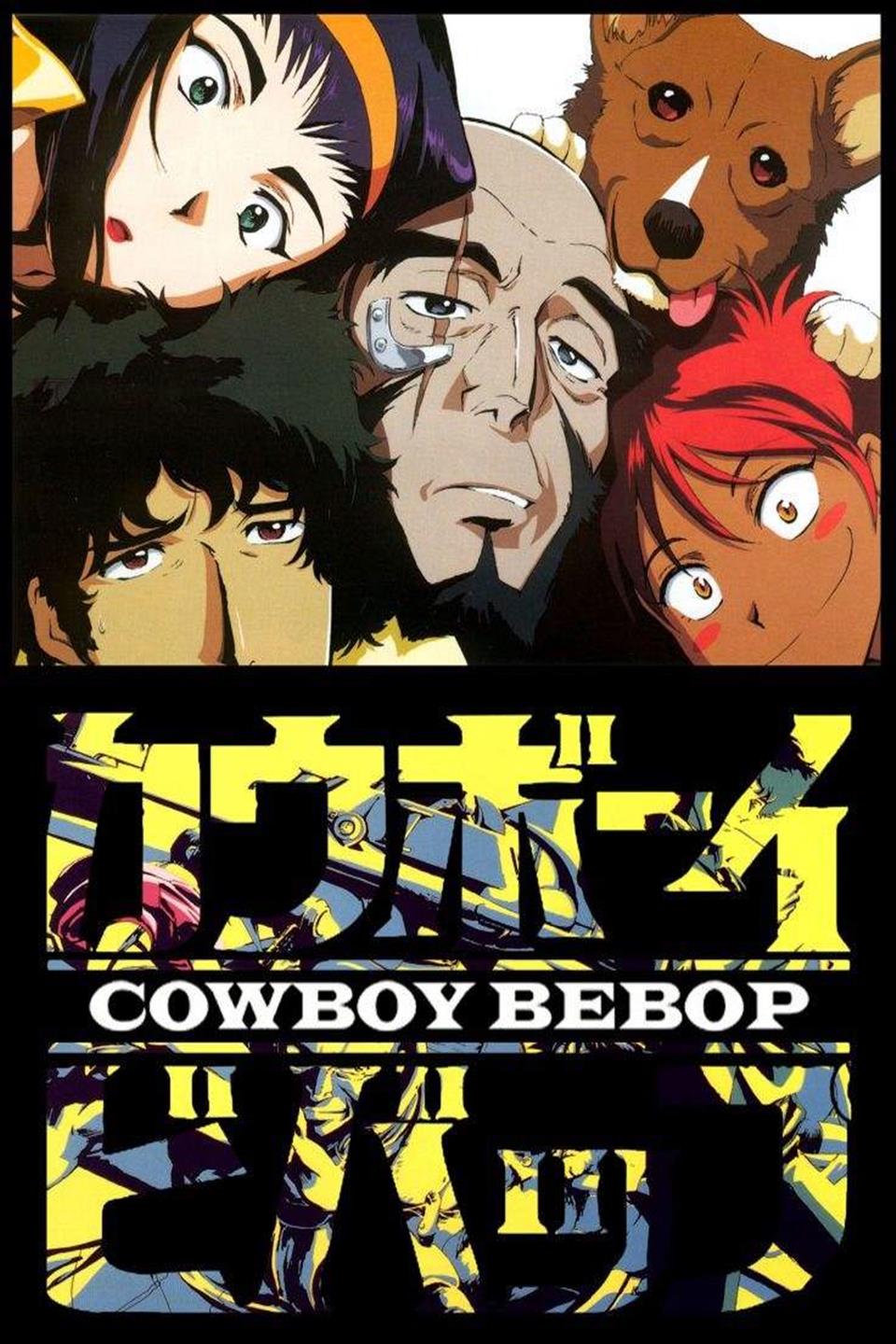 I’ve never been a fan of anime.  I attribute this to the kind of people I knew during the 80s who were into it and the early videotapes that were shown to me.  They invariably involved some sort of demon rape.  While not averse to racy animation (Heavy Metal, anyone?), it seemed a bit much. There was also the problem that they seemed to have impenetrable titles made of random words.  Some people swore these were good shows, but I took a pass.

However, the Wuhan Pandemic left me and everyone else with a lot of time to kill and when I saw Cowboy Bebop on Hulu, I thought I’d check it out. This was a show that many of my friends knew about and a few even watched.  They universally liked it, but didn’t really get into specifics.  I was, however, assured that there was no demon rape.

What’s in a Name?

This part was a little jarring.  The show is centered around a guy with the unlikely name of Spike Spiegel.  I guess Bucky Goldstein was taken. Spike is the young handsome shootist, formerly of The Syndicate.  His partner is an ex-cop named Jet Black.  Huh. As the show progresses they are joined by a vixen named Faye Valentine.   (The show informs us this is a common name.  In the future Jane Smith will be unique.) 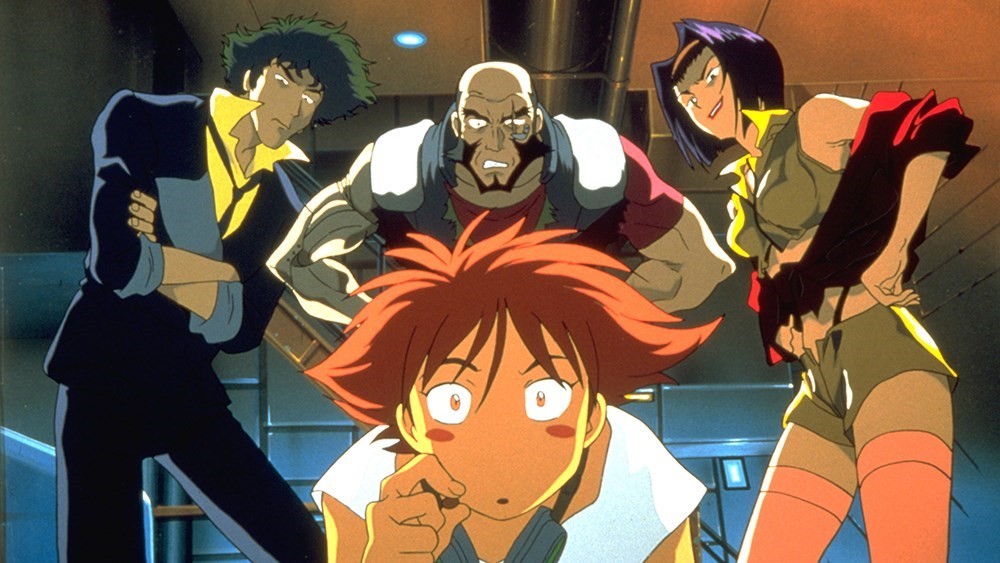 At its core, this is film noir, which I particularly enjoy.  Instead of being a private eye, the Spike is a bounty hunter and Jet is his partner.  One of the running themes of the show is how they’re perpetually broke and looking for the big score.  Sometimes they get it, but lasting wealth never happens.  Faye, Edward and the dog join as the single season progresses, though all but the dog are in the title credits.

Another classic film noir element is the fact that the hero and his allies are all able to kick ass, but are by no means invincible.  In any given encounter, it’s even money on one of the heroes ending up in cast by the end of the fight. 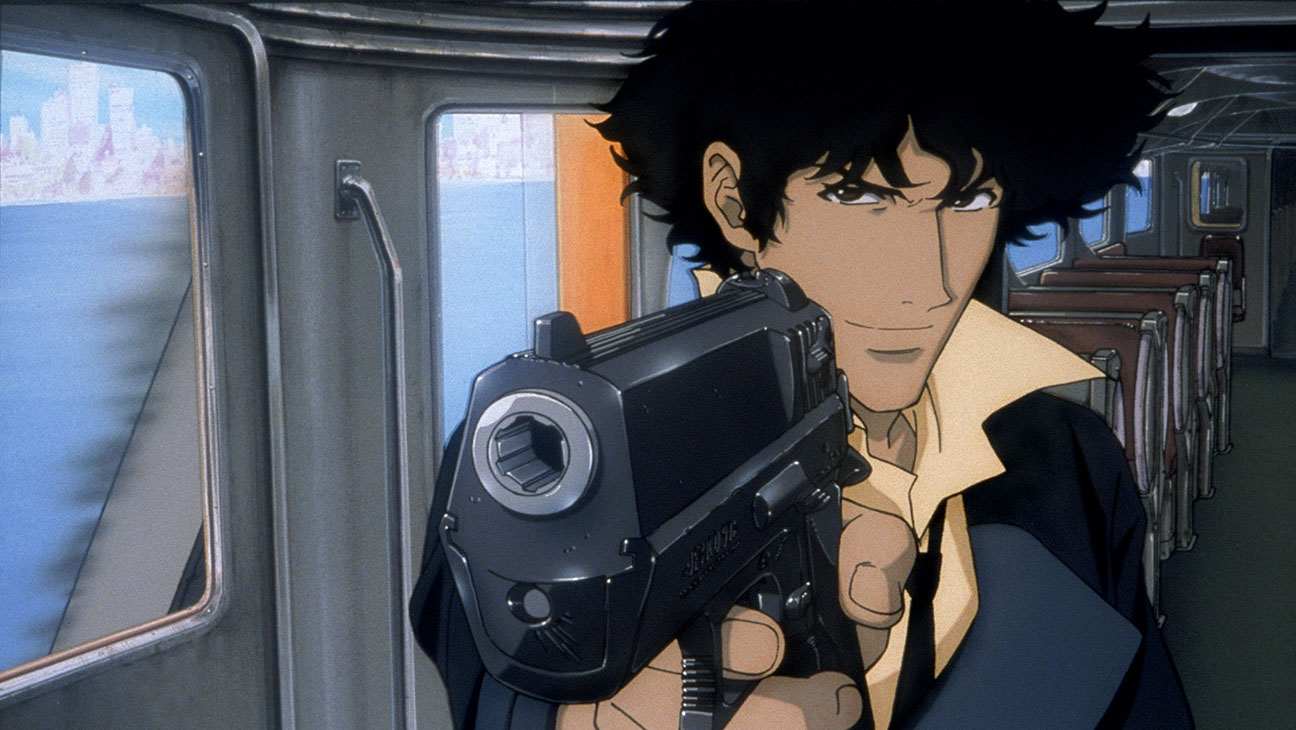 Instead of a seedy office near the waterfront, our heroes are on a rickety mother ship that roams around the solar system looking for work.  In another nod to the private eye genre, Spike flies a one-of-its kind fighter craft, a clear throwback to Magnum p.i. or even the Rockford Files, where an otherwise broke dude has a nice car.

One thing that sets Cowboy Bebop apart is its excellent and varied soundtrack.  Each episode is built around a specific theme – not just a story, but a style of music.  It’s great fun to listen to.

Cowboy Bebop - Call me Call me

The animation style is likewise excellent, with a unique take on what the future will look like.

The creators imagine a future where ships race around the stars and barrel through jump gates but everyone still uses late 20th Century firearms.  By the way, these aren’t just hypothetical guns, either – they’re faithful representation of what was on the market when the show was made.  It’s kind of fun to pick these out of you’re into that sort of thing (which I am).

This allows dramatic reloading, thumbing the hammer back and so on, and also car chases, since late model sedans are also apparently something that will never go away.

Cowboy Bebop - The coolest scene in anime ever

So That’s Where That Came From

Having seen the show, it’s easy to recognize its creative influence in subsequent material.  The opening of Archer, for example, borrows heavily from Cowboy Bepop’s superb title sequence.

Similarly, it’s impossible to watch Firefly in the same way having seen this show.  Feminist Hypocrite Joss Whedon added additional characters (particularly women to service him on his casting couch), but the basic outline is very similar – a bunch of starving misfits trying to make the big score while bouncing around space in a rickety ship.

Cowboy Bebop also has a discernible story arc that plays out through its one-season run, but it is sometimes intermittent.  For example, a couple of episodes will focus on the plot, and then it will fade to the background as various side-adventures and character development takes place.

Thus, one can enjoy the show for its own sake, and also for the influence it clearly has elsewhere.

If you need a break from today’s SJW nonsense, journey back 20 years (oh crap…has it been that long?) to a time when p.c. nonsense took back seat to good storytelling.

You can watch Cowboy Bebop (with English overdubs) with a Hulu subscription. To watch the original language with subtitles, check out Cowboy Bebop on Tubi here. If you have Netflix, you may want to add the upcoming live-action film to your queue as well, but who knows how that’s gonna turn out?