Review: Journey to the Middle Kingdom – Princess of Yelang (Part 1) 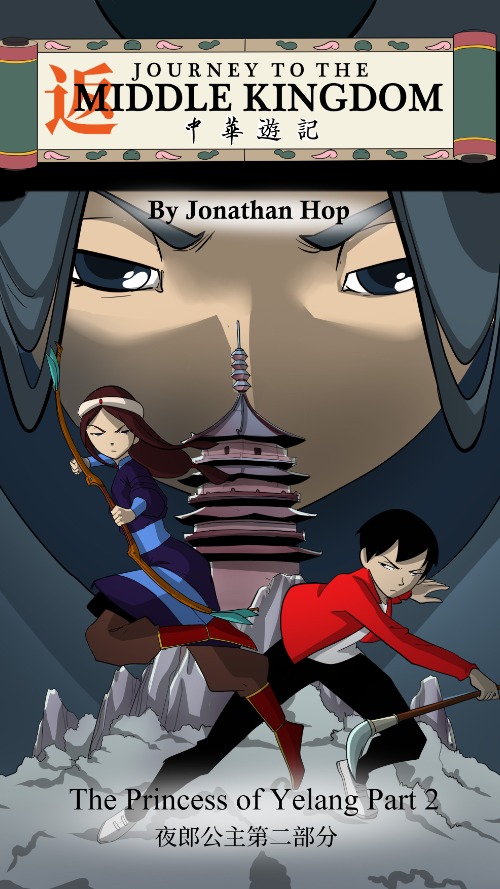 Back in mid October last year, I covered indie comic title Journey To The Middle Kingdom, a story about three high school friends, Jason, Sabrina, and Michelle being transported into an ancient, folkloric past of China by a Phoenix named Xiao. Wielding magical calligraphy brushes that turn the kanji they write in the air into spells, the teens are given the mission to set right various legendary stories that have mysteriously taken a twist for the worst.

The first outing, as can be expected, is a bumpy one for the young heroes. Done in two parts, Princess of Yelang opens up where volume 1 (Legend of the White Snake Maiden) left off, Jason, Sabrina, and Michelle following their map, entering into the outskirts of a kingdom (Yelang).

The first person they encounter being a collapsed elderly woman they revive with water, Sabrina creating a cup of it with her brush, remarking that she wrote the kanji for water, but visualized a cup of water which was formed, revealing that the brushes are intuitive to a wielder’s intentions.

Speaking to the old lady, Jason finds her dialect to be different from his dialect and can only ascertain that she was exhausted from overwork, but resolves to follow her back to town, suspecting that what they find there won’t be particularly pleasant.

Hitting the nail on the head, it is apparent that things are not well in Yelang, the people looking worse for wear. When Jason is witness to a member of the local garrison trying to take food from a little girl, he intervenes, drawing the rest of his group into a conflict that lands them in prison, their brushes taken away. 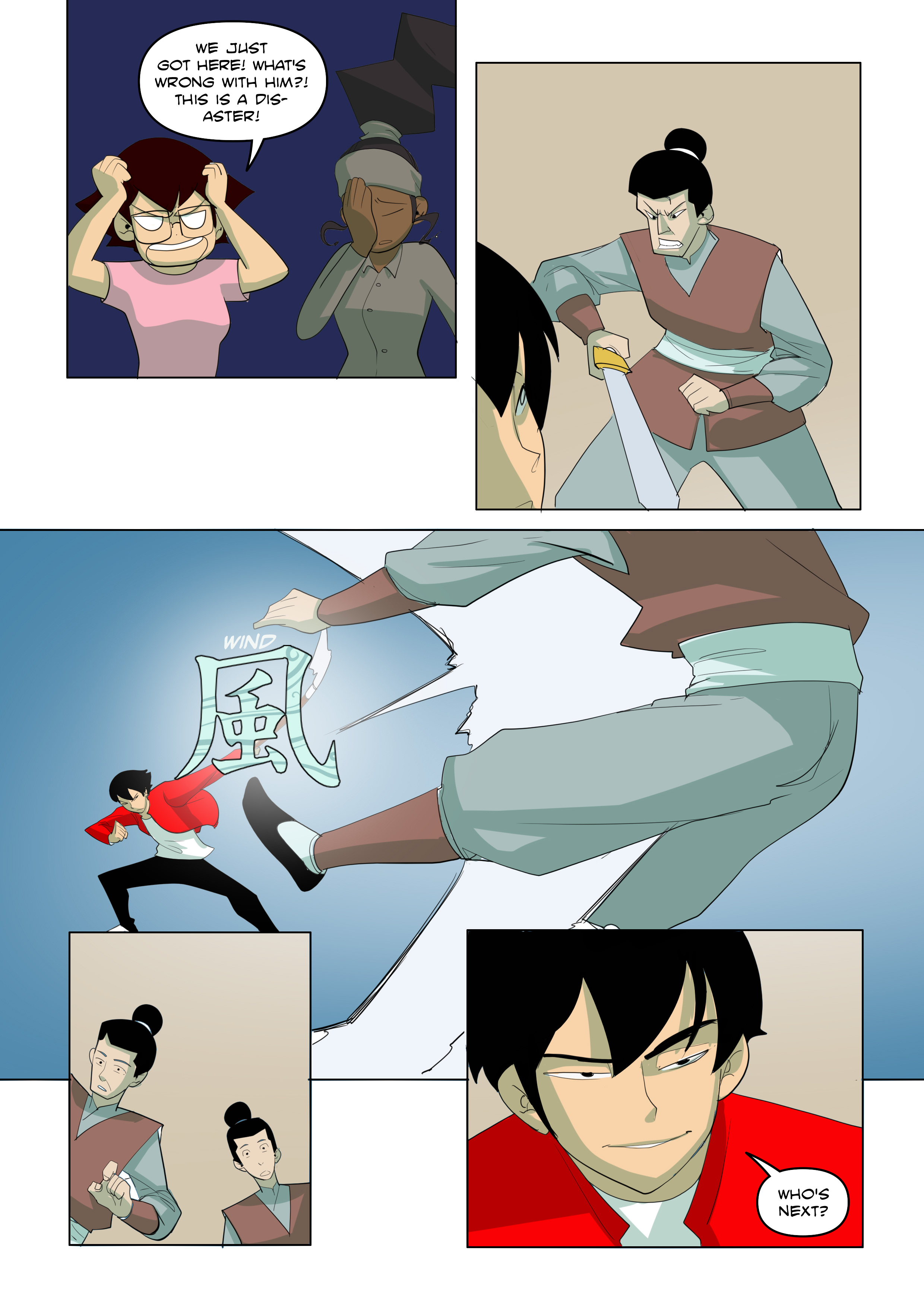 While in prison, Xiao remains vague on details about Yelang while looking into where the brushes were taken. The teens garner hints through fellow inmates as to what is going on in the kingdom.

The Queen is running the place, and no one is happy about it.

Michelle manages to sleep, and through dream is able to glean something from the past. She sees the Princess, and the King, giving the Princess an ornate bow meant for a son that he hasn’t conceived, indicating her right to the throne of Yelang.

Meanwhile, Xiao discovers that the brushes are in the castle in a chamber next to the Queen’s room, the treasure room. Xiao also observes that much of the guard has been incapacitated. Flying back to the cell of Jason, Sabrina and Michelle, there’s a prison break in process by a resistance group.

Xiao relays what he knows, and the heroes join the resistance in breaking out, manage an attempt at retrieving their brushes. The attempt proves costly. In the chaotic battle that ensues, they manage to retrieve the Princess’s ornate bow, Jason’s and Michelle’s brushes but Sabrina’s remains behind as they are forced to escape the castle, one of the resistance fighters captured in the process.

The Queen, now aware of the power of the brushes, contemplates the one left in her possession.

Regrouping, the teens learn that a soft usurping of power has occurred. The Queen has gained complete control of Yelang in light of the King becoming despondent and distant, forced to banish his daughter some time ago due to a disease she mysteriously contracted, the Queen claiming it was potentially lethal to everyone in the kingdom.

The circumstances are more than a little dubious.

Resolving to find the Princess, the teens ask where the Princess might be found, the resistance pointing them to a vast forest in the east, ending part 1 of the two part arc.

The team of Johnathan Hop (creator/writer), Novella Locritani (letter design), and Dimas Yuli (art) are all here giving The Princess of Yelang its centrifugal energy, but they clearly outdo themselves for part 2, the third volume of the series as a whole.

Johnathan Hop shows his writing depth, not only intensifying the drama by setting the stakes higher in the forthcoming volume, but by capturing the emotional thread between the antagonist and protagonists when the Princess comes into play.

Novella Locritani’s lettering is a pleasure, and Dimas Yuli’s art speaks from the pages, the panels without dialogue saying just as much as the panels that do.

This first great journey into the Middle Kingdom is abundantly alive with action, adventure, and heart.  Its conclusion is not to be missed

Grab part 1 of The Princess of Yelang here, and back part 2 when the Kickstarter goes live. You won’t regret it!