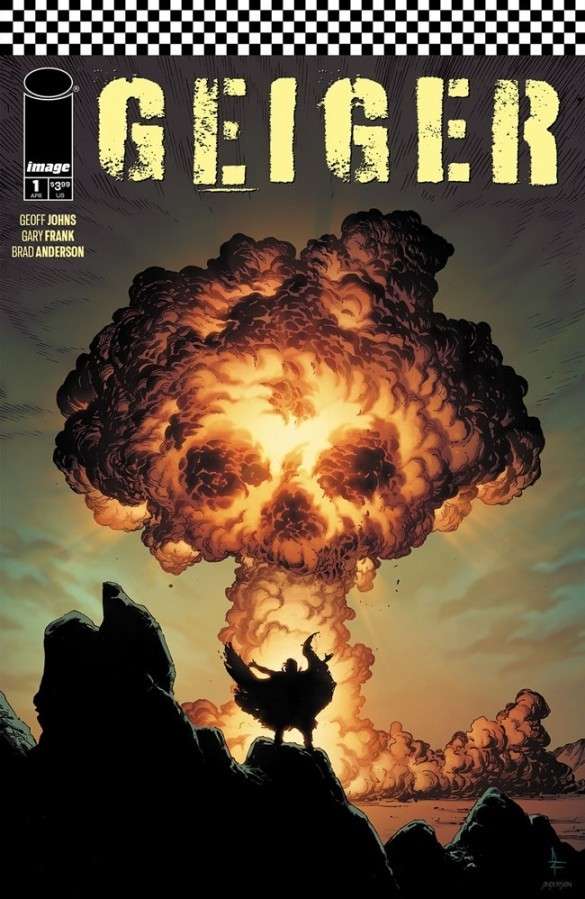 Gary Frank has been working on the biggest heroes that DC and Marvel have. But now it’s time for a change, and he’s doing that with his long-time collaborator and friend, writer Geoff Johns in their latest collaborative effort for Image Comics, a new series called Geiger.

Twenty years after the nukes fly and the world is thrust into an apocalyptic fallout a legend circulates; The legend of the one who walks outside without a suit. In this new world when the air is radioactive and people need suits to travel outside this man is impossible. As impossible as it is though he does exist and his name is Tariq Geiger. 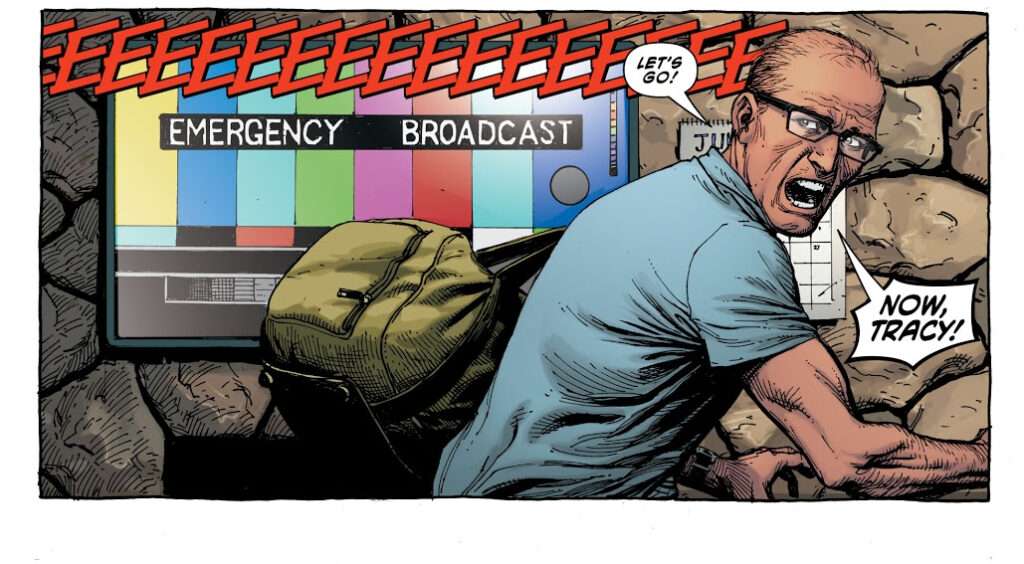 Geoff Johns, Gary Frank, and Brad Anderson have teamed up again on this original title. Whenever Gary and Brad get together it’s always amazing. These two creators complement each other so well. so, the art is on-point in this. It will leave you lingering on certain pages just to take it all in. It’s also a breath of fresh air to see them expanding outside of the superhero genre. After so many years of seeing them doing the capes and superheroic posing, it’s a treat to get to see them working outside of that. 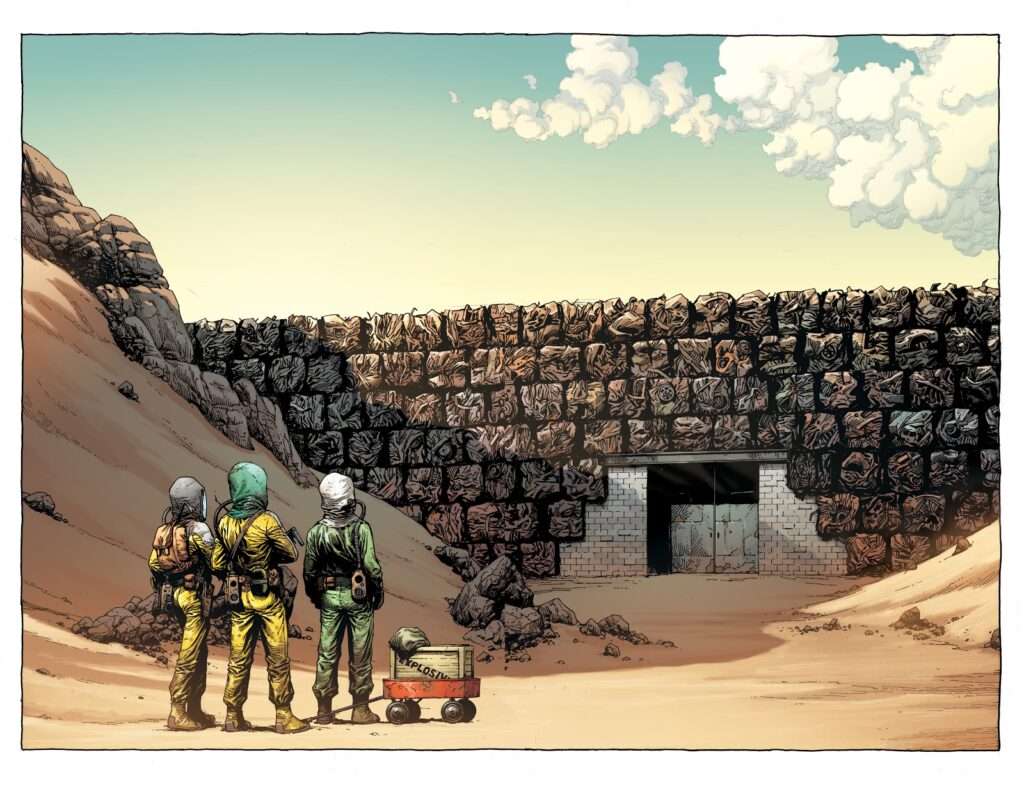 The story is from both Geoff and Gary and this is where the issue starts to take a dip that the art can’t lift up. Despite this being a series set in a nuclear post-apocalypse, there are a few story elements that take the reader out of it. The first is the fact that Tariq, our man without a suit, looks and acts like a superhero complete with a hood and cape. The creators have set up a world of survival, environmental danger, and a new society that formed in the aftermath, and then it hits you as the last pages unfold that this feels like fallout. That isn’t a bad thing though. Fallout is awesome. It does leave confusion about what this series will be and what it’s about.

Normally a first issue tells you that, but this one leaves one wondering about that.

There is a concern with this title though. The last time this team worked together on Doomsday Clock they were plagued with constant delays that ultimately ruined its reception. Johns is still an incredibly busy man and this title could face the same kind of delays.

In spite of everything this initial issue contains, it still hasn’t really set up Tariq as a character yet. But I’d be lying if I said the mystery of his being doesn’t intrigue me. The different elements do throw off the overall feel and could leave you confused as to what this world is exactly. This is coming with a hesitant recommendation.

You can buy the comic for yourself here.