Continuing our movie marathon, and taking a breather before we begin a full Resident Evil Retrospective, we’re diving into another personal favorite of mine, 2003’s Big Fish!

What do you do when you grew up your whole life hearing your father tell all these incredible stories about his life? One of which was a story that explained why he wasn’t there at your birth… but it’s a story you know for a fact was false! You realize that maybe you don’t know your father. You begin to wonder if any of his stories can be true. This fascinating film from Tim Burton asks “who is the real Edward Bloom?”

That is what William Bloom (Billy Crudup) asks when he reunites with his father while he’s on his deathbed. He wants to know what is truth and what is reality. During this adventure, we from Edward’s own words, either when he is portrayed by an aged Albert Finney, or a younger man as Ewan McGregor, about his fascinating life. Like how he once met a witch when he was young and just knew how he was going to die. How he literally grew up too fast because he was meant for bigger things! And how he met a giant, a werewolf, and was believed dead during WWII, and many other tall tales. 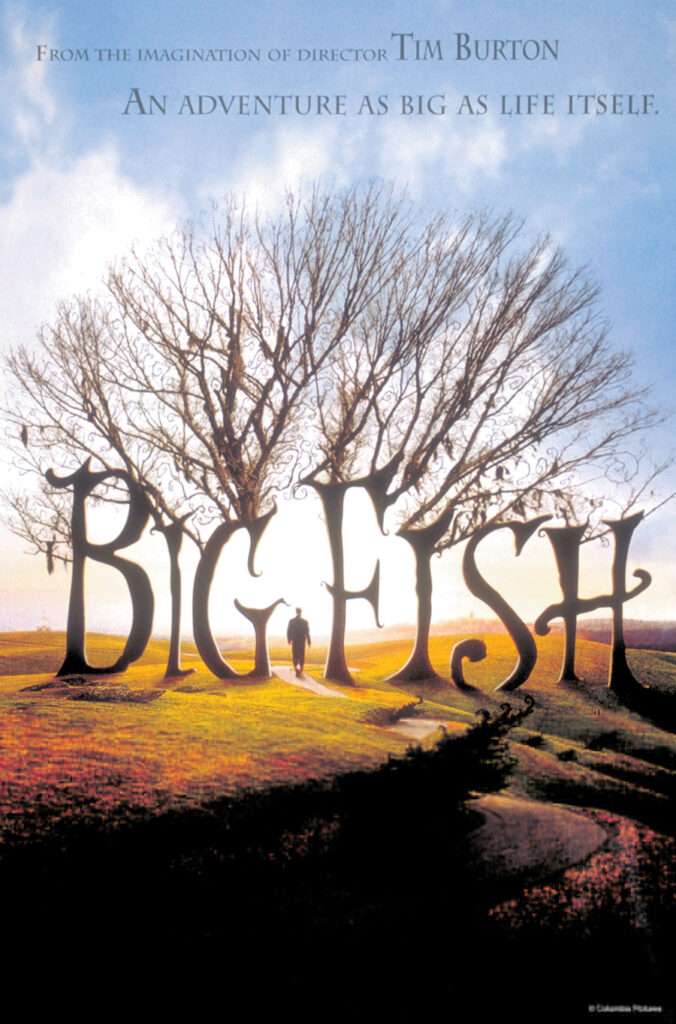 What William soon finds out is, that aside from the big fish story about his birth, none of these outlandish stories that his father told him were lies! Exaggerations, yes, but definitely not lies! And we, the audience, have to decide for ourselves what is truth, and what is fiction as we take the journey with him on the incredible adventures Edward Bloom and eventually learn precisely what the witch’s glass eye told him about how he was gonna go… highest recommendation.

At the Movies with Robert & Ingrid: Big Fish