Retro Review: Why ‘Star Trek the Motion Picture’ is Not That Bad

There’s no question about what the best Star Trek movie is. But debate rages over which is the worst. Surprisingly for a long-running Hollywood franchise, a frontrunner for the least enjoyable Star Trek movie also happens to be the series’ first.

With that rather inflammatory intro out of the way, It would be sci fi malpractice not to admit that Star Trek: The Motion Picture isn’t a bad film. It’s a competently made, rather accomplished film whose reputation suffered from misguided direction and mismatched promotion.

What does that mean? To understand the tough spot that the movie’s production team was in, you have to consider the year it was made: 1979. The original Star Trek run lay a decade in the past, well before Cultural Ground Zero froze artistic change. In that decade Big Men With Screwdrivers sci fi had fallen from the position of dominance it had enjoyed since the 1950s.

And it was all the fault of another science fiction franchise that exploded onto the scene two years before ST:TMP’s release.

More on that later.

To be sure, Star Trek: The Motion Picture comes off as awkward to contemporary audiences. Heck, it came off as weird to this Gen Y reviewer back in the day.

But there’s good reason for this movie’s off-beat presentation.

For starters, it didn’t begin life as a feature film project. Paramount’s original idea was to launch its own TV network. That was back in the early 70s, when starting a fourth network would have been a huge deal, beating Fox by almost two decades. Their planned network would have shown classic Paramount movies, but its main draw was slated to be a continuation of the original Star Trek series subtitled Phase II. It would have reunited most of the old cast – with the notable exception of Leonard Nimoy, who was in the midst of litigation with Paramount. And it was to feature new sets and a redesigned starship Enterprise.

The runaway popularity of George Lucas’ brainchild spurred Paramount to scrap their Phase II idea and rework the two-hour pilot script into a two-hour and eleven-minute movie.

Its status as a TV pilot adaptation goes a long way toward explaining ST:TMP’s weird pacing. The only other entry in the franchise that manifests a worse case of TV series two-parter syndrome is Insurrection,  which I remain convinced was planned as the finale – premiere bookend for a speculative 8th season of TNG.

Seeing ST:TMP as a long television episode makes sense of the whole enigma. The original series always owed more to Asimov and Clarke than Howard and Burroughs. In fact, Isaac Asimov served as a science consultant on The Motion Picture.

So what happened was the producers, writers, and directors made a 60s style hard sci fi movie with special effects more befitting a pulp actioner of the 80s. And they marketed it that way, too.

And the SFX investment paid off. This movie still looks gorgeous more than 40 years later. A shocking number of the visuals rival scenes that came out of the series’ later installments in the 90s.

The phrase “a feast for the eyes” gets thrown around a lot, but in this case it’s true. And it alone saves ST:TMP from being the worst in the franchise.

Unfortunately, the same cannot be said for other key aspects of the film.

You probably think I mean the pacing.

But I don’t. The camera lingers over some sequences a bit too long, but it never commits the mortal movie sins of being confusing or outright boring. Just a bit awkward at times.

No, this movie’s biggest flaw is the acting.

That’s not to denigrate the actors. They voiced concerns about the script but those concerns were ignored. So they did the best with what they had.

Also factor in that Shatner was nervous about resuming his iconic role after ten years, and Nimoy wasn’t too thrilled to be there in the first place.

The result is that the actors aren’t allowed to be their beloved characters, and it comes through big-time.

On average, the performances here feel like a half-cooked mix of those from the original series and the middle films, where the cast hit their stride. 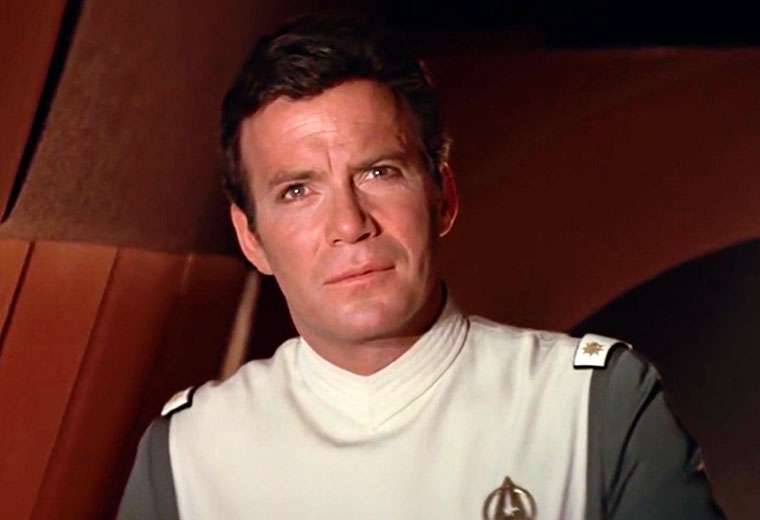 Kirk’s main arc is a great example. He barges onto the Enterprise in Act I, takes command from Captain Decker, and demotes him to Commander. The writers try to lampshade it as Kirk being uniquely qualified to command the Enterprise, which is inexplicably the only Federation starship available to defend Federation Headquarters from an alien existential threat. But they undermine their own argument by pointing out time and again that Kirk is unfamiliar with the redesigned Enterprise.

Such as when his insistence on rushing repairs causes two of his crewmen to die in a grisly transporter accident.

To which he hardly reacts at all, only telling the transporter chief that it wasn’t her fault.

Yeah, we know, Jim. It was your fault.

And the whole scenario is just a heavy-handed way to set up the conflict between Kirk and Decker.

Bear in mind that Kirk is supposed to be the movie’s protagonist. The whole movie, right up till the last few minutes, is driven by what Jim wants.

Yet Kirk’s initial act of swooping in to pretty much steal Decker’s ship makes us root for the latter.

If I were made captain of the Enterprise, and then the guy who recommended me for the post came back and said, “On second thought, I don’t feel like giving up command. Move over. Also, you’re busted down a rank,” I would not take it half as well as Decker did.

You can bet I’d be on the horn to Star Fleet Command saying, “It’s still his first day back, and this guy already Cronenberg-ed two officers and came within a hair of losing the whole ship in a wormhole. Can we transfer him to the ship with no hard edges, all padded surfaces, and rubber torpedoes?”

But Decker proves himself the bigger man, follows orders, and saves everyone every time.

It’s interesting that his character formed the basis for William Riker, because in stark contrast to Decker, Riker is always wrong.

It sucks that they killed him off by having him merge with an A.I. waifu to form a posthuman space baby.

And there’s that Clarke influence again.

The score is also killer, though. It marks the debut of the song that Gen X and Gen Y think of as “The Star Trek Theme.”

But the next entry in the series somehow manages to have an even better score.

In fact, it’s not only the real best Trek movie hands down, it’s a contender for all-time best sci fi movie and best sequel in any genre.

More on that later. 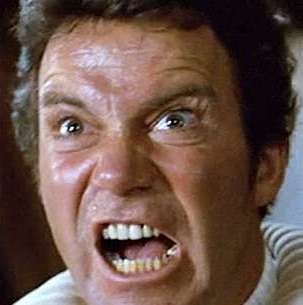 While you’re waiting, check out my hit novel series inspired by the “Star Trek of Japan.” 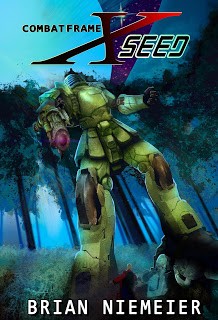 Editor’s Note: For any readers who aren’t interested in revisiting Star Trek: The Motion Picture, we recommend this fan edit remixed with elements of Daft Punk’s Tron: Legacy soundtrack.

Watch: Trailer for Third & Final Season of 'Picard' on Paramount+
'Star Trek: Generations' Not as Good as I Remembered
Why Star Trek VI: The Undiscovered Country is My Favorite Trek Film
'Star Trek V: The Final Frontier' Isn't Quite as Blasphemous as I Recall
Retro Review: Star Trek IV: The Voyage Home is Totally 80s’ed Out
Star Trek III: The Second-Part of the Best Space Adventure Ever Put to Film
Michelle Yeoh's Star Trek 'Section 31' Spinoff Series Still in Works