Okay, I annoyed people last week by throwing shade at Captain America.  A few die-hard MCU loyalists attempted a brave rear-guard action in defense of a thoroughly mediocre film, but we could all tell their hearts weren’t in it.

In the spirit of National Unity, let’s gather together, sing Kumbaya and at least agree that Wanted is by every measure a truly terrible movie.
Wanted Official Trailer #1 - Morgan Freeman Movie (2008) HD

The Reluctant Hero Taken to the Illogical Extreme

I remember seeing this movie in the theater, and I remember thinking: “Fully half of the screen time is being spent trying to convince the hero to actually be a hero.  Something is seriously wrong.”
Watching it again, I find the bizarre reluctance of James McAvoy’s character to leave his objectively awful lifestyle for anything better to be inexplicable.  Layer upon layer of misery is heaped upon the hapless viewer and yet still, with Herculean strength, this manifest loser refuses to do anything.
Don’t get me wrong, the Reluctant Hero is a worthwhile figure in drama.  Batman is a very reluctant hero, forced to become a vigilante by the murder of his parents and the failure of the government to maintain order.  Given a choice, Bruce Wayne would have absolutely picked “Raised by two loving parents” over “Traumatically orphaned” as a life path.
But Wanted just drags this out and it’s just boring.  At some point, you want to reach through the screen and throttle the screenwriter:  “CAN WE GET TO THE ACTUAL MOVIE, PLEASE?” 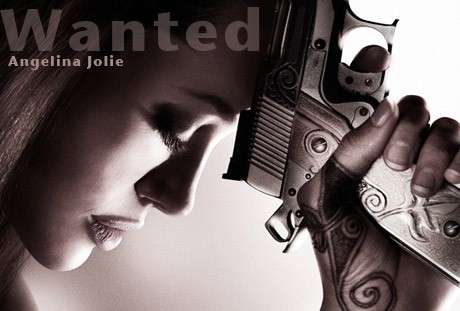 The artwork in support of this film drew heavily on the haunting beauty of Angelina Jolie, who – to her credit – blasts away in the film with the same open-eyed fierceness of Kate Beckinsale.   She has also copped to owning a handgun, which may explain why Brad Pitt moved out.  Anyhow, one of the most disconcerting revelations upon seeing this film again is how unhealthy she looks.
She’s supposed by be dangerously sexy, but the poor woman looks like she needs a lengthy stay in rehab.  No amount of CGI and editing can disguise how thin and pale she looks.  I found myself hoping she could get some multi-vitamins and maybe a couple of weeks in a spa. 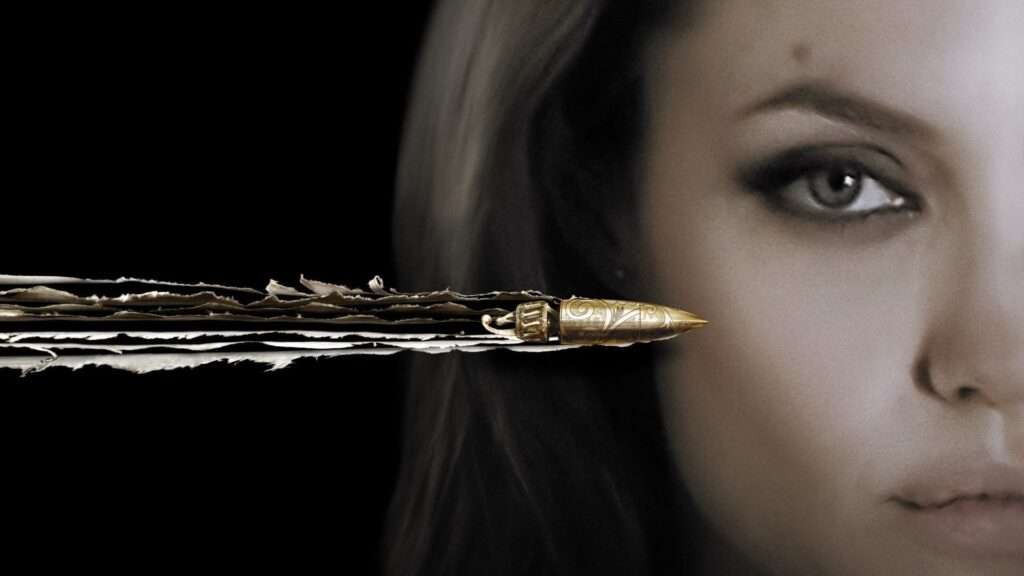 The core conceit of this train wreck is that McAvoy is some sort of real-world Neo with super-human reflexes and also the ability to fire bullets in non-linear pathways.  Seriously, a snap of his wrist and bullets act like curveballs.
Perhaps in a less ignorant era, people would have understood that this was nonsense on stilts, but people actually tried to test this out.  Mythbusters did an episode specifically to demonstrate what a dangerously stupid idea this was.
If that wasn’t bad enough, there were extreme closeups of some multi-stage bullets….being launched and doing…things.
I can’t even process the dumbness of this.  Seriously, I try to think of new insults, and my mind just recoils.  It’s like a black hole of stupidity, a concept so idiotic that words cannot express it.

The awful truth is that I was thinking of using this film for Geek Guns entry, but the guns are so amazingly unrealistic and stupid that there is no point.  There is literally nothing to be learned from firearms in this movie other than how they don’t work.
Still, if you’re the kind of person who wants a slow-paced film starring a deadly neurotic middle-aged chick desperately clinging to the tattered remnants of her film career, you should probably watch Sunset Boulevard.
Whatever you do, don’t watch Wanted.