Haywire‘s an atypical film for Steven Soderbergh in being a fairly mainstream actioner, which follows betrayed Black Ops operative Mallory Kane (MMA star Gina Carano in her breakthrough role) in a quest to uncover the conspiracy that saw her burned. 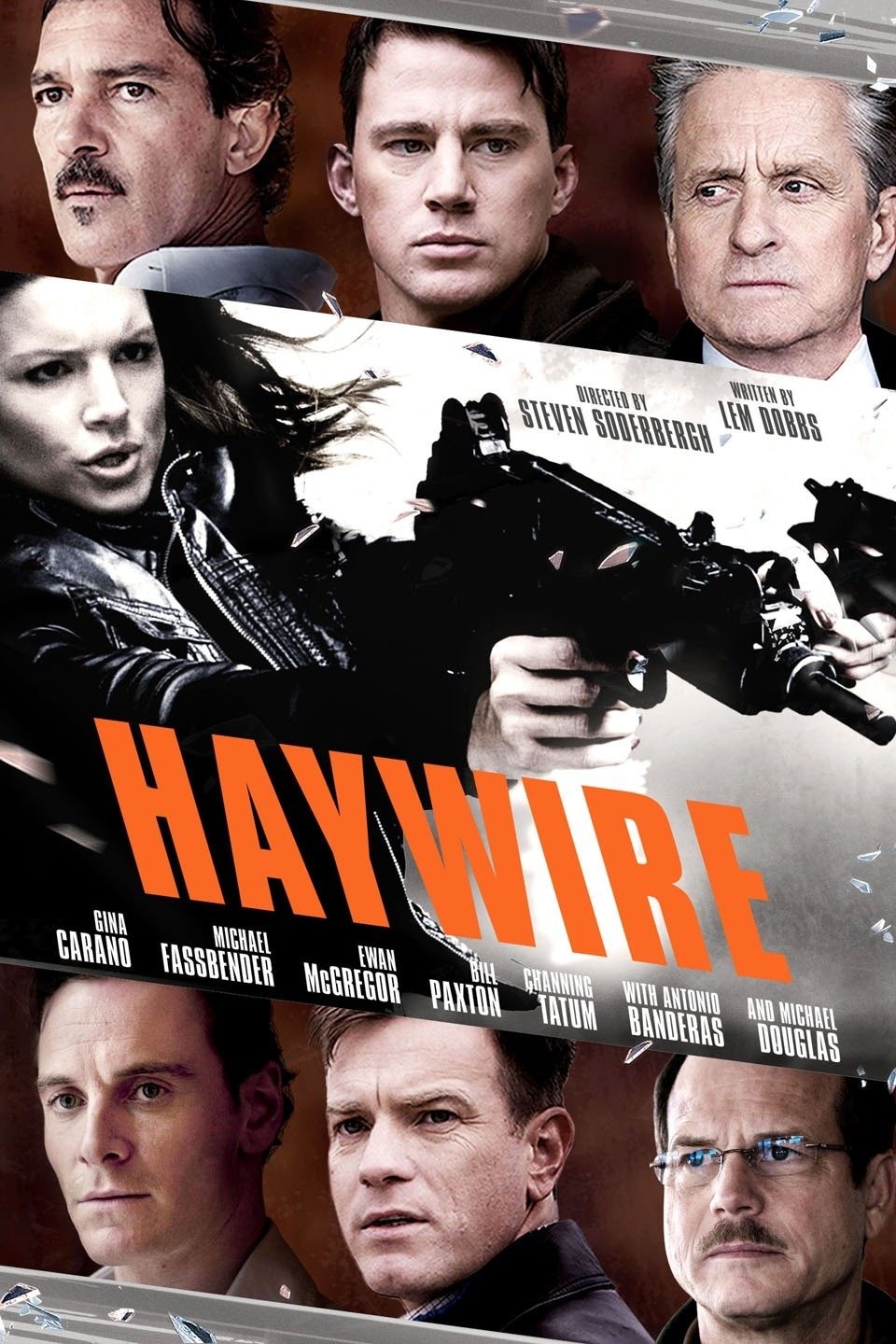 Not that the picture doesn’t have some distinctive Soderbergh touches, particularly in the darkly humorous script by Lem Dobbs (Dark City/The Score), who the director worked with on 1999’s superb crime drama The Limey and the little-seen Kafka (1991).

I detect some influence from the film on the selection of  Tom Zé and Valdez’s ‘Jimmy, Renda-Se‘ for 2015’s Man From Uncle.

Antonio Banderas sparkles as duplicitous agent Rodrigo, one of his final lines explaining his actions (“besides my money? a new life. And a new wife”), spoken just before his comeuppance at the end of the picture.

Carano was still very much feeling her way as an actress – her voice had to be deepened in the final mix and Laura San Giacomo (Pretty Woman/Sex Lies) was brought in to dub some of her lines, but she more than compensates with the stunts and bone-crunching fights she performs herself.

Apparently Michael Fassbender sustained a fair few bruises in the clip below – and I can well believe it:

Rather than the by-now cliched Bourne-style hyper-fast edits and hand-held camera work, Soderbergh lets the fight scenes play out in a classic fashion, which to me helped ring the changes on the ten year dominance of the whiplash-inducing Paul Greengrass approach.

All in all, it’s got rooftop escapes, car chases in reverse gear, a hostage rescue set to music and, typical of Soderbergh, great fun. At the time it was released (2011) it was a fresh, muscular payback movie shot through with Soderbergh’s mischievous indie-spirit. Whether Gina Carano turned out to be the new Angelina or the new Cynthia Rothrock, I suppose the jury is still out on that…

You can watch it for free at TubiTV or Vudu (with ads).