My 80s and 90s movie reviews seem to be resonating with readers. This response makes sense, given that many have rightly despaired of Hollywood ever treating classic franchises with anything but contempt.

Multiple commenters brought up one film in particular that seems worthy of review, especially since it has the same director as the new Bill & Ted streaming release.
By popular demand, it’s time to revisit the late 90s cult classic Galaxy Quest. Not only is it one of my favorite comedies, it easily stands among my favorite SF films and is just plain one of my all-time favorite movies.

In addition to the accolades I already heaped on it, Galaxy Quest is the best Star Trek movie. Sure, it’s an homage that parodies Trek in much the same way that Spaceballs riffed on Star Wars, but Galaxy Quest succeeds where even Mel Brooks failed. It beat its source material at its own game.

Don’t take my word for it. Fans at a major Star Trek convention ranked Galaxy Quest the seventh best film in the series, and that was only because of backroom politicking that bumped Quest down from its starting position in second place. Key members of the creative team who’ve worked on Star Trek movies since The Voyage Home declared that it deserved to be #1.

If you’re unfamiliar with Galaxy Quest, stop reading this and go watch it right now.

For those who are at work or school or prison or somewhere that won’t let you stream videos, Galaxy Quest follows a simple yet ingenious premise.

NOTE: this movie is  now old enough to drink, so my spoiler filter is off.

The washed-up stars of a 70s SF TV show, forced to subsist on convention signings and ribbon cuttings since the program’s cancellation, get much more than they bargained for when what they think is another promo gig turns out to be the real thing.

Facing genocide, an alien race has turned to “Historical Documents” from Earth, i.e. television transmissions, for guidance--especially old episodes of Galaxy Quest. They lovingly reproduce the series’ iconic ship down to the last bolt and dab of paint; then enlist the original crew to lead them in battle. 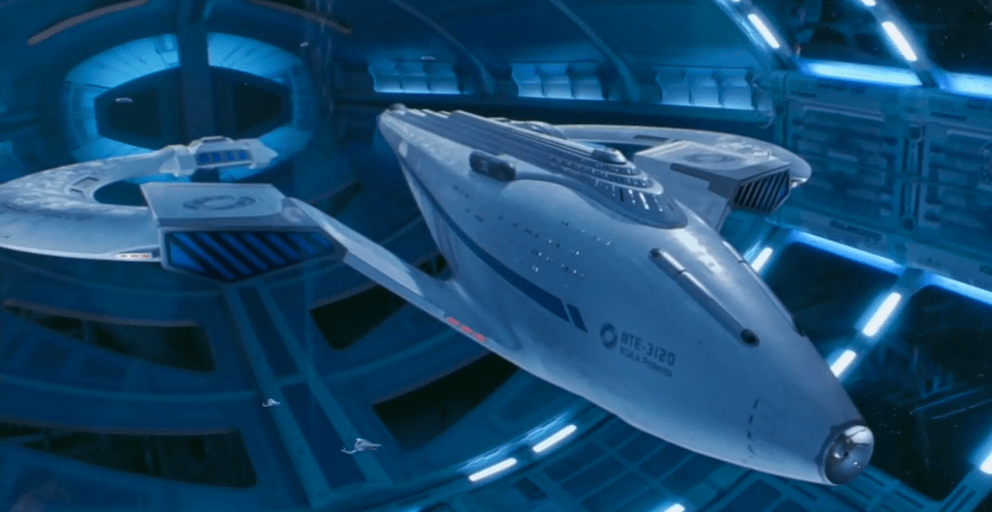 Unfortunately, the “crew” don’t have their act together--figuratively or literally.

Besides the shock of finding themselves embroiled in a real interstellar war, the actors must confront the interpersonal grudges and rivalries that have alienated them from each other as they’re thrust back into their old roles. It’s the command performance of a lifetime, with stakes far higher than bad ratings.

In design and execution, Galaxy Quest not only meets the standard set by Star Trek, but sometimes surpasses it. Quest is like the rare cover version of a song that draws out the original’s latent potential and takes it to the next level.

Now imagine that the cover song is by “Weird Al” Yankovic, and the metaphor is complete. Don’t let the comedy distract you from the fact that the artist is a bona fide genius.

I’d go so far as to argue that the best comedy writers are the greatest writers of all, since comedy is the hardest genre to execute successfully. And Quest is hands down the best SF comedy.

Why does Galaxy Quest deserve such praise? The simplest reason is that it’s a sci-fi, parody, ensemble cast, character-driven, comedy/adventure film that works on each and every one of those levels.

Galaxy Quest is indeed a sterling comedy. Rare among contemporary films in this genre, it doesn’t stoop to lazy one-liners or crude slapstick for cheap laughs. Instead, it takes the high road of crafting situational humor based on solidly established characters and how they react to their strange circumstances.

NB: critics lament how modern comedies have largely replaced actual jokes with glib pop culture references. Ironically, Galaxy Quest is one of the few movies that could’ve gotten away with that gimmick. Yet its makers exercised admirable restraint in weaving SF tropes into the story subtly and organically through the actors’ performances.

The near-subliminal references even extend to the movie’s visual design. 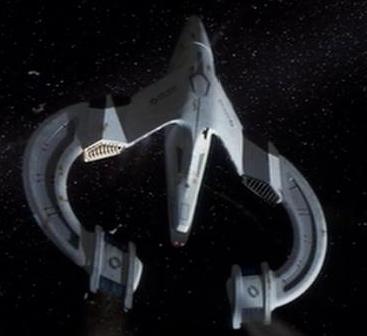 After soaring over the highest hurdle, Galaxy Quest goes for the gold in the sci-fi, space opera, and characterization categories. Though the science is extra squishy (just how I like it), the movie more than compensates by adding new speculative elements that are just as satisfying as their Trek analogs.

The digital conveyor, FTL flight via black holes (later explored seriously by Interstellar), and the Omega 13 device are just some of the masterful conceits that establish Quests’s own consistent mythos.

One added benefit of rewatching the film was realizing just how gorgeous it is. The conceptual and technical design; even the costumes, are on par with the finer Trek movies while having a pleasing aesthetic all their own.

I was also surprised by how the movie’s visuals influenced the descriptions in my own writing. Though I didn’t realize it at the time, the bridge of the Protector clearly inspired the wheelhouse of the Serapis from Nethereal.

The special effects only lose a few points because some of the CG looks a little outdated now, but it still beats any Syfy Channel original movie.
In the action department, Galaxy Quest largely departs from the submarine warfare style of most Trek installments and depicts pulpier, though honestly more exciting, space battles. The character-level gun play and fisticuffs retain comedic elements while portraying deadly consequences, sometimes in direct contrast to the TV show’s camp.
You shall be... Avenged

At the movie’s low point, Jason Nesmith (aptly portrayed by Tim Allen) must confess to the alien leader Mathesar that he and his “crew” are not what the aliens believed. They are simple actors pretending to be space explorers on sets made of plywood, tinfoil, and Christmas lights. 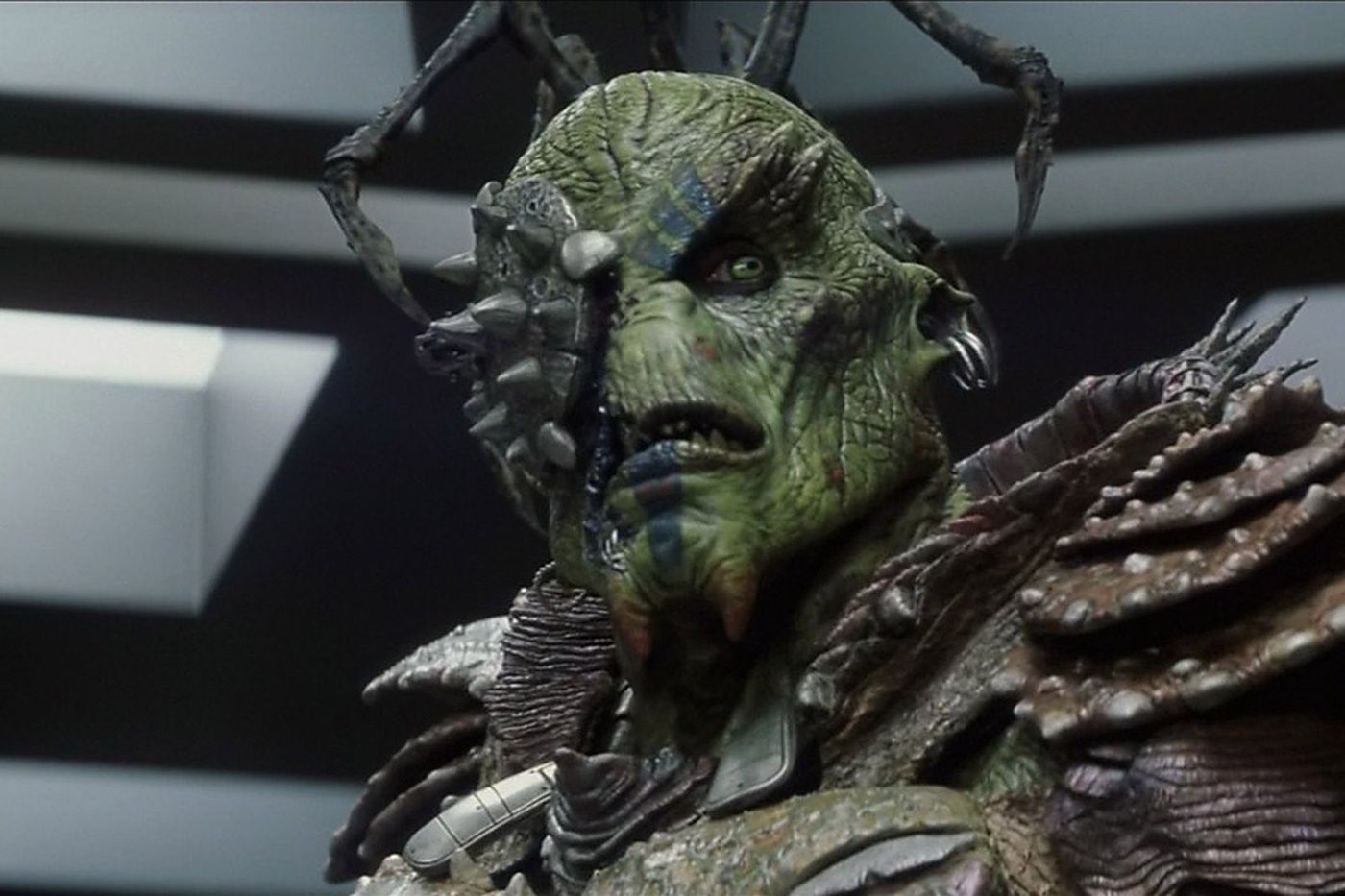 This is strong evidence that the Thermians are purely material--or at least materialistic--beings with no spiritual dimension to their existence, who as such have no longing for a reality above and beyond the mundane world.

Wright convincingly reasons that sapient beings who are fully “at home” in the material world would have no need for or concept of fiction. Their libraries would have only textbooks and newspapers; not pulp magazines and novels. The Thermians therefore see no difference between fiction and lies.

The interactions between guileless Thermians and duplicitous humans brings about one of the movie’s core moral themes: What value, if any, does fiction have? When asked why humans would go to the considerable effort and expense of creating such elaborate charades, Nesmith admits to Mathesar that he doesn’t know. He makes halfhearted mention of entertainment, but it’s clear that he’s never thought through the basis of his craft.

It is here, in the last act, that Galaxy Quest goes from being a workmanlike and thoroughly enjoyable parody to a work of genius.

The cast of the Galaxy Quest TV show start the movie as petty, frustrated characters, depressed by their inability to be who their talents and dispositions call them to be. They’re suddenly given a final, all-or-nothing chance to redeem themselves.

The crew of actors are given multiple chances throughout the film to escape the conflict and return home to their old lives. Each time, they decide to stay, even after learning that they’re in mortal danger. Jason and his crew don’t just suffer adversity with patience. They willingly accept terrible risks for the sake of strangers from a distant world.

Even more impressive, Galaxy Quest answers its thematic question about the value of art; not through dialog, but through the characters’ actions. Traditionally, protagonists in mistaken identity plots prevail by either tapping into hidden strengths, or by leveraging their native abilities.

The cast of Galaxy Quest do both--employing their acting chops to overcome challenges while growing into their fictional roles for real. By the end of the movie, Tony Shalhoub’s character really is the Protector’s chief engineer. Reluctant pilot Tommy flies her with confidence and skill. Jason is established as the ship’s master and a leader of men.

Yet it’s the final touch that cements this film as a triumph. The human crew of the Protector have defeated their adversary and saved the Thermian race. At this point, a lesser story would have ended with the aliens gaining knowledge of fiction and losing some of their innocence, possibly with a trite speech about faking it until you make it or the inspirational value of noble lies.

Instead, the Thermians are convinced that Nesmith’s confession was itself a ruse, and their faith in the “Historical Documents” is fully restored.

Now, I anticipate criticism on the grounds that our heroes leave the Thermians in ignorance. Isn’t the bitterest truth preferable to the sweetest lie?

To which I reply that anyone making such an objection is equivocating. Equating fiction with deceit is the Thermians’ mistake, made because they’re fundamentally blind to the difference. Trying to distinguish between a lie told with malice and a story told in service of the truth is a Sisyphean task where Thermians are concerned, and no futile task is morally obligatory.

And because we, the audience, are not Thermians, we can see how Galaxy Quest upholds the wonder and beauty of space exploration, the good of heroic virtue, and the truth that the value of good fiction transcends the world of base matter. 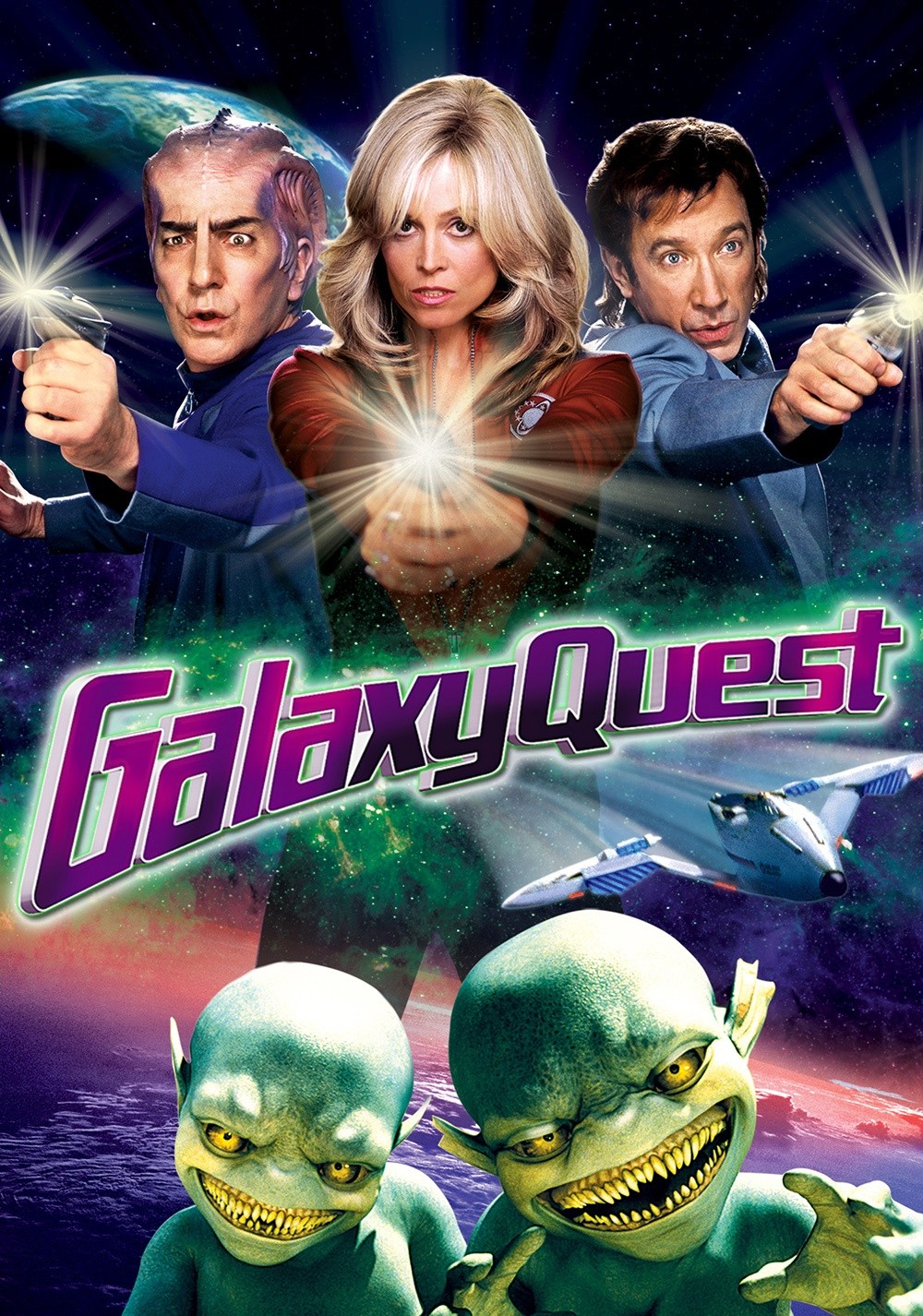