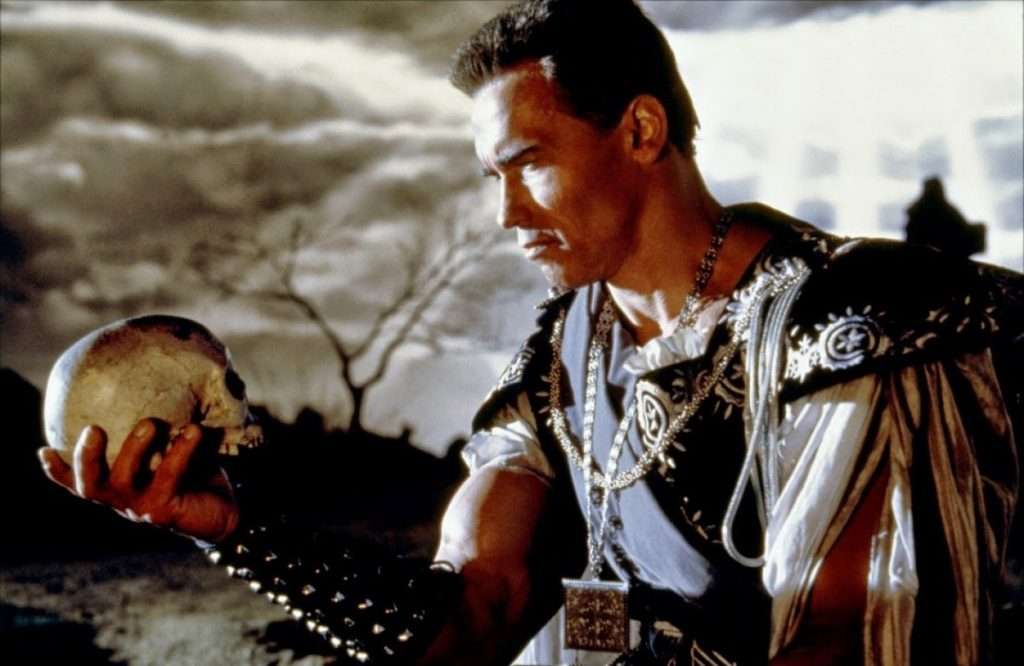 It’s often said that the mark of a good parody is that you could take out all the jokes, and it would still play well as a straight genre film. The best parodies start with that ingredient and add a deep love for the source material.

Due in part to those multiple points of failure, and because comedy is the most difficult genre to write well, it’s easy for a parody to misfire. The results can be career-crippling, as no less a star than Arnold Schwarzenegger attests.

That’s right. Arnold himself pinpoints Last Action Hero, the 1993 parody of his bread-and-butter action film genre as the start of his movie career’s decline.

True, the movie was a critical and commercial disappointment. But does Last Action Hero deserve its dismal reputation? Revisiting the movie three decades later puts its legacy in perspective. First, a heads up. This movie is 30 years old, so no effort will be made to avoid spoilers. Besides, if you’ve ever seen an 80s action flick, you already know the basic plot structure.

Last Action Hero‘s perspective character is a teenage kid named Danny. Raised in a bad New York neighborhood by a widowed mom, Danny seeks escape in schlock action movies. And he seeks a father figure in Jack Slater (Schwarzenegger), a pastiche of every trigger happy movie cop from Harry Callahan to Marion Cobretti.

One night after getting mugged, Danny flees to a midnight showing of the latest Jack Slater flick. The aged projectionist of the even more aged theater gives Danny a magic ticket claimed by Harry Houdini to be the key to another world. During the screening, the ticket activates and transports Danny into the fictionalized Los Angeles of Slater’s world. 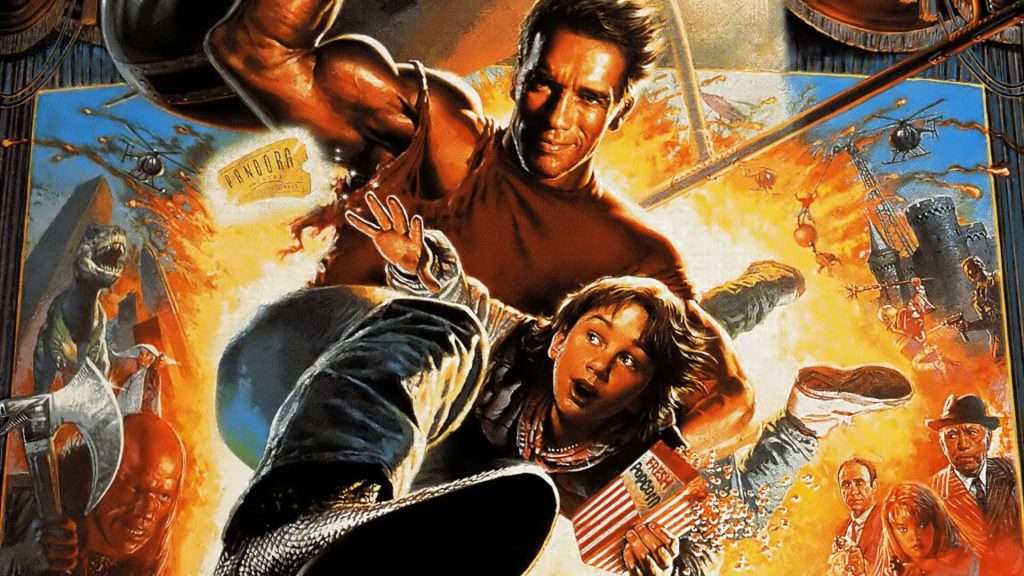 In an unintended parallel with contemporary manga, this plot hook may qualify Last Action Hero for the isekai genre. It’s even unclear at first if Danny wasn’t transported to Jack’s world by dynamite that flew from the screen and which may have killed him.

Anyway, Danny leverages his special power–encyclopedic knowledge of action movie tropes–to carve out a niche in Jack’s world. In particular, his having overheard the villains’ plot while watching the opening scene prompts Jack’s hotheaded lieutenant to deputize Danny as Jack’s new partner.

While working with Jack to stop an evil yet dimwitted mob boss from killing off his competition, Danny’s bigger challenge is convincing his hero that they’re both in a movie. The stock actioner plot takes a meta-level turn when Benedict, the mob boss’ much more evil and far more intelligent enforcer, gets a hold of Danny’s ticket and escapes into our world. Jack and Danny leap back through the screen in a race to stop Benedict from unleashing a horde of other movie villains on New York.

Where Jack learns the hard way that in real life breaking glass hurts, bullets can kill heroes, and the bad guys can win.

Last Action Hero was panned on its first release. It’s gone down in cinema history as a career-tarnishing blunder. But does it hold up better in retrospect?

Part of the reason the years haven’t improved Last Action Hero‘s rep much is that it wasn’t that bad to begin with. It was never awful, just middle-of-the-road when the studio needed it to be a blockbuster. They wanted Ghostbusters and got Mystery Men.

Now, so you don’t think I’m just hating on the movie, it’s got quite a lot going for it, including:

Not reflecting on the movie’s inherent merits, but of special interest to members of Gen Y, Last Action Hero marked a milestone where Hollywood reached a crossroads. It bid a bittersweet farewell to the action flicks of the 80s and gave a foretaste of Cultural Ground Zero dead ahead. The movie captures a slice of the High 90s culture that turned out to be the zenith of postwar optimism before the West’s steep decline. 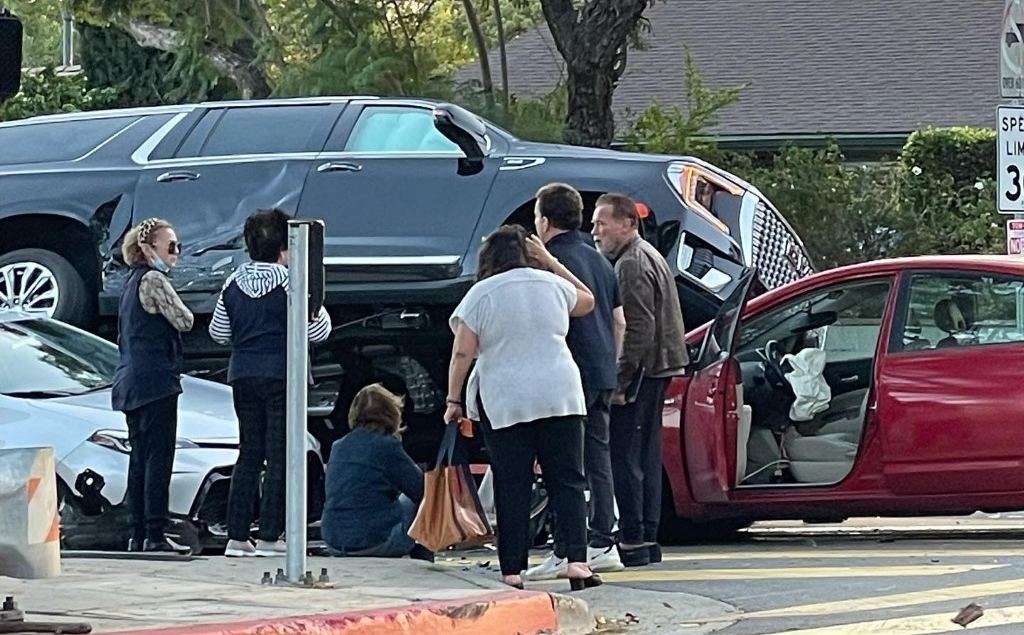 Perhaps it’s fitting that the fall of Arnold’s star tracks with that of our civilization. 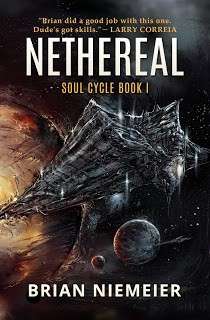 2009's 'Avatar' is James Cameron’s Worst Movie – and It Ruined Him
Comparing the Future Portrayed in 'Demolition Man' to Modern Day America
'The Northman' Review: "Honest, Human, and Yes, Visionary"
Nickelodeon Syndrome: Why So Many Millennials are Neurotic
Generation Why?
What More Do You Need to Finally Boycott Disney?
Here's What the 'Plus' in Disney+ Actually Stands For...