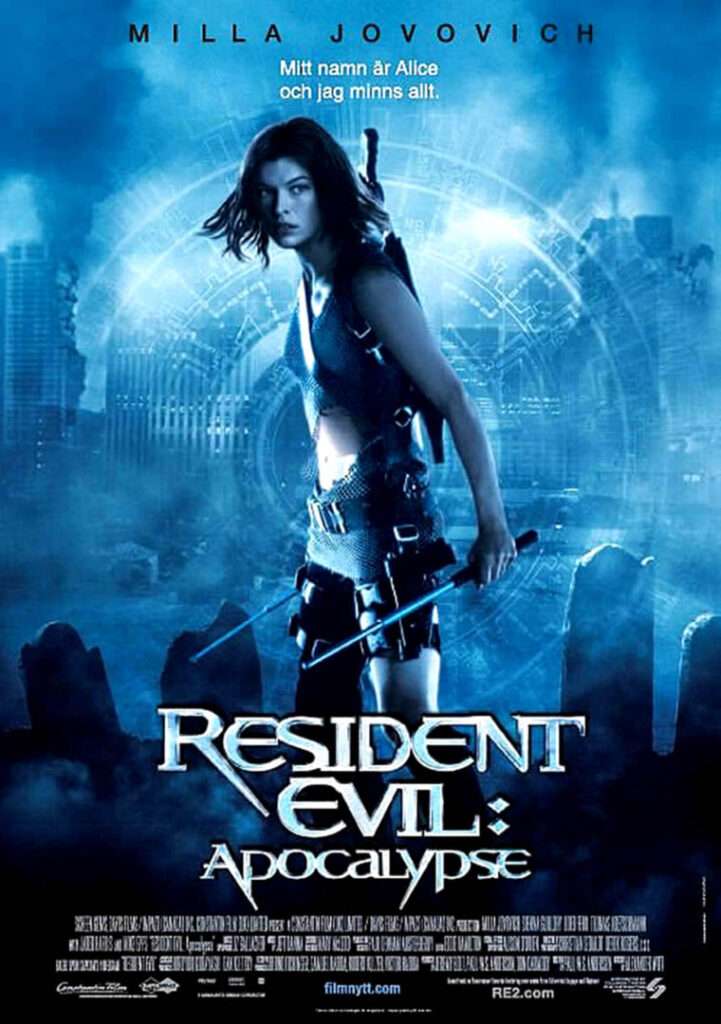 Continuing our Resident Evil Retrospective, tonight Ingrid and I go over the second installment of the franchise and it was billed as the one that would incorporate the movies into the games events. Did it accomplish this goal? Well, sort of.

Setting things in the events of Resident Evil 2 & 3 (More specifically the first part of 3) when the zombie outbreak hit Raccoon City! Alice wakes up and finds she’s been given super strength and skills thanks to the T-Virus…some how. We’re also introduced to Jill Valentine, played by one of the few saving graces of this movie, Sienna Guillory, who studied for the role so well she perfectly emulated Jill’s walk and shooting poses flawlessly. 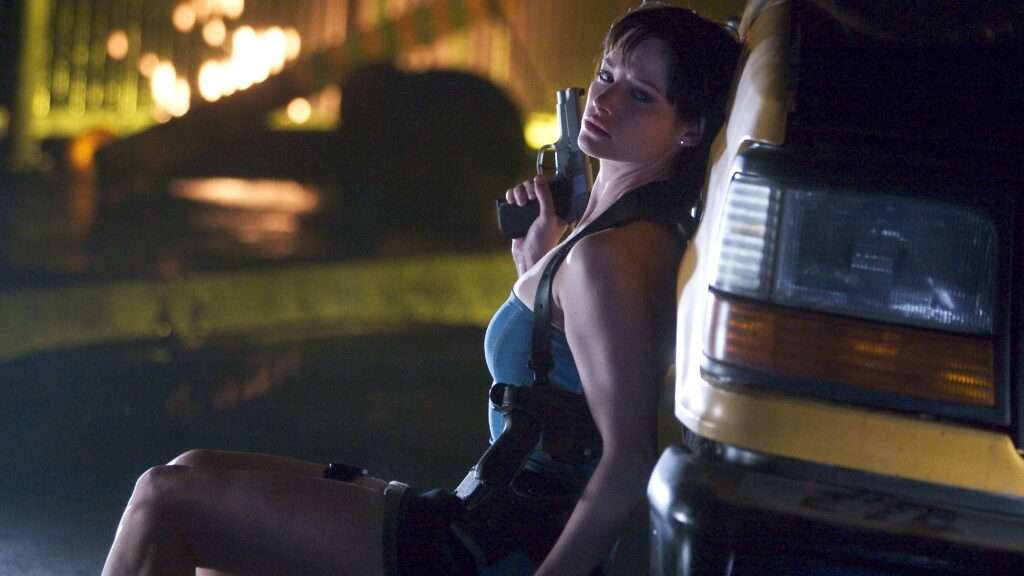 Suffice to say, Ingrid and I were not impressed with this movie. It set a MAJOR low point and we considered this, until the final chapter, to be the worst movie…but the differences aren’t by much. The zombie effects here are pretty weak, the direction here is not that good either. There’s some good ideas here and there but, overall, it’s all over the place. And this is also one of the more blatant cases of Mary Sue Alice who goes toe to toe with NEMESIS! Yeah…that level of OP. 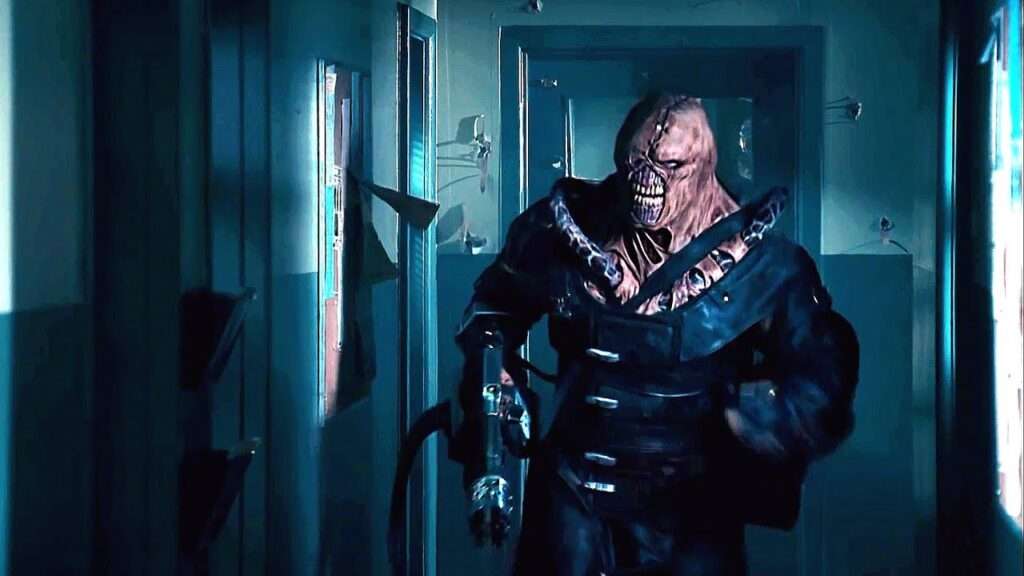 Now there were some good things here. Jill being the biggest one, but we had a couple of good laughs with the character LJ who was pretty funny, if a bit of a clown. And there are some good ideas such as the idea that the T-Virus was created to allow an ill girl to become well because her father didn’t want her to suffer the same problems he has. Also the ending, while painfully stretched out, did set up somethings for the sequel…that sadly didn’t go far. 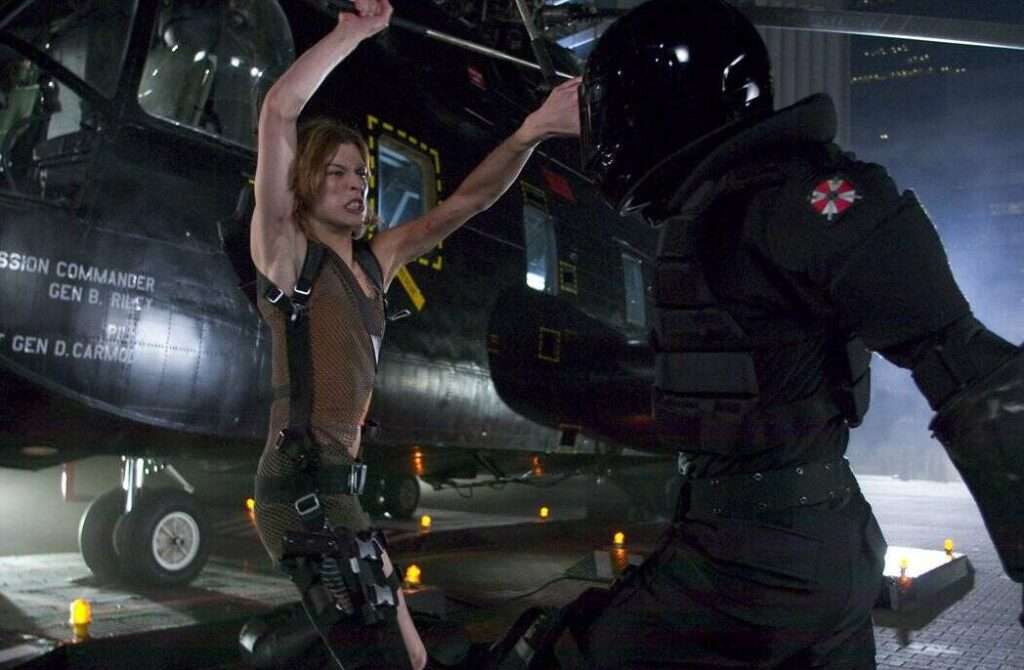 Overall this was a low point for the franchise that almost derailed it hard. But will the next movie be better? Yes and no…you’ll find out what I mean next time.