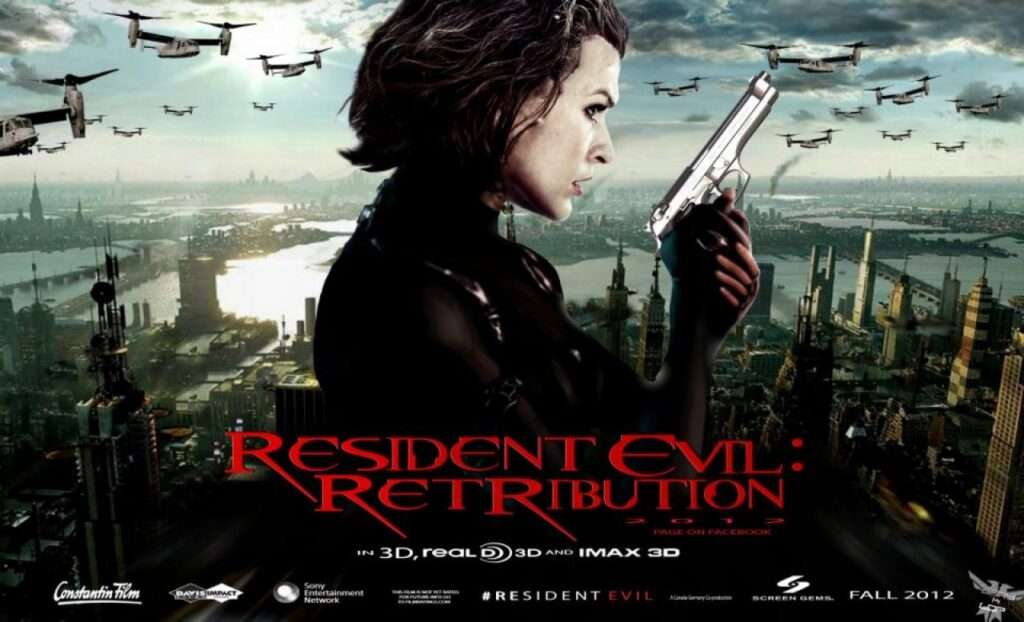 Continuing our Resident Evil: Retrospective, Ingrid and I dive into our favorite installment of the series; Retribution! What’s that I imagine you asking? Why is the penultimate movie our favorite when they’re all supposed to suck after the first one? Well THIS movie was clearly done with the fans in mind!

Prior to working on this installment, Paul Anderson took to twitter (back when Twitter was far saner and safer to reach out to fans) and asked what people wanted to see happen in the movie, and he delivered! They wanted Michelle Rodriguez back…DONE! More Video game characters, and have them actually closer to canon…DONE! More Jill…DONE! More with the Red Queen…DONE! Have Alice get her butt handed to her…DONE! (I’m assuming those were what they were lol)

This movie takes a lot of things already established and starts to ramp things up to an epic cliffhanger…that won’t be delivered on in the final movie but let’s not dwell on that! 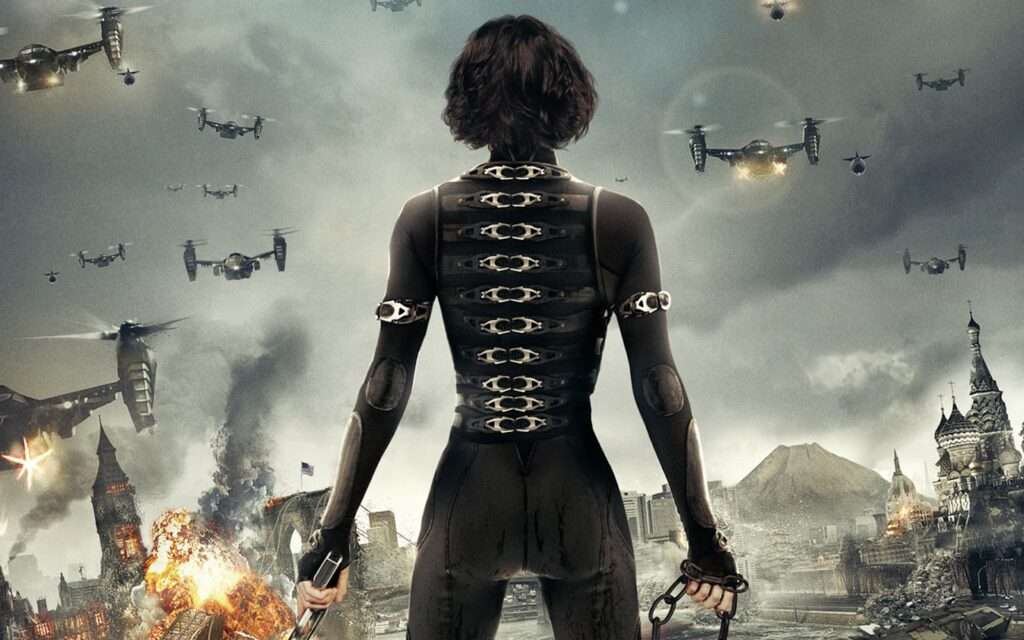 We open up with the cliffhanger from Afterlife, where Umbrella goons led by a mind controlled Jill Valentine attack. Claire and Chris are missing, and Alice was captured! At the same time, in an arctic base, the Red Queen has been creating, through their cloning process, clones of Alice and many others from accross the series and put them in testing situations to see how the virus reacts under specific conditions. The most recent one had a home maker Alice who had a Deaf daughter as well as a kinder neighborly Rain (Rodriguez)…they’re the only two survivors of that particular test. 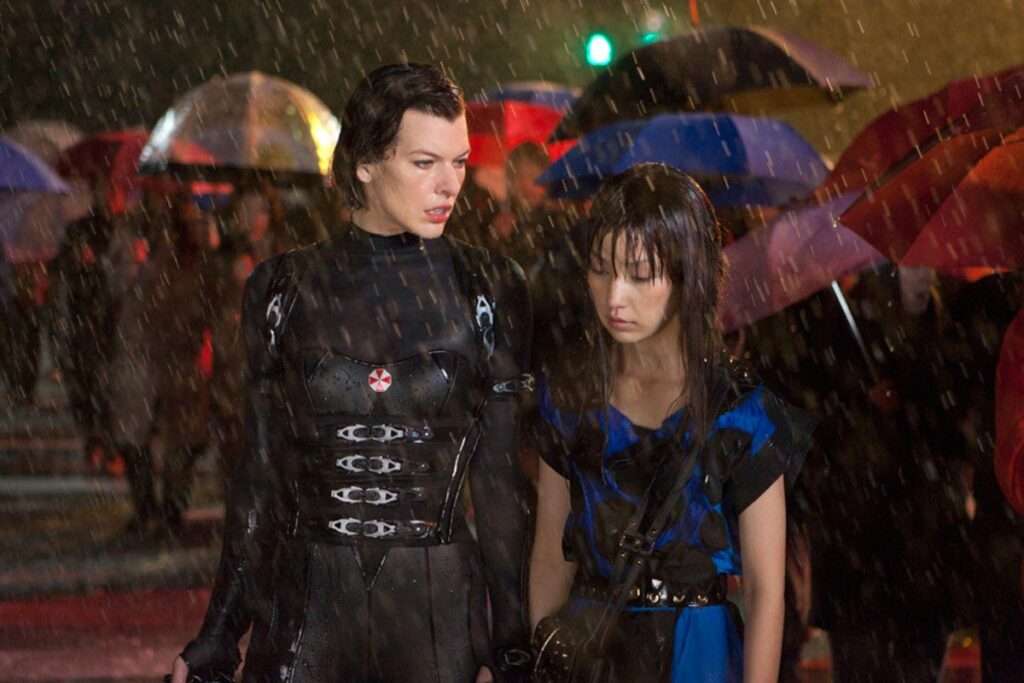 Alice breaks out, thanks to Ada Wong (BRILLIANTLY well portrayed by Li Bingbing and her original VA, Sallly Cahill, dubbing over) working for Wesker (who is still alive) and Alice is given the situation. The Red Queen has gone insane and wants to wipe out all humanity! Ada’s team, which include Luther (the celebrity from the last movie), Leon Kennedy, and Barry Burton…Leon is handled very well and Barry…is close enough. It’s a race to get Alice out of there and blow the place up. 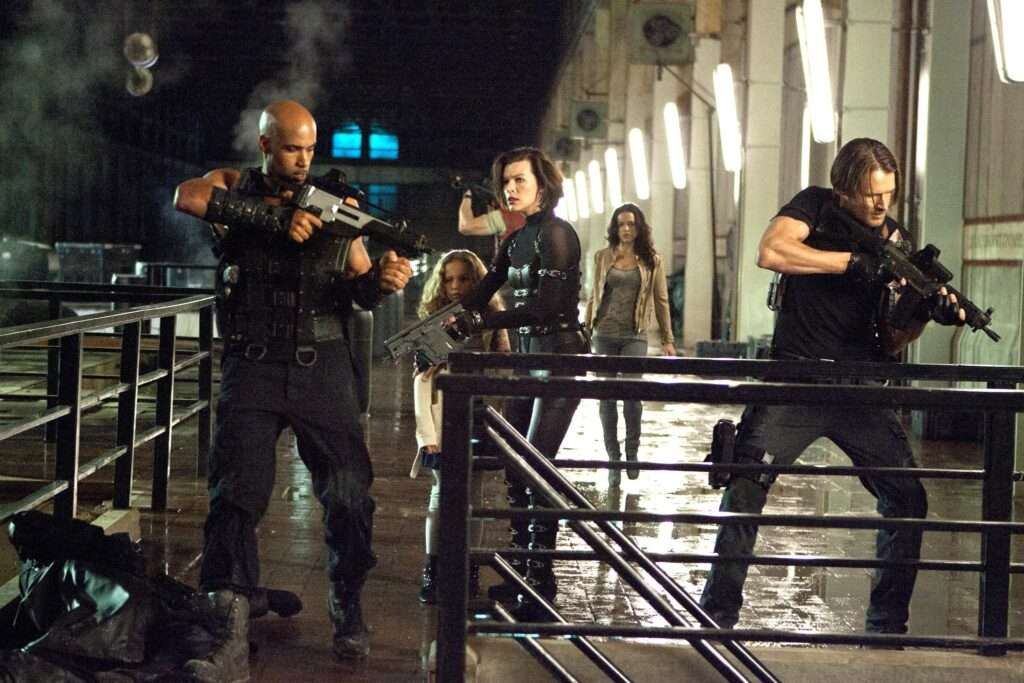 Along the way they meet up with Becky, the Homemaker Alice’s daughter, and Good Rain…as well as a VERY evil Rain as well. Becky is so adorable and is practically the Newt to Alice’s Ripley. Then they make their way to the exit, Barry sacrifices himself, and they have a final confrontation with Jill and evil Rain. Jill is freed, Rain is killed, and they get away to meet up with Wesker at the white house to prepare for an epic final showdown!

We got great action, great characterizations, and a great set up for the ending! This movie took the incoherent plots up until this point and simplified them! This movie was damn good!…It’s such a shame that the next movie makes it all for nothing… enjoy the discussion.