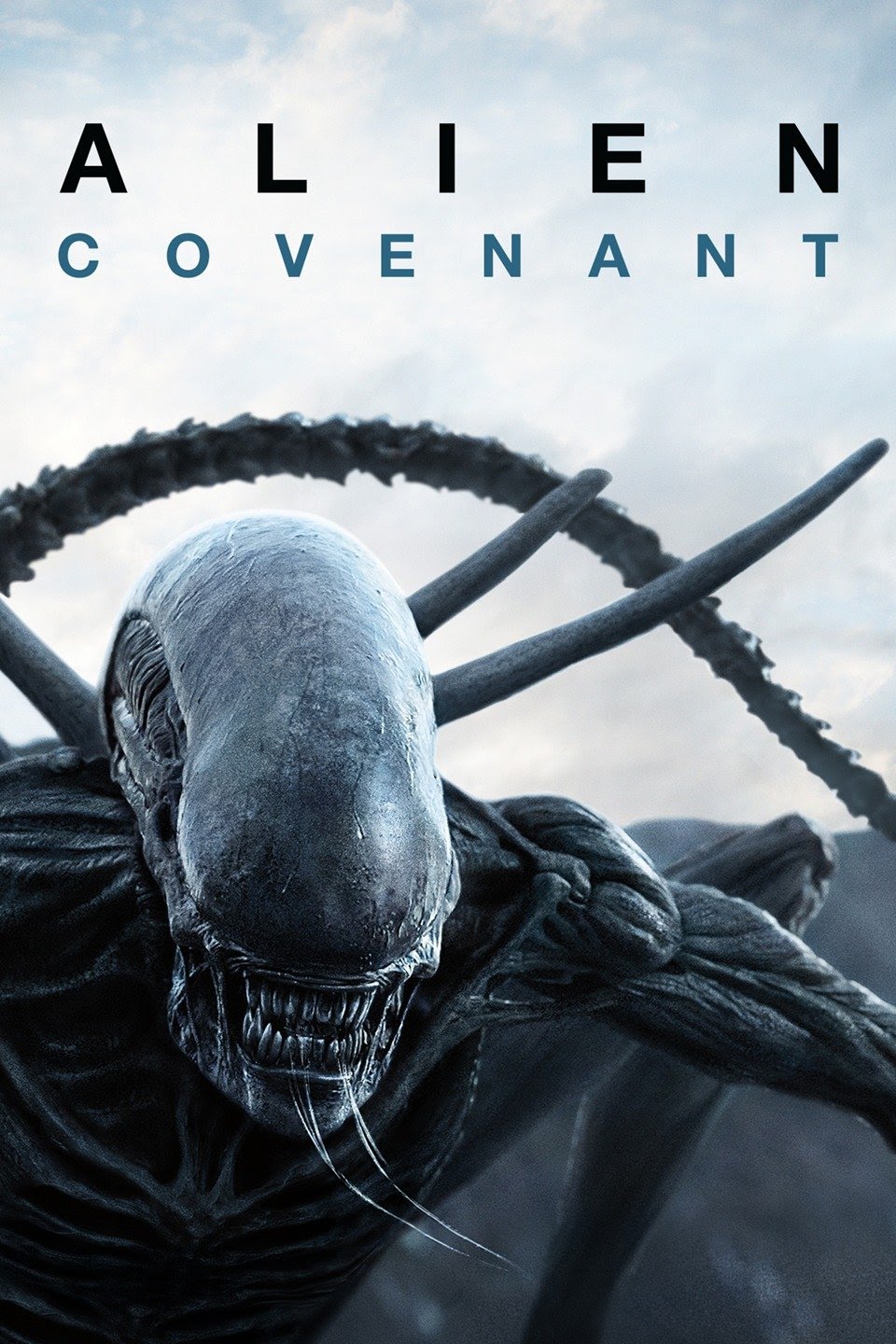 #4 in my Ranking of the Alien Franchise.

This feels like two movies in one. One is fine, technically proficient, and somewhat effective. The other I love.

Ridley Scott was caught in a bit of a bind after Prometheus. A lot of people weren’t happy with what he had done, how it was only tenuously connected to the Alien universe, but he was far more drawn by the ideas of AI as antagonists rather than the xenomorphs of the given universe. What was he to do with a sequel to the reasonably financially successful Prometheus? Well, he seems to have found some kind of middle ground. I think the two sides clash a bit, and one is obviously better than the other. Still, as a whole, I feel like it comes out as reasonably good.

Ten years after the Prometheus disappeared, the colonization ship Covenant is traveling to a distant system. While opening solar sails for a power charge (the science…let’s just go with it), they’re hit by a solar flare causing damage and requiring the waking of the crew. As they address the ship’s damage, they discover a message with human origins coming from a nearby system. They investigate and find human vegetation. Two of the landing crew are infected with a virus that gestates an alien creature inside them that expels an early form of the xenomorph (called the neomorph according to the credits) from different parts of their bodies (the back for one and the mouth for the other). The rest of the crew gets stranded when their lander explodes, kill one of the neomorphs, and get rescued by David, the android from the previous film. 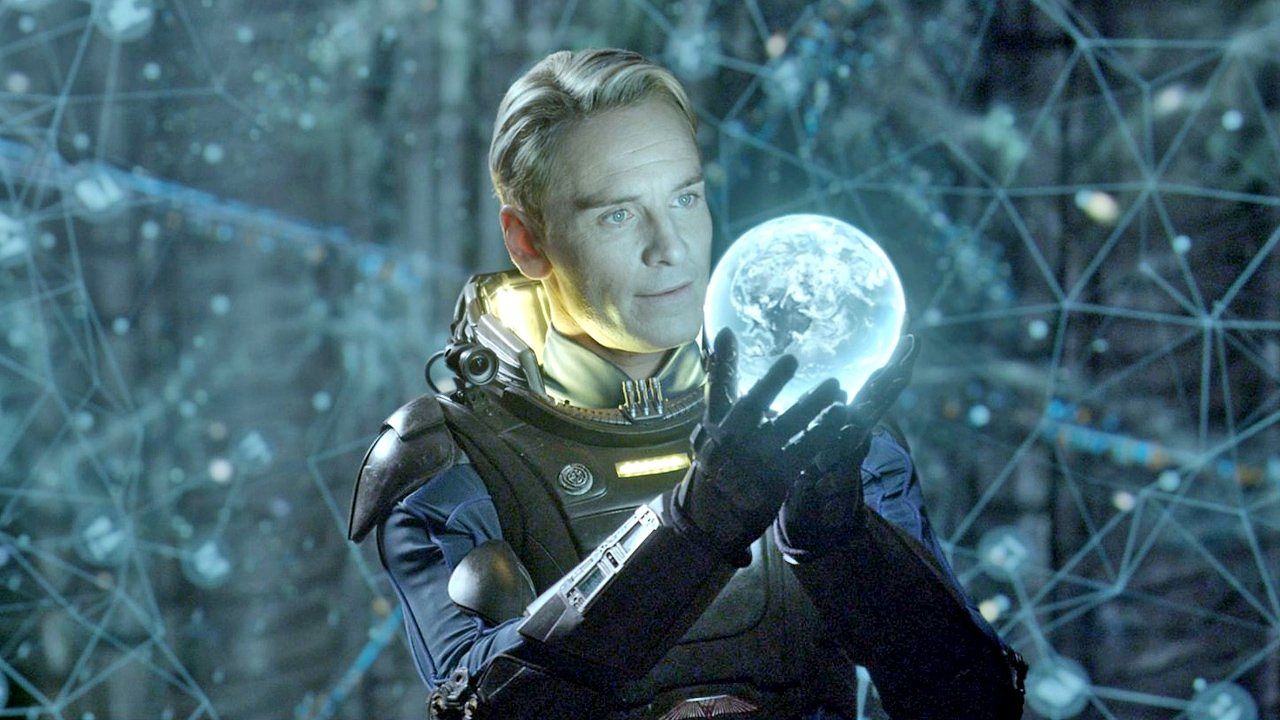 It’s here that the movie picks up on something that was touched on in the previous film. David himself talked about children all wanting to kill their parents. He was concerned with his role as creation, and here he is as the go between in terms of creator and creation. He’s been alone for ten years, experimenting with the weapon the Engineers had created after having wiped out the entire civilization of Engineers on the planet with that very same weapon. He’s reached a point where he can’t go any further because his experiments have wiped out all of the meat on the planet. And here come a group of humans. David, the mad scientist, finally has his final piece to complete his work, the perfect lifeform, the xenomorph. 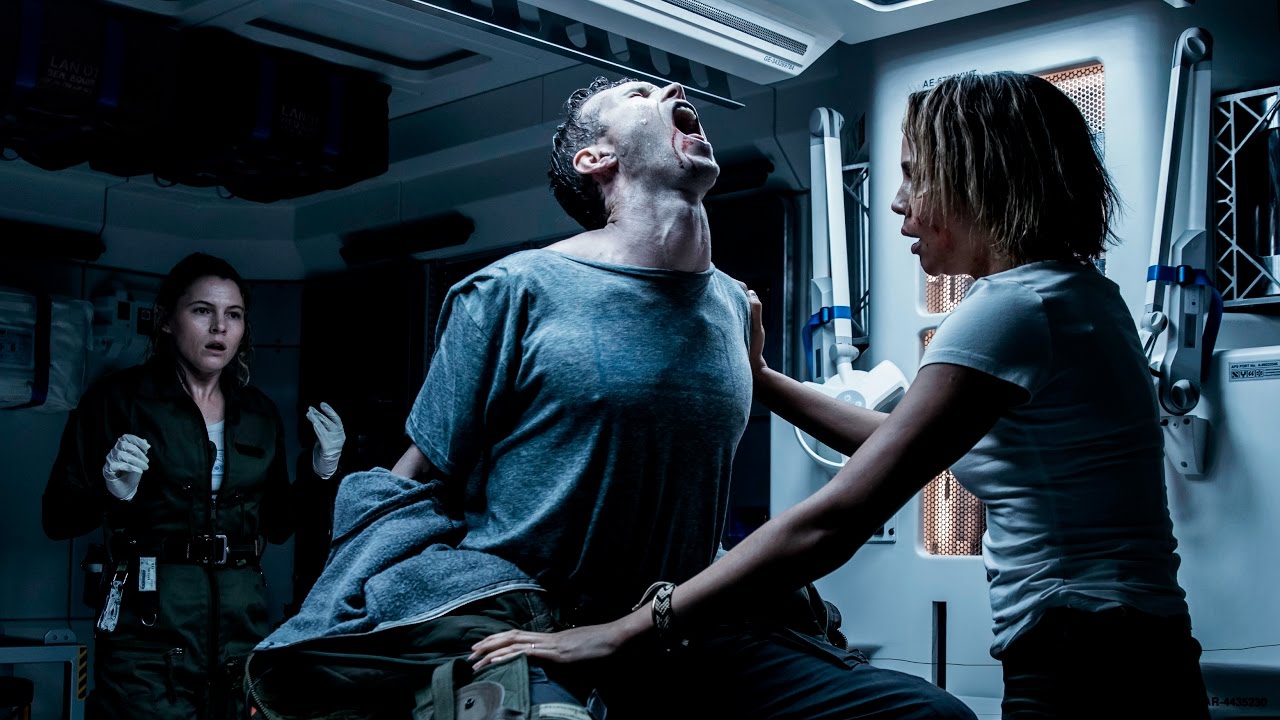 One reason David’s so great in this is his counterpart, Walter, a more up to date model of the David android with certain advances. David is creative and uses that creativity to find perfection. Walter is more like a robot and a servant to humanity. David is rebelling against his creator, and Walter is content to follow his creator’s designs. David rebels by creating the perfect organism designed to destroy David’s creator while Walter stands as an impediment to David’s designs. This all get revealed over the course of a few wonderful scenes between Walter and David. It’s Michael Fassbender playing off of himself and it works so incredibly well.

David’s revelation of madness is great to behold overall. His isolation and murder of Elizabeth Shaw (along with a cover story that includes a grave marker for when any human found him) created a psychopath of incredible intellect, vision, and ruthlessness. He’s such a fantastic antagonist, and the inclusion of the xenomorph in his plans overall is great.

The problem, though, is that after a certain point the xenomorph stops being an extension of David’s plan and instead becomes its own, lesser thrilling source of antagonism. David unleashing the facehugger on Oram, the captain of the Covenant, is great. The xenomorph rising from the captain’s body is great. The chase scene that follows is very good (though the alien works better in shadows like the first Alien than in the light like here). Then, the movie comes to a stop before restarting again with another xenomorph after the survivors have made it back to the Covenant and we get a quick and dirty 20 minute short version of the original Alien. It’s fine from a technical standpoint. The geography is clear and the big scene in the terraforming hangar is great to look at, but it’s after the fact, expendable, and just kind of extra to the whole thing. It could be cut completely and it would be hard to notice the few remaining crew members that had died in that scene missing from the rest of the film.

And that encapsulates my overall feeling of the movie. David’s fantastic and carries a large chunk of the film, but a lot of the horror stuff feels almost pasted on. None of it is bad, which helps things overall, but if just feels like another movie comes in and takes over for minutes at a time. It’s an uneven experience that, I think, works well enough overall.