If someone had told me that a movie about a real life character who was kind of Robin Hood in a kilt, directed by the guy behind Doc Hollywood and Basic Instinct II was one of the best pictures of 1995, my response would have been as follows:

You Gotta Be Fucking Kidding......

Duke of Argyll (Andrew Keir): So, Mr. Cunningham, what are these principle sins that distress your mother? Dice? Drink? Or are you a buggerer of boys?

Archibald Cunningham (Tim Roth): It is years, Your Grace, since I buggered a boy… And in my own defence, I must add, I thought him a girl at the moment of entry.

Duke of Argyll: [laughs] Do you hear that, Will?

Young Cunningham here was unable to tell arse from quim. What say you to that?

Will Guthrie (Gilbert Martin): I’ve heard that many Englishmen have that same difficulty.

No surprise in terms of the hugely underrated Sharp, who was also responsible for the very excellent scripts for Ulzana’s Raid (1972), Night Moves (1975) and My Talks With Dean Spanley (2008).

And of course the film boasts a cast to die for, including Liam Neeson as the titular Rob Roy, Tim Roth, Jessica Lange, John Hurt, Brian Cox and Andrew Keir. Back to the movie – plotwise, Highland leader Rob is cheated out a loan from John Hurt’s deeply unlikable Marquis of Montrose and is forced to go on the run whilst at the same time seeking to clear his name. 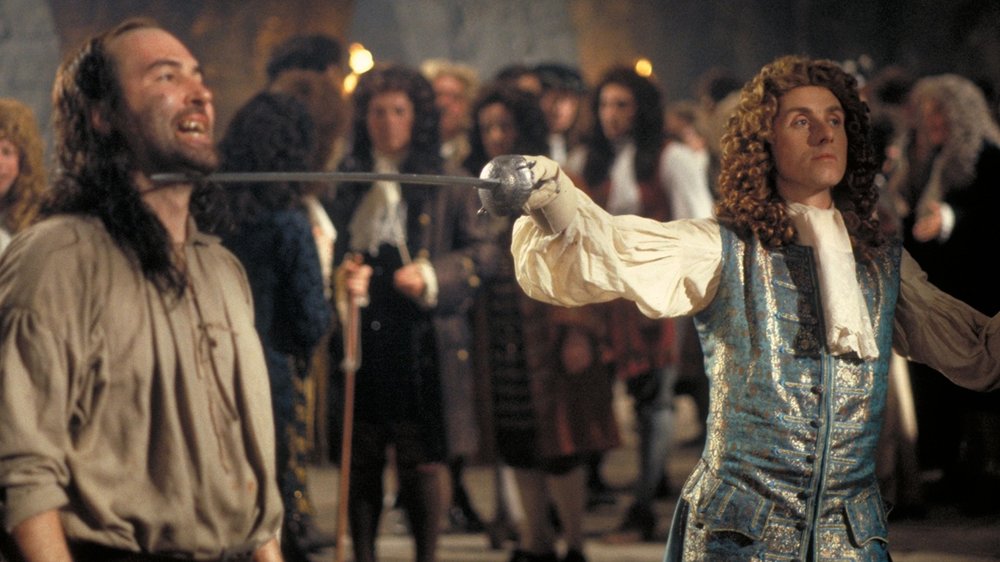 Things then go from bad to worse. Roth is particularly good as Montrose’s protege (and probable bastard son) the swordsman Archie Cunningham, whilst Brian Cox is truly slimy as the Marquis’ factor (estate manager) Killearn.

There are so many great (and quite naughty) lines in the movie – here’s a selection of my favorites:

A wee whiff of quim in the morning
Love is a dung hill.

And a brutally realistic final duel between Cunningham and an injured Rob:

‘Bye the noo, see ye after’