‘Midway’ Remake is an Incredible Tribute to the Greatest Generation

Forty-three years ago my parents took me to see Midway at a then-modern one-theater cinema which had “Sensurround.” That “Sensurround” was basically the theater cranking its speakers up to number 11 (or higher).

For the 1976 all-star film about the US Navy’s improbable World War II victory over the Japanese near the island of the film’s name, the effect worked perfectly: Planes taking off aircraft carrier flight decks, anti-aircraft guns burping steel into the sky, ships getting blasted by bombs and torpedoes … my ears rang for a couple of days after! 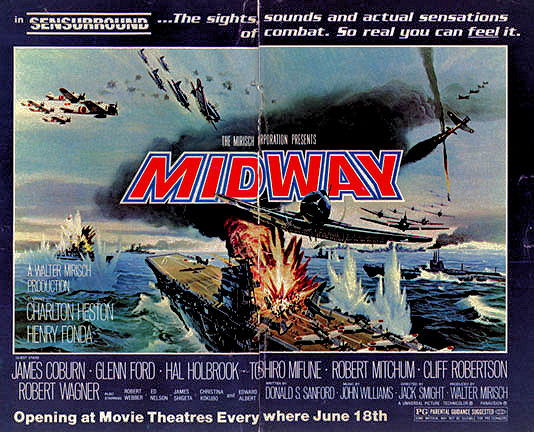 Of course, “Sensurround” was a gimmick, and in this case it made up for creating a flick filled with a lot of (authentic) archival air dogfight footage.

The original features Henry Fonda, James Coburn, Charlton Heston, Robert Mitchum, Robert Wagner, Toshiro Mifune, and Pat Morita. Aside from the battle itself, it centers on Heston’s relationship with his son (played by Edward Albert) who’s involved with a Japanese woman. The woman has been interned with her parents, and Heston finagles a way to get her and her family leniency. All three of these characters are fictitious, however.

The film also highlights the tit-for-tat adventures of American and Japanese spy planes — who will spot whose fleet first? Thankfully, a bad transmitter in one of the Japanese planes prevented our fleet’s position from being revealed … until it was too late.

The current version delves a bit deeper into the history which led up to the momentous battle: Japan warning the US in the late 1930s not to halt oil shipments to the country, and quite a bit of screen time is spent on the Pearl Harbor attack. This time, a real Naval officer is one of the centers of the film: pilot Richard Best played by Ed Skrein. The other is Edwin Layton (played by Patrick Wilson), the Naval attaché in Japan who gets the Empire’s oil warning, and later the chief intelligence officer for the entire Pacific Fleet. James Doolittle’s (Aaron Eckhart) raid on the Japanese homeland is also shown, along with the cadre of Chinese who assisted him and his men escape the Japanese after they had to ditch their planes into occupied Chinese territory.

The film also features other nuggets not included in the original: The USS Nautilus submarine assisting the climactic battle, and one disturbing-yet-satisfying scene where the crew of a downed US plane is rescued by a Japanese destroyer. 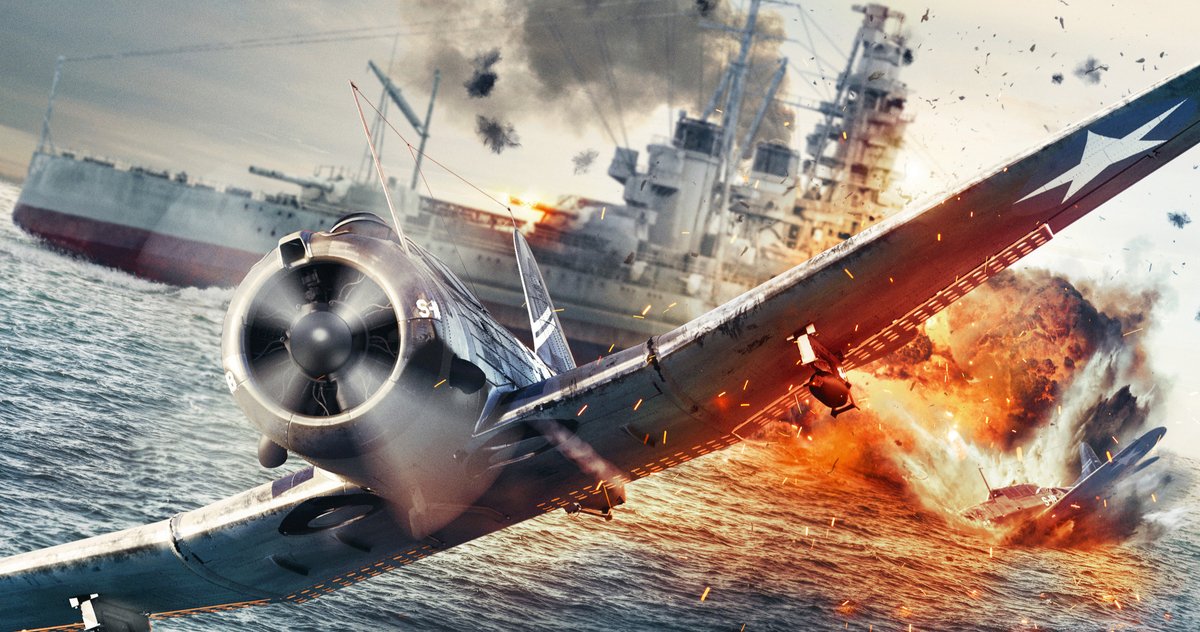 In an age where political correctness has destroyed good cinema, Midway is a welcome respite. It makes no attempts to gloss over Japanese atrocities; in fact, it highlights them a lot more than the 1976 version ever did. At the film’s end when brief biographies of the main characters were shown, the Chinese man who spoke English and had helped Doolittle is shown imprisoned by the Japanese — his captors had discovered the cigarette lighter Doolittle had given him as a token of thanks. He now faced a brutal death. A graphic noted the Japanese had slaughtered a quarter of a million Chinese for assisting Doolittle and his squadron. 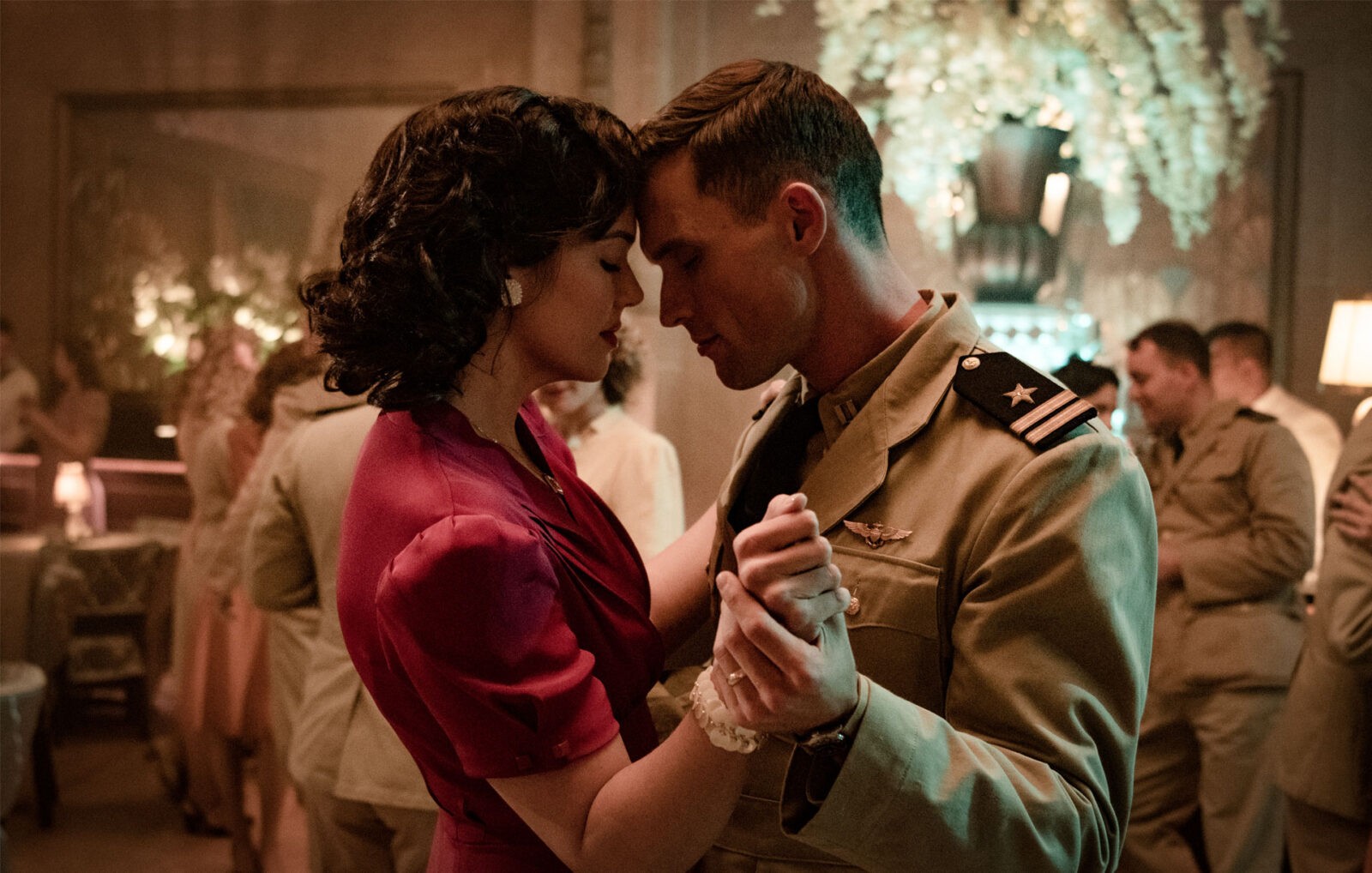 As you watch the young pilots like Best and company flying through massive flak to make their bomb runs and evading Japanese Zeroes, ask yourself if you could ever have done that. There’s a reason theirs is called the “Greatest Generation”: It’s because it is. It’s no hyperbole to say that its members literally saved the planet.  We’ll never see another like it. 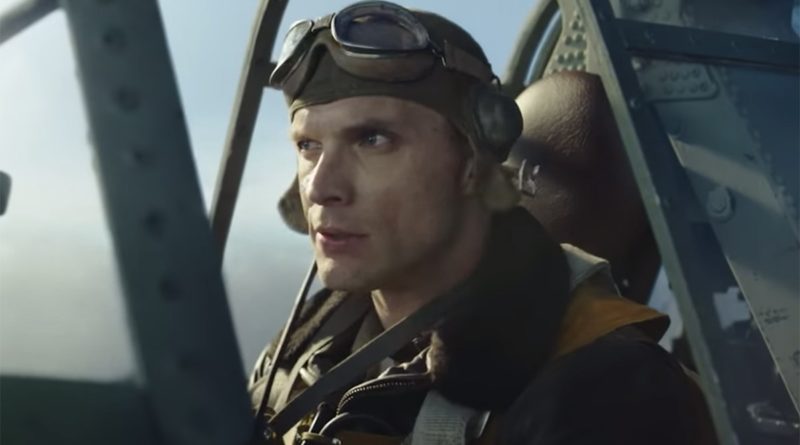 If you ever happen to bump into someone from the Greatest Generation, especially a veteran, I encourage you to give him a moment of your time … if only to offer a simple “thank you.”