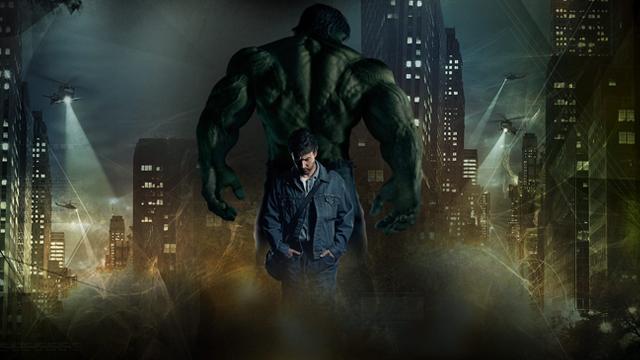 So, this is the bastard child of the Marvel Cinematic Universe, huh? I cannot say that I’m terribly surprised.

This movie was a slog. It was a series of miscalculations, unsupported emotional moments, and poorly framed action, all while being arranged without anything really resembling dramatic structure. Let’s take an early scene that works as a wonderful microcosm of the film’s overall issues.

Bruce Banner has been hiding in Brazil for some time. Through a series of very quick shots in the opening credits, we get the very basics of the story that Banner is the Hulk, he went nuts, nearly killed his girlfriend, and his girlfriend’s father (General Ross) is a military man who almost died defending her life. Banner gets found out and tracked down by General Ross in the middle of the night.

The way the scene plays out is that Bruce is alone in his little living space when he feels the presence of some soldiers just outside. He manages to escape down the side of the building and begins to run. As he twists and turns through the byzantine streets with the soldiers in hot pursuit, he accidentally runs into some guy he had a brief and unpleasant interaction with earlier. That guy brings his buddies along to then chase Banner. They end up at the factory that Banner works at where he finally becomes the Hulk, and fights off the locals and then the soldiers. 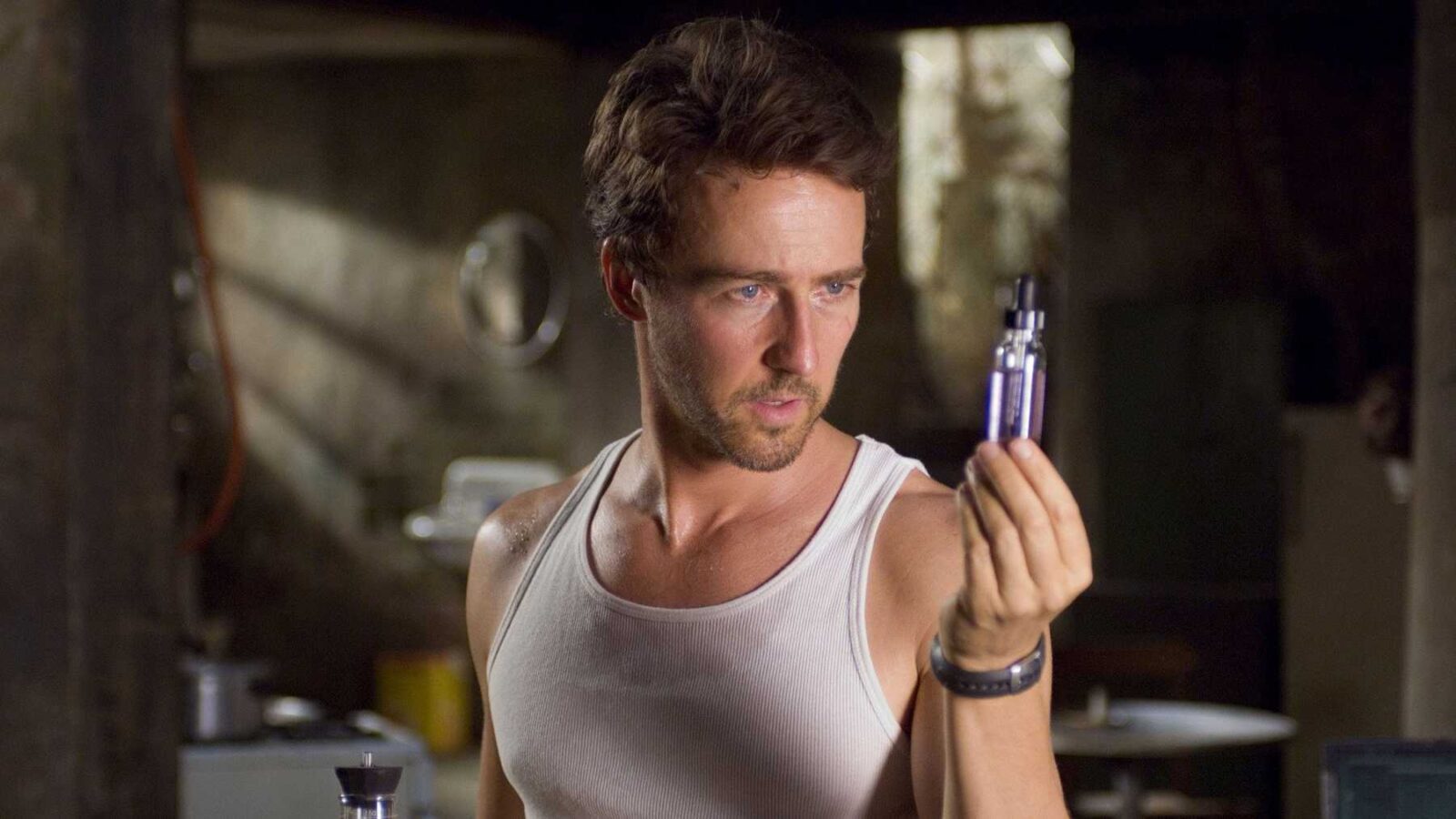 What’s wrong with that scene? The stakes of the action seesaw back and forth from Banner being pursued by trained killers to him being chased by some local thugs to Hulk taking out the thugs and then the soldiers. It’s in the wrong order. “This is how the movie is upping the stakes?” With just the slightest bit of consideration, that whole sequence should have been rearranged so that it begins with the local thugs, escalates to the soldiers, and then the Hulk comes out. As it is, it’s confusing at best but mostly just frustrating. 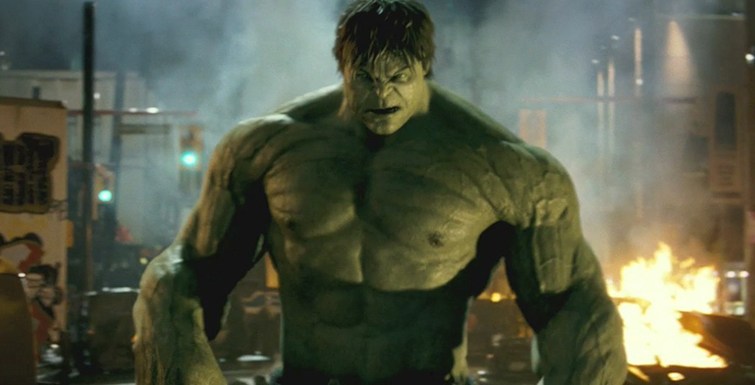 One of the things about franchise films is that they develop a certain shorthand about characters that allow for audiences to follow without requiring a lot of catchup from the previous movie. The problem with that approach regarding the characters in The Incredible Hulk is that this isn’t a sequel. There had been Hulk by Ang Lee a few years before, but this is obviously not a follow up to that (aside from the character names, there’s nothing that carries from the previous film to this one). So, when Betty Ross has a big emotional moment as she sees Bruce for the first time in years, it falls extremely flat. Yes, this is the man who was her boyfriend a few years ago, but aside from some very brief shots of her in the opening credits, we’ve never seen the two characters together before. We don’t have a good feeling about their relationship, so as Betty immediately walks away from the man that’s supposedly her current flame at the drop of a hat that audience isn’t along with that decision. They don’t understand the emotional particulars that would lead this specific woman to make this specific choice. It feels random instead of touching. 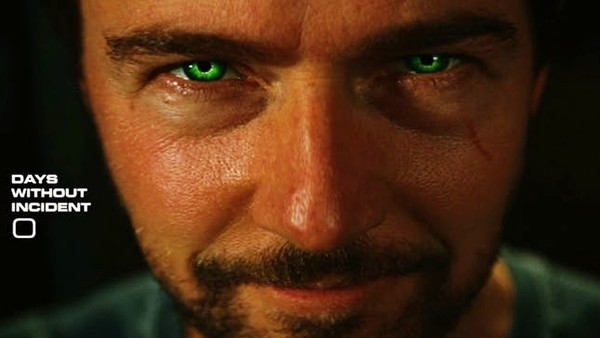 That interaction happens when Banner begs his way up through Brazil and Central America into Virginia (in 17 whole days) and he heads for Culver University where Betty works. He shows up to find the data she should have stored in order to help him find a cure. They meet, she gives him the data in a flash drive, and then the military shows up again. We then get one of the most incomprehensible action scenes I’ve seen in modern movies. For being an action director Louis Leterrier is surprisingly bad at directing action. The basic geography of where people are never really gets established and it seems to change from shot to shot. Humvees appear out of nowhere, the Hulk moves all around the open field without any real explanation. Yeah, there are some cool shots here and there, but they’re unmoored from anything relatable or intelligible.

There are antagonists as well. The first is General Ross, but he’s caught somewhere between a bad guy and a good guy. His stated objectives of wanting to essentially dissect Banner are bad, but the movie obviously doesn’t want the audience to consider him that bad. His objectives get brushed under the rug and largely forgotten about because of the second antagonist, Emil Bronsky. Bronsky is a military man (with an unnecessarily complicated backstory that seems designed to justify the last name and Tim Roth’s cockney accent). His pride gets wounded by the fact that a giant monster beat him in a fight, and he must take it out. Ross gives him some sort of super serum that turns him into a super soldier, and then he later gets…something else that turns him into another Hulk-like monster called Abomination. Then we get a giant CGI fight between two CGI monsters that is as uncompelling as Betty Ross’s entire storyline.

This film is poorly made, terribly written, and a bit of a complete disaster. The MCU really didn’t start very well, did it?