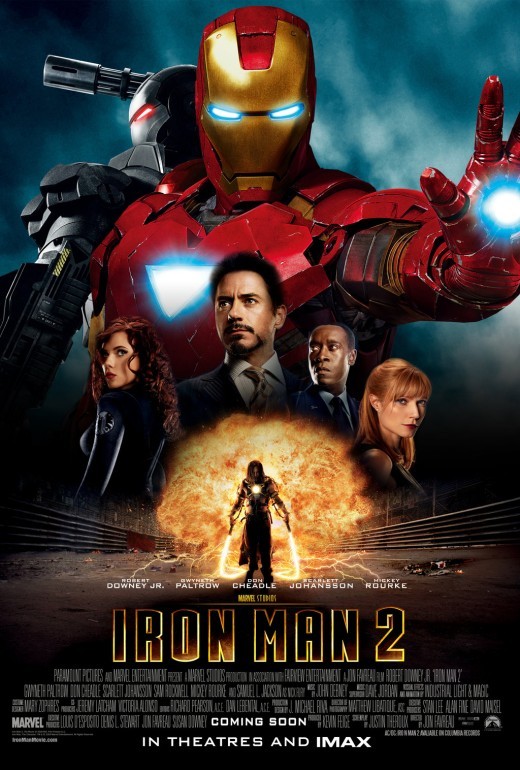 #19 in my Ranking of The MCU Phases 1-3. Only slightly better than The Incredible Hulk.

What, exactly, is the story here?

Tony dealing with death? Vanko exacting revenge for his father’s death? Tony figuring out how to operate alongside the United States military? This film is just so jam packed full of stuff that nothing ever develops, everything fights with everything else for screen time, and all we really get is a jumbled experience.

In the wake of Tony Stark revealing himself to the world to be Iron Man, Ivan Vanko is by his father’s deathbed in Russia. Papa Vanko had once worked with Tony’s father to develop the Arc Reactor (the big version of the shiny thing in Tony’s chest) before being deported back to Russia. Driven by revenge, Vanko replicates the miniature arc reactor (that apparently only he and Tony can create) in his crappy Russian living space and disappears for half an hour. Meanwhile, Tony is dealing with mystery disease that’s tied to his chest piece and poisoning his blood somehow. This will drive Tony and his motives for about half the movie when it will magically get cured and never mentioned again. He’s running an Expo, or something, which allows him to be a rich eccentric and go to Monaco where he will drive a Formula 1 car in the Gran Prix. It is here that Vanko reveals his Iron Man inspired whips and nearly kills Tony before promptly getting captured by police.

Justin Hammer, the CEO of a competitor to Stark Industries for defense contracts (does Stark still supply the military or not?), frees Vanko from prison because he is an idiot who thinks he can control a maniac who walked onto the tracks of a Formula 1 race and used electrified whips to try and kill Tony Stark. He tasks Vanko with creating Hammer version of the Iron Man suit. Vanko doesn’t do this and instead creates drones. Hammer, who is an idiot, decides that this is cool after a quick freak out that means nothing. 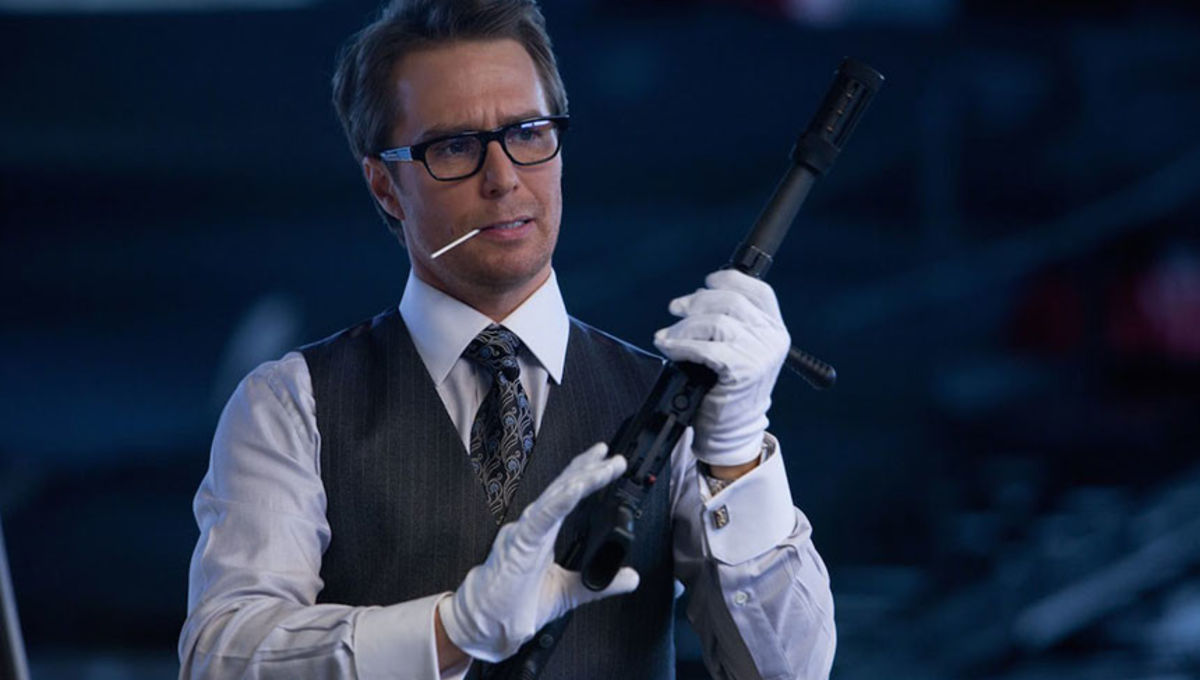 Tony, meanwhile, is suffering from his magical disease and breaking down emotionally. This is easily the best part of the movie. It’s almost, at most, 30 minutes long in a 2-hour film. The reasons for his disease are ill-defined and the resolution is pure cheating, but Tony’s descent into despair works. He’s on top of the world on the outside, but he’s hiding his decline from everyone. It’s eating him up and he become increasingly self-destructive to the point that he dons his Iron Man suit at his birthday party and gets into a fight with his best friend Rhodey who stole another Iron Man suit for the conflict (why Tony keeps power supplies in the suits when they actually go in his chest I do not know). Nick Fury shows up, gives Tony a “temporary” cure to his disease that wipes away the disease instantly before Tony creates an impossible new element in a scene even more ridiculous than the similar scene in the first film where he made an arc reactor in a cave. Welp! He’s not dying anymore! That’s story’s done! And the movie goes on for another 40 minutes. 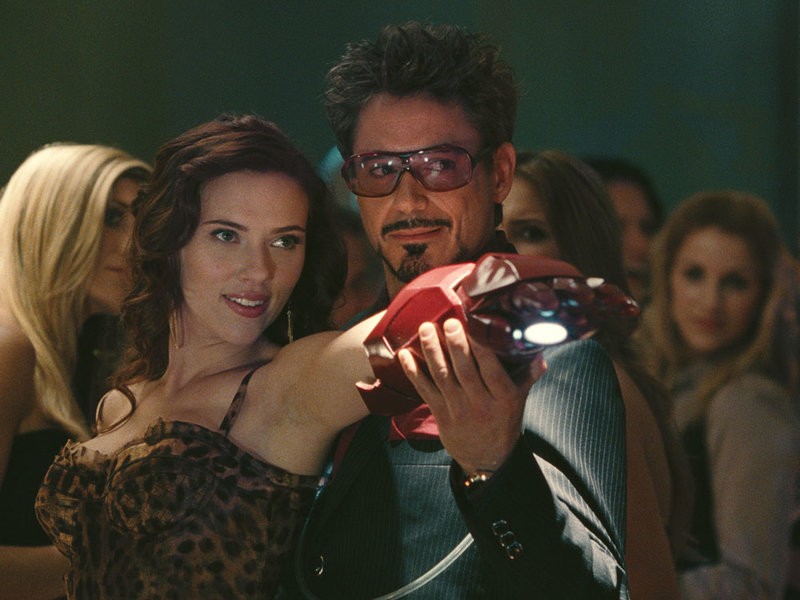 This is all setup for the final confrontation at Tony’s Expo where Hammer reveals the drones, they promptly go on the rampage Hammer couldn’t predict (because he is an idiot), and both Tony and Rhodey work to fight them. The actions scenes in general are well filmed and executed well, but much like Tony’s central story, they are unmoored from the rest of the film. They’re unrelated to Tony’s actual story and the rest of the film around them. 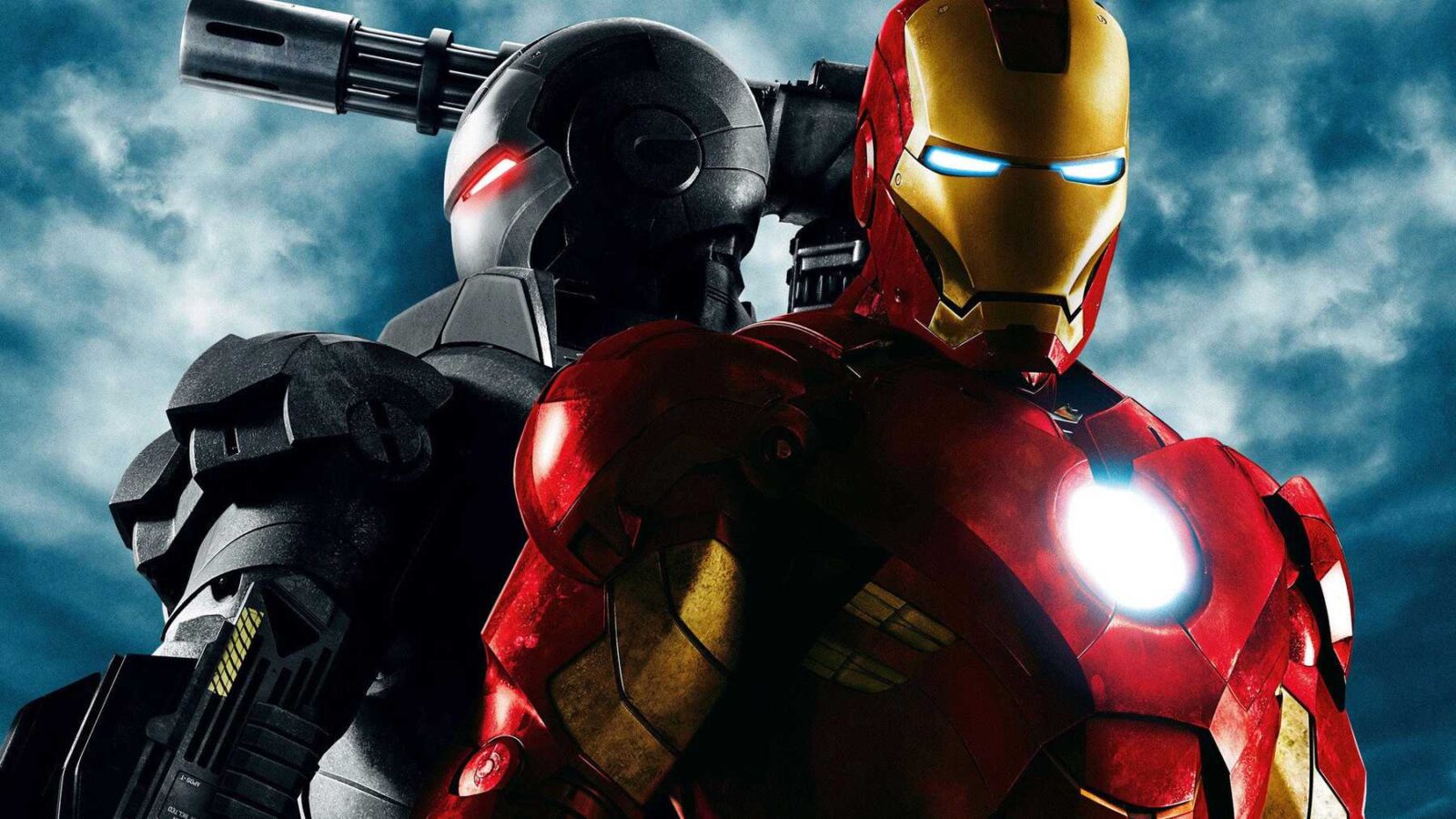 Downey Jr. is just as winning as Tony Stark as before, but the movie around him is even more of a mess than the first. The rest of the cast is fine, with a special nod to Sam Rockwell as Hammer who plays an idiot really well. Overall, though, the film is a disaster. Too muddled and filled with unrelated stuff, it never figures out how to tell any of its stories well. It’s a mess.