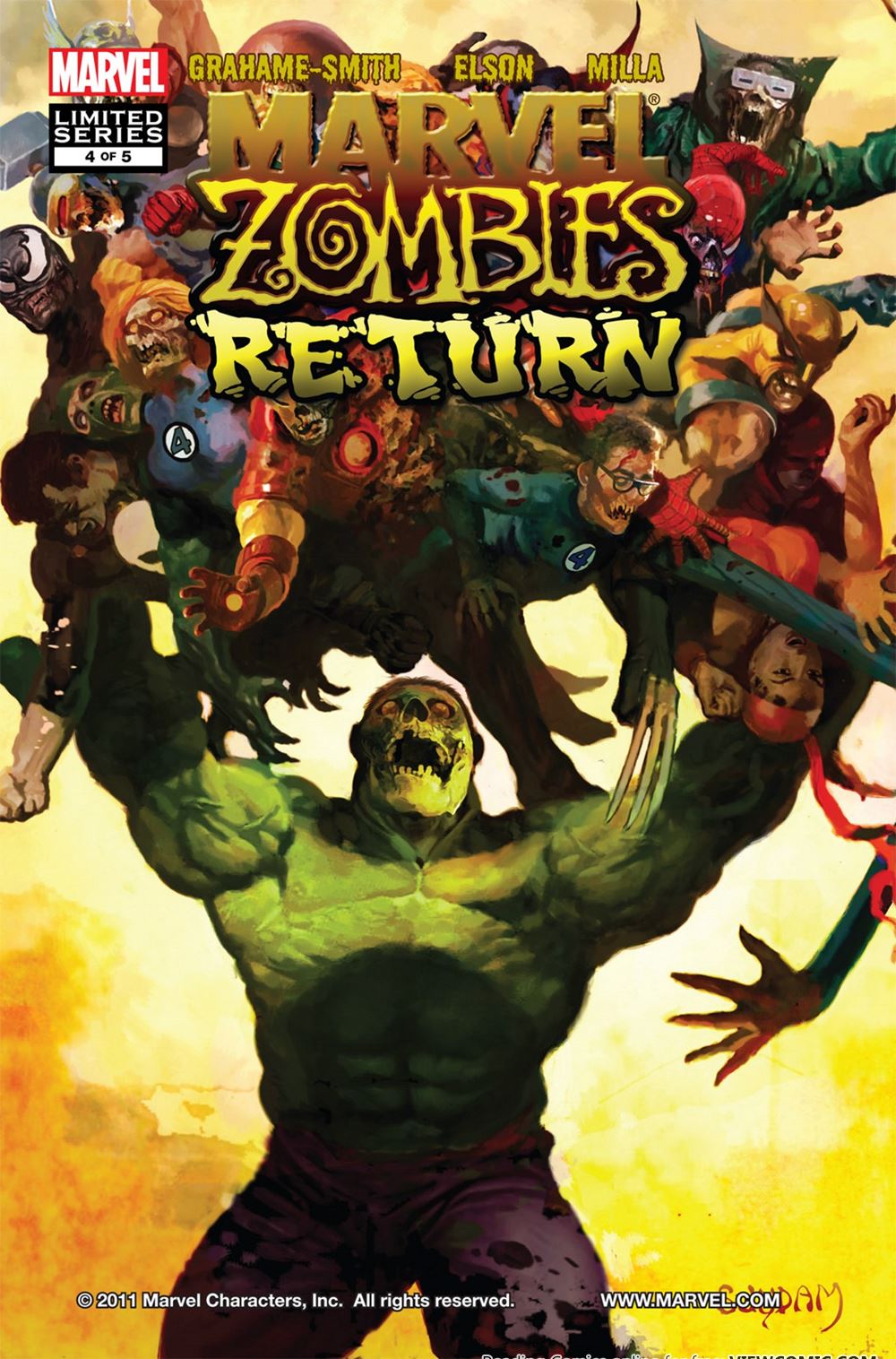 Well guys we finally find out what happened to the remaining Marvel Zombies after the events of MZ2! Just where did those flesh-eaters disappear to after they were teleported into oblivion? And will they still control the hunger?

The answers are…Another Earth and a resounding No! Focusing mainly on the affects Spidey and Giant Man have on this new universe, starting from the Early Spider adventure the Lifeline Tablet, all the way up to modern day we find out how much they scan screw things up! 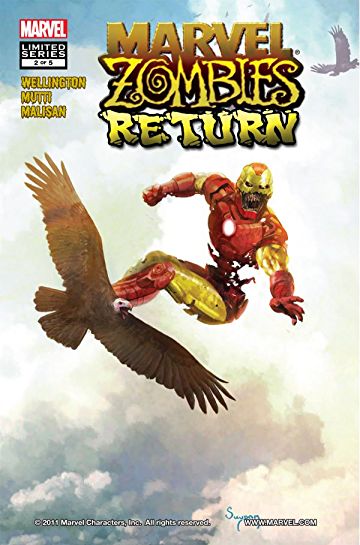 Sadly the remaining Marvel Zombie heroes were either ignored/forgotten in the case of Colonel America in T’Challa’s son’s body…or just unceremoniously taken out between issues like the others. But that being said how is this last story of the hunger gospel handled? 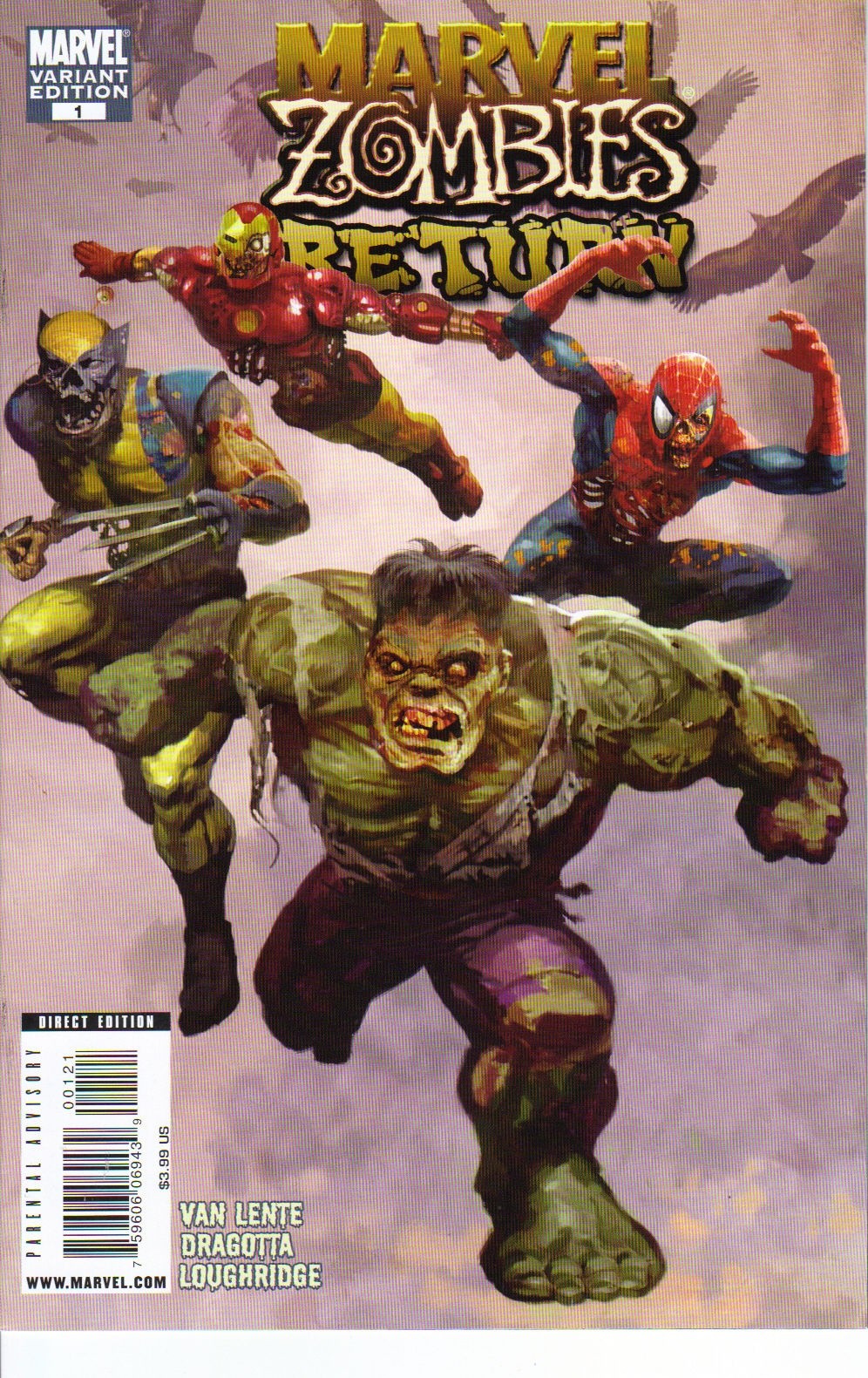 Pretty well actually! Fred Van Lente isn’t alone as he has three other writers joining in, each issue focusing on specific moments in Marvel History, the Lifeline Tablet, Demon in a bottle, Wolverine & Kitty, World War Hulk, etc etc. All accumulating with a final fight against the good zombies fighting against the Marvel Zombie Justice League…I am NOT joking!

Unlike the other series, the series consists of a number of one-shots and linked by two bookend issues written by Fred Van Lente. As Van Lente was committed to other writing assignments, Marvel invited three authors who have written books on zombies to contribute the other issues: David Wellington, Jonathan Maberry, and Seth Grahame-Smith.

Everything ends with an epic finale as we finally…FINALLY…get the cause of the Zombie infection! And it’s…clever but one could see it as anti-climactic too.

Either way, come see the grand finale of the Hunger Gospel Zombies…but wait we still have more Marvel Zombies stories to go over…what the heck?