Well guys…this is it. The Last Marvel Zombies mini…wait…we still got more? 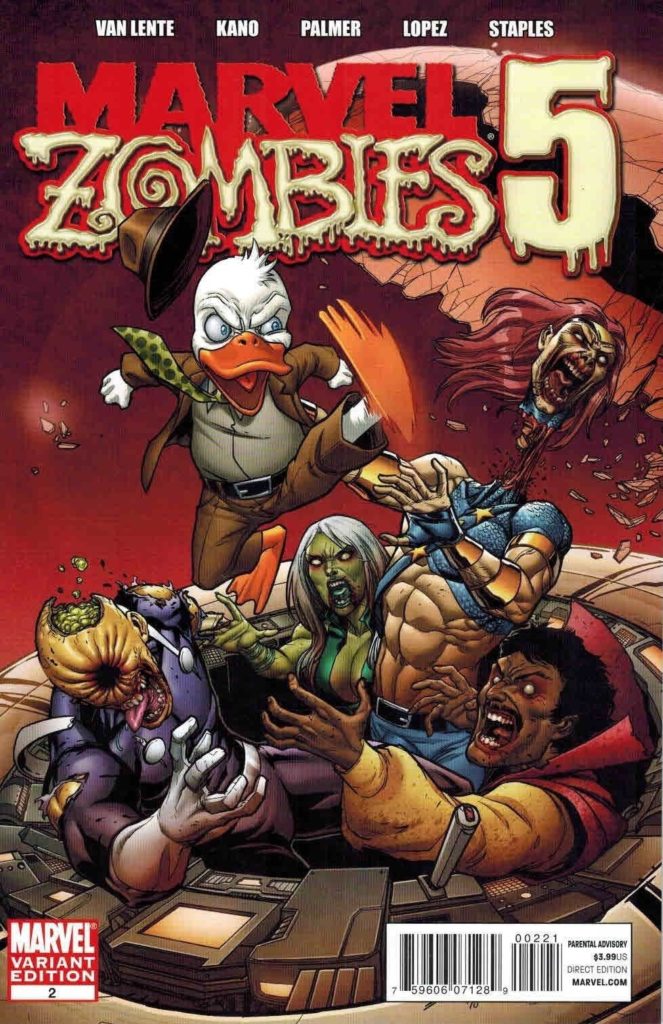 Well, alright then, it’s actually the last numerical Marvel Zombies mini. With number 5, we get to some still lingering plot threads from Marvel Zombies 3 and 4 – such as Machine Man’s relationship with Jocasta, and Morbius finding a cure, plus some Howard the Duck! We’re also introduced to a new character named Swift Cloud, who is the daughter of an alternate version of western villain ‘the Hurricane’! The three of them lead the adventure, hopping to different universes to find five different Zombie types.

This is basically a tour de force that will close out Fred Van Lente’s regular run of Marvel Zombies (save for a single one shot in the future) and this is just plain fun, until it sadly peters out at the very end. Overall, however it’s still a great send off!