Well after all these side dishes, it’s back to the main course as we dive into Marvel Zombies 2, a five-issue limited series published from October 2007 – February 2008 . The series was written by Robert Kirkman with art by Sean Phillips and Arthur Suydam. 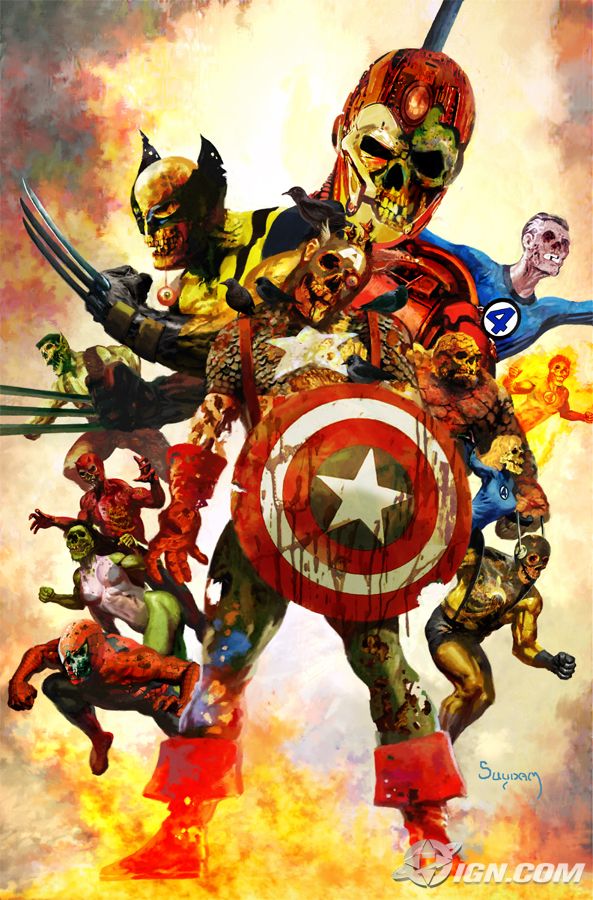 Set decades after the original, the zombies have eaten the entire universe! No joke, all life has been devoured! Now with nothing else to eat, they finally realize that Tony Stark made a dimensional portal back in Dead Days. Maybe they can repeat Zombie Reed Richards idea of going to other universes!

Meanwhile on earth, T’Challa is trying to keep the little community they’ve formed going but it’s clear it’s barely holding on, especially with Cortez’s son Malcolm wanting to usurp the throne for himself. After an assassination attempt, T’Challa is forced to be zombified by the Wasp to save him. Not long after the two are able to hold off the hunger to be safe, the Cosmic zombies show up! And when they do, Spidey and Luke Cage reveal they are fed up, they don’t feel the hunger anymore and they join the humans to stop them! It’s Zombie Civil War!

Come and see how things all play out! But be forewarned…this story appears to be to the Marvel Zombies what Beneath the Planet of the Apes was to that franchise…an attempt to write everything into a corner to bring finality to it all! Yeah as we know, Kirkman wasn’t successful in that…but this story is still grand nonetheless.