The end of the DCYou portion of my ongoing “March of Deathstroke” retrospective is at hand today, as we wrap up Tony Daniel’s involvement with the title. His final, three part story deals with several loose ends from the first arc, and deftly leads into the last one.

Rose has been kidnapped and a message was left implying Harley Quinn is acting on her deal for Slade to kill Amanda Waller in exchange for her help in the first arc. So, Naturally, Slade areal drops down on Waller’s HQ and drops an EMP causing all sorts of insanity. 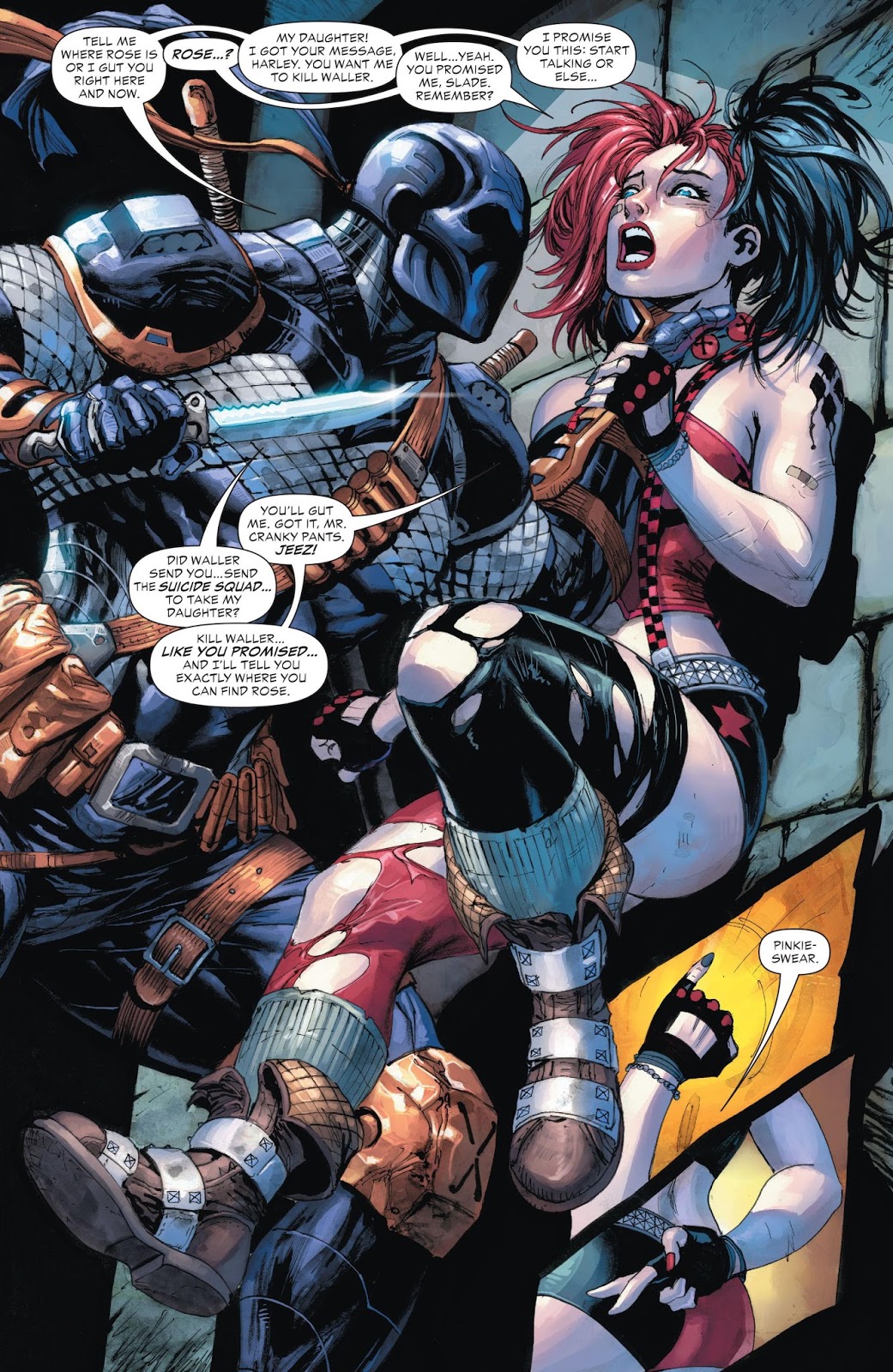 As per usual in this run, there’s a lot of action, a lot of fighting, a lot of cool art, but in the end, this arc was quite pointless. Neither Harley nor Waller had anything to do with Rose’s abduction, Harley had no clue what Slade was talking about when he confronted her so she just played along. But seriously, c’mon. Slade is NOT that Gullible!

We’re also introduced to another artist who will see us through the end along with Kirkham. It’s Paolo Pantalena who brings a very interesting style to the book. But overall, this arc was forgettable and so Tony Daniel leaves on a mediocre note. This arc is recommended only for completionists.