We enter the next phase of March of Deathstroke as we begin the DCYou era! Now keep in mind that both with this era and the DC Rebirth era, both will disregard everything that came before. Also technically this started BEFORE the DCYou brand but it’s close enough to divide things up for this retrospective

This run starts with Slade being ambushed and put through the wringer. By the end of issue 1, he is somehow restored to his youth (even regains his lost eye!) Why? Most likely because Manu Bennett was a younger man in Arrow and they wanted Synergy. 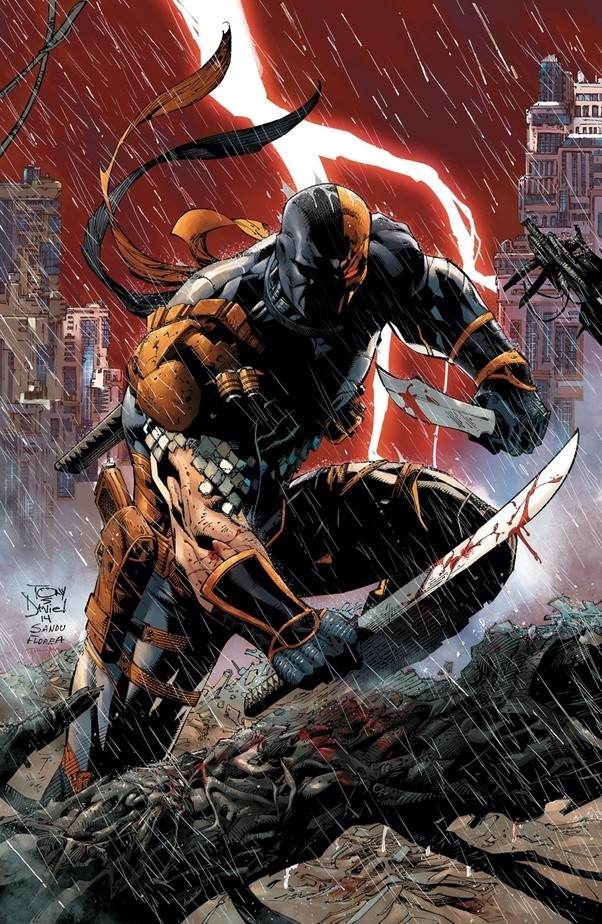 With his newly gained youth, Slade is sent on a mission to hunt down a figure named Odysseus who has abducted Jericho (he’s still alive) and Rose (who is trying to protect her brother) And Odysseus…is Slade’s father! Again further proof this disregards the prior run.

What transpires is a whole lot of action, a team up with Harley Quinn, a fight with Batman and a who lot of excuses to give Tony Daniel to draw the stuff he wants to draw…and seeing how he’s writing the thing it’s no surprise there.

The story drags on a bit too long for such a simple plot, Slade’s youth, while does lead to a bit of humor at the end of the arc (no one, not even his old man, thinks it’s really him) it’s superfluous to the entire story. Overall an interesting start to an interesting run…but there’s a reason an actual writer joins going forward.