After a bit of sick leave, I’m back to continue my March of Deathstroke retrospective as Justin Jordan closes out the Nu52 era of Slade Wilson.

A bit of context before going on. Just before starting on Deathstroke, Jordan had started the Nu52 incarnation of the Wildstorm team Team 7. He had planned a multi-arc story that would have lasted many issues. By the time he had completed the first arc the title was on the chopping block. Rather than leave plot threads hanging, he decided to condense everything into the final arc and leave most of the present day stuff that needed resolving for Deathstroke! But we’ll get back to that.

The first four issues are two parters that have Slade deal with 1) a warlord with advanced healing regeneration that makes him nigh unkillable. 2) A group of Ninja Assassins that were sent by his former Team 7 boss. 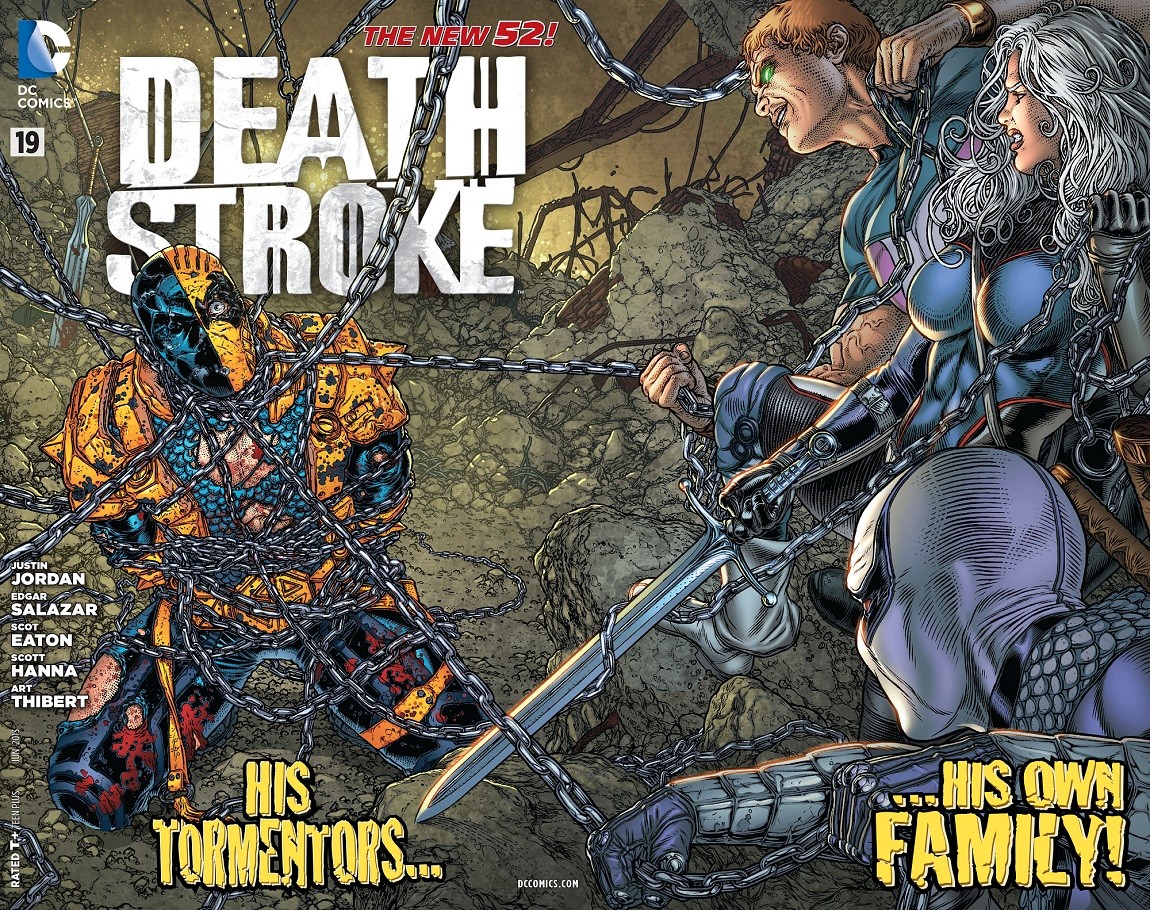 After those four issues, the final arc of Team 7, and especially the present day parts of #5, have Slade confront Lynch, the former Team 7 boss, and we find out that Majestic has returned! Majestic, traditionally, was Wildstorm’s superman. Pre-Nu52 he was an alien warlord. Here he is a Team 7 team member who got genetically enhanced into him.

But before that, we see Slade appear in the final three issues of The Ravagers. There he is given a mystical blade to gather and capture the team, including his daughter Rose.

We go into the final two issues as Jordan also ties up one other set of loose ends. Grant, Jericho, and Adeline from Higgins and Liefelds run. Jericho has his mother and brother under his control and Lynch wants him to Control Majestic. Jericho wants the superman for himself.

The final issue ends tragically but gives finality to both Team 7 and Deathstroke. Overall this arc closed the door a lot better than other runs where they either just end or they do the wrap up far sloppier.

So that was the end for Deathstroke before DC eventually return to the Merch during DCYou with Tony Daniel taking over. So turn in then.