It’s time for the main event. The run that inspired me to do this whole retrospective in the first place! Tonight I’m going to be talking about Christopher Priest’s 51 issue run of Deathstroke! Like the prior two volumes, this one disregards the events of those other runs, and this time that approach totally works to its advantage. 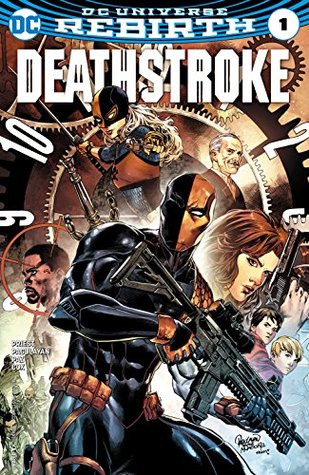 Slade is no longer de-aged, Rose is Hmong once again, Adeline is alive again, Grant died facing the Teen Titans, etc etc. And we start this run with a bang as Slade gets a new suit, rescues his long friend Wintergreen, and finds out that someone has put a hit out on his daughter Rose.

Slade now works with his little girl as they have a run in with Batman and Damien-Robin. Later on he has a run in with Superman. There’s a WHOLE lot more than that but it would make this summary absurdly huge. Priest sets up multiple plot points, many of which aren’t resolved in this arc, and has so much character and depth. 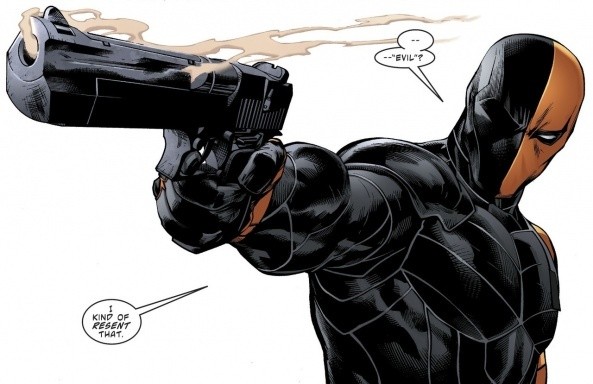 This is a fantastic start to an amazing run that has one of the best handling of Slade Wilson since Marv Wolfman last wrote him! He’s a complicated character who can emote but has such a hard way to do it and it’s in ways that most people would have to struggle to realize. He does love his family but there are so many things he just can’t help but do to show how he cares.

I cannot recommend this arc/run enough times! Check it out!